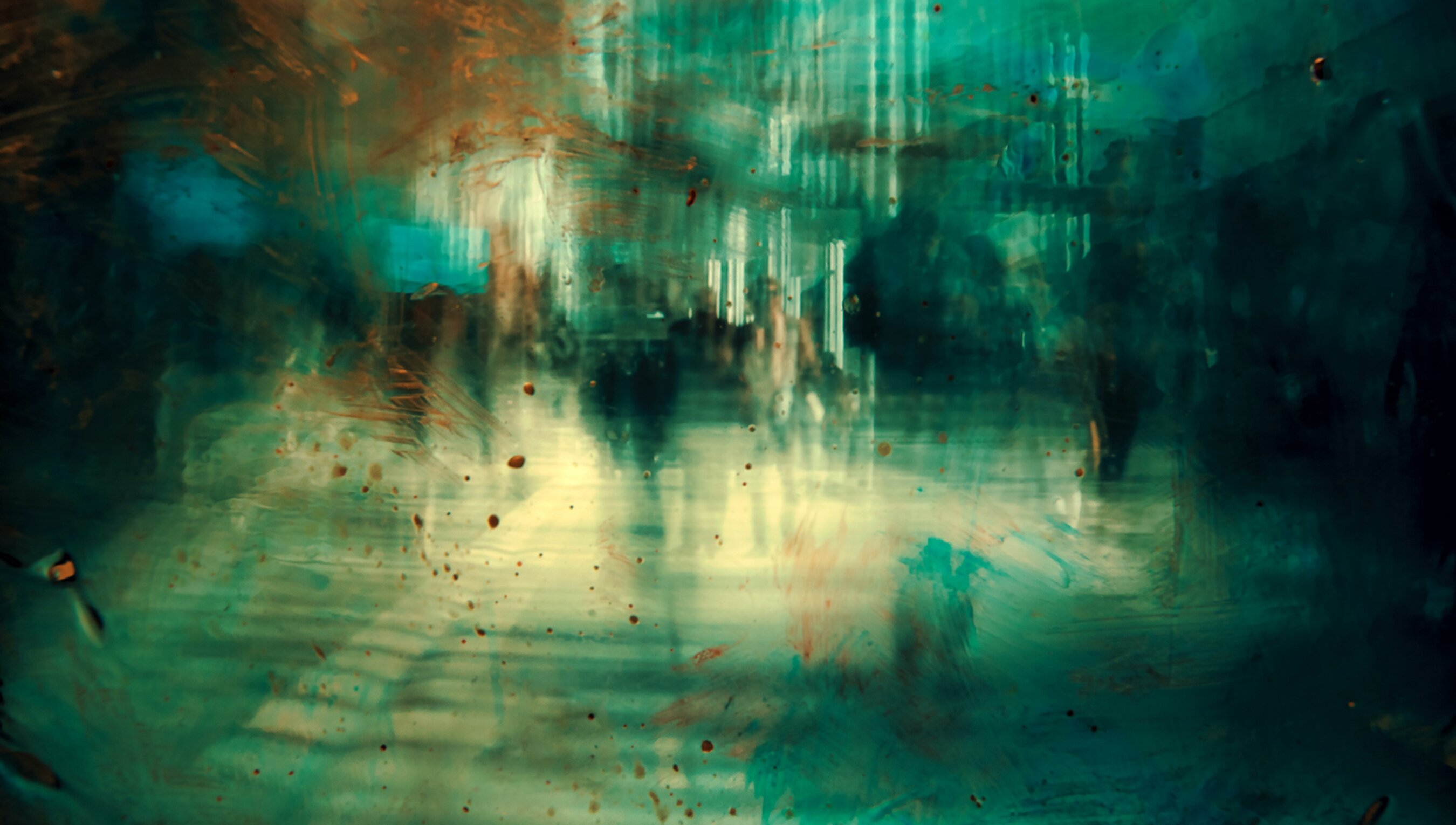 Memory involves the whole body. It’s how the self defies amnesia

is a writer based in the UK. Between 2013 and 2016, he led Who Are You Now?, a life-writing project that published the stories of brain-injury survivors. His memoir Tell me the Planets was published in 2018.

When you wake up in the morning, how do you know who you are? You might say something like: ‘Because I remember.’ A perfectly good answer, and one with a venerable history. The English philosopher John Locke, for example, considered memory to be the foundation of identity. ‘Consciousness always accompanies thinking,’ he wrote in 1694. ‘And as far as this consciousness can be extended backwards to any past Action or Thought, so far reaches the Identity of that Person.’

For most of us, the question of where identity comes from doesn’t have much bearing on day-to-day life. We don’t have to try to remember who we are; it just happens. But for the growing number of people who survive brain injury every year, it can be a different story. If you survive an accident or an illness that limits your ability to form new memories, leaving you with what’s called ‘anterograde amnesia’, you might be forced to look elsewhere for your sense of self.

Over the past 15 years working at Headway East London, the UK-based brain injury charity, I’ve met many people for whom anterograde amnesia has been the cause of profound existential change. Sadie, a paediatric nurse and mother of two who survived a stroke. Gretha, a city worker who fell ill with an infection. Henry, a greengrocer who suffered heart failure during a violent assault, his brain starved of oxygen. They have all recovered well from a medical perspective but, because of amnesia, they find new conscious memories difficult – or impossible – to form. As a result, they live with great uncertainty and disorientation, not to mention dramatic restrictions on their day-to-day freedoms.

The ability to form new memories underpins almost all aspects of personal and professional responsibility. Sadie, Gretha and Henry all became unemployed after their brain injuries, and lost many of the connections and roles that gave meaning to their pre-amnesia lives. Both Sadie and Gretha were forced to move home to live with elderly parents, Henry to sheltered accommodation. When they aren’t at home or at Headway’s centre, all three of them are shadowed every minute of the day by support workers.

The adjustment to amnesia can take a punishing psychological toll. Sadie, for example, lived with terrible anxiety for several years after her stroke. I remember how, as her frustration and panic peaked, she would fly into rages, often targeted at her blameless support worker. In the absence of any conscious recollection of what had led up to these furies, Sadie was at a loss to explain or contextualise them. It seemed to me that, as in a nightmare, she knew only that she didn’t know what was going on.

This is a frightening lesson about what it means to live without the ability to form the conscious thought-memory described by Locke, what psychologists now term ‘autobiographical’ memory. Recollecting recent events allows a person to orient themselves, ground their sense of identity and maintain a narrative thread that coherently places them in the world.

But I want to caution against the idea, intimated by Locke, that the ongoing formation of conscious memory is the same thing as identity. Despite their often-bewildering conditions, every amnesia survivor I know is a distinct, vivid human being – they each have an inimitable character and a strong sense of self. What is it, in the absence of recent memories, that allows them to know who they are?

Many survivors have significant memories of their pre-injury lives, formed before amnesia set in, and these old memories can help anchor their identities. Sadie’s relationship with her children, for example, is still hugely important to her. But, at the same time, Henry barely ever refers to his life before injury, and some survivors I know prefer to forget who they used to be. Even when pre-injury memories do play a role, I’m convinced that few survivors rely on them alone. Instead, Gretha, Sadie and Henry have all found new ways to stabilise and feed their sense of self through action: through habits and roles that allow them to keep growing and learning.

Since his injury, Henry has built a career as an artist. Though his conscious memories of this inevitably fade, he gravitates to the art studio with an unerring reliability, drawn back there by the positive feelings his work produces in him. A couple of years ago he was asked to design a badge for Headway members to wear at an exhibition opening event. It read ‘ARTIST’. He kept his copy and wears it frequently, though I believe he now has no conscious memory of the event it was made for.

Gretha speaks eloquently about how her own drawing practice, which she started at Headway, helps to orient her: ‘I know my own handiwork. I know who I am. It’s not always strong but it’s always me.’ She also speaks of its positive influence on her mood, an influence that works even in the absence of conscious recollection: ‘I’m happier when I’ve been in the art studio even if I can’t remember I’ve been there. It’s like, even if you haven’t got the Champagne glass in your hand anymore, but you drank the Champagne, do you not feel pissed after?’

When Sadie sings during the music sessions at the centre, demonstrating her astonishing range and word-perfect recall of Motown classics, it can feel strange to know how profound her amnesia is outside this context. I also remember a day when one of the staff at Headway brought in her newborn baby to visit. On seeing them, Sadie dropped out of the excitable, somewhat distractible mode that often occupies her at the centre and calmly took the baby in her arms. She cradled the newborn with assurance while asking the mother acute, sensitive questions about its health and sleeping habits.

Sadie has a rich memory of her life before the injury, including her years as a paediatric nurse. The encounter with the baby surely evoked both the ‘skills’ associated with that time, or what researchers would call ‘procedural’ memories, as well as the explicit, autobiographical ones. But I think the experience was more than the sum of these parts; she hadn’t simply reverted to the past. For a moment, and perhaps for the first time since her injury, Sadie was the most centred person in the room: oriented not just to the child in her arms and to the adults around her but to her own identity. I was watching her in the throes of a whole-person, embodied memory: a moment that unified her historical expertise, unconscious physical habits and consciously remembered experiences with her present intentions, bodily sensations and deeply felt emotion. I only wish I had asked her, in that moment, how she felt.

It was reading a blog post by the philosopher Mark Rowlands, discussing his idea of ‘Rilkean memory’, that finally gave me language for this hitherto unspoken intuition. Rowlands chose the name because of something that the poet Rainer Maria Rilke wrote in 1910 about how poetry emerges from memories:

… memories themselves are not important. Only when they have changed into our very blood, into glance and gesture, and are nameless, no longer to be distinguished from ourselves – only then can it happen that in some very rare hour the first word of a poem arises in their midst and goes forth from them.

Unlike Lockean autobiographical memory, which is a property of conscious thinking alone, Rilkean memory lives in the action of the whole body, arising from the ‘behavioural disposition’ or ‘enduring mood’ that’s left behind when conscious, narrative memory fades away. When persistent and entrenched enough, Rowlands says, these dispositions and moods become an ‘existential style’, a way of being that can hold a person together in the face of ‘catastrophic memory loss’.

This is what I see in brain injury survivors such as Henry, Gretha and Sadie. When they take part in practices that mean something to them, they become absorbed in living truths that remind them who they are. Amnesia survivors, who have lost the conscious memory-formation so vulnerable to brain injury, are most themselves in contexts that continually reinforce their embodied tendencies, their bodily dispositions and feelings. The places where they are most confident in their identities are the ones in which they are supported not merely to think but to do the things they love. To support these survivors, we must take seriously the idea of whole-body, whole-person memory, and look for ways to reinforce it, wherever we can.

When I wake up each morning, there are things I recognise as part of ‘me’. The aura of dream is replaced almost immediately by a continuity of thought from the previous day. And behind this are layers of familiar sensation: the dryness of my skin; the exaggerated sensitivity of my hands; the way my eyes want to hide from the daylight; the empty feeling of my typical morning hunger; and the bodily restlessness that will soon get me out of bed. Words are there even before I realise it, and I feel a pang of regret as I break the silence. Then I look at my partner, stirring next to me, and recognise another whole domain of identity: the people I share my life with and the feelings they bring to life. It’s a cascade of embodiment, of tendency, of self, that emerges. Doubtless, if I survived a brain injury, some of these things might change or disappear. But not all of them.