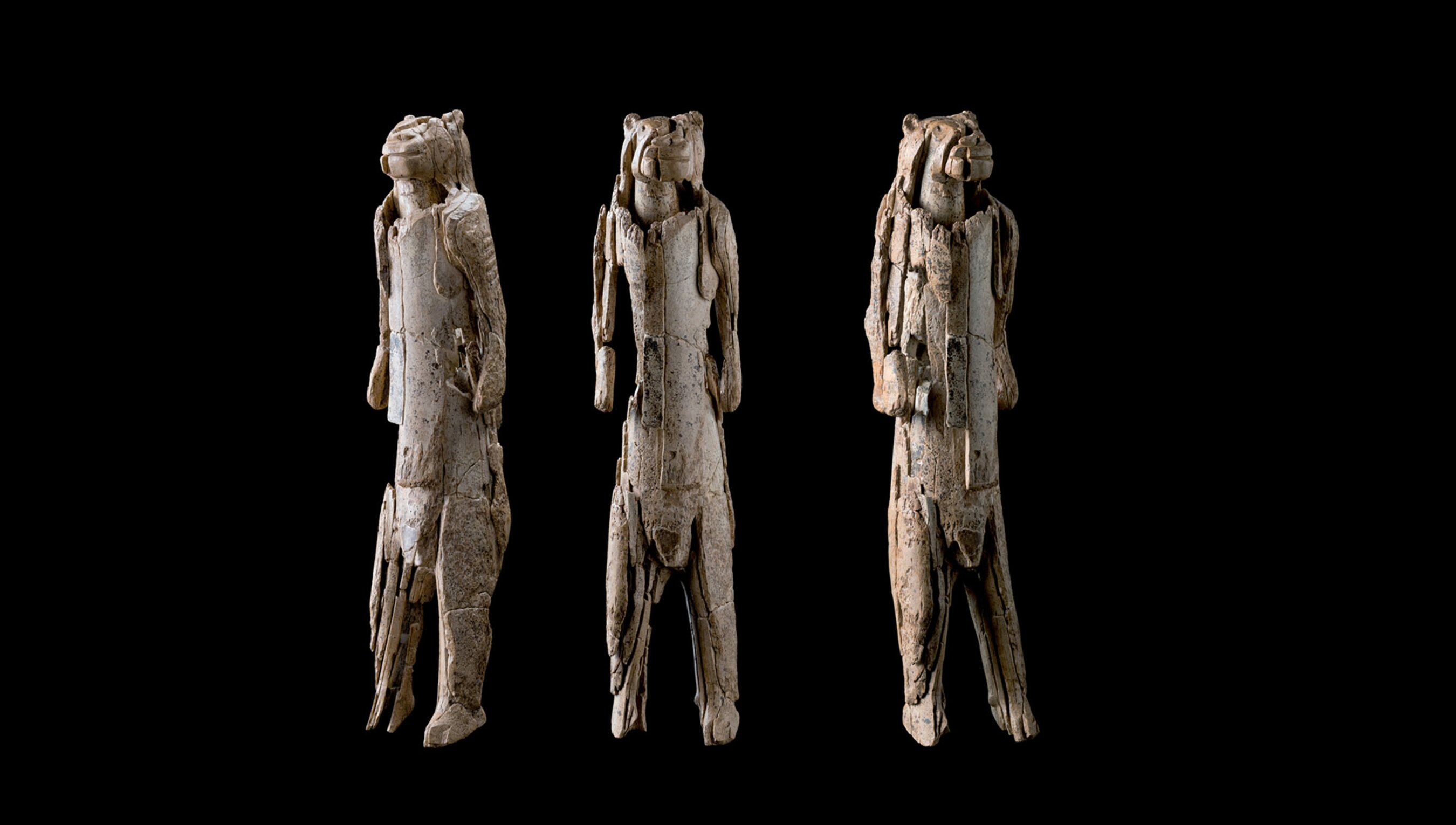 Like all other animals, our species evolved by gradual processes of natural selection that equipped us to survive and reproduce within a certain environmental niche. Unlike other animals, however, our species managed to escape its inherited biological role and take control of its own destiny. It began to innovate, actively reshaping its way of life, its environment and, eventually, the planet itself. How did we do it? What set our species, Homo sapiens, apart from the rest?

Searching for just one event, a decisive change in culture or brain structure, would probably be a mistake. For more than 1.5 million years, archaic humans (earlier Homo species, such as Homo erectus) had been slowly diverging from the other great apes, developing a way of life marked by increased collaboration. They made simple stone tools, hunted together, might have cooked their food, and probably engaged in communal parenting.

Still, their lifestyle remained largely static over vast periods of time, with few, if any, signs of artistic activity or technical innovation. Things started to change only in the past 300,000 years, with the emergence of our own species and our cousins the Neanderthals, and even then the pace of change didn’t quicken much until 40-60,000 years ago.

What caused our species to break out of the pattern set by archaic humans? Again, there were probably many factors. But from my perspective as someone who studies the human mind, one development stands out as of special importance. There is a mental ability we possess today that must have emerged at some point in our history, and whose emergence would have vastly enhanced our ancestors’ creative powers.

The ability I mean is that of hypothetical thinking – the ability to detach one’s mind from the here and now, and consciously think about other possibilities. This is the key to sustained innovation and creativity, and to the development of art, science and technology. Archaic humans, in all probability, didn’t possess it. The static nature of their lifestyle suggests that they lived in the present, their attention locked on to the world, and their behaviour driven by habit and environmental stimuli. In the course of their daily activities, they might accidentally hit on a better way of doing something, and so gradually acquire new habits and skills, but they didn’t actively think up innovations for themselves.

How did hypothetical thinking develop? I want to introduce two suggestions, one by the Israeli linguist Daniel Dor, the other by the American philosopher Daniel Dennett. Neither is directly about hypothetical thinking but, combined, they offer a compelling picture of how humans acquired the capacity for it.

They could use this ability creatively, to tell stories, create myths, and deceive each other

Dor’s proposal, made in his book The Instruction of the Imagination (2015), is about the nature and origins of language. In outline, the story is this. As their societies became more collaborative, archaic humans needed to communicate in more complex ways, warning, assisting, advising and instructing each other. They did this pantomime-fashion, using gestures, expressions and vocal mimicry to direct attention to what they meant. Their object was what Dor calls ‘experiential mutual-identification’– to get their interlocutors to share and acknowledge their experience, to see what they saw, feel what they felt, react as they reacted. They were highly skilled at it. Yet this experiential-mimetic form of communication had a serious limitation. Because it worked by sharing experience, it was limited to communication about things that were on hand to be experienced. You could communicate that there was a wolf approaching only if you could get your hearers to see the creature for themselves. You couldn’t communicate about things distant in time and space. As early human societies became more complex, this limitation became more serious.

Dor doubts that archaic humans ever overcame this problem, but he argues that our species, and probably the Neanderthals, solved it with a neat trick. It didn’t require new communicative tools, just a new use of the old ones. The trick was to take the sound or gesture already associated with a thing and use it in a new way – not as an invitation to experience the thing, but as an instruction to imagine it. When a speaker made the ‘wolf’ sound when no wolf was present, their hearers drew on their memories of wolves to imagine a wolf somewhere out of sight. If the speaker added the sound for ‘hill’, their hearers combined memories of wolves and hills to imagine a wolf on the hill, and reacted accordingly. With this, communication was released from the here and now. As Dor puts it, a Rubicon was crossed: ‘For the first time in the evolution of life, humans began to experience for others, and let others experience for them.’ This was the birth of language.

Over time, Dor explains, humans gradually improved this new technology of communication. They mutually identified new signs for things important to them, creating a ‘symbolic landscape’ that carved up the experienced world into discrete features, and they settled on conventions for linking signs together in ways that indicated the relations between the features specified. (These conventions weren’t explicitly agreed, of course; they developed tacitly, as social conventions often do.)

If Dor’s suggestion is right, then language would have paved the way for hypothetical thinking. Language enabled humans to learn about things they hadn’t experienced themselves. But it enabled more than that. By combining linguistic elements in different ways, speakers could issue instructions for imagining an unlimited range of things – not only things their hearers hadn’t experienced but things no one had experienced. They could instruct them to imagine what might happen, what should happen, even what could not happen. Gradually, they would have discovered that they could use this ability creatively, to tell stories, create myths, and deceive each other. And, crucially from our perspective, they would have discovered that they could use it to propose hypotheses. As they talked over a bad day’s hunting, they could suggest explanations for what went wrong, propose ways of doing things better, and put forward plans for the next day.

At first, such hypothetical thinking would have been a social process. Speakers didn’t think up ideas privately and then share them. (How would they have done that?) Rather, they created new ideas in the act of talking, playing around with instructions to each other’s imaginations and waiting till they hit on one that got a positive response. It was a collective process of trial and error. How then did humans make the transition to solitary hypothetical thinking, conducted in the privacy of their own minds?

Humans created the sense that there was a private world inside them, where their real self lived and thought

Here we come to Dennett’s suggestion, made in his book Consciousness Explained (1991). Dennett’s concern is with consciousness – the stream of thoughts, ideas and impressions running through our minds. It is tempting to think that producing consciousness is a central function of our brains, and perhaps of the brains of other animals too. Dennett suggests that this is not so. Our brains, he argues, are composed of multiple specialist systems, which operate non-consciously and in parallel. The conscious mind is a temporary level of organisation – a ‘virtual’ system – that we create for ourselves through certain learned habits of self-stimulation.

In brief, the idea is this. Once they developed language, our ancestors would sometimes talk to themselves, at first by accident. And when they did, they would hear their own utterances and, often, react to them as they did to other people’s. When they asked themselves a question, they answered; when they admonished themselves, they worked harder; when they reminded themselves, they focused more, and so on – these reactions being generated spontaneously by non-conscious processes. Sometimes, one utterance would provoke another, and that another, and so on, generating a lengthy train of thought. This process of mental self-stimulation helped to coordinate the resources of different brain systems, and it proved useful, enhancing self-control and promoting sustained patterns of behaviour. Humans formed habits of private speech and gradually developed the ability to talk to themselves silently in inner speech. They also adopted other forms of mental self-stimulation, such as drawing pictures or visualising them. Elaborated and refined, the stream of self-generated speech and other imagery, and the associated mental reactions, came to form what we call the conscious mind.

Though made earlier, Dennett’s suggestion complements Dor’s nicely. When our ancestors started to talk to themselves, they were learning to instruct their own imaginations, and it would not be a big step from this to using the instructive process in a creative way, privatising practices that had previously been social. Now, when they faced a problem, they could explore it on their own, stimulating themselves with questions, suggestions and visual images (‘Why is it slipping?’, ‘Try the other end’, ‘I could arrange them like this’). These actions generated reactions in the form of more inner speech (‘It needs to be tighter’, ‘That’s better’, ‘That would look nice’) and feelings of satisfaction or frustration, which might prompt another round of self-stimulation. The process was still one of trial and error, of waiting to hit on a good idea. In this respect, it was no different from the way that archaic humans had learned new skills. The big difference was that humans could now take control of the process, rapidly and systematically exploring new possibilities in their minds rather than waiting for the world to present ideas to them. They now had a method of invention.

As they cultivated these habits, mentally stimulating themselves and paying careful attention to the results, humans did something else, too. They created the sense that there was a private world inside them, where their real self lived and thought, a world that sometimes seemed more real to them than the one around them. In a sense, they created their own conscious minds and selves.

If Dor and Dennett are right, the key factors in setting humans on their unique path were the invention of a new way of communicating and the discovery of how to use it creatively, first socially and later in private. These activities are now central to human life, and our brains and vocal systems have probably become adapted in many ways to facilitate them, but they were initially cultural innovations. We might say that humans’ greatest invention was the invention of invention itself.

This Idea was made possible through the support of a grant to Aeon from the John Templeton Foundation. The opinions expressed in this publication are those of the author and do not necessarily reflect the views of the Foundation. Funders to Aeon Magazine are not involved in editorial decision-making. 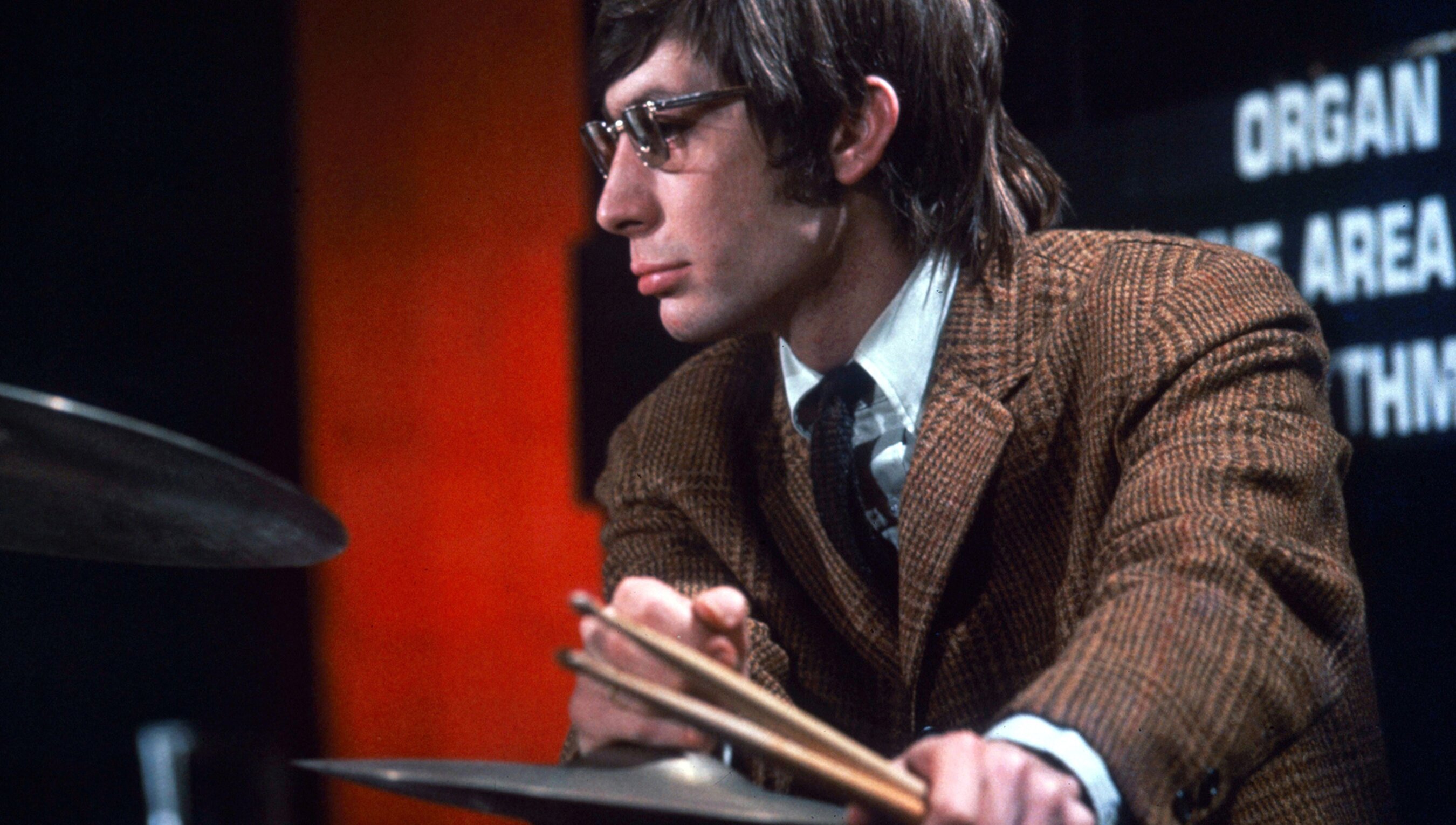