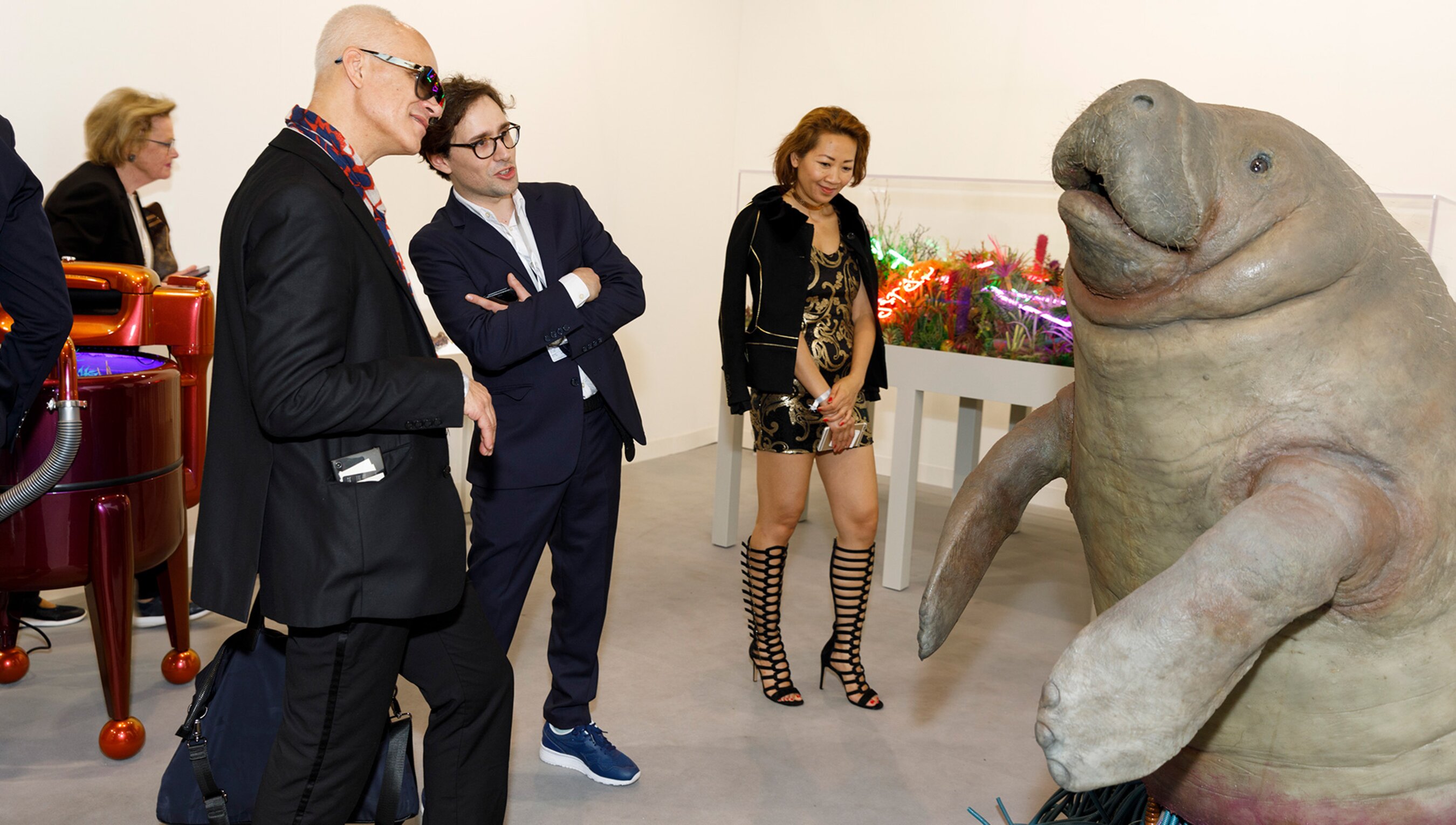 is assistant professor of philosophy at Bowling Green State University, and the author of Why It’s OK to Speak Your Mind (2021).

What constitutes a flourishing human life? This question has exercised philosophers for as long as there has been philosophy. Human flourishing is presumably both a personal and a political goal ­– we want ourselves and our loved ones to flourish, and we also want to create institutions that best promote human flourishing. But these aims necessitate a systematic enquiry into what makes a life well lived in the most general sense.

One compelling and distinctive answer comes from the ancient Greeks, first fully developed in the writings of Aristotle. Aristotle thought that what it takes for something to flourish, or be excellent, depends on the kind of thing it is. For example, a good knife is one that cuts well. But what explains this fact? The obvious answer here is that a knife is an object with a function – namely, cutting. A good knife is one that will be able to carry out this function well: by being sharp, having a sturdy handle, etc. What makes a knife good is not what makes a table good, because a table has a different type of function. So, according to Aristotle, in order to have a sense of what makes something good, we need to discover its ergon, or function.

Well, what is the ergon of human beings? Since a thing’s function is supposed to be its distinctive work, Aristotle thinks that we need to ask what makes humans distinctive. When we look around at the animal kingdom and inanimate reality, the distinctive feature that only humans possess, Aristotle argues, is reason. Thus, a flourishing human being exhibits the proper development and exercise of the rational capacities, over the course of a reasonably complete life.

How might we cultivate our reason? A tempting initial picture here is the solitary thinker, engaged in contemplation: reason is that capacity, unique to humans, that helps individuals come to discover truths about complex matters that aren’t directly accessible by perception and intuition. Recent work in cognitive science dramatically undermines this picture, however. In their book The Enigma of Reason (2017), Hugo Mercier and Dan Sperber argue for an ‘interactionist’, rather than an ‘intellectualist’ picture of reason. The basic idea is that our capacity to reason is essentially social. Reason is dialogical by nature – we use it when we share our reasons with others and evaluate theirs in turn.

Decades of research suggest that reason is lazy and biased in our favour. In the interactionist picture, these are features, not bugs – they allow for an elegant division of cognitive labour, enabling us to arrive at the truth by working together. Our legal system, though predating these arguments by hundreds of years, embraces the biased nature of reason. Each lawyer is, in a way, meant to be biased. But that’s not a problem, because justice is meant to emerge from the interaction between each side’s lawyers, the jury and the judge – it’s not up to the individual lawyer to decide. Similarly, truth can emerge as a result of each side giving their reasons, because, although we’re biased when evaluating our own reasons, we’re relatively good at evaluating the reasons of others.

If the interactionist picture is right, then the development of our rational capacities requires outward expression and engagement. Good reasoning, then, is much more like tennis than like mountain climbing – one can, in principle, do the latter alone, but to become better at tennis, one must find someone else to play with, preferably of a similar skill level. Analogously, in order to develop our rational capacities, we must find others who can challenge our ideas and expose us to different ways of thinking about things. We can’t reason well if we surround ourselves with people who think exactly like us. Indeed, a large body of social scientific research suggests that groups of likeminded individuals, no matter how smart or educated they are, often reason very poorly, especially if they have affective ties to one another.

If this is right, recent trends give us reason to worry. Opinion polls suggest that more and more people are reluctant to voice their true opinions on social and political matters, due to fear of isolation. By one estimate, this number has tripled in the United States, since the height of the McCarthy era. A further worrying aspect of the data is that individuals with higher levels of education are more likely to engage in self-censorship. Given that the US has strong legal protections for free speech, the fear mostly results from the social pressures that people feel to intellectually conform on particular matters.

Expressing our true opinions can threaten our social standing, and the maintenance of reputation is a key motivator for many people. However, if speaking our minds is important to developing ourselves as rational creatures, and if such development is at least one important aspect of the good life, then we ought not to sacrifice it willy-nilly at the altar of social status. Status is an important good, but Aristotle argued that it’s plausibly subordinate to the ultimate good of human life, whatever it might be. Status is good because it helps us achieve valuable goals; it’s not the ultimate goal in and of itself.

The interactionist view of reason also has broader social implications. As the philosopher Seana Shiffrin argues, one neglected but crucial justification for having robust free-speech protections is thinker-centred. To develop as unique and independent thinkers, to figure out the truth for ourselves, and to be recognised for the individuals that we are, we must be able to express our ideas and gain feedback from others. We can’t fully develop our own ideas without being able to externalise them and evaluate them at a distance. At the extreme, if we have no method of communicating with others, we can break down and lose touch with reality itself – as often occurs in the case of prisoners facing solitary confinement.

To be sure, being unable to speak our minds freely isn’t strictly on par with solitary confinement. Rather, Shiffrin’s point is that the setback involved lies along the same spectrum. Being unable to say what you really think is a mild version of the kind of problem that total isolation brings; it is akin to being locked in a mental prison, with nobody to share your thoughts with. In this way, we have important interests as thinking beings, which can only be properly realised within a regime that allows robust free expression.

However, as John Stuart Mill emphasised more than a century and a half ago, legal protections often aren’t enough – as social creatures, we’re very sensitive to ostracism as well as the professional costs that might accompany our speech. Given recent trends then, there’s a pressing need for further enquiry into how we might promote and cultivate habits of speaking our minds, and how we might (re)structure our intellectual institutions to allow multiple perspectives to exist and engage with each other. If Aristotle is right, these might be necessary, but perhaps underappreciated, conditions for our flourishing.

This original idea draws on the book ‘Why It’s OK to Speak Your Mind’ (2021) by Hrishikesh Joshi, published by Routledge.