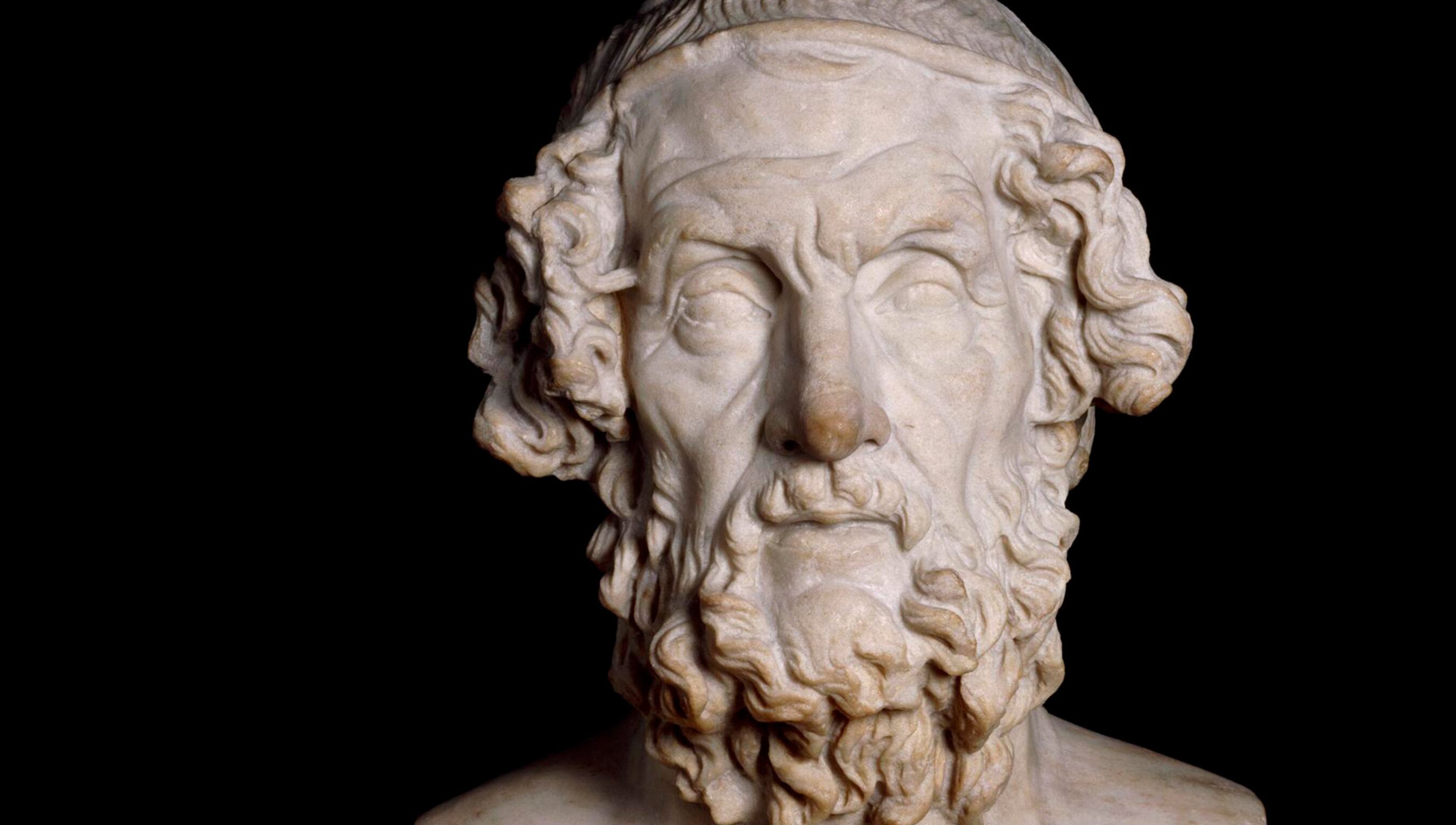 is professor of psychology at Northeastern University in Boston. She is the author of The Blind Storyteller: How We Reason About Human Nature (2020), from which this piece is adapted.

Remy, the Harvard Humanities cat, has an orange coat, a focused agenda, and a strong scholarly mission. He spends his mornings in the library, his afternoons at the physics lab, and he pulls all-nighters at the law school.

No, Remy doesn’t investigate particle physics, or worry about free will and legal responsibility. Remy was born a cat, and this biological fact predestines him to see the world through the inborn prism of his feline cognition. Certain notions come to him naturally. Remy can reckon the trajectory of his chipmunk victims with exquisite precision. But it is doubtful he will ever show remorse for their misfortunes.

Not only do certain concepts fall beyond his grasp, but Remy is unaware of his blindness. He will live his entire life utterly oblivious to these cognitive confinements. These epistemic shackles arise for an obvious reason: the biological fact that Remy is a cat innately limits what he can grasp, including his awareness of his condition.

But if biology can innately limit the mind of a cat, could we humans, also creatures of nature, be subject to a similar destiny? Could nature predispose us to innately hold certain notions and ignore others? Worse yet, could biology conceal from us who we are?

This possibility seems, at first, farfetched. This is not because we believe our cognition is infallible – the eternal search for our misplaced car keys is testament enough that our memory and attention are limited. We also readily accept that these cognitive limitations arise from our biology: to forget, we say, is human. But such biological imperfections, it seems, are superficial and transitory. They merely limit the momentary capacity of the vessel that holds our information.

Much like we lose track of the glasses that are right on our nose, these basic concepts are so deeply ingrained in our psyche that it is difficult for us to recognise they exist

What’s in the vessel, by contrast, seems boundless. People tend to believe that their ideas – the notions they know and believe – have no innate biological limits. Ideas arise from one’s mind, not nature. And it is this that sets humans apart from our feline friend. Remy is seen as the blind slave of biological instincts, whereas we, the enlightened, inhabit the epistemic land of the free.

These common intuitions about what our ideas are and how they arise – from nature or nurture – constitute a psychological theory. For the most part, this theory is tacit: few of us ever stop to ponder these questions. But this tacit psychological theory encompasses our self-image. It depicts human nature as we see it. This is who we think we are.

Like all theories, however, this intuitive psychological theory must be spelled out and evaluated by evidence. How accurate is our self-image? Does it indeed surpass that of the cat?

To find out, we need a psychological vision test of sorts. Vision tests comprise of two parts: we first evaluate our subject, and then compare it against some normative benchmarks. This same logic applies to tests of self-vision. We first need to gauge our self-image, that is, our psychological intuitions about how our ideas arise. Next, we can compare these intuitions against the findings emerging from psychological science.

We will start with some of our most basic notions, such as number (1+1=2), morality (helping others is good) or language (why do we blog, not lbog?). How do we know all this? Do young infants tacitly maintain the same?

When laypeople are asked this question, they believe the answer is obvious: I have learned it somewhere, much like I have learned to read and drive, and have memorised the facts of history. Likewise, when shown how one could probe into the tacit knowledge of young infants (via carefully designed behavioural experiments) and asked to predict the outcomes (would infants show command of these notions?), people categorically respond: ‘No way!’

But this confidence is unfounded. Research has documented each of these notions in very young infants, some of them evident in newborns. These results are hard to believe, and for good reason. Much like we lose track of the glasses that are right on our nose, these basic concepts are so deeply ingrained in our psyche that it is difficult for us to recognise they exist. Yet we would certainly notice if these notions were violated. For example, if you were to see a flying object disintegrate in midair (as in the tragic space shuttle Challenger disaster of 1986), you’d immediately recognise that something went awfully awry. You’d be surprised precisely because you know that objects are cohesive.

We assume that abstract ideas must be learned, but we are all too happy to presume innate emotions

Remarkably, so do newborn infants. This becomes evident when researchers compare infants’ responses with possible and impossible trajectories of moving objects. Newborns are likewise equipped with a basic understanding of number (they treat four things alike, and distinguish them from 12 things, no matter if they are sounds or lights) and of language – their brains process ‘good’ syllables, such as blog, more readily than ‘bad’ ones, such as lbog. Slightly older infants prefer characters that help others to the ‘bad guys’. Most laypeople, however, believe that they don’t. It’s clear, then, that people often presume that ideas – notions such as object, number, morality and the rudimentary structure of language – cannot possibly be innate.

To be sure, people do not uniformly deny all forms of innateness. When asked to intuit about the origins of emotions, people assert that infants are born preferring happy faces to angry ones, and they believe that the physical expressions of emotions are universal. For example, they expect remote hunter-gatherers to recognise emotions from facial expressions, just as ‘Westerners’ do. Whether infants recognise expressions, and whether people from hunter-gatherer societies share the same repertoire of emotions with ‘Westerners’, is actually disputed. For laypeople, however, the answers here seem obvious. People assume that emotions are inborn, as are our sensory and motor capacities. Yet, as noted, they do not presume the same for abstract ideas.

These results suggest that, much like our friend Remy, we, humans, are in a double bind. Not only do we fail to grasp our psychological reality, but we are often oblivious to our nearsightedness. We assume that abstract ideas must be learned, but we are all too happy to presume innate emotions, for instance. How do these attitudes arise? And why does the notion of ‘innate ideas’ have the ring of an oxymoron?

One possibility is that the blame lies solely with our many learning experiences. Another is that we worry that innate differences between individuals could engender discrimination. These suggestions do explain some of our troubles with innateness, but they fail to explain why we are specifically resistant to innate ideas. Indeed, it’s hard to see how an innate understanding of ‘object’ could lead to social injustice, nor is it evident why the notion of ‘object’ is considered more amenable to learning than ‘happiness’.

I believe the real reason lies deeper. We are the victims of an epistemic conspiracy that obscures from us the workings of our own minds. The instigators are not a foreign political power, some alien invaders or a vicious AI that has colonised our brains. Rather, the conspiracy arises entirely from within, and its agitators are two fundamental principles of human cognition.

One cognitive principle – essentialism – is the belief that every living thing is what it is because it is born with some special ‘essence’ that defines it as such. Remy the cat is what he is because he has a catly essence that he inherited from his feline parents. Critically, that essence is embodied – a tiny portion in the cat’s ‘insides’.

But a second principle – dualism – suggests to us that our minds (including the ideas that they hold) are ethereal, distinct from our material bodies. It is precisely because we think of minds as ethereal that many believe that minds persist in the afterlife, after the demise of the material body. So per dualism, minds aren’t made of bodily matter.

Now, dualism and essentialism aren’t just a Western invention. Both principles have been documented in children and adults across cultures. Both have good evolutionary reasons for existing, as they guide our initial understandings of objects, the minds of others, and living things. But when we instinctively apply these principles to our thinking about our own psyches, they collide to distort our reasoning.

If we believe that the mind is ethereal, distinct from the body, then ideas (notions such as ‘helping others is good’ or ‘objects are cohesive’) must be disembodied as well. Per essentialism, however, we know that innate traits such as eye colour must be embodied. So, if ideas are disembodied, and innate traits must be embodied, it therefore follows that (in our minds, anyway), ideas cannot be innate.

This theory also explains why it is that people are far more amenable to accepting the innateness of emotions, sensations and motor plans. Each of these psychological states can be linked to a bodily organ – that happiness and anger manifest in the face, that we sense with our eyes, ears and mouth, and that we act by moving our bodies. And since essentialism is satisfied, innateness, here, does not seem implausible.

This intuitive psychology (specifically, intuitive dualism and essentialism), then, leads us to accept the innateness of emotions, sensations and actions, but reject the innateness of ideas. And if intuitive dualism and essentialism are innately constrained (inasmuch as they arise from innate core knowledge – an uncertain, but not implausible possibility), then it is our innate ideas themselves that make us believe that ideas cannot be innate.

Research suggests that the conspiracy is real, and the implications are far-reaching. Not only do people presume that ideas cannot be innate, but this presumption is demonstrably linked to their conviction that ideas are ethereal. These results suggest that the ‘nature-nurture wars’ that have consumed our intellectual life for millennia could be tainted by biases that arise from within.

The conflict between dualism and essentialism also leads to a whole host of misconceptions about personal and social matters, from why we worry about an AI takeover to our irrational fascination with the brain; from why we wrongly view affective psychiatric disorders as destiny, whereas cognitive disorders such as dyslexia seem only ‘in the mind’; even the notion of ‘the true me’ falls victim. All these views are stories that we tell about our human nature. And in the best tradition of Greek tragedy, it now appears that we, the storytellers, are innately blind.

While blindness is in our cards, our destiny is not sealed. Cognition, after all, is comprised of multiple ‘instruments’ – think a jazz band, not a solo sax. We can dampen some of the false tunes of core cognition by attending to the instruments of reason. And we certainly should, lest that sax solo lead us to the garden path of irrationality, wreak havoc on our science and technology, and promote social prejudice. But a more accurate understanding of our human nature requires that we take a hard look within.