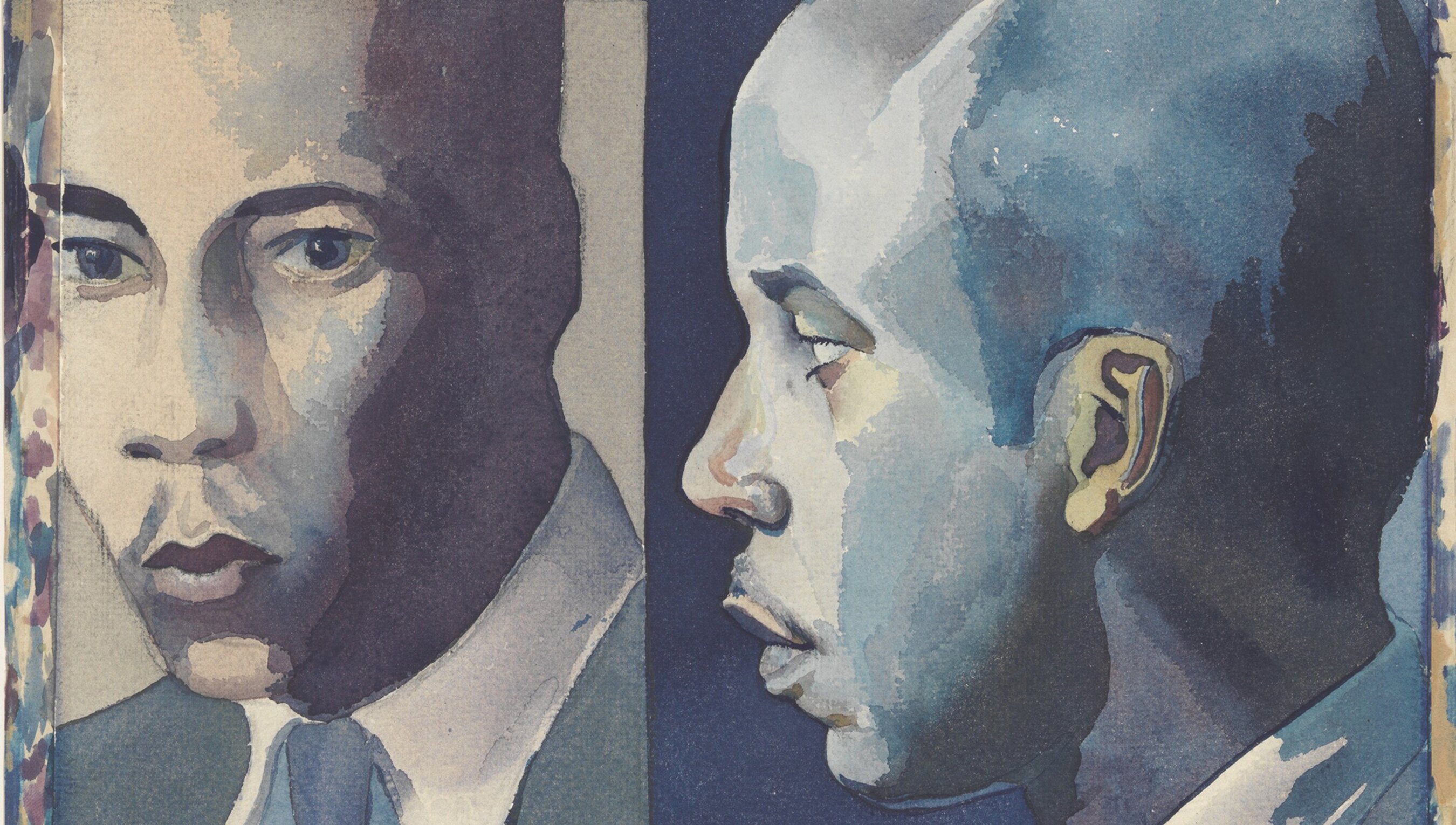 is a visiting assistant professor of philosophy at SUNY Oswego. He specialises in epistemology and philosophy of mind, with a particular focus on self-knowledge and how we know our own attitudes.

It seems we know a lot about the contents of our own minds. We know, for instance, that we want our friends and family to be healthy, that we intend to pay this month’s electricity bill, that we believe Myanmar was formerly called Burma, or that we’re experiencing a particular sensation, such as pain. Philosophers have a term for such (alleged) knowledge of facts about our own minds: self-knowledge.

Dating back at least to René Descartes in the 17th century, it has seemed to a number of philosophers that not only do we possess self-knowledge, but that there’s also something special about the nature of some of the self-knowledge we possess. We can begin to see why by investigating our knowledge of other people’s minds. Consider, for instance, how you might come to know that a friend of yours is in pain from a headache. The way that you would come to know this fact is via observations of your friend’s behaviour or through her testimony. Perhaps she puts her head in her hands, or pops some painkillers, or simply tells you that she’s in pain. But the same isn’t true of how your friend knows that she, herself, is in pain. She doesn’t have to observe herself holding her head in her hands, taking over-the-counter drugs, or hear herself utter the words ‘I’m in pain’ in order to possess this self-knowledge. Whatever means she uses to know that she’s experiencing a sensation (whether it’s what philosophers call introspection, or another means) seems to provide her with a more unique, first-personal way of knowing her mind.

In other words, we have a way of knowing facts about the contents of our own mind, such as our sensations or some of our attitudes, via a means that no one else can use to know those very same facts. Let’s call this feature of our self-knowledge the uniquely first-personal feature.

There’s another aspect of some of our self-knowledge that has led philosophers to believe that it’s special: it’s highly secure. The knowledge that we’re in pain, for example, is more secure than the knowledge that anyone else possesses with respect to this fact. If your friend says that she’s in pain, it’s pointless to question her because she’s an epistemic authority with respect to the fact that she’s asserting. She has highly epistemically secure knowledge of the fact in question that is more secure than the knowledge anyone else possesses of this fact. This is the epistemic authority feature of self-knowledge.

What, if anything, is valuable about possessing privileged access in the first place?

Philosophers who think that there’s something special about some of our self-knowledge have typically had in mind some variant of either first-personal uniqueness or epistemic authoritativeness, or a combination of both of these features. The term that they’ve used to talk about such specialness is privileged access. On the view that I am sympathetic with, this just is a matter of possessing authoritative knowledge of facts about one’s mind via a uniquely first-personal means.

Philosophers disagree about whether we have privileged access at all – and if so, how much of it we have. Historically, the most popular answer to this question has been that we do have such access to some of the facts about our minds, and that, when it comes to the sensations that a person is currently experiencing, such as pain, or some attitudes that we possess, there’s no bar, in principle, to us possessing privileged access to such states. More recently, however, there has been growing scepticism about privileged access. The reasons for such scepticism – offered by both philosophers and psychologists – are varied, nuanced and at times convoluted: some, for example, offer empirical data from social psychology experiments that allegedly demonstrate that people routinely mischaracterise the contents of their mind; some focus on metaphysical claims about the nature of our attitudes, arguing that, given what these states are, we simply aren’t able to possess privileged access to most of them.

In support of this claim, let’s do a thought experiment. Imagine a future in which neuroscientists discover a way to implant a chip in your brain whose sole function is to provide you with information about the contents of your own mind. Let’s call such an implant Super Siri. Ask Super Siri whether you believe that it’s hailing outside or fear that you’re being watched or hope that you’ll win the lotto, and Super Siri delivers a response: ‘yes, you do’ or ‘no, you don’t’. Unlike the Siri on my phone, Super Siri is highly reliable. It consistently delivers truths about your mind when you ask it a question, and you know that it’s highly reliable. But, here’s the twist: Super Siri also makes this information about your mind publicly available, and so, with a bit of effort, others can learn the same facts in the same way that you do.

Coming to possess highly justified knowledge of facts about your mind via Super Siri therefore involves possessing knowledge that isn’t uniquely first-personal knowledge. This is because others are able to use Super Siri, as well, to know the very facts about your mind that you learn about via this device. Because of this, it seems that you would cede a large amount of control over such facts. Instead of others having to rely on you – your behaviour or testimony – to know what’s on your mind, they can simply check Super Siri. So, while you might have highly secure knowledge via Super Siri, the tradeoff is that you would cede a significant amount of control over such facts if Super Siri were your only way of knowing them.

In a similar vein, imagine that Super Siri is a uniquely first-personal way of knowing facts about your mind because, in part, it doesn’t make its findings publicly available. The twist this time, however, is that Super Siri isn’t a highly reliable way of knowing facts about the contents of our mind, and hence doesn’t afford us with the type of highly epistemically secure knowledge we would have if we had privileged access. If this were the case, we’d have less control over the relevant facts than we otherwise would if we had a more reliable way of knowing them. This is because others could potentially learn about such facts via alternative, third-personal means –means that afford them with as secure if not more secure knowledge of such facts. Insofar as others already stand in as strong, if not a stronger, epistemic position with respect to such facts, our control over who gets and who doesn’t get to learn about such facts would be more limited. If the control that I’ve been referring to is diminished because either the uniquely first-personal feature or the epistemic-authority feature isn’t met, then it’s even more obvious that such control would be decreased if the means by which we know our own minds lacked both of these features.

And here’s the important point for our purposes: such control is extremely valuable to us. We’ll only be able to accomplish our objectives if we have control of private facts – without control, we don’t stand a chance. It would be impossible for poker players to bluff if they didn’t have control over facts about their own mind. A maths teacher has a better chance of motivating her struggling student to learn if the student is unaware that the instructor believes that he’s not a strong student.

You might think that such control is valuable merely because it affords us a type of privacy concerning facts about our minds. But there are instances in which affording others secure knowledge of our thoughts is important in order to accomplish a particular goal. An estranged lover, for instance, has a lot riding on being able to inform his ex-partner that he still wants to be with her. If he can’t give her such secure knowledge, then they’re not likely to get back together.

We’re goal-oriented creatures and possessing privileged access makes it more likely that we’ll be able to accomplish our goals. If the versions of Super Siri discussed above were the only way that we could know the contents of our minds, then we’d have less control over facts about our minds than we would if we possessed privileged access to such facts, and hence we’d be less successful agents.

I’ve largely focused on what some might see as relatively trivial facts about our minds, such as facts about our sensations and some attitudes. But note that these states determine, in part, why we act the way that we do. And it’s our actions that illuminate the type of people that we are. Given this, if we do have privileged access to facts about what we desire and intend, then this knowledge makes it more likely that we are able to determine why we act the way that we do. Privileged access would afford us a type of epistemic control over facts about our minds that bear heavily on the type of people that we are. Such facts are the most intimate facts that there are about us. If sceptics are right about our lack of privileged access, then we’d fail to possess something that has significant value. This is not itself a reason to think we actually do have privileged access, but it is a reason to care whether we do.

Knowledge and reasonMind and brainThe self
26 May 2021