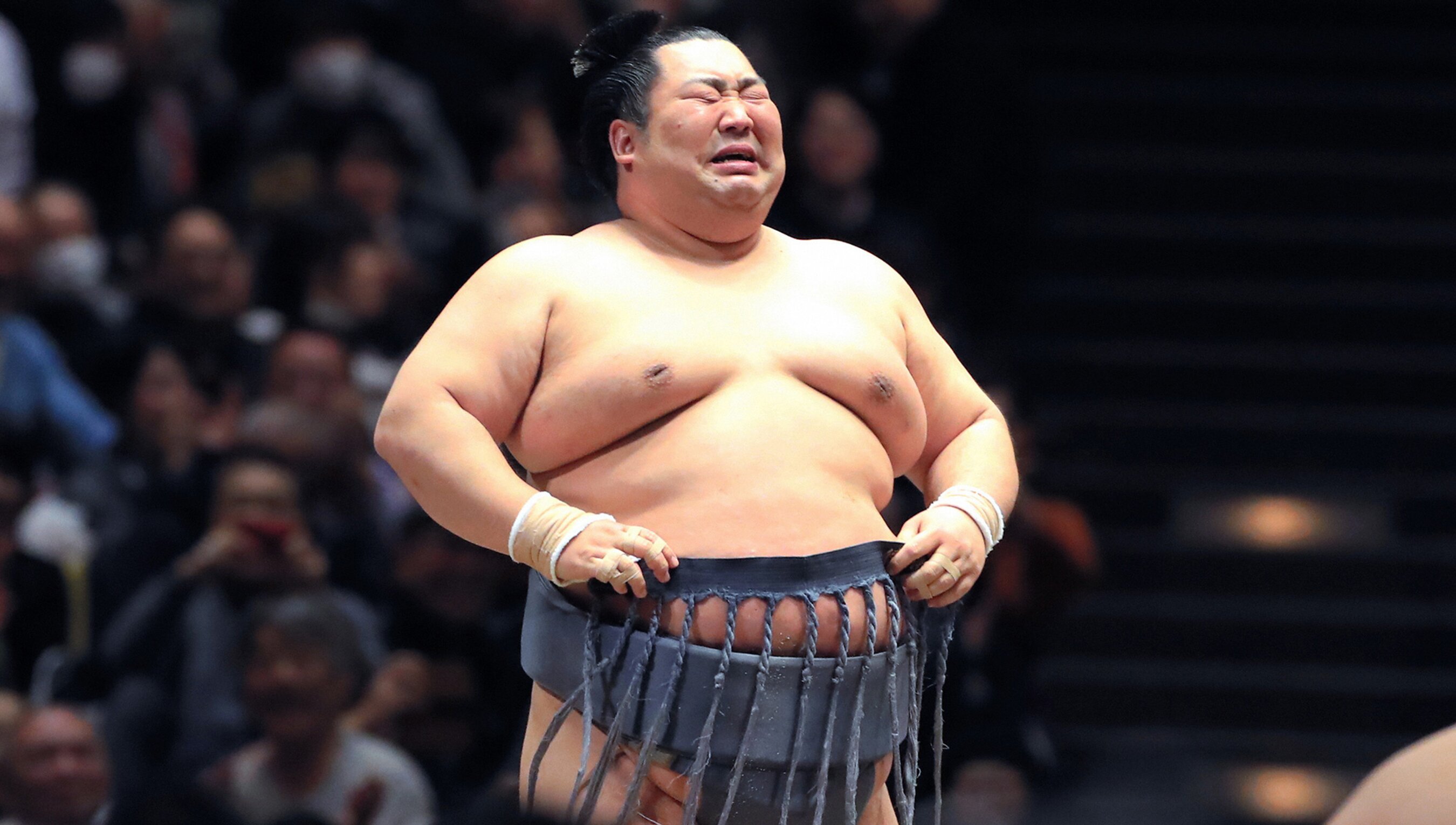 Tokushōryū Makoto sheds tears of joy after winning over Takakeishō Mitsunobu at the New Year Grand Sumo Tournament on 26 January 2020 in Tokyo, Japan. Photo by The Asahi Shimbun/Getty

Tokushōryū Makoto sheds tears of joy after winning over Takakeishō Mitsunobu at the New Year Grand Sumo Tournament on 26 January 2020 in Tokyo, Japan. Photo by The Asahi Shimbun/Getty

is a social psychology postdoc in the Department of Management at Aarhus University in Denmark.

There are videos on YouTube that pose a simple test: watch this and try not to cry. They have titles such as ‘99 per cent will cry’ and ‘Try not to cry challenge’, and they show heart-breaking scenes of illness, death and loss. But other versions of the challenge depict positive scenes: acts of unconditional kindness, cute animals, troops being reunited with their families. This isn’t a new idea: the French philosopher René Descartes argued in 1649 that we don’t cry only to express feelings of torment, grief or unhappiness, but also to express positive states of love or joy. Likewise, literature has provided various depictions of positive tears – whether it be the reunion with Telemachus in Homer’s Odyssey or the miraculous birth of a child in Leo Tolstoy’s Anna Karenina (1878).

Happy tears are common. My colleagues and I carried out a recent survey of more than 3,500 adults from 19 different countries, and found that 68 per cent reported tearing up from a positive experience at least once a month. And yet, before this, the scientific study of tears of joy has been astonishingly neglected – rarely going beyond the anecdotal mention that people might cry for positive reasons as well.

Some early psychoanalytic theorists claimed that positive tears are never an expression of outright happiness, but always relate to some negative emotion that’s happening in parallel or has been delayed. For example, a father cries when he sees his daughter getting married not because it’s a touching moment of affection but because he feels he’s losing her, or because he worries that she’s heading toward an uncertain future. However, this isn’t a well-supported theory. A recent study showed that some people do cry when they feel positive and negative emotions in parallel – but there are many examples where happy crying isn’t linked to negative feelings at all.

As researchers, we wanted to better understand the circumstances in which people cry happy tears. To do this, we asked more than 13,000 adults in 40 different countries to tell us what made them cry for joy, and they described more than 1,500 distinct episodes. When we analysed these reports, we found that happy tears could be grouped into (at least) one of four specific categories.

The first, achievement tears, occur when someone shows extraordinary skill or performance, attains a well-deserved success, or overcomes a big obstacle. This might include winning an Olympic medal, being admitted to a prestigious study programme, or recovering from a severe illness. These tears might involve feelings of pride for one’s own accomplishments or admiration when observing the achievements of others.

Affectionate tears occur when someone experiences or observes a special sense of closeness or communality. Reuniting with an old friend you haven’t seen for many years or holding your newborn baby for the first time are typical examples. Such tears are part of the feeling of ‘kama muta’ – that intense state of feeling moved by love. Along with achievement events, these are some of the most common forms of happy tears: we found that 84 per cent of reports were either achievement or affectionate tears or both (for instance, observing an important achievement of your own child can involve both a sense of achievement and feelings of affection).

People shed beauty tears when they observe particular magnificence or artistry in nature, music, visual arts or poetry. Enjoying a spectacular vista of mountains in a national park or listening to a captivating musical performance are examples in this category. Such tears are often accompanied by feelings of awe, wonder or amazement, and people often experience pleasurable chills or goosebumps at the same time.

Lastly, amusement tears occur when someone experiences something so funny or comical that it’s hard to hold back the tears. (In fact, some of the ‘cry challenge’ videos on YouTube ask the viewer to not cry with laughter.) Watching a hilarious stand-up bit or hearing an absurd or silly joke might provoke amusement to the point of crying, as can just laughing with friends about not much at all. These tears happen alongside a feeling of lightness, mirth and pleasure.

But our research on happy tears begs a bigger question: why do humans shed emotional tears at all? It’s possible to feel intense emotions – both positive and negative – without crying. One theoretical explanation is that crying is a social signal: it expresses something important to other people about how you’re feeling. When it comes to negative tears, the theory is that it’s a signal for help. But what about happy tears?

One theory is that happy tears signal that a person has some positive personality traits or attributes, which means they have no aggressive intent towards the other person. The exact signal might differ across the four types: achievement tears might specifically communicate competence and reassuring authority, aesthetic tears openness or intellectuality, affectionate tears warmth, and amusement tears playfulness or joviality. In these ways, happy tears can show that someone is not a threat and is eager to be close to others, improving social cohesion and bonding. Tears therefore might be the ultimate visual cue that enables and enhances the hyper-sociality of humans.

Of course, the extent to which you express positive tears will depend on who you are. To start, personality traits seem to influence how often you cry the different types of happy tears. In our study, we found that individuals who tend to be extroverted, talkative and sociable more frequently experience achievement or beauty tears; individuals who are agreeable, prosocial and empathic more often cry affectionate tears; and people who have an open mind and a liberal attitude more frequently shed beauty tears.

People also vary in their overall tendency to cry happy tears. For example, people who are highly empathic are more prone to positive tears. This makes sense, since these individuals tend to resonate deeply with other people’s feelings, which stimulates their own emotional reactions. It also depends on your age. In our research, we found that the tendency to cry happy tears increased across the adult years, reaching a plateau around age 60-75 before decreasing again. Lastly, women are more likely to report crying positive tears than men – although the difference is less pronounced than it is for negative tears, possibly because there are fewer social norms about men expressing positive emotions.

If you don’t tend to cry in happy situations, there are, of course, many other ways to express affection and joy. But if you are a happy crier, embrace it. Shedding happy tears goes along with better mental and physical health, and the positive emotions experienced during tears of joy increase both life satisfaction and resilience. So next time it happens, take a moment to notice what type of event triggered it and what you might be trying to signal to those around you – and let your tears run wild!