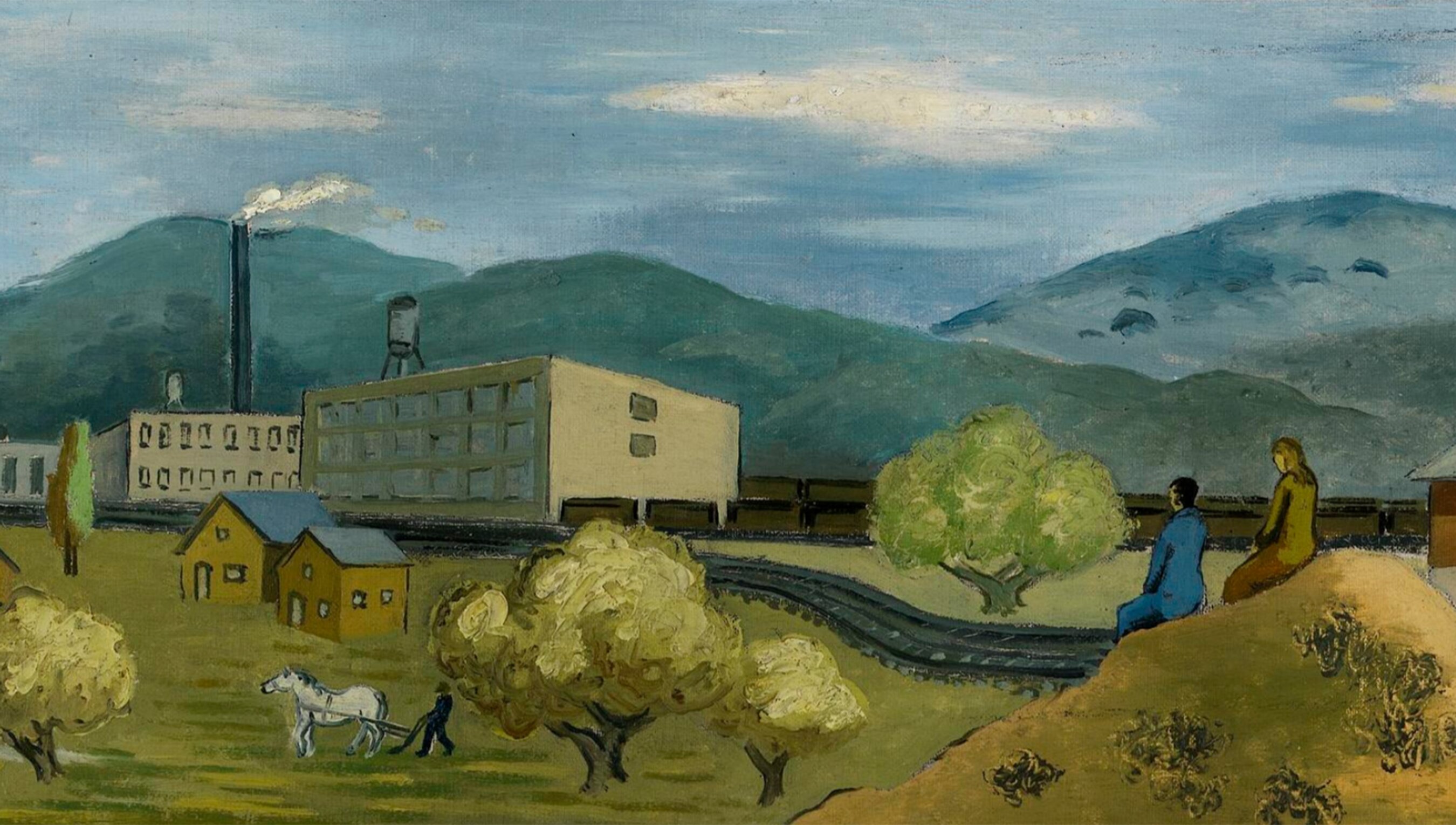 Utopian thinking prompts us to get real about society’s needs

is assistant professor of philosophy at the University of Toronto. He is associate editor of the journal Critical Philosophy of Race and co-hosts the podcast What’s Left of Philosophy. He is working on the book ‘Racial Justice and Forms of Life: Towards a Critical Theory of Utopia’.

All politics seems to operate under the demand to be realistic. There is no quicker end to a political conversation than to describe someone’s ideas as ‘utopian’. The power of this pejorative draws upon seemingly obvious facts concerning human nature, empirical realities and social constraints. Whether we are considering demands to restructure our economic systems, how nations police citizenship claims and their borders, or our relationship to the environment, when these positions are called ‘utopian’, the assumption is not only that there are constraints but that these constraints are inalterable. However, to determine which constraints are fixed rather than alterable is easier said than done.

Perhaps ‘utopia’ should be the start of political discussion rather than the end. When we engage in political debate, we attempt to argue for what we believe should be our priorities and establish the constraints of reality. It would seem that utopia violates this agreement by trying to argue for priorities that can obtain only outside the constraints of our world. To some, it would be nonsensical to claim as a political position that ‘we should abolish the police even though that is not possible’. The non-utopian could respond: ‘That may very well be true for some hypothetical world. But here and now we have crime. You must be realistic.’ The issue is that utopia challenges what we take to be realistic. And so the breakdown between utopians and non-utopians is not over the question of whether we are fated to obey the constraints of reality; the political debate concerns what is inalterable and what is changeable in our social life.

Thomas More’s Utopia (1516) exemplifies this disagreement. The work is structured as a dialogue between a fictionalised Thomas More and a man named Raphael Hythloday (or Hythlodaeus, meaning ‘talker of nonsense’ in Greek) who claims to have travelled to an island where money has been abolished, property is held in common and civic virtue flourishes. Utopia functions less as an argument for a perfect end state and more as a form of political speech against the ruination and pauperisation of peasant life due to England’s practice of enclosure of common land. The question guiding Utopia is whether it was reasonable to expect peasants who have been dispossessed to resist committing the crime of stealing in order to survive. For More, it was the non-utopians who had misjudged reality, and so it was not only their priorities that had to be challenged, but their overall conception of reality.

More’s Utopia remains an essential work in understanding whether utopia is, in principle, antithetical to being realistic. I suspect that utopia has often been mischaracterised due to our focus on Utopia’s literary content, as opposed to the politics of how and why it emerged in the first place.

The mid-20th century saw philosophers such as F A Hayek, Hannah Arendt and Karl Popper mount strident arguments against mixing real politics with utopian end states. They aimed to combat a totalitarianism (which they associated with communism and Marxism primarily) that they feared was creeping into political thought and practice. Whatever their political differences over the priorities they thought we ought to pursue, they agreed that reality had to be protected from the destructive imagination of utopia.

But is it fair to confine utopia to the play of our imaginations? It may very well be the case that there is something liberating in disavowing the constraints of reality, finding joy in creating impossible worlds. Perhaps we should accept this division of labour where the non-utopians engage in the hard, pragmatic work of politics, and the utopians offer their imaginative ideals that remind us of where we would like to go.

However appealing this story may seem, it strikes me as overly simplistic. More is instructive here. The content of Utopia is imaginative insofar as it was a work of fiction, but More felt compelled to write it because of what he took to be the violation of the social needs of English peasants. The creation of hunger and destitution cried out for explanation. Utopia was neither a denial of nor flight from social reality, but its very depiction. From this angle, utopia is the realistic apprehension of structures of social need rather than the abstract heights of imaginative fantasy.

Utopias have never taken themselves to be antithetical to the analysis of social reality and its limits. The grounds for utopia are to be found in the real frustrations of social life and thereby challenge not only our social priorities but also how much suffering is truly ineliminable. Utopias enable us to enunciate previously inchoate social needs in political space and make them a matter of public concern. The achievement, or even the demand, for this standpoint becomes an issue to which politics may be forced to respond.

W E B Du Bois makes this point in The Souls of Black Folk (1903) where the exposure to education in the post-Reconstruction-era United States stirs new sources of unhappiness in Black Americans that lead to the development of felt needs for a radically better society. The resistance to investing in robust school systems for freed people stemmed, in part, from the worry that the present social system would not be able to manage the satisfaction of these new needs. New institutions would have to be formed and thus what starts as a subjective plaint takes on objective weight. The tension between politics and utopia has too often been miscast as a confrontation between reality and the imagination when, in fact, they are both formative activities that take place within the real structures of social life.

Utopian activity tends to form new needs that are not reconcilable with our present. These new needs may appear to overflow the inalterable constraints of our present moment. Nevertheless, it seems that the enunciation of new needs can also enable us to develop knowledge of how some forms of supposed ‘realism’ are little more than acquiescence to the status quo as inevitable. Utopia may allow us to acquire knowledge of ourselves and what we take to be realistic.

Opponents of utopia often arrogate to themselves the ability to discern the hard limits of social reality and its needs. Defenders of utopia do themselves no favours when they cede this claim but argue for the right to freely imagine a better world. Much of politics is a contest over what ought to be taken as ‘feasible’ or ‘necessary’ given that we cannot satisfy all needs at once. Those of us who do think that a more just world will require substantive modification of how we address needs ought not to accept that utopia is something other than the attempt to ‘be realistic’.

There is no unanimous agreement concerning what is inalterable and what can be transformed to meet social needs. To disavow utopia in the name of a supposedly known and predefined reality is a move to close down conversation, thought and questions. It is as if politics could finally escape the pressure to ask what are the bounds of possibility and impossibility, and reduce everything to the administration of the status quo. Accepting ‘utopian’ as a pejorative evades the reality that we do not know once and for all what it means to be realistic. Indeed, this is exactly what is up for debate.

If it is true that politics should begin with the world as it is, then politics will always find itself engaged with utopian need. Utopia is not where all our problems are solved. It is where we can clarify them and attain a standpoint with respect to how the present arrangements of life produce problems of need. With social life increasingly menaced by problems of global health, environmental degradations that seem to exceed the problem-solving capacity of status-quo politics, and war, we should dare to enunciate new standpoints and learn what form social life can take. We must do this if we are to be realistic.