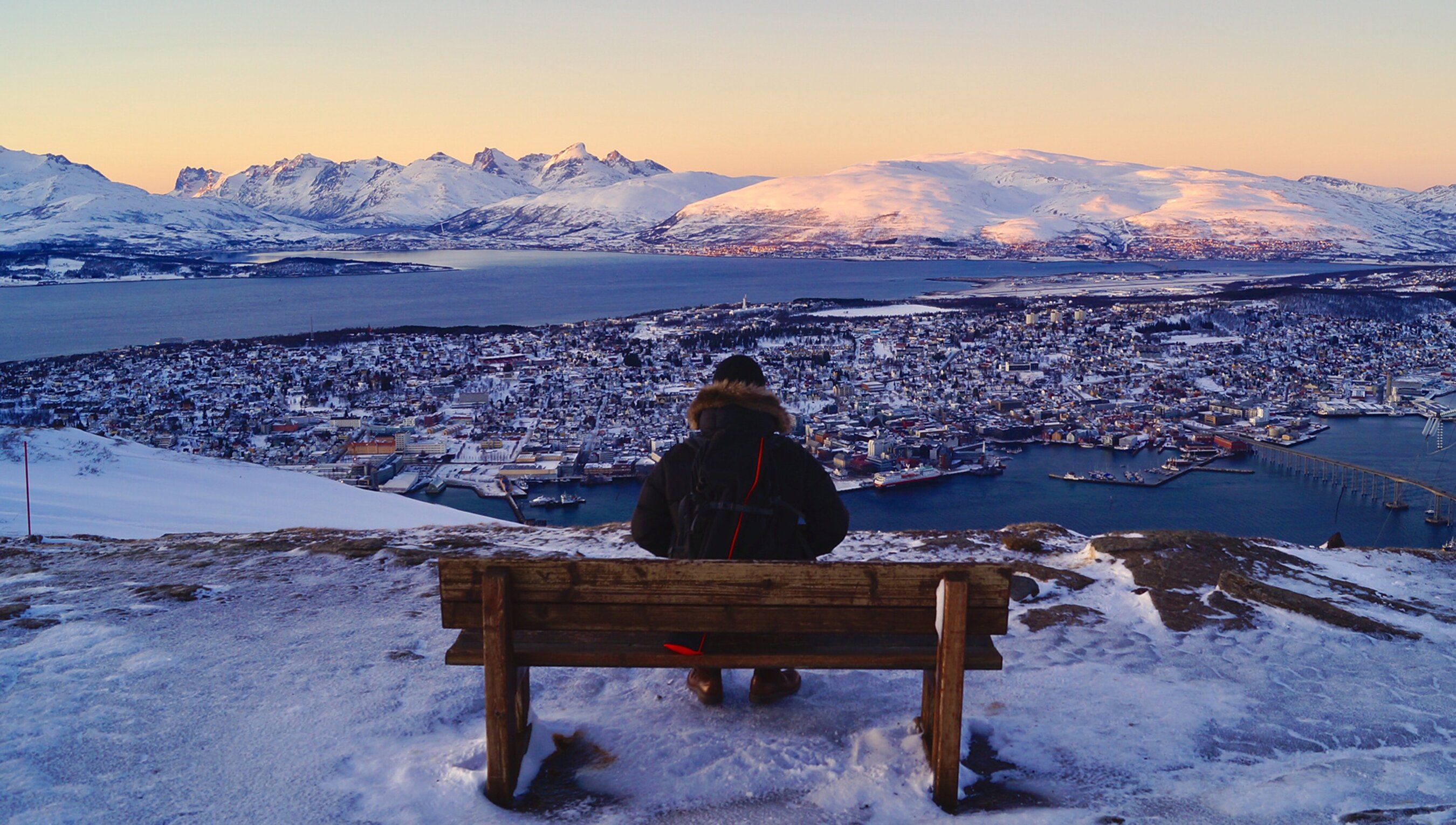 What happens to our cognition in the darkest depths of winter?

is professor of psychology at the University of Oslo in Norway, where his research is in the field of legal psychology. He has acted as expert witness in many court cases, and has served in the Norwegian Criminal Cases Review Commission.

Don’t we all feel down when the days are short? Isn’t it difficult to get through the winter? Or… is that just what we’re told? Every year, there are articles in the popular press saying that, as the days get shorter and the nights get longer, we can expect to feel sad and restless. They have headlines such as ‘Winter Brain: Why Do We Feel Sad And Tired In Winter?’ and ‘Here’s Why You Actually Feel Depressed In The Winter’.

The idea that our brains and emotions are affected by winter was first put on a scientific footing in the 1980s by biological psychiatrists in the United States, who described the condition known today as seasonal affective disorder, referred to as SAD by its wink of an abbreviation. People diagnosed with SAD are reported to have recurrent episodes of depression in winter that go away in spring as the days become longer. Looking back, one could wonder why SAD was first described in the US at latitudes where northern Europeans might travel to for a winter break, such as Rome or Madrid. Nevertheless, the notion spread north and south, and studies have subsequently documented patients with purported SAD in many countries.

At the same time that SAD was cementing its place in popular culture in the 1990s, I undertook a career move from the French Alps to Norway to a job at the world’s northernmost university, in Tromsø, 350 kilometres north of the Arctic Circle. Being at 69°N, in Tromsø there are two months in summer where the sun doesn’t set, and two months in winter when it doesn’t peek above the horizon. I remember people’s reactions when we said we were moving up there: ‘Ooh, are you going to hibernate for two months?’ and ‘It’s nice there but the darkness will get to you.’ I wondered how the locals coped with the lack of direct sunlight in winter. I found out they don’t compensate the missing sunlight with floodlights and neon strips. Rather, each table in the many cafés, restaurants and pubs has a small circular candle in a thin metal cup. These hardly give off any light, or heat, but they do create the cosy, intimate atmosphere that Norwegians call koselig (similar to the Danish concept of hygge, but better).

My relocation inspired me to look for research on the psychological effects of extreme swings in the physical environment. Apart from some work on the prevalence of SAD and the possible benefits of light therapy, I found that there wasn’t much. This prompted my colleagues and me to investigate whether people in Tromsø were mentally more alert and quicker in summer than winter. As well as being relevant to folk beliefs about sluggishness in winter, our investigation was also relevant to the validity of the notion of SAD – after all, according to the principal diagnostic manual used by psychiatrists in the US and many other countries, depression is a mood disorder with a cognitive symptom of reduced clarity of thinking and concentration (this supposedly applies to seasonal variants of depression too).

In people overwintering on Antarctica, there was no sniff of a deficit in performance during the long winter nights

We tested 100 participants twice on a range of tests: some took them first in summer and then winter, and some in the opposite order. Among the tasks, there was a test of pure speed (‘press this button as quickly as possible as soon as you see a circle in the middle of the screen’); a test of immediate memory for digits; a test of memory for words presented 10 minutes previously; the classic ‘Stroop test’ (that measures mental control); an alertness task; a face-recognition task; a time-estimation task; and a verbal fluency task. Most tests showed no difference in performance between summer and winter, and, of those that did, four out of five actually suggested a winter advantage. The ‘Arctic cognition’ paper, as we called it in 2000, was disseminated over the whole world and had its 15 minutes of fame in newspapers and magazines.

I moved on to other research topics, but last year, now working at the University of Oslo at a mere 59°N, I decided to revisit the science of human seasonality. I wondered if the state of play had changed. Was ‘Arctic cognition’ still considered pretty good in both summer and winter? I reviewed the literature systematically, taking in all the newer research on residents at high latitude and on people with SAD.

For instance, I found a 2018 study by researchers at the University of Tromsø – it was similar to our own Arctic cognition paper, and also looked at cognitive performance in Tromsø, but this time in adolescents. These researchers reported absolutely no seasonal differences. In other work, researchers had studied people overwintering on Antarctica, testing them in 24-hour daylight and again in the polar night, but again there was no sniff of a deficit in performance during the long winter nights.

Other huge studies have looked at seasonality effects on cognition as part of research into general health. For example, researchers at the Otago University Medical School used a database covering 10 per cent of all New Zealanders over 65 years old, and found that the month of testing had no relationship to the cognitive scores of more than 70,000 participants.

A completely different approach was taken in 2016 by Christelle Meyer and her colleagues in Liège, Belgium for a study that used brain imaging to address the question of seasonal cognitive rhythms. At different times of the year, Meyer’s team asked participants lying in a brain scanner to complete a ‘vigilance task’ that required paying close attention to visual stimuli for a prolonged period, and a difficult short-term memory task. Again, no differences in behavioural performance were observed over the seasons. However, the brain scan did pick up seasonal differences in blood flow in specific areas of the brain involved in cognition: while participants achieved the same level of performance in winter as in summer, their brains actually consumed more oxygen when completing the tasks in summer. The researchers took this as neural evidence of seasonal effects on cognition and a summer advantage. I disagree – not only were there no behavioural differences, the lower oxygen usage on average in winter (for the same performance) can be interpreted as a winter advantage, based on apparent superior neural efficiency in winter.

A particular challenge when studying human seasonality is that the widespread belief about mental sluggishness in winter tends unjustifiably to seep into the science. Not only do other scientists misread the original articles but researchers are possibly themselves too eager to conclude that they observed evidence of seasonal rhythms in cognition. This might have been the case for the paper by Meyer and her colleagues. I believe that they made unsupported claims of seasonal effects on cognition (it’s worth noting too that they studied fewer than 10 participants in each season, and tested each person only once), yet predictably their claims have spread through the subsequent scientific literature where they are quoted as evidence of cognitive seasonality. On the basis of this single study, one can’t credibly claim that the human brain has seasonal swings in cognition. And there are no other brain studies of cognitive seasonality.

In my review, I also came across studies of many aspects of cognition in people with SAD. If seasonal depression affects concentration, as psychiatry’s diagnostic manual outlines, one might expect this to have consequences for memory and other cognitive faculties. However, while studies in this area have often shown that people with SAD have slightly worse cognition than healthy participants, they haven’t tended to ask the key question: do people with SAD have worse cognition in winter compared with summer? One might think, if this population doesn’t have a winter deficit, then who on Earth will?

A group of researchers in Copenhagen in Denmark addressed this question in 2017 by carrying out an elegantly designed study of cognitive performance in people with SAD and controls, from which it was possible to deduce that neither group showed a deficit in winter, although people with SAD performed generally worse overall than controls. So, surprisingly to some, we don’t even have evidence to say that people with SAD have worse cognition in winter!

Looking across the entire literature, of the few seasonal differences in cognition that have been observed, most fly in the face of the standard myth and show that we’re actually quicker or more neurologically efficient in winter. The main point though isn’t that we’re so amazingly clear-minded in winter. It’s that there really isn’t evidence of much difference between summer and winter in our thinking, memory and attention.

That still leaves the question of seasonal effects on mood and emotion and the validity of the concept of SAD. However, here too there are serious reasons to be sceptical. Take for example a study in 2016 by Steven LoBello and colleagues at Auburn University in Alabama. They measured depression symptoms in more than 34,000 people in the US and found no increase in depression during the winter months, not even for those who were clinically depressed. Nor was there any effect of latitude on depression symptoms, contrary to what you’d expect if the shorter winter days in the north of the US were nudging people into depression. This is a blow to those who’d claim that winter has a significant effect on mood, and these authors are now calling into question the whole SAD enterprise.

Actually, among clinical scientists in Tromsø and elsewhere, scepticism about SAD has existed for much longer. As one paper by researchers at the University of Tromsø put it: ‘What is this thing called “SAD”?’ At worst, it seems like a marketing scam, complete with a catchy acronym for the ‘disorder’ (maybe in summer other people are vulnerable to ‘gleeful laughing amusement disorder’?). Few clinicians these days seem to actually diagnose SAD, but the juggernaut appears nonetheless to have generated a tribe of highbrow, boutique therapists, casually ‘diagnosing’ SAD and then strongly recommending their patients buy a special lamp.

I think back to my retired neighbour in Tromsø. Born and bred in northern Norway, Harald said that there didn’t used to be winter depression before the university got here. I think he had a point. The idea that we experience winter dips in mood and cognition seems for some reason to be intuitively plausible. Yet the serious attempts to document such effects have been entirely unsuccessful. For those inclined to perpetuate the myth, show us the data. For everyone else, enjoy winter! After all, as the common Norwegian saying has it: ‘There’s no such thing as bad weather, just bad clothes.’

Thinking and intelligenceDepressionNature and the environment
22 March 2021