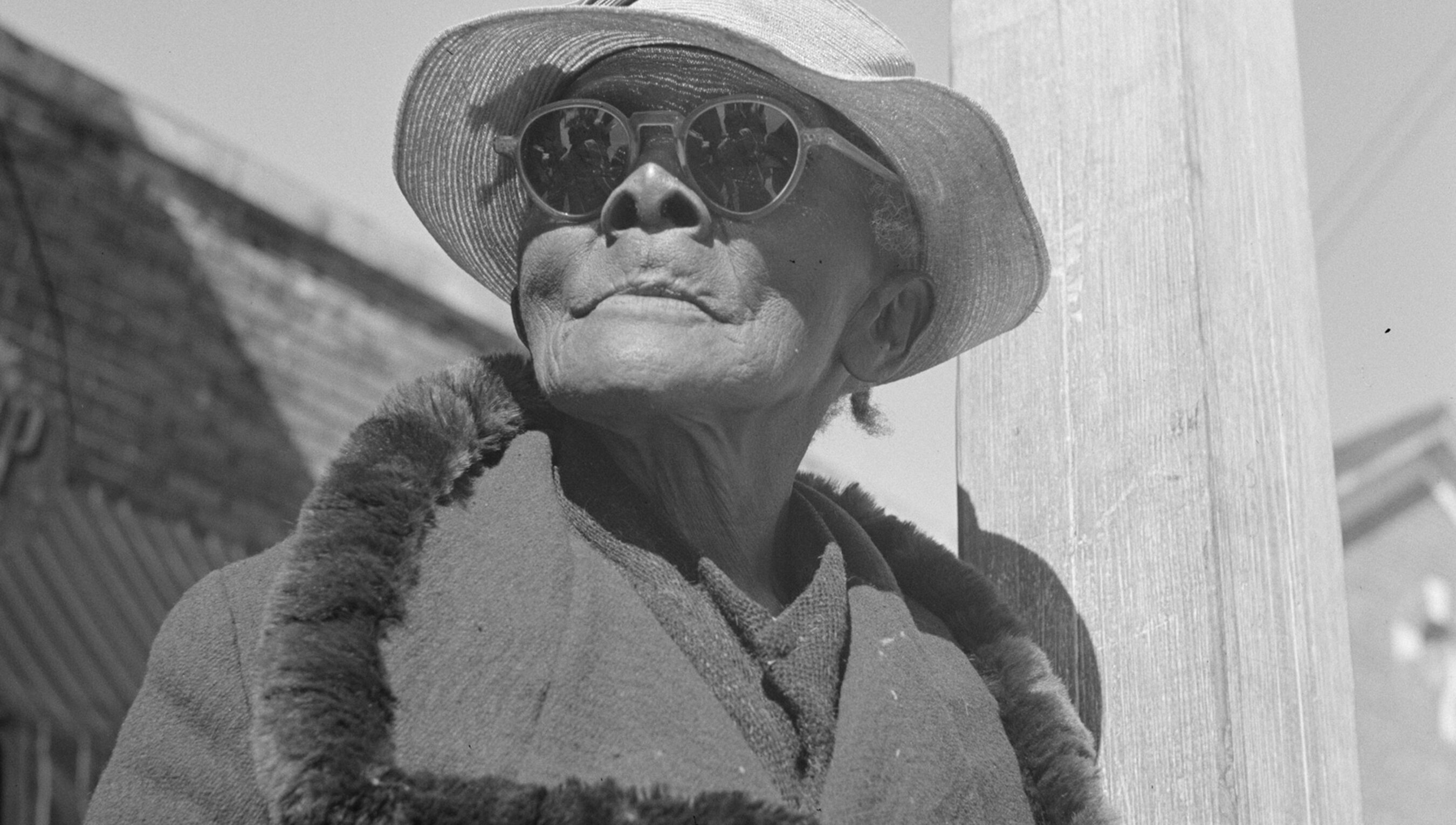 Why academia should embrace ‘Grandma’s metaphysics’

is an assistant professor of philosophy at West Virginia University, specialising in the history and philosophy of psychology. His research focuses on the interplay between common-sense and scientific approaches to understanding minds.

‘Don’t be stupid.’ That was my dad’s parental mantra, solemnly intoned whenever I headed out the door as a teen.

Having spent a few years studying the philosophy and science of intelligence, I’d revise my dad’s mantra. The problem is that all of us are stupid, much of the time, in some manner or other. It can’t be helped. For a while I thought the mantra should be revised to ‘Be stupid well!’ or ‘Pick your stupid spots!’

However, I realise now that it’s more important to internalise a negative mantra. My dad didn’t mean ‘Be stupid well.’ He meant ‘Don’t be stupid poorly.’ That way, you let the inevitable benign stupidities roll off your back and put your effort instead into staying out of trouble and cultivating ways to be smart.

What are the best ways to be smart? Many researchers have tried to zero in on an ideal conception of intelligence that reflects the one true manner in which well-functioning intellects operate. But I don’t think there is a singular ideal conception. There are many different ways for minds to function well, and people’s conceptions of intelligence primarily reflect the particular patterns of mental functioning that they happen to value. Those values don’t come out of the blue – for better and for worse, they are shaped by social forces – and, in turn, the conceptions of intelligence and stupidity that revolve around them end up shaping our societies.

In his essay ‘Between Socrates and Grandma: On Being a Black Southern Philosopher’ (2021), Arnold Farr reflects on how conceptions of stupidity serve as gatekeeping mechanisms, hindering access to the groves of academe:

My entrance into the field of philosophy was marked by two distinct but related worries … First, there is the old view that Blacks are intellectually inferior to whites. Philosophy as an almost entirely white discipline seems to perpetuate that idea, especially since the discipline is greatly shaped by the experience and questions of white male philosophers. Second, there is … the perception of people from the US South as lacking intelligence.

Racist Yankees wrongly assume that Black people, and Southerners, and especially Black Southerners, are likely to be stupid. Sadly, no news there. But Farr goes on to explain how reconnecting with ‘Grandma’s metaphysics’ – the distinctive conception of wisdom he cultivated growing up in South Carolina – helped him overcome self-doubt and carve out his place in academia. Farr was misled into doubting his own intelligence when measuring himself up against bigots’ standards; he regained his self-confidence by measuring himself up against his grandmas’ standards instead.

The important insight here isn’t that academics are prejudiced whereas elder relatives are fair-minded. Lord knows that every grandma has her hang-ups. Farr’s insight is that people have different conceptions of intelligence: different ideas about which problem-solving abilities are relevant when assessing whether somebody is smart or stupid. Unfortunately, becoming an academic typically involves entering a social world dominated by the same narrow conceptions of intelligence that are historically entangled with racism, anti-Southern bias, and sexism to boot.

During the past century, those conceptions of intelligence (and stupidity) narrowed even further, as they became closely associated with the IQ test – a scientific technique for (re)conceptualising and measuring intelligence. An occasional bedfellow of eugenics, IQ testing has been controversial from the start. It has also been undeniably empirically successful. IQ tests are cross-culturally valid measures of a constellation of analytical abilities, and IQ scores reliably predict people’s chances of carving out a decent life for themselves in post-industrial societies.

Moreover, IQ test variants (and their cousins, such as the SAT in the United States) are almost all intercorrelated. If you ace a reading comprehension subtest, arithmetic will likely be a piece of cake too. If you are tracked into a ‘gifted’ programme in elementary school thanks to your stunning performance on Raven’s Progressive Matrices (which assesses your aptitude for pattern detection), you might as well start pondering the LSAT – the Law School Admission Test. Neuroscientists, meanwhile, are increasingly capable of studying how the brain of a high-IQ scorer functions differently than the brain of a low scorer. But that would be true for any valid mental metric they studied. As I’ve argued in greater detail elsewhere, such findings don’t mean that IQ is any more real or basic than other varieties of intelligence that people usefully ascribe to one another.

Philosophy ought to nurture Grandma’s variety of smarts alongside Socrates’, neither of which is well captured by IQ

Indeed, while IQ tests are valid, predictively powerful measures of one highly valued pattern of analytical abilities, IQ is by no means the only conception of intelligence that people rightly care about. Recent studies suggest that analytical abilities are only modestly correlated with creativity, perspective and judgment, and uncorrelated with prudence, social intelligence and self-regulation. Similarly, Farr explains how the form of intelligence that was integral to his childhood community ‘was rooted in [his grandmothers’] knowledge of dangerous forces in this world as well as a strong faith in a God who would help them overcome’. Farr identifies two grandmotherly capacities here: an understanding of how to thrive amid danger, and a kind of moral/spiritual clarity. Neither could be assessed by IQ tests. Nevertheless, Grandma’s metaphysics would sound familiar to many people around the globe. When cross-cultural psychologists examine what folks have in mind when they ascribe intelligence, both of the capacities that Farr mentions intermittently make the list.

Consider a study of conceptions of intelligence in Usenge, Kenya. Usengeans will tend to rate kids who get straight As in school as stupider than kids who do worse in school but are better at telling apart types of herbs. The latter is a valued intellectual skill, despite being uncorrelated or even negatively correlated with IQ (depending on the test administered). After all, more than 94 per cent of children in Usenge are afflicted with parasite-borne illnesses, which they treat with herbal medicines.

The point is not that people from Usenge are less likely to have high IQs than people from California, all other things being equal. The point is that, since other things are never equal, people from Usenge are less likely to conceptualise intelligence as IQ. In a dangerous world, people value skipping school to practise survival skills – and mould their conceptions of intelligence to fit their values. Rightly so: in a dangerous world, being stupid poorly can cost lives.

OK, so what about in a less dangerous world – the world of academia, for instance? What should we be valuing when we value what academics do? And what conceptions of intelligence should the intelligentsia cultivate in accordance with those values?

Too often, well-intentioned calls to ‘diversify the profession’ of academia seem to be motivated by brute desires for demographic representation, or by appeals to the scholarly or pedagogical benefits of diversity that assume mainstream scholars and pedagogues already value all the right things. Either way, the kinds and benefits of diversity under consideration are sharply delimited.

The idea that intelligence comes in many forms suggests a better rationale for enjoining more (and more different) voices to join the intellectual choir. Diverse scholars don’t just sing the same standards differently; they grow up learning different songbooks. Philosophy ought to nurture Grandma’s variety of smarts alongside Socrates’, neither of which is well captured by IQ (Thrasymachus, Socrates’ arch-nemesis, would undoubtedly have qualified for Mensa). Making the cohort of professional philosophers less white and less male is a good idea largely because it would make philosophy itself less parochial, by expanding the range of questions we care to ask and by taking seriously diverse perspectives on what constitutes a successful answer to those questions.

Considerations of reparative justice also speak in favour of promoting diversity. But calls for reparative justice first need to make plain why increased access to the groves of academe would be good for structurally disadvantaged people. The plain fact is that any human life lived well involves developing ways of being smart that are tailored to the idiosyncratic contours of one’s own life. It’s good for everyone in academia to be exposed to the many varieties of intelligence recognised in different (sub)cultures. It’s also good for wise – and potentially wise – people to have access to ways of living, such as being a philosopher, that allow them to dedicate themselves to reflecting and expounding on what they learned from their grandmothers – or whatever else their own, personal intelligence enables them to see especially clearly.

To the extent I heeded it, my dad’s mantra kept me out of trouble as a young man. But as Aristotle might have said (if he hadn’t himself been a gatekeeping old coot), the best life for a human being consists not only in avoiding stupidity, but also in helping diverse intelligences flourish in conversation with each other.