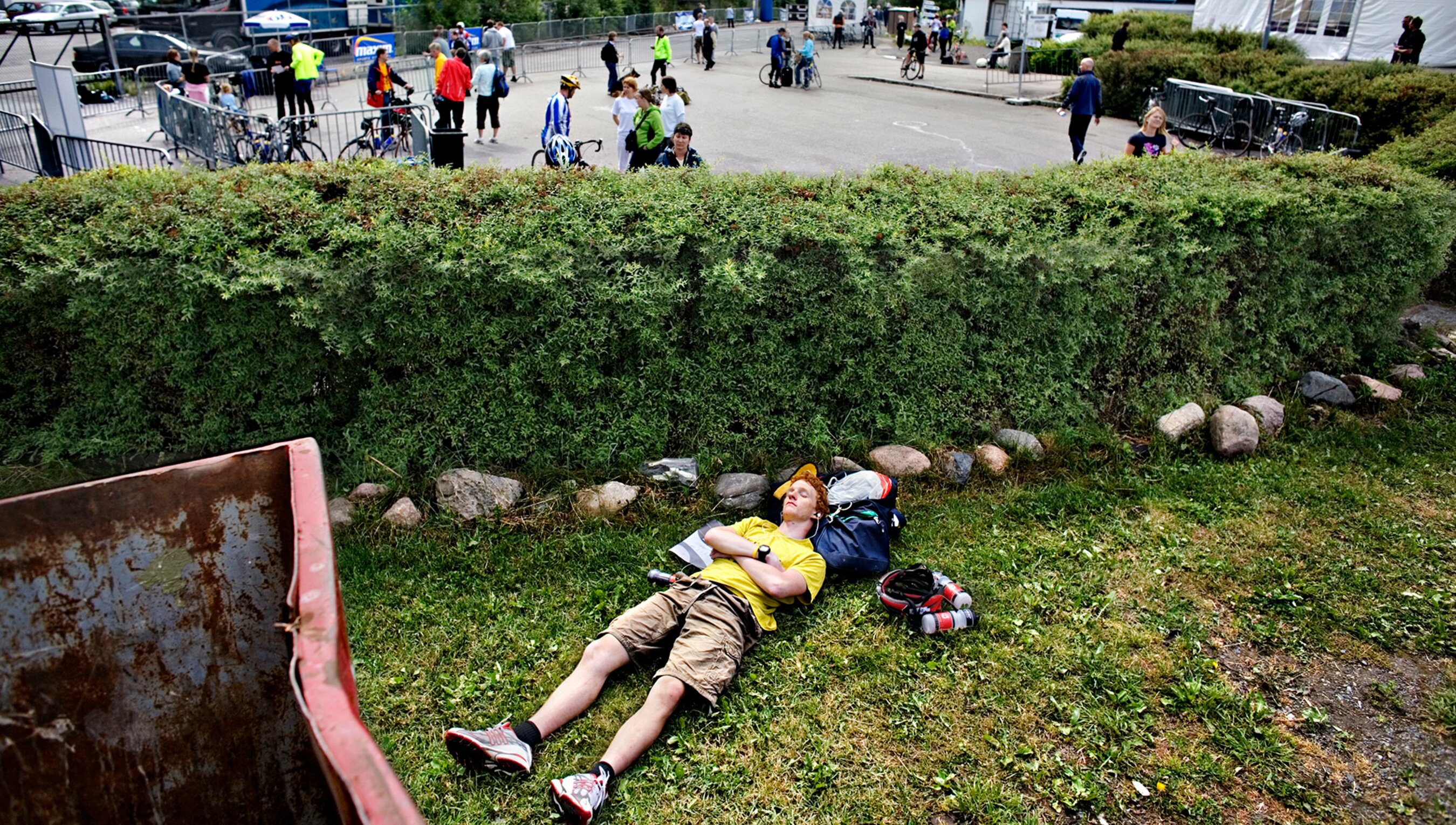 is an associate professor of philosophy at Loyola University Maryland. She specialises in ethics, Kant and feminist philosophy.

In the best-case scenario, you would be the best. But if you can’t do that, then you should at least do your best. This advice is everywhere – especially in the mind of a person trying to save a fraught relationship: can I transform this dynamic through my own determination? Having recently left a difficult relationship behind, I am finally able to look squarely at the consequences of doing my best at marriage for most of the past decade. Unlike my writing, my teaching or even my garden, the relationship would not respond to my effort, no matter how much I poured into it. My striving began to compromise my goodness, leaving me with a double failure. Though I haven’t lost interest in lifelong commitment, I have become wary of the impulse to ‘do your best’.

I am both a self who strives and a philosopher who studies conceptions of moral self-development. From both perspectives, ‘doing your best’ has started to seem wrong as a way of thinking about progress in life’s central endeavours. Talk of doing our ‘best’ usually describes short term or one-dimensional exertion, whereas the work of moral self-development – like that of any close relationship – requires iterative learning, effort sustained and renewed over long periods of time, and forms of respect and equanimity that simply are not well described in terms of effort. The failure to properly value oneself, of which I am too familiar, is not a failure of effort and cannot be corrected by force of will.

The very idea of doing your best invites myopic thinking as we focus in on some narrowly defined goal. Moral development is something multidimensional that involves both doings and non-doings. And development itself constantly changes the self’s possibilities such that what would count as one’s ‘best’ transforms in ways that are at once real and out of view. We should let go of the imperative ‘do your best’. Instead, we should do better.

Great, you might think, let’s take it easy! But the point I want to make is that trying better is at least as difficult as, and very likely more difficult than, trying your best.

Does doing your best just mean that you tried ‘really hard’, or that you tried in the way you knew how and with the energy that you had at the time? Maybe no one could reasonably expect more from you. Maybe you screamed when no one was around, bit your lip until it bled, and couldn’t sleep at night. I clenched my whole being in a fist to keep my marriage together, but movement toward the better required me to give up the effort that separated me from my own good.

Kant believed that no one is or can be perfect, but he thought we can make progress toward perfection

All of our most important problems require us to try wisely, patiently, truthfully, trustingly and creatively. These modes of striving may be as emotionally painful, and in that sense as ‘hard’, as our ‘best effort’, but they are different in that they admit the truth that the self and its situations are fundamentally in progress and cannot be understood in terms of generic superlatives.

The most prominent cheerleaders of moral self-development in the Western tradition use language that can obscure the more subtle dimensions of moral striving. Aristotle wrote, in the Nicomachean Ethics, that we should ‘strain every nerve to live in accordance with the best thing in us’. Likewise, Immanuel Kant argued that we have a duty of moral self-perfection, endorsing Philippians 4:8: ‘If there be any virtue, and if there be any praise, strive for it.’ He even instructed us to ‘be holy’, although a holy will is, by Kant’s own lights, a will that a human cannot have. Holiness functions here as an ideal, a concept that sets a task that cannot ever be completely realised. Like the rest of us, Kant believed that no one is or can be perfect, but he thought we can make progress toward perfection.

I think Kant was right about this. But the inner work of self-perfection is so tricky to conceptualise that it can even befuddle Kant scholars. The advice to ‘do your best’ or ‘do more good’ flattens out Kant’s rich conception of moral striving, which combines exertion and receptivity. Further, moral striving requires many inner acts that are not visible to others and hence do not fit our typical notion of a doing.

For an approach to self-development that foregrounds the inner work on one’s attitudes, which largely remains implicit in Kant’s moral philosophy, readers should consult the ancient Chinese text the Yijing (I Ching, or Book of Changes). The sage of the Yijing often warns the student that her ‘inferiors’ – meaning the inferior parts of herself – may arrogantly try to force an outcome, stir up conflict or misjudge others. Other recurrent themes include the need to correct one’s attitude, relinquish doubt and bide one’s time trustfully. There are certainly times ripe for the decision to ‘cross the great water’, that is, dramatically changing one’s course through, say, an overdue difficult conversation, the start of a new relationship, or a change of careers. Still, crossing the great water without adequate inner preparation can be perilous.

The picture of attunement to processes as they unfold, presented in the Yijing, swaps out trying one’s best for trying completely differently. Acceptance, although not an action per se, is emotionally strenuous. It is not relaxing, and it is not passive. In fact, it can be so difficult that many people would prefer to do their best at almost anything else. In my experience, it’s about a million times easier to escape into work projects or find someone to meet up with for a date than it is to relate to your own grief and loneliness with acceptance.

When I am caught in a loop of misguided striving, I imagine myself as a mechanical bug knocking around inside a box, bouncing off the walls until the battery runs out. Times like these are when I need to reread the hexagram Hsü (‘Waiting’). The sage of the Yijing knows that sometimes a person finds herself in a dangerous pit and anything that she tries to do will make the situation worse. Carol Anthony, the author of an influential guide to the Yijing, began her study of the text during a crisis, when she was 41, which happens to be my current age and my most seismic year of life. Anthony observed that, when our lives feel out of control, ‘[w]e still cling to the idea that making progress depends on external effort’. To use an image from another hexagram, Chien (‘Development’ or ‘Gradual Progress’), we want to ‘shoot up like a swamp plant’, rather than become ‘firmly rooted’ through slow work on our inner attitudes.

I joke with my students that they will never again caption an Instagram post ‘Living my best life!’ after taking my course. We read the philosopher Richard Kraut’s argument for the claim that you simply cannot know if you are living your best life. How could anyone have a grasp on all the possible unfoldings of their practical, moral and spiritual potentialities? It would seem that one’s ‘best’ is unknowable, or perhaps a contradiction, since the developing self is a dynamic process and not a fixed state that could hover at a maximum. The transformation that I have initiated in trying differently at my relationship with myself isn’t complete and doesn’t look like anything from the outside. But it is so much more truthful to my value than habitual modes of trying my best that I don’t mind if other people see a woman sitting in a pit by herself.

Whenever we think of ourselves as doing or trying to do our moral best, we could more accurately describe ourselves as seeking ‘a path to one’s unattained self’, to use a bit of the philosopher Stanley Cavell’s commentary on Ralph Waldo Emerson and Henry David Thoreau. Cavell uses the term ‘moral perfectionism’ to refer to

a dimension or tradition of the moral life … that places tremendous burdens on personal relationships and on the possibility or necessity of the transforming of oneself and of one’s society – strains of which run from Plato and Aristotle to Emerson and Nietzsche, and pass through moments of opposites such as Kant and Mill.

All of these thinkers urged their readers toward the ‘next self’. We could easily expand Cavell’s study of moral perfectionism to include vast traditions of philosophy from China, Japan, Tibet and on around the globe.

The hexagram Hsü (‘Waiting’) evokes the image of clouds rising up to heaven: ‘When clouds rise in the sky it is a sign that it will rain. There is nothing to do but to wait until the rain falls. It is the same in life when destiny is at work.’ If doing your best hasn’t been working for you, I highly recommend waiting for the rain.

Change and self-developmentEthicsThinkers and theories
10 August 2022