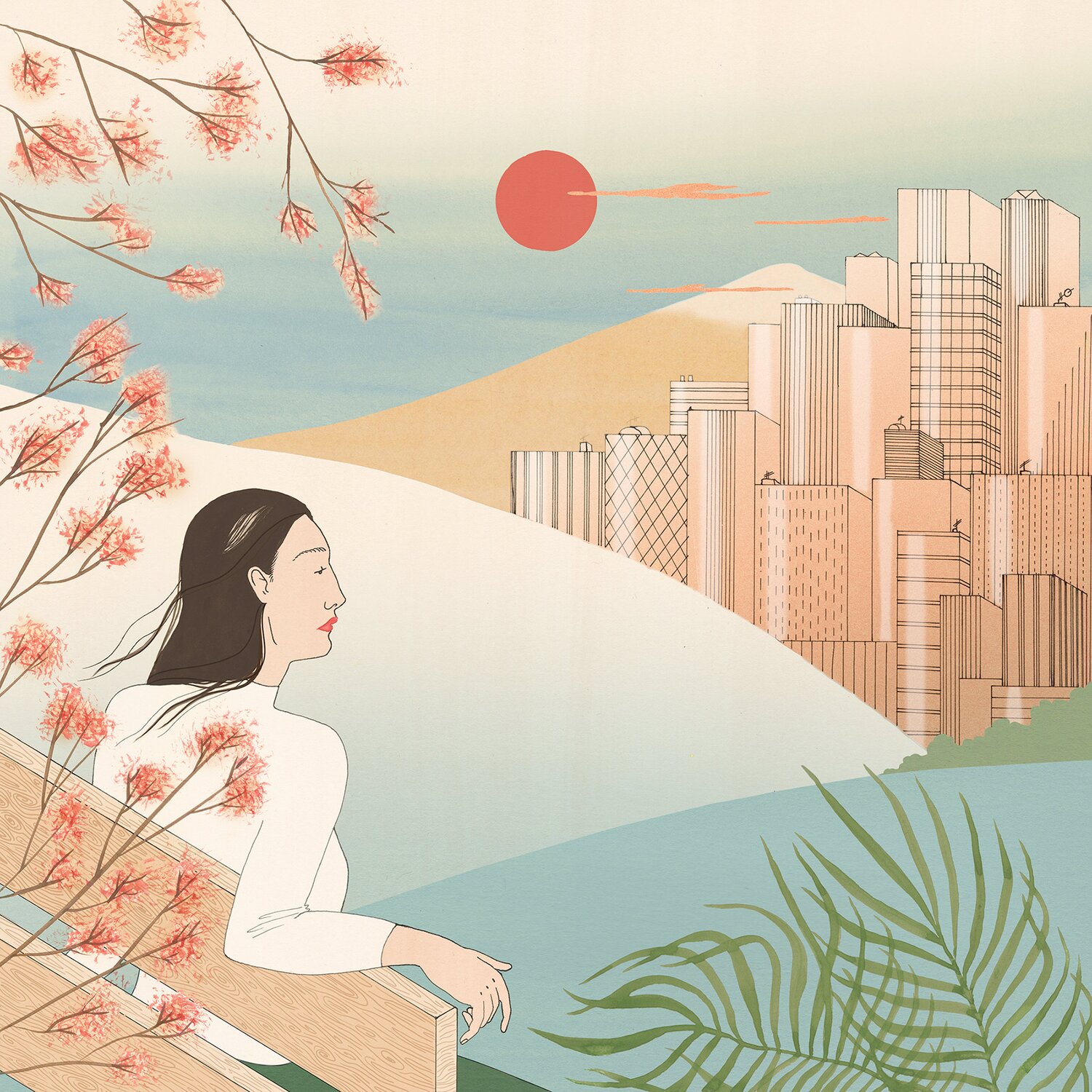 How to foster ‘shoshin’

It’s easy for the mind to become closed to new ideas. Cultivating a beginner’s mind helps us rediscover the joy of learning

is deputy editor of Psyche. A cognitive neuroscientist by training, his books include The Rough Guide to Psychology (2011), Great Myths of the Brain (2014) and Be Who You Want: Unlocking the Science of Personality Change (2021).

The Japanese Zen term shoshin translates as ‘beginner’s mind’ and refers to a paradox: the more you know about a subject, the more likely you are to close your mind to further learning. As the Zen monk Shunryu Suzuki put it in his book Zen Mind, Beginner’s Mind (1970): ‘In the beginner’s mind there are many possibilities, but in the expert’s there are few.’

Many historical examples demonstrate how the expert mind (or feeling like an expert) can lead to closed-mindedness and the obstruction of scientific progress. In 1912, for instance, when the German geophysicist and explorer Alfred Wegener proposed – counter to the received wisdom of the day – that the Earth is made up of shifting continental plates, he was ridiculed by expert geologists around the world. His German compatriots referred to his ‘delirious ravings’ while experts in the United States accused him of peddling pseudoscience. It would take decades before the orthodoxy was overturned and the accuracy of his theory was acknowledged.

Similar stories abound. In my own field of neuroscience, for example, belief in the legendary Spanish neuroscientist Santiago Ramón y Cajal’s ‘harsh decree’ that adult humans are unable to grow new neurons persisted for decades in the face of mounting contradictory evidence.

Intellectual hubris doesn’t afflict only established scientific experts. Merely having a university degree in a subject can lead people to grossly overestimate their knowledge. In one pertinent study in 2015, researchers at Yale University asked graduates to estimate their knowledge of various topics relevant to their degrees, and then tested their actual ability to explain those topics. The participants frequently overestimated their level of understanding, apparently mistaking the ‘peak knowledge’ they had at the time they studied at university for their considerably more modest current knowledge.

Unfortunately, just as Suzuki wrote and as historical anecdotes demonstrate, there is research evidence that even feeling like an expert also breeds closed-mindedness. Another study involved giving people the impression that they were relatively expert on a topic (for example, by providing them with inflated scores on a test of political knowledge), which led them to be less willing to consider other political viewpoints – a phenomenon the researchers called ‘the earned dogmatism effect’.

The consequences of intellectual overconfidence can be seen in the debates surrounding controversial contemporary issues. Take the matter of genetically modified (GM) foods, which are overwhelmingly considered to be safe based on current scientific knowledge. Research has shown that people who hold the strongest anti-GM views, believing that they are harmful, are the most inclined to overestimate their relevant knowledge. ­

Therefore, fostering your own beginner’s mind will help you to become more knowledgeable, less overconfident and more willing to engage with others – traits that are also increasingly sought after by leading employers. By practising being flexible rather than dogmatic, more humble and less brazen, you will be sensitive to other people’s perspectives and needs, making you a better sister, brother, father, mother, partner and friend. With eyes and mind wide open, it’s so much easier to enjoy the wonders of the world, to grow, to learn and to listen.

An important first step towards having a more open mind is to establish a realistic sense of your own knowledge. Countless studies have shown that most of us overestimate our understanding of various topics, everything from how a vacuum cleaner works to the detail of political policies – a phenomenon called ‘the illusion of explanatory depth’. Fortunately, there is a very simple way to address this form of intellectual overconfidence and that is to make the effort to explain a relevant issue or topic to yourself or someone else in detail, either out loud or in writing. This exercise makes the gaps in our knowledge more apparent and bursts the illusion of expertise.

If embarking on a full-on explanation sounds impractical or overly arduous, there is a shorthand version you can try. In 2016, psychologists at Washington and Lee University in Virginia showed that the same beneficial effect could be achieved simply by spending a few seconds reflecting on your ability to explain a given issue to a true expert ‘in a step-by-step, causally connected manner, with no gaps in your story’.

Another major hurdle to being open-minded is that we are naturally inclined to seek out information that supports our current views and beliefs – a human foible known as ‘confirmation bias’. This perpetuates closed-mindedness and makes us ever surer of our own knowledge.

To combat confirmation bias, be aware of it. Constantly remind yourself that it exists, and take active steps to work against it by seeking out information and perspectives that contradict your current position. A study published way back in 1980 suggested that actively challenging yourself in this way can be beneficial. Volunteers were presented with trivia questions, such as ‘the Sabines were part of (a) ancient India or (b) ancient Rome’, and then asked to rate the likelihood that their answers were correct. As expected, the volunteers tended to be overconfident in the accuracy of their answers. However, the researchers found that it was possible to reduce this overconfidence simply by asking their volunteers to list one reason why each of their chosen answers might be wrong. ‘People who are interested in properly assessing how much they know should work harder in recruiting and weighing evidence,’ the researchers wrote. ‘However, that extra effort is likely to be of little avail unless it is directed toward recruiting contradicting reasons.’

The way you think about intelligence and expertise is also relevant to being more open-minded. ‘Growth mindset theory’ argues that if we see aptitudes as malleable rather than fixed we are able to learn better. Although the implementation of this theory in formal education has come in for some criticism lately, many continue to see value in the concept, and there is a persuasive logic to the idea that people’s perspective on the nature of intelligence is likely to encourage their own intellectual humility.

A series of studies published in 2018 supported this view, showing that people who were more intellectually humble also tended to have a ‘growth mindset’ toward intelligence. This makes sense – if you take the view that intelligence is something you’re either blessed with or you’re not, then acknowledging (or actively seeking to expose) the gaps in your own knowledge and wisdom might be threatening, serving as apparent evidence of your intellectual inferiority. Conversely, if you see intelligence as something to be developed, then finding holes in your knowledge is not so threatening: instead, it opens up exciting new opportunities for learning.

A final, more pleasurable step you can take to increase your intellectual humility comes in the form of deliberately invoking in oneself the emotion of awe. Several studies have shown that awe quietens the ego and prompts epistemological openness – that is, a greater willingness to look at things differently and to recognise the gaps in one’s knowledge. The emotion also seems to reduce people’s need to be satisfied by definite, closed arguments.

Consider a series of studies published in 2019 that involved volunteers watching awe-inspiring videos of nature or of the night skies – doing so led them to hold beliefs about capital punishment with less conviction; to see political debates as less polarised; and to be more willing to engage with others holding opposing views on immigration. Another paper published the same year, and that used nature videos and a virtual-reality experience of the aurora borealis to induce awe, found that the emotion led volunteers to be more aware of the gaps in their knowledge, and to take a keener interest in science. Paraphrasing Albert Einstein, the researchers wrote that ‘one who never experiences awe ceases to discover’. The message is simple: to increase your open-mindedness, try taking the time to gaze in wonder at the stars.

Key points – How to foster ‘shoshin’

Fostering shoshin or a ‘beginner’s mind’ is not a purely individual endeavour. There is also an important social, interpersonal dimension to the cultivation of openness and humility. Intellectual hubris or closed-mindedness is thought to stem in part from a form of ego-defensiveness. We don’t like discovering (or letting others know) we’re wrong or ignorant because it dents our self-esteem. In an environment in which we feel respected and safe, this fear is reduced and we’re more willing to expose our ego to the threat of uncertainty and to acknowledge what we don’t know. This suggests that if and when you feel supported and cared for, you will be more inclined to admit your cerebral fallibilities.

Researchers tested this in a series of studies published in 2018, finding that people who felt their partner or friends were more responsive (that is, kind and understanding) also tended to be more humble and open to other viewpoints. A similar study from 2017 found that people with a more secure attachment style (who feel confident in their relationships) were more open to considering counter arguments to their beliefs.

These studies provide a reminder that intellectual humility doesn’t occur in a vacuum, and that our relationships can shape how defensive we are about our own knowledge and beliefs. To be more open-minded, it helps to feel loved and respected. Of course, this also works in reverse. If you wish those around you to be more open, consider whether you provide them with the respect and understanding to let down their defences. People in charge of institutions, such as company managers or school headteachers, could also consider whether they are doing enough to foster a culture in which people have the confidence to admit what they don’t know and to change their minds.

One last thing to bear in mind is that recent research suggests that intellectual humility – having shoshin or a beginner’s approach to life – is more of a state than it is a trait. That is, it varies within individuals, from situation to situation, more than it varies between people as a more stable aspect of personality. This suggests that the pursuit of humility and open-mindedness is an ongoing concern, not a goal that we can ever tick off as completed. Put differently, don’t forget to be humble about your intellectual humility. 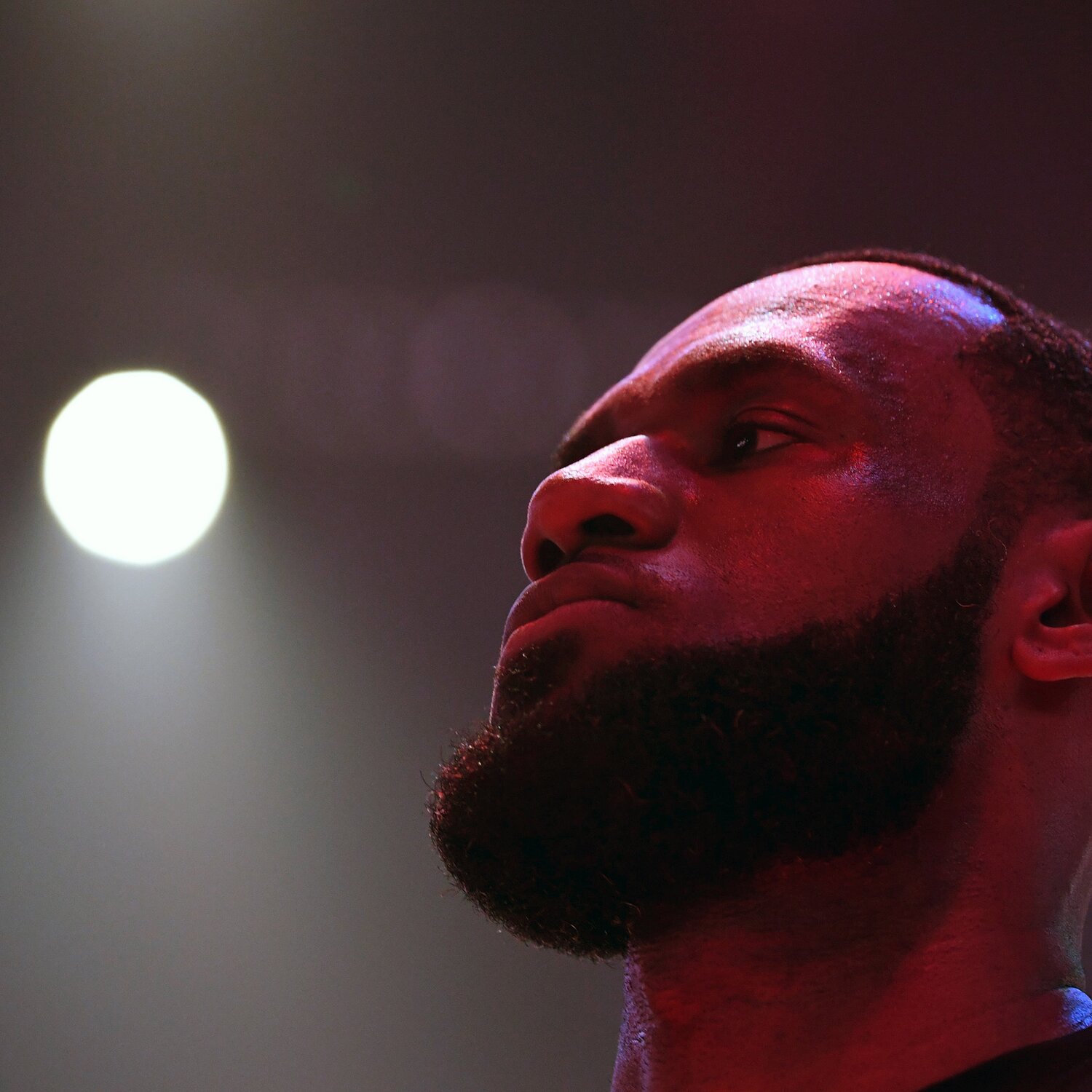 How to feel more pride

Get comfortable owning and enjoying your achievements, big and small, and you will nourish your mental health and self-esteem 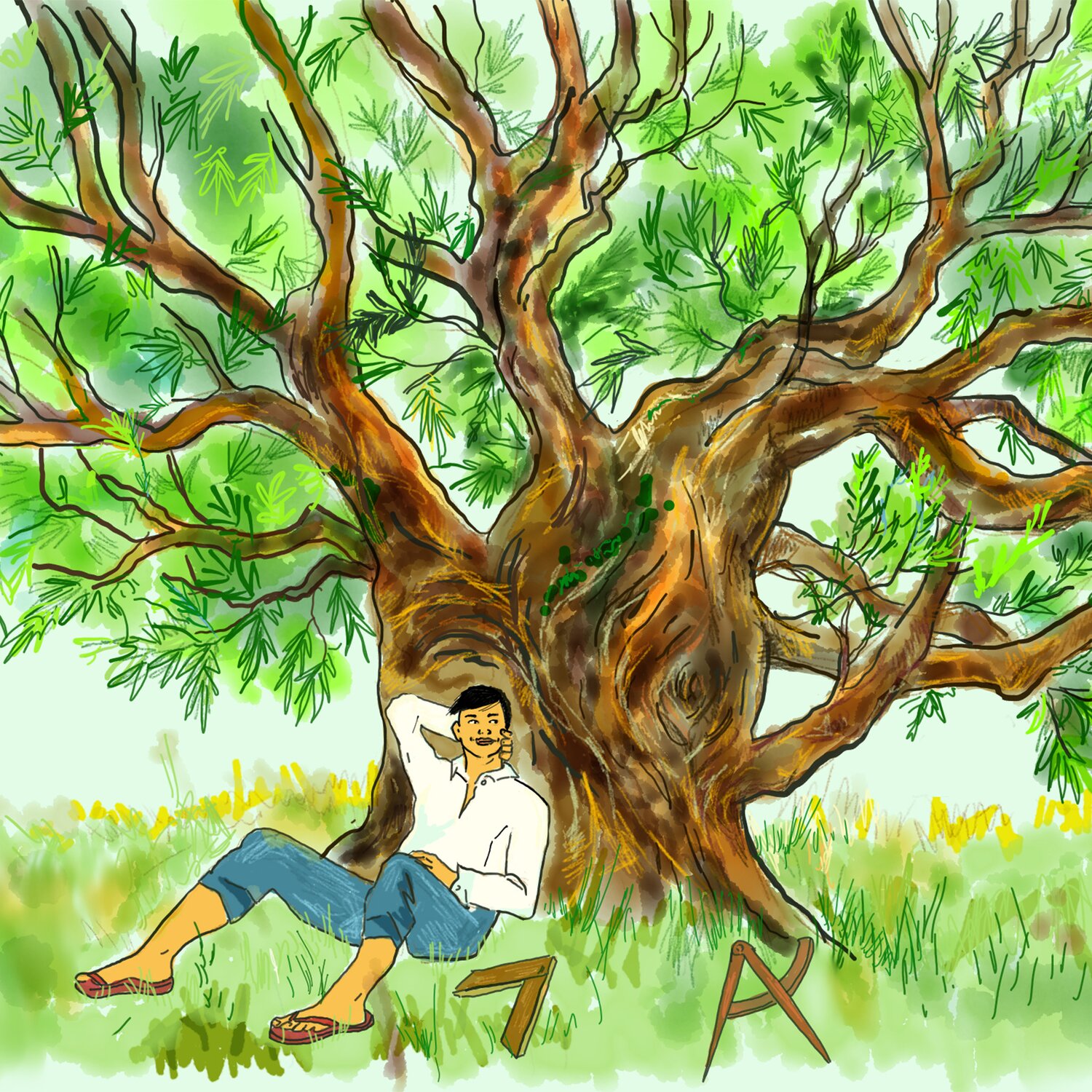 Meaning and the good life

How to be useless

Follow the Daoist way – reclaim your life and happiness by letting go of the need to produce, strive or serve a purpose 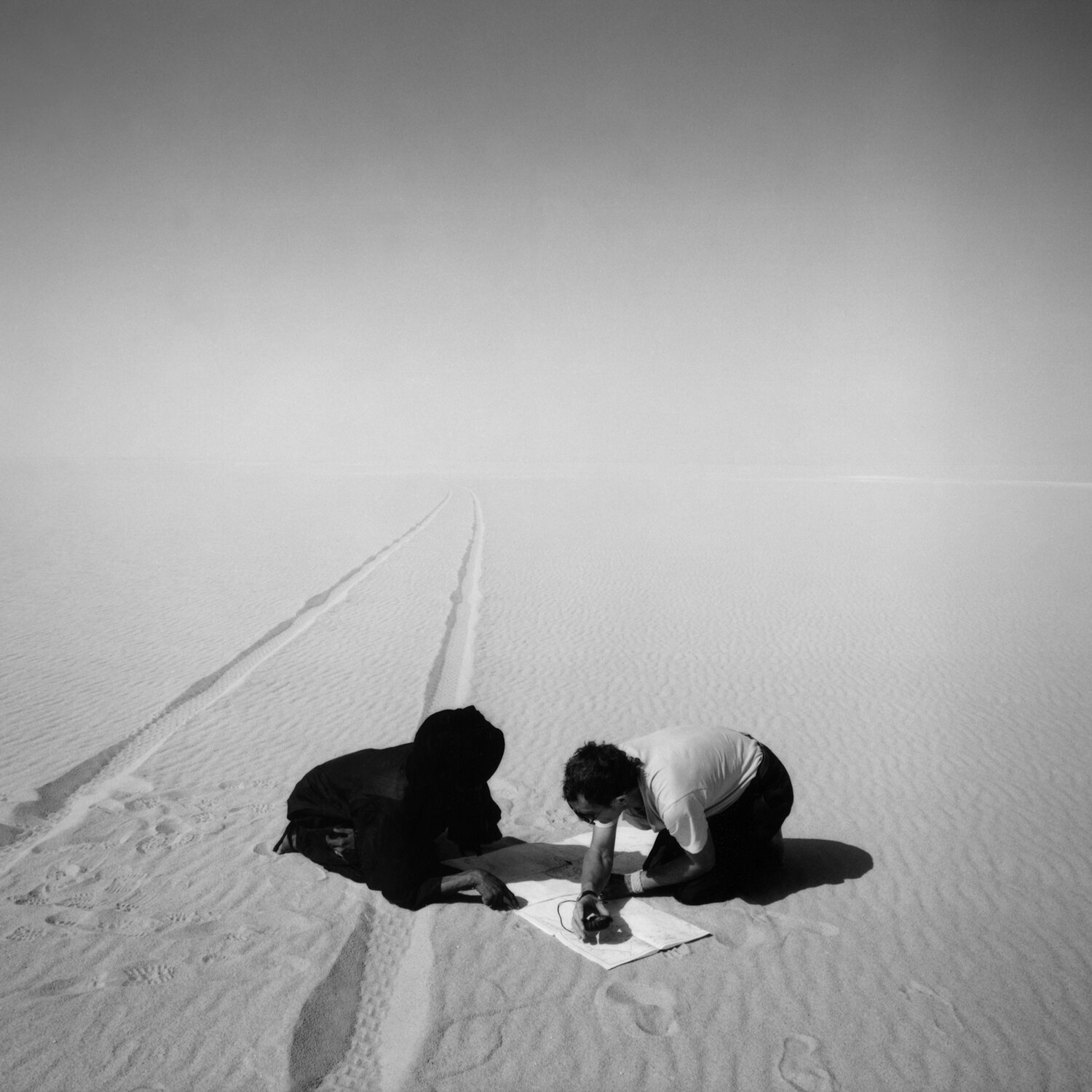 How to make a difficult decision

It’s tempting but unwise to delay important choices. Grasp the nettle by using both systematic checklists and gut instinct