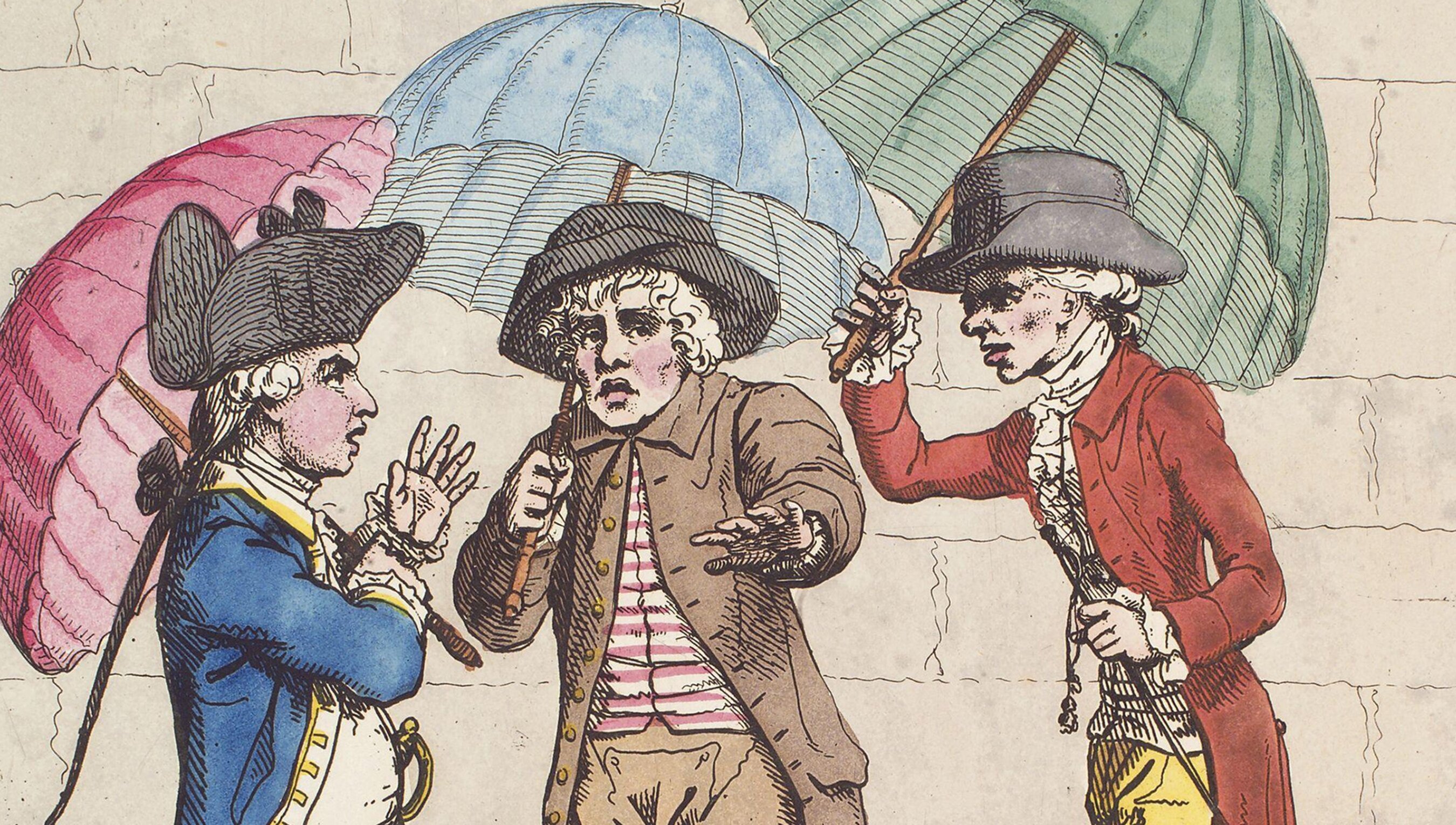 A window into 18th-century Queer London, tender yet defiant

is associate director at the Folger Institute of the Folger Shakespeare Library in Washington, DC, where she runs the Fellowships Program. She is the author of Female Alliances: Gender, Identity, and Friendship in Early Modern Britain (2014) and is working on Spa Medicine and Body Politics in the British Atlantic (forthcoming). She lives in Baltimore in the US.

In the first few decades of the 18th century, London was gripped by a moral panic. Vigilante mobs seized and attacked members of the public, calling them ‘unnatural’ and ‘undecent’. Judges and juries rushed to convict, threatening death by hanging. They wanted punishment, and they wanted destruction of the communities that sustained and supported the supposed criminals.

Lawmakers and vigilantes alike worked to shut down sites where men gathered together for sex, friendship and sociability. There was one in an ale-house called the ‘Royal-Oak, the Corner of St George’s-Square in Pall-Mall’, and one at an establishment ‘in Black-Lion-Yard White-Chappel’ that was nicknamed ‘Mrs Muff’s’. And there was ‘Mrs Clap’s House … in Field-lane, Holbourn’. During the trial of Gabriel Lawrence in 1726, Clap’s establishment was described as having ‘the publick Character of a Place of Entertainment for Sodomites’, well known and well recognised within the community as a queer space. It was a site for sex, but also for ‘entertainment’, where working men could be charmed, delighted, diverted. And it was busy, with ‘30 or 40 of such Persons there every Night, but more especially on a Sunday’, a day when many labouring people were given respite from work and could potentially take time to socialise and relax.

The men who preserved, maintained and populated these spaces were working men. In modern-day Soho, ‘at the Red Lyon in Crown Court in Knaves Acre’, the community was hosted by Thomas Orme, a silk-dyer. Meanwhile, a wool-comber named Thomas Wright regularly gathered a ‘Company’ of eight or nine people together at his home, first ‘in Christophers Alley in Moor-fields’ and then later on in ‘Beech Lane … [where he] kept Rooms for the entertainment of Sodomites’, his accusers declared. Wright and his companions drank ale, joked and talked about sex, listened to fiddle music, sang songs, and danced closely, cuddling their bodies together. In all of these places – spacious rooms or cramped hallways, packed full of people or witness to small groups of friends – working men enjoyed each other in ways that were forbidden in most of the metropole.

Time and again, these working men drew upon ideas and languages of love, sweetness and affection

In such protected pieces of London, labouring men shared a language with its own cues, rhythms and inside jokes. They used traditional terms for sociability, courtship, affection and marriage, but in their milieu the words took on new nuances. The men who gathered at Mrs Clap’s called all sex acts ‘making Love’ and, even when this was transactional sex work, the men ‘call’d [it] marrying’. At the Royal Oak in Pall Mall, when two men had ‘a Mind to be married’, they retired to a ‘Room, [called] The Chappel’. One man remembered that he’d exchanged intimacies with ‘several Husbands, as we used to call them’, and that an out-of-town newcomer once wanted to hire him for ‘a Wedding Night’. At Mrs Clap’s, these romantic, fanciful turns of phrase were named ‘little Sodomitical Civilities’, forms of politeness that were recognised as being queer, a novel context for the expression of traditional desires, affections and passions.

Queer intimacies were nurtured when some men chose new ‘Maiden Name[s]’ that they used within their communities: Orange Deb, Nel Guin, Flying Horse Moll. The names were evocative and reminiscent of sex workers who had achieved fame and fortune, such as Eleanor ‘Nell’ Gwyn, an orange-seller who had become an actor and recognised mistress of King Charles II 50 years earlier. When men took on these names, they were born again, for ‘when any Member enter’d into their Society, he was christned by a female Name’. Instead of holy water, these men were playfully baptised with ‘a Quartern of Geneva [Jenever, or Dutch gin] thrown in his Face’.

Sex then, like sex today, contained an infinite variety of gestures, movements, touches and motions, performed with adoration or resentment, happiness or pain. But time and again, these working men drew upon ideas and languages of love, sweetness and affection. Orange Deb and one of his partners ‘appear’d very fond another, they hug’d and kissed’. In the summer of 1726, when Thomas Dalton approached Joseph Yates for sex in St James’s Park, he used endearments alongside physical gestures, supposedly calling Yates ‘his dear’ while he ‘squeez’d [his] Hand [and] hug’d [him] in his Arms’. Thomas Wright’s sex partners said he was ‘very fond of us’ and would ‘kis[s] us all at parting’.

These communities were so tight-knit that anyone who turned court-informant was denounced vociferously. When Wright’s friends heard that their companion Mark Partridge had testified against him, they ‘call’d him a treacherous, blowing-up Mollying Bitch, and threatned that they’d Massacre any body that betray’d them.’ Partridge also informed against Orange Deb, and, when he did, another man called him a ‘vile Dog’. Members of the community who cooperated with the courts understood that, if they did so, they would lose access to the friendship, care and sociability that characterised 18th-century Queer London. When Jonathan Parrey agreed to testify to the authorities, he noted in the court record that he ‘took a Resolution to betray the Company which met together’. It’s telling that he used the word ‘betray’, suggesting that, in standing up in court against his friends, he experienced a sense of disloyalty, deception and duplicity.

We know that queer subcultures existed in the past even if we don’t often have evidence of them. In the case of 18th-century London, paradoxically some of the best evidence of a queer community of labouring men comes from sources that are hostile and oppositional. The Old Bailey’s court cases for sexual offences – despite their heartbreaking nature, despite the fact that each accused man’s words were twisted, mediated and recorded by his antagonists – offer revealing glimpses into the emotional lives of 18th-century labouring men. The cases are filled with evidence of queer emotion, a sense of belonging, and expressions of solidarity. In these scribbled, quill-and-ink manuscripts, we discover affection, tenderness, playfulness and care. We find that these men defended the taverns, boarding houses and pubs where they felt safe and welcomed. We see that they defended one another. This rare, remarkable window into the past reminds us that the Queer London of the 18th century was not the Queer London of today. It had its own tongue-in-cheek references, its own affectionate monikers. But while these sources make historical differences apparent, they also remind us of enduring queer resilience, defiance and strength.