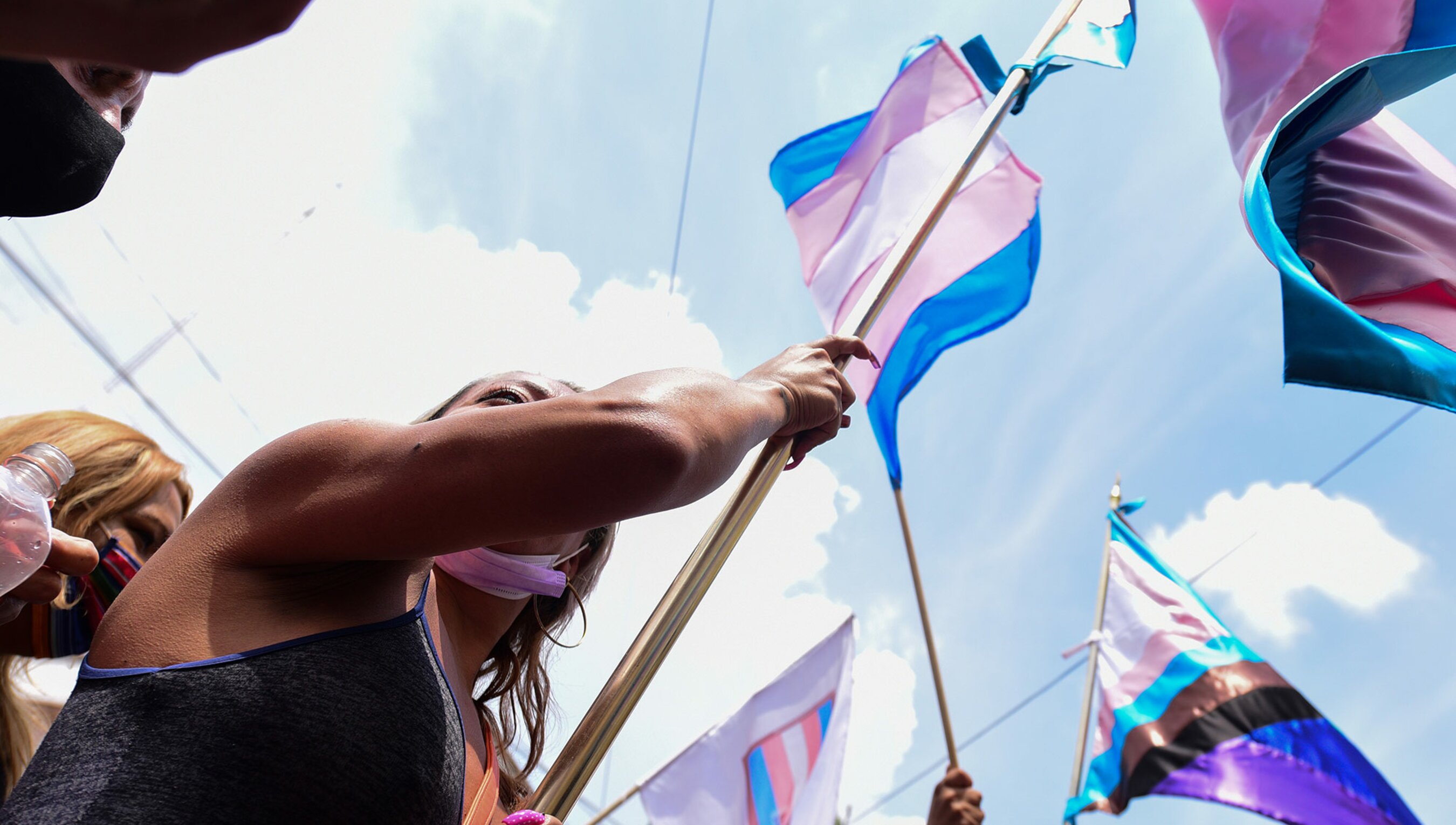 is a senior lecturer in social psychology at the University of Exeter whose research examines social identities, relationships and health with the aim of remediating social disparities. He leads the project AFFIRM Relationships, funded by a Starting Grant from the European Research Council, which will investigate changes in psychosocial functioning and social relationships among transgender people after beginning gender-affirming hormone therapy.

Tales of transformation can range from the hopeful, as in the case of the fairy tale of the Little Mermaid, to the absurd, as in Franz Kafka’s novella The Metamorphosis (1915). Imagine a tale of your own: you awake one day to find that, wherever you go, others identify you as someone you are not and treat you as such. After preparing your morning coffee, the barista tells her colleague that the latte is for ‘that person over there’, describing someone who doesn’t look the way you know yourself to look and pointing in your direction. In this confusing state, you would plead with others for recognition and affirmation. For many transgender people, this absurdist mental exercise is not an exercise at all, but a lived reality.

Having our identities affirmed by others is a fundamental aspect of human social life. As the sociologist Charles Horton Cooley suggested in 1902, we come to know ourselves not just through our own introspection, but also through our understanding of how others in society see us. This concept has been labelled the ‘looking-glass self’, as we use others’ perceptions of us to help define who we are and, in some cases, who we might want to become.

However, it can be exceedingly difficult to see oneself clearly if one’s looking glass becomes fogged due to persistent miscategorisation by others. This is often the case for transgender people whose social identities are not consistently recognised or affirmed. In 2003, the social psychologists Manuela Barreto and Naomi Ellemers wrote an authoritative review of the consequences of discrepancies between internal and external identity categorisations – in other words, how we see ourselves and how others see and treat us. They argued that such discrepancies can sometimes lead people to reassert their own identities in an attempt to correct inaccurate external views, which can take a psychological toll on the individual if stubborn resistance is encountered.

Transgender people must also contend with a social identity that is highly stigmatised across most societies, risking frequent exposure to prejudice and discrimination as well as aggression and even physical violence. Such stigma has clear negative implications for health and wellbeing. This is a primary reason that transgender people tend to suffer from higher rates of many mental and physical illnesses throughout their lives. Given such dire circumstances, it is vital to provide insight into points of resilience for transgender people, including ones that are shaped by their social environment.

Being proud of who one is might offer some protection when one is treated unfairly, even for members of stigmatised groups

We also found evidence that the affirmation of one’s gender identity by others was a significant determinant of wellbeing for our participants. Transgender people who said that others tended to use their chosen names and pronouns – rather than ‘dead names’ (chosen by parents at birth) or pronouns referring to an incorrect gender identity – reported greater wellbeing overall. Particularly illuminating was that this link between external affirmation and wellbeing seemed to be accounted for, at least in part, by greater clarity in one’s own self-concept (assessed by agreement with statements such as ‘In general, I have a clear sense of who I am and what I want’ ). This suggests that when transgender people receive recognition and validation of their true identities, they come to see themselves more clearly, and that this self-insight is in part what supports wellbeing for transgender people.

These findings underscore the importance of strong and supportive social relationships to transgender people throughout a gender identity transition and beyond. We have recently conducted a systematic review of qualitative research on the social experiences of transgender people and their relational partners. From this review of dozens of relevant studies, we concluded that relationships marked by open communication and supportive elements can bolster health and wellbeing for transgender people throughout the life course and aid in positive identity development. This is true of their relationships with people both inside and outside the LGBTQ+ community. A transgender participant in one of our recent interview studies, who is also a service provider working with transgender clients, noted:

My immediate aim is to make them feel relaxed … that I understand them and will not judge them no matter how they present themselves in terms of clothes and other aspects of their presentation.

Open discussions about gender identity, in which both transgender people and their relational partners question and challenge gender norms and societal restrictions, can strengthen those relationships. Unfortunately, hostile and ambivalent experiences are also relatively common in transgender people’s social relationships, which can reinforce stigma. The importance of these different types of social experiences was highlighted by another transgender study participant, who told us:

I was never particularly high-key in my dysphoria, until it came to interacting with other people. It was [more] about them and how they saw me than how I saw myself.

In many parts of the world, if transgender people are even able to access medical gender identity services in the first place, waiting lists can extend for months or even years. This waiting period can be particularly fraught, as transgender people might not be able to physically ‘pass’ as their gender, making social gender affirmation potentially even more important to their identities and wellbeing. It is crucial that well-intentioned relational partners actively affirm the identities that transgender people express, including through their changes in dress and mannerisms, and even absent any particular physical changes.

It is worth noting that affirming someone’s identity is not about being perfect or never making a mistake. Recent experimental work that we have conducted confirms that people who are not transgender understandably worry about accidentally using incorrect pronouns and language when interacting with transgender people. While not ideal, such mistakes are of course natural to some extent and do not necessarily signify ill will. Interactions between members of different social groups have the potential to provoke anxiety, but they often go better than people expect. Therefore, efforts to educate people about the importance of affirming the identities of transgender friends, family members and strangers could reap benefits not only for transgender people’s wellbeing but also for their own.

Ultimately, gender identity affirmation is about respect for transgender people and their human dignity. It is not for society to dictate the truth of an individual’s existence. What we can and should do is focus on our own ability to help others feel seen as their true selves, nurturing social environments that support mutual recognition and affirmation for all people and their multitudinous social identities. By recognising and affirming the various identities we express, we can celebrate our shared humanity.