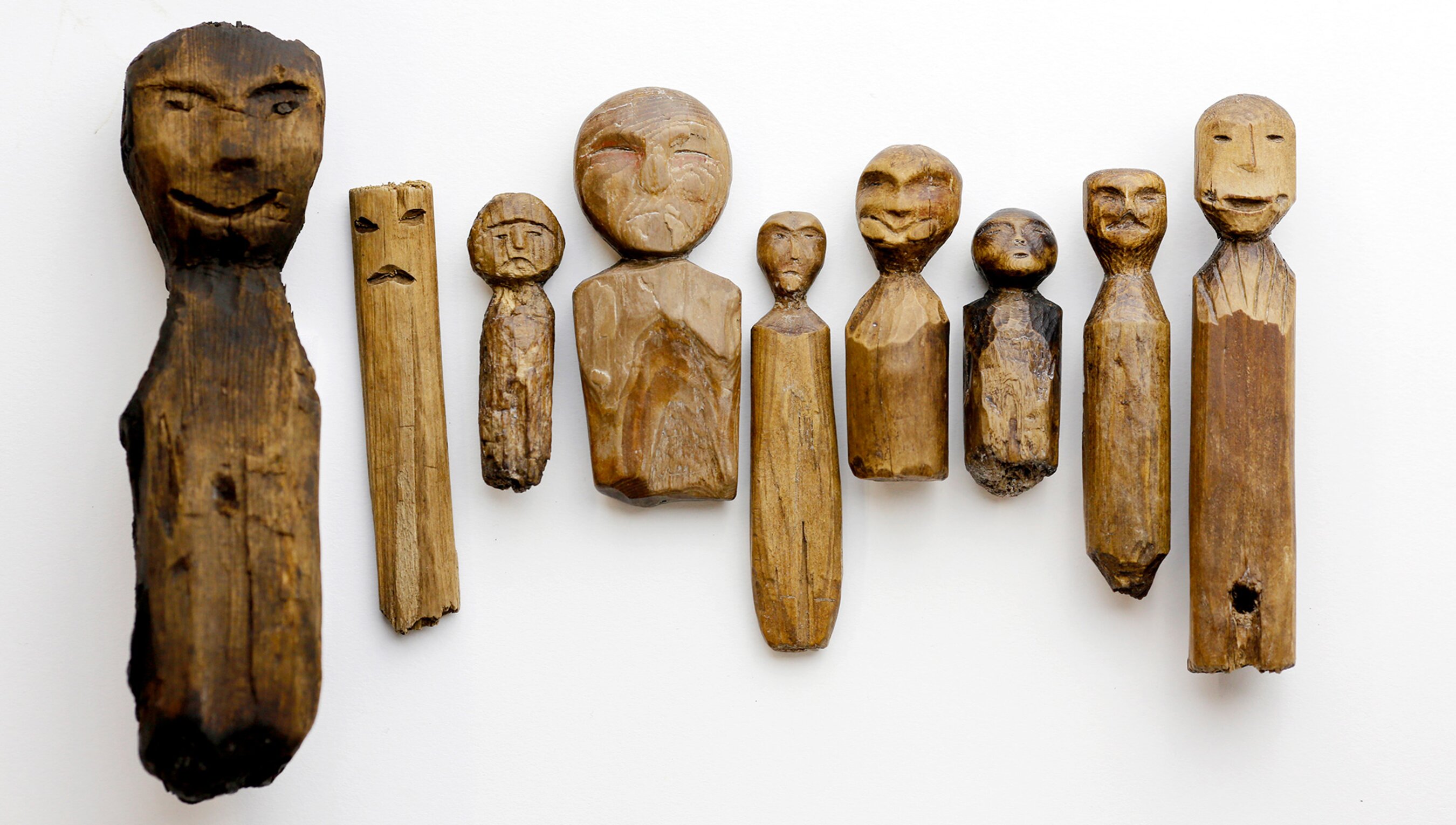 Archaeology excavates the layers of meaning we leave behind

is assistant professor of philosophy at the University of San Diego. Her book on communication in bodies and bodily adornment is forthcoming from Bloomsbury.

Trying to find something in a stack of whatever has piled up is a mundane experience – be it looking for some student’s work on the desk, or rummaging through the glove compartment for the car registration documents. As you roll your eyes at your own habits, you might think: ‘How did all this stuff get here? How long has it been since I used this? What is it under?’ If you got pulled over for speeding last week, you shouldn’t have to dig deep for your registration. But if it’s been a year, it might be hiding under a pile of napkins saved from fast-food places and the manual from when you had to look up how to change the car’s clock. You realise this as you start to dig.

This sort of reasoning – which is second nature to us all – underpins the notion of stratigraphy in archaeology. Things pile up not just on desks and in glove compartments but everywhere. Unless someone or something comes and messes it up, the old things are at the bottom and the new things are at the top. The strata – or layers – are placemarkers for the time when they were laid down. We can say, then, that the order in which things are found in archaeological digs has meaning.

Words in a language require meaning-makers. I could make up and utter the word ‘glack’ in a sentence, asking you to ‘Please pass the glack,’ but it doesn’t mean anything just because I say it. So how do meaning-makers make meaning? We might be inclined to say that words have meaning simply because of their history of use but for Grice it’s the speaker’s intention that’s paramount. It’s what we do with words in particular utterances that matters, not just what others have done with them in the past.

Past use doesn’t determine what we mean by uttering a word on a particular occasion, but it does shape what a speaker can intend to get across. If I am being cooperative, and I intend to make a request that you pass something on the table, I won’t use a word I know you don’t know. To do so would be to violate a tacit commitment to a basic principle of cooperation, which Grice argues underpins all communication.

Grice’s natural/non-natural meaning distinction is useful in many contexts, including one of my own fields of interest, philosophy of archaeology. Much of archaeology is concerned with uncovering meanings of discovered objects. Last spring, I participated in a 10-day archaeological dig in Cabo Rojo on the southwest coast of Puerto Rico where I saw this first-hand.

Before we left for Puerto Rico, we attended a couple of classes at the University of Miami where we learned some basic history of the region. Cabo Rojo, the area where we would be digging, is a dry region with salt flats drying in the sun and towering cacti growing in abundance. From a previous dig, we knew that the area contained a number of shell middens from c2000 BCE to 500 CE. Middens are basically piles or collections of stuff – often the remains of prehistoric trash heaps.

Once we got to Puerto Rico, the work was tiring but rewarding. Every day, we were up before 6am and assigned either to ‘survey’ or ‘excavation’ duties. ‘Survey’ consisted of going to predetermined locations, which we would find with a GPS, and digging holes with an unwieldy tool unimaginatively named a ‘post-hole digger’, then documenting what we found. Usually it was just dirt. Those on ‘excavation’ were digging carefully and methodically in the shell middens. I much preferred the slow, methodical work of excavation to the backbreaking task of survey and, luckily, after a couple days of survey, I worked at the excavation site for the rest of the trip.

King Tut’s enemies were depicted on a footstool, and thus would be under the feet of the king when he was on his throne

At the excavation site, we made decisions about what had meaning. As with the items in a glove compartment, the order in which things were found on the dig had natural meaning. Some things were deemed especially significant. When a tiny piece of what was thought to be charcoal was identified, it was tenderly placed in a sample bag for later analysis. The object carried important natural meaning about the site’s age. It would be used for carbon dating, allowing more precise estimates of the age of everything found below and above. Shells were bagged. Pieces of stone that were thought to be artifacts were bagged. Some dirt was collected for later analysis, but most was discarded, as were stones that were deemed not artifacts for bagging but mere ‘rocks’ – a distinction that required an expert eye.

Everything that is dug up – be it shell, piece of charcoal, bit of soil, or unpromising-looking rock – has some natural meaning and, depending on the scientific tools available, can be a source of information. Those things that were made or modified with a human intention to serve some purpose are classified as artifacts. They carry natural meaning too. But they can also embody intentions – both in the kind of objects they are, and in how they have been used or discarded. But communicative intentions are hard to glean from shells and stone. This is because with prehistoric artifacts details about the original creation and use are difficult to uncover.

Non-natural meaning for Grice requires a very specific intention. It is an intention that somebody else would recognise my intention, and thereby come to believe something. Can we find this sort of meaning in objects recovered from a hole in the ground? We can hope to. But that involves a sort of reconstruction of the situation in which these objects were created.

We can certainly find non-natural meaning in some of what archaeologists themselves do, though. It is a common practice, passed down orally to trainees on dig sites, that after archaeologists excavate a site, they include in the backfill a few modern items such as cans and coins. This sounds like odd behaviour, almost littering. But the intention is that future archaeologists would recognise that in these ‘subsurface markers’ there is an intention to communicate that the site has already been dug, and the coins can even suggest roughly when this was done. Recognising this would save future archaeologists the trouble of unwittingly digging the site again. So archaeologists who include cans and coins in the backfill on these sites mean something by this, and they hope that their intentions will be legible to archaeologists in the future.

But finding non-natural meaning in ancient artifacts is not impossible. One fascinating case of this is King Tutankhamun’s footstools. When his tomb was excavated by Howard Carter in 1922, archaeologists recognised that, for the most part, the items found were to help the king in the afterlife: food, depictions of the gods, gold etc. But, in contrast with everything else, there were also depictions of his enemies. As with the coins thrown by archaeologists into excavated holes, this seems very odd indeed until we consider the intention that we are meant to recognise in this act. King Tut’s enemies were depicted on a footstool, and thus would be under the feet of the king when he was on his throne. Despite the gap of thousands of years between us and the Ancient Egyptians, we can understand the meaning of putting your enemies under your feet – and see the expression of power and disrespect this communicates, once we, as able interpreters, recognise the intention.