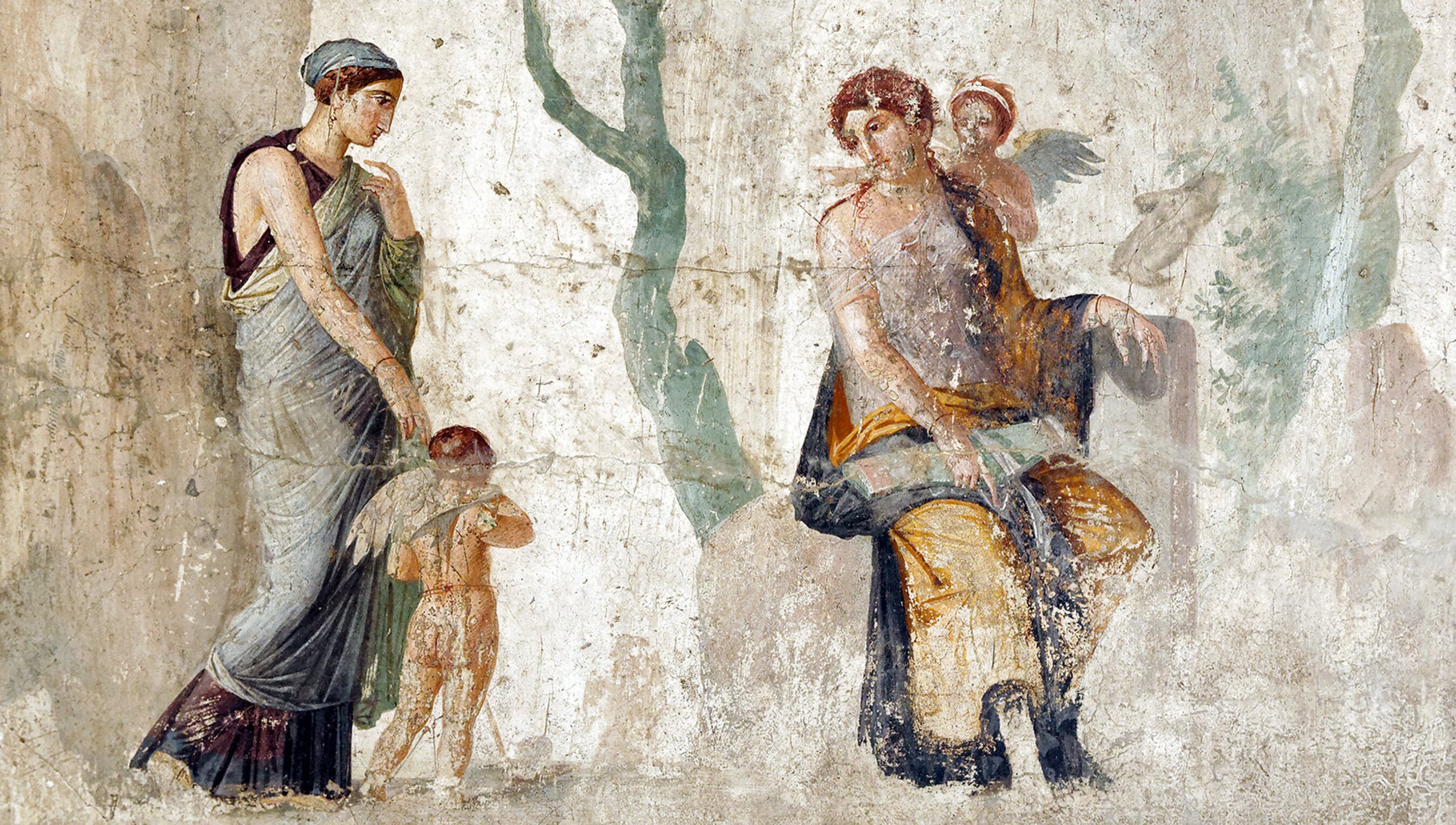 Can political persuasion be something more than manipulation?

is department chair and professor of English at the University of Houston in Texas. He is the author of Rethinking the Rhetorical Tradition: From Plato to Postmodernism (1997), The Rhetoric of Plato’s Republic: Democracy and the Philosophical Problem of Persuasion (2015) and Loving the World Appropriately: Persuasion and the Transformation of Subjectivity (2022).

In answering the question ‘What is Enlightenment?’ Immanuel Kant in 1784 argued that ‘All that is required for this enlightenment is freedom … namely, the freedom of man to make public use of his reason in all matters.’ In the past several years, this commitment to the emancipatory power of reason, and to the further belief that enlightenment is possible if people are willing to attend to the conclusions reached by reason, has been seriously challenged. Examples abound: the rejection of vaccines to protect against the COVID-19 virus, or the refusal of some to acknowledge the legitimacy of the last presidential election in the United States.

Those committed to reason and science have kept on doggedly presenting arguments and data that they believe should have convinced any reasonable individual. Their efforts, however, have had minimal effect, and this has been understandably distressing to those who believe that claims backed by reason and data should be persuasive. But while Kant might have shared this distress – and attributed the failure of reason to convince an audience to what he called ‘immaturity’ – he would also have argued for the divorce of reason from persuasion. He would have insisted that conclusions reached by reason should compel consent, and were an exercise in freedom; meanwhile, efforts at persuasion were grounded in subterfuge, and trafficked in prejudice.

Kant’s confidence that reason freed from various inherited authorities or prejudices would lead to enlightenment was, in part, based on a model of the mind. This model held that, for reason to be truly free, it had to be uncontaminated by emotions and passions, for these affections distort a true perception of affairs. For him, persuasion was tied to emotional manipulation and therefore was often in opposition to reason. It was often, if not always, a product of deception.

And Kant is not alone in his suspicion of the legitimacy of persuasion. Persuasion has often been linked with manipulation, or coercion, or pandering. At the heart of such suspicion is the assumption that persuasion is to be understood as an act done by someone to someone. One party is active, the other party is passive. Even neutral accounts of persuasion assume that the intention of a rhetor – from the Greek rhētōr for one who practises rhetoric, the art of persuasion – is to move an audience to believe what the rhetor wants it to believe.

Peitho (the personification of persuasion) was divine, either a sister or a handmaiden of the goddess Aphrodite

The ancient Greek Sophist Gorgias, one of the early proponents of rhetoric, celebrated this aspect of persuasion, boasting that it was a great power, one allowing a rhetor, through emotional manipulation, to move an audience in any desired direction. Philosophers have long been appalled by such claims. Plato saw them as unethical and dangerous, while Aristotle sought to reform rhetoric as an art by recasting persuasion in terms of an audience that was not passive but rather actively making a judgment and hence not a victim of manipulation.

However differently its defenders and accusers may view its operation, they agree that persuasion is a powerful force in human affairs. In the Greek pantheon, the goddess Peitho (the personification of persuasion) was divine, and identified as a sister, handmaiden or daughter of the goddess Aphrodite. Persuasion and desire were linked as two powerful and related affective forces. As the poet Anne Carson has argued Eros the Bittersweet (1986), the early Greek lyric poets saw Eros as an invasive force to be feared. To these poets, Eros challenged the autonomy of the individual and revealed the vulnerability of human subjectivity. For philosophers, persuasion posed an even greater threat than Eros, for unlike Eros, persuasion was often a deliberate effort to control another human being.

Given persuasion’s potential for abuse, much of the Western rhetorical tradition, starting with Aristotle, sought to defend persuasion as an important practical resource for making civic decisions. Recently, the political scientist Bryan Garsten in Saving Persuasion: A Defense of Rhetoric and Judgment (2006) revived the argument that an ethically conducted persuasion is essential to civic life. For Garsten, modernity’s abandonment of persuasion is the origin of the contemporary political alienation that so worries those committed to reason. Those who have become alienated no longer seek to persuade their fellow citizens and resist efforts at being persuaded, seeing such efforts as disguised manipulation or coercion. Garsten traces the abandonment of persuasion to Thomas Hobbes initiating the search for a civil authority that was certain, unequivocal and transpersonal. But if this grounding of political authority in the transcending of individual experience is a distinguishing feature of modernity, Garsten contends that it is also an important source of the alienation felt by those marginalised by the increasingly global world order. For those who are alienated, an appeal to the necessary authority of reason as transpersonal is unpersuasive, for they see this appeal as an effort at coercion, and they resist it.

To address this alienation, Garsten proposes a return to the rhetorical tradition. In particular, he looks to Aristotle and Cicero to recover a civic discourse that credits personal experience as a source of authority. But Garsten still assumes that persuasion is to be understood as an activity in which a rhetor seeks to move the audience to the rhetor’s understanding. Unfortunately, this paradigm undermines his argument for the importance of persuasion, for it confirms the suspicions of those who feel their voices have been excluded from mainstream political discourse. They see the efforts to persuade them of the reasonableness of some position or course of action as camouflage for the disguised operation of power by an elite in order to retain their power.

Given the ongoing suspicion of persuasion, it may be time to rethink the paradigm that has underlain persuasion for the past couple of millennia. What if persuasion were approached not as an action done by a rhetor to an audience but in terms of the audience’s needs? Such an approach would draw on another founding discourse of modernity: Sigmund Freud’s insight that mind exceeds the operation of conscious or mature reason. Such an account would see the emotions and passions that so exercised Kant not as distortion but as an essential aspect of mind. This expansion of what counts as the operation of mind would resonate with Aristotle’s account of emotion in Book 2 of his Rhetoric, and provide a new way to understand persuasion.

While it is true that Aristotle criticised Sophistic rhetoric for limiting the practice of rhetoric to emotional manipulation, he also recognised that emotions were a potentially important source of understanding. Emotions were not irrational eruptions; they were, to use the philosopher and psychoanalyst Jonathan Lear’s phrase, ‘proto-rational’. For Lear, Aristotle understood that emotions were orientations. They were striving for understanding and were completed only when an individual understood what occasioned the emotion. In Aristotle’s premier example, one does not simply get angry. Anger is a response to an individual feeling slighted. Anger registers a complex response, one that usually occurs before there is a chance for mature reason to assess a situation. Emotions reveal what individuals value and the way in which they perceive the world to either confirm or deny those values. Like any response, an emotion can be mistaken, but it has an important function – through their emotional responses, individuals are continually negotiating their relations with others and with the larger world.

Freud held that humans are a product of, in (large) part, erotic attachment. Shaped by an Eros that begins in the parents’ loving responses to the needs of an infant, a human’s responses initiate a dialectic of frustration and satisfaction out of which an individual emerges. For an individual to thrive, they need to have a loving relation to a world that loves them back. For a variety of reasons, this relationship can become unbalanced. Understandings that supported the relationship can cease to be adequate. When this occurs, the individual needs to reconstitute themselves. When the imbalance is pathological, therapy may help.

But when the imbalance is not pathological, persuasion itself can function as an act of intellectual and affective reorientation through which individuals and communities reconstitute themselves. Persuasion registers the ongoing activity through which individuals and communities realign themselves to changes in the world. Of course, this practice can be abused. People can love the wrong things, they can engage in self-destructive behaviour, behaviour that also damages others. They can be so alienated that they put themselves outside the reach of persuasion. But when persuasion is understood in terms of the erotic needs of the audience, it becomes clear that persuasion is the ongoing activity through which humans come to love the world. Understanding persuasion as a response to the need of individuals estranged from their world to reconstitute themselves as citizens reframes the problem of civic alienation from a resistance to reason. Persuasion then becomes a search for an affective orientation that allows these individuals to feel once again at home in the world.