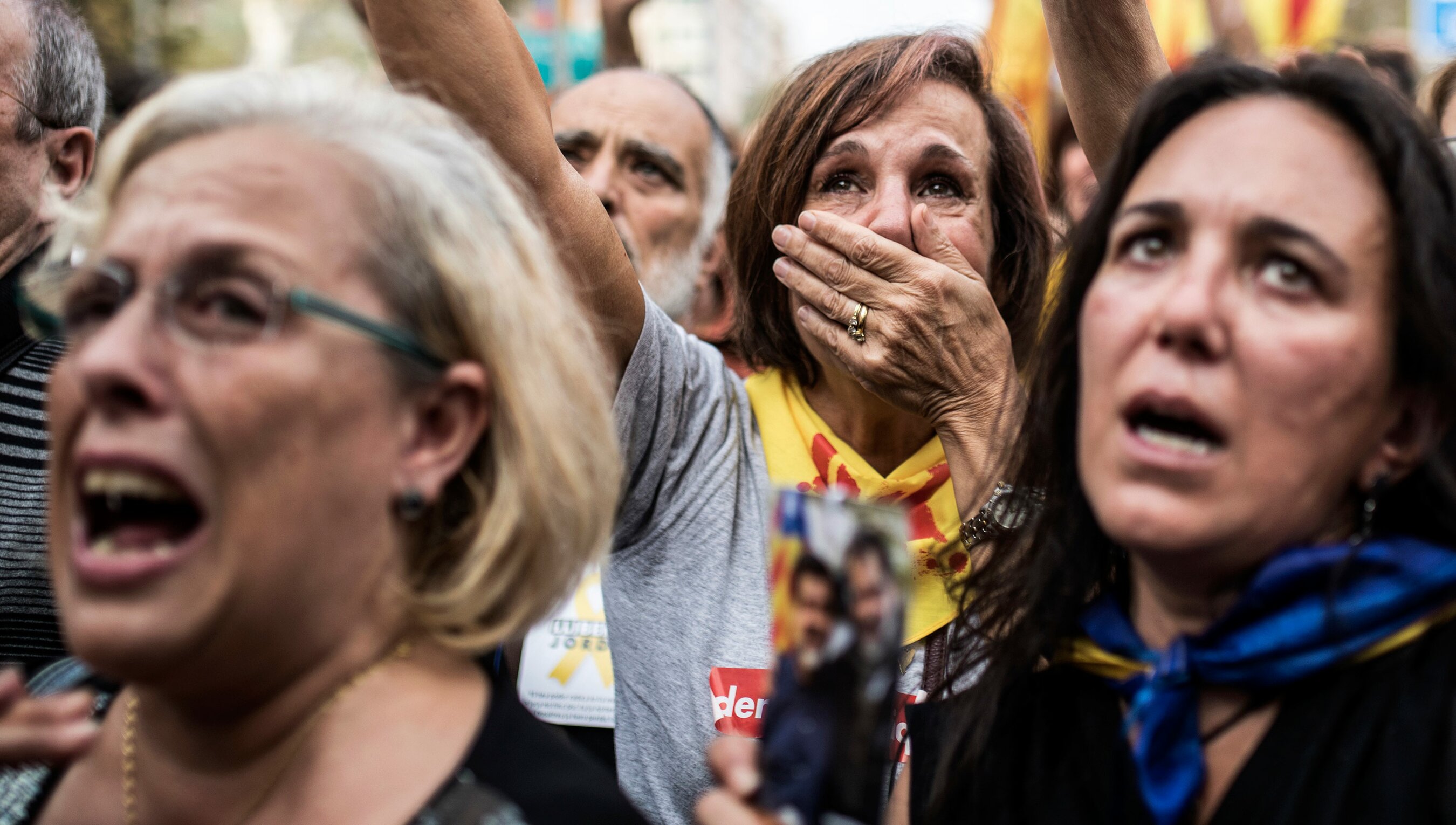 Neuroscience has much to learn from Hume’s philosophy of emotions

is professor of literature and an affiliate professor of philosophy, as well as an affiliate of the Center for Behavioral Neuroscience, all at the American University in Washington, DC. His books include Perverse Romanticism: Aesthetics and Sexuality in Britain, 1750-1830 (2009) and Imagination and Science in Romanticism (2018).

We are in the midst of a second Humean revolution. In his Treatise of Human Nature (1739-40), the Scottish philosopher David Hume argued that: ‘Reason is, and ought only to be the slave of the passions …’ By ‘passions’, Hume meant what we now call emotions. What gave him such faith in the passions that he could accept reason’s enslavement to them? Hume understood reason to be incapable of producing any action, and the passions to be the source of our motivations. So he insisted that we must attend to the passions if we want to understand how anything gets done. Much recent neuroscience has found that human rationality is weaker than is commonly presumed, and the emotions make it possible to make decisions by granting certain objects salience. Why does this second Humean revolution matter and what, if anything, can the second revolution learn from the first?

By and large, scientists until recently avoided the emotions as too subjective, too imprecisely defined. Yet once Darwinian evolution and neuroscience supported the link of emotion to action, emotions began to gain more attention from scientists. In his book The Strange Order of Things (2018), Antonio Damasio, one of the most influential neuroscientists today, defines the affects and emotions as ‘action programmes’, and by this he connects emotions to homeostasis, the process by which we keep ourselves alive. How better to grant the emotions scientific weight than to make them the key to human survival? Neuroscience also supports a growing recognition of the connections between the brain’s perceptual and motor systems; this has led scholars such as Francisco Varela, Evan Thompson, Andy Clark and Shaun Gallagher – ‘enactivists’ who argue that human thought is not brainbound but stems from connections between the mind and body and its environment – to conclude, to varying degrees, that human perceptions are for the purpose of action. Sometimes, however, I just want to look at something, not reduce it to a tool.

The neuroscientific view of emotions as actions impoverishes action. It not only divorces action from a philosophical tradition that linked action to mental states, it also ignores the possibility that emotions have intentionality, which means that they are judgments about things. Moreover, criminal law in the United Kingdom and the United States has long imposed a standard of criminal intent for culpability. This means that, within the law, mere behaviour is insufficient to prove criminal responsibility – the mind must be culpable too. The often-criticised Cartesian gap between mind and body might hold some value, especially when it creates or encourages space for deliberation and intention.

The turn to the emotions as actions, then, will benefit from Hume’s skepticism about action, along with his wariness about how much control we have over our emotions. When emotions are ‘actions’ that stand in for survival, who can gainsay them? The reduction of emotion to action leaves behind the fact that our emotions are often mixed, what Hume acknowledges as the ‘contrariety of the motives and passions’. When our emotions contain degrees of ambivalence or contradiction, as they often do, the right course of action is unclear. So maybe the emotions collectively enhance deliberation. Under survival, we tend not to question whether the agitations of the passions are good for us or whether they are the untrustworthy source of dis-ease, as Ancient Greeks such as Zeno and Epictetus recognised.

Hume also suggests a steep price for the current unreflective collapse of emotions with actions. For one, Hume argues:

Actions are by their very nature temporary and perishing; and where they proceed not from some cause in the characters and disposition of the person, who perform’d them, they infix not themselves on him, and can neither redound to his honour, if good, nor infamy, if evil.

Because he understands actions to be fleeting while passions are ‘settled principle[s] of action’, Hume regards passions and not actions as key components of our selves, capable of ‘infixing’ themselves upon us. The passions are thus necessary parts of peoples’ dispositions and characters. Once they have been transformed through habit into principles, we can have the empirical evidence of a stable self.

It is also important to remember that, as the philosopher Hannah Arendt warns in The Human Condition (1958), the consequences of actions are unpredictable. Once started, we are often powerless to stop actions, making actions things we do and suffer. Hume anticipates Arendt when he recognises that we suffer the passions, and therefore they complicate agency rather than stand for action. Compassion, after all, literally means suffering together. When we have no choice but to suffer them, the passions can become both keys to morality and the very stuff of our selves. To the extent that agency is our feeling of the power to act, the fact that we’re often passive in the face of the passions – for example, we can’t tell ourselves whom to fall in love with – means that our wrestling with the passions is what brings the self into being. Yet, crucially, Hume insists that we must actively distance ourselves from the violent passions if we don’t want to remain at their mercy: ‘what we call strength of mind, implies the prevalence of the calm passions above the violent’.

Finally, Hume’s skepticism about our powers of rationality prompts him to think about what kinds of control we have over the passions, and he offers multiple strategies for dealing with them. Under a conception of emotions as action programmes, there is little incentive to deliberate about them, especially when action is tantamount to survival. Hume defines the passions as objects to be looked at, both by the self and the impartial spectator, so that they can be evaluated and educated. By making the passions empirical objects that individuals and society examine in the form of behaviours, he demands that we compare our sense of them to the verdict of the social world. Only in this way can the passions be educated and built into character. To increase the educability of the passions, Hume warns that, when the passions are unreasonable, they ‘must be accompany’d with some false judgment’. By contrast, connecting emotions to actions and survival narrows the role and influence of judgment, and neglects the education of our emotions. And indeed, Hume worries that pride – which he defines as ‘an ill-grounded conceit’ of oneself – can make us value an action more than we should.

Habits consolidate what control we can have of our passions. Hume gives habit pride of place in his moral accounting, but the key here is to continually assess whether we have the right habits, not to passively accept existing habits. ‘Nothing can be more laudable,’ he writes, ‘than to have a value for ourselves, where we really have qualities that are valuable.’ In other words, he asks for empirical evidence of value, not just for our feeling of it. Habits, after all, make it possible to contain violent passions such as anger. Hume insists that ‘when a passion has once become a settled principle of action, and is the predominant inclination of the soul, it commonly produces no longer any sensible agitation’. In this view, habit reduces passion’s agitations, making them manageable.

Hume’s idea that reason serves the passions has in important ways found scientific support. Our rationality serves our passions, and we have less control over the passions than is commonly presumed. By stipulating that reason is the slave of the passions, Hume warns us of the consequences of not having the right habits. When neuroscientists equate emotion and action, it narrows emotion to survival and underestimates the ways in which the emotions can foster deliberation. While neuroscientists set the timescale of the emotions to no more than a few minutes, Hume insists that it will take nothing less than a lifetime to get our emotions right.