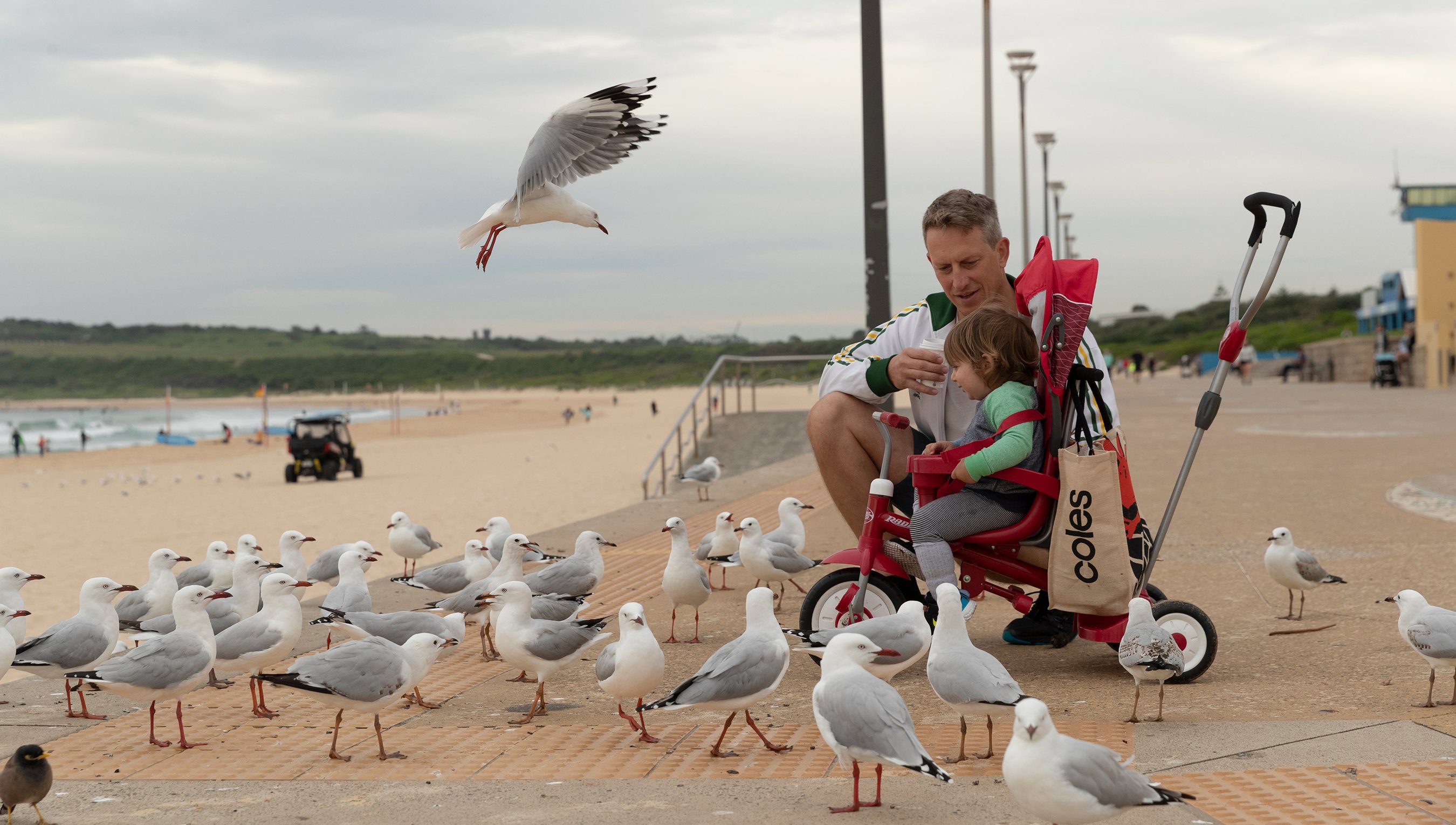 For Donald Winnicott, the psyche is not inside us but between us

is a psychotherapist, lecturer and writer with a background in psychoanalysis and philosophy. He has a psychotherapy practice in Exeter, UK, and sees clients remotely.

Originally a British paediatrician by trade, Donald Winnicott (1896-1971) became a central figure in mid-20th-century psychoanalysis. Outside of the cognitive and behavioural schools, his enduring influence on psychotherapeutic theory is arguably second only to that of Sigmund Freud. Though he didn’t explicitly dissent from the then prevailing Freudian orthodoxy, the theory we can abstract from his sometimes ambiguous work is radically at odds with the Freudian model and indeed the models employed by modern psychiatry and cognitive behavioural therapy (CBT). This is key to the significance of his ideas, which extend far beyond psychotherapeutic theory and practice. In fact, my experience over recent years, working on the frontline of what many consider a mental health crisis, has convinced me that Winnicott’s perspective on the mind and its ailments is more important now than ever.

Winnicott’s legacy is often defined in relation to the central position he enjoyed in what became known as the ‘Middle School’ of British psychoanalysis. This title is apt for Winnicott, not just because he sat between the warring neo-Freudian sides in the United States and the United Kingdom – between the ‘Ego-psychology’ and the ‘Kleinian’ schools respectively – but because he saw the area in between self and other as the proper domain of mental life and the place where it develops. He largely circumvented the subject-object dualism inherent in the Freudian model of mind (which both the Ego-psychologists and the Kleinians subscribed to) and espoused, or at least regularly insinuated, a fundamentally unitary conception of self and other.

To understand the gravity of Winnicott’s shift from the orthodox view, it is essential to understand the basic philosophy behind the Freudian dualistic model. Freud saw himself as an empirical scientist first and foremost, and psychoanalysis as a scientific project. Following this, his model of the psyche was firmly rooted in the Cartesian-empiricist philosophy that continues to dominate the scientific worldview. The most basic commitment of this model is the idea that we are discrete individual entities opposed to an objective, neutral world that exists independently of us. Per this model, we come to know and experience the world outside of us through a combination of internally determined processes and the mental assimilation of data from the outside world.

Minds, as such, are a prerequisite for experience, and experiences are essentially a result of cognition. This perspective perseveres today, for example, in the notion that we become familiar with other people’s internal worlds through our private theories of their minds. It also perseveres in the conceptual basis of CBT, which understands our experience of the world and relationships as being determined, in large part, by how we individually perceive and make sense of those things.

Far from being separate, closed-off entities, we are radically open beings in immediate contact with each other

Freud fleshed out this basic model in terms of the prevailing physiology of his time. He conceptualised our basic nature as self-contained bundles of energy, born into a sort of introverted narcissism (the Id). The development of the mind (the Ego), according to Freud’s model, was a result of the clash between the outward expressions of this energy (the drives) and the world’s responses to them. Psychological development was therefore a self-creative act, shaped by the external world only in terms of necessary adaptation. Freud saw the role of the other as largely limited to external arbiter and enforcer of rules and regulations for behaviour. While oversimplified, the core image of mind here is as a sort of internal outgrowth, responsible for cognitively traversing the subject-object gap and, as it were, acting as intermediator between two distinct domains.

At the most basic level of our being, Winnicott believed that separate minds give way to experiential units – that subjects with minds emerge out of the domain of interpersonal relations: the ‘social matrix of psyche’, as I like to call it. Thus, far from being separate, closed-off entities that somehow manage to figure out each other externally, we are, according to Winnicott, radically open beings in immediate contact with each other.

Winnicott expressed this idea enigmatically when he said: ‘There is no such thing as a baby … if you set out to describe a baby, you will find you are describing a baby and someone.’ His perspective is most relevant for understanding a baby’s experience with her parents, but it’s at the core of all experience, even though we don’t usually recognise it as such. Experience of the world and others is the primary given, and minds – rather than traversing an existing separation – are in a certain sense responsible for creating it. Effectively, this is an inversion of Freud’s dualistic model.

As a result, Winnicott’s concept of psychopathology was very different from Freud’s. Freud understood psychopathology in terms of conflicts between the internal drives and the external demands of the world – that what goes wrong is something internal to the person only triggered by the outside world. This basic idea is still very much alive in reductive psychiatric thinking and CBT, which, following the common dualistic model, also locate the problem inside the mind/brain.

By contrast, Winnicott understood psychopathology primarily in terms of trauma or deficit in the relational domain, which in turn follows from his inherently interpersonal understanding of the psyche. Crucially, what goes wrong is not to be located in the individual per se, but in the experiential units that the person was and is involved in (including, by extension, the sociocultural milieu in which they find themselves).

Winnicott also had a strikingly different notion of the agent of psychological change. His psychotherapeutic model was developmental – one that sees the therapeutic relationship and the original parent-child relationship(s) as analogous. Thus, just as he saw the development of the child as being fundamentally tied to the immediate, visceral relationship with the mother in the experiential unit, psychotherapeutic change for Winnicott was all about the relationship between client and therapist. This was later conceptualised as a shift from a ‘one-person’ to a ‘two-person’ psychology.

Where Freud was focused on rational interventions from the outside, this gave way in Winnicott to a co-creative journey occurring in the area in between, which was much more about who one was and what one did, than what one thought or said. In his book Playing and Reality (1971), Winnicott called the location of this experience ‘transitional space’, alluding to its dynamic, insubstantial quality, but also to its nature as a place of becoming. It is, he said, a place we both create and that creates us – a paradox that we must accept and not try to resolve – where unformulated possibility replaces fixed identities, and experience is necessarily co-constructed.

This might sound mystical, but that’s more to do with the limitations of modern language than with what he was describing. In fact, you’re probably familiar with the quality of ‘transitionality’ in the mix-up of fantasy and reality in children’s play and their imagination-infused worlds. Indeed, Winnicottian psychoanalysis was all about ‘playing’ in this area, not in the sense of joking around, but in the sense of a mode of interaction in which the pretentions to fixed identities, roles and supposedly private experiences were suspended. For the Winnicottian therapist, spontaneity and authentic action displaced disengaged interpretation, and an experience of ‘going-on-being’ replaced rational adjustment to the objective world as the aim of the therapy.

Winnicott’s divergence from subject-object dualism is perhaps most clearly illustrated by his firm belief that we never extricate ourselves from this transitional realm and its subject-object mix-up – nor would we want to. For Freud, and for reductive psychiatry and CBT alike, there is a fundamental assumption that objective states of affairs in an independent world are the basic truth of experience. Indeed, the models rise and fall with the veracity of this picture.

However, Winnicott had a very different vision. He wrote of culture – its artifacts and its activities – as extensions of the transitional phenomena of childhood, themselves rooted in the original mix-up with the parent. He thought that the very worlds we inhabit and take for granted are always partly of our own making. For Winnicott, it is only because the worlds we experience are coextensive with ourselves that they feel alive, alluring and psychically experienceable in the first instance, rather than like cold, mathematical structures, as scientific materialism would have us believe. In this way, Winnicott’s psychological paradox of subject and object becomes a philosophical paradox of idealism and materialism.

These fundamental views now lie at the heart of what’s known in modern parlance as relational and intersubjective depth psychotherapy. However, Winnicott’s inversion of the Cartesian-empiricist model has broader implications for how we understand and approach mental health in general.

The dualism of scientific materialism and its one-person psychologies are arguably complicit in much of the psychological and social damage we are now recognising. For instance, a good deal of the historical denial of the role of psychological and social trauma has been traced back to the Freudian model’s almost exclusive focus on the internal world; the actual impact of others and society has been, as a result, relatively ignored.

Modern psychiatry, which accepts the same philosophical model but changes the level of explanation, is just as culpable. Likewise CBT, with its focus on dysfunctional thought patterns and rational remedies administered from the outside, also follows the same misguided philosophy.

As therapists, and as a compassionate society as a whole, we would do well to go back to Winnicott: to his vision of the psyche as intimately interpersonal and social in nature; to his centralisation of interpersonal trauma and deficit at the root of our suffering; and to his profound insights into the area in between, which come into focus when we do so. Doing this will help us settle on a model that better accounts for, and helps to address, the all-too-obvious interpersonal and sociocultural determinants of our distress.