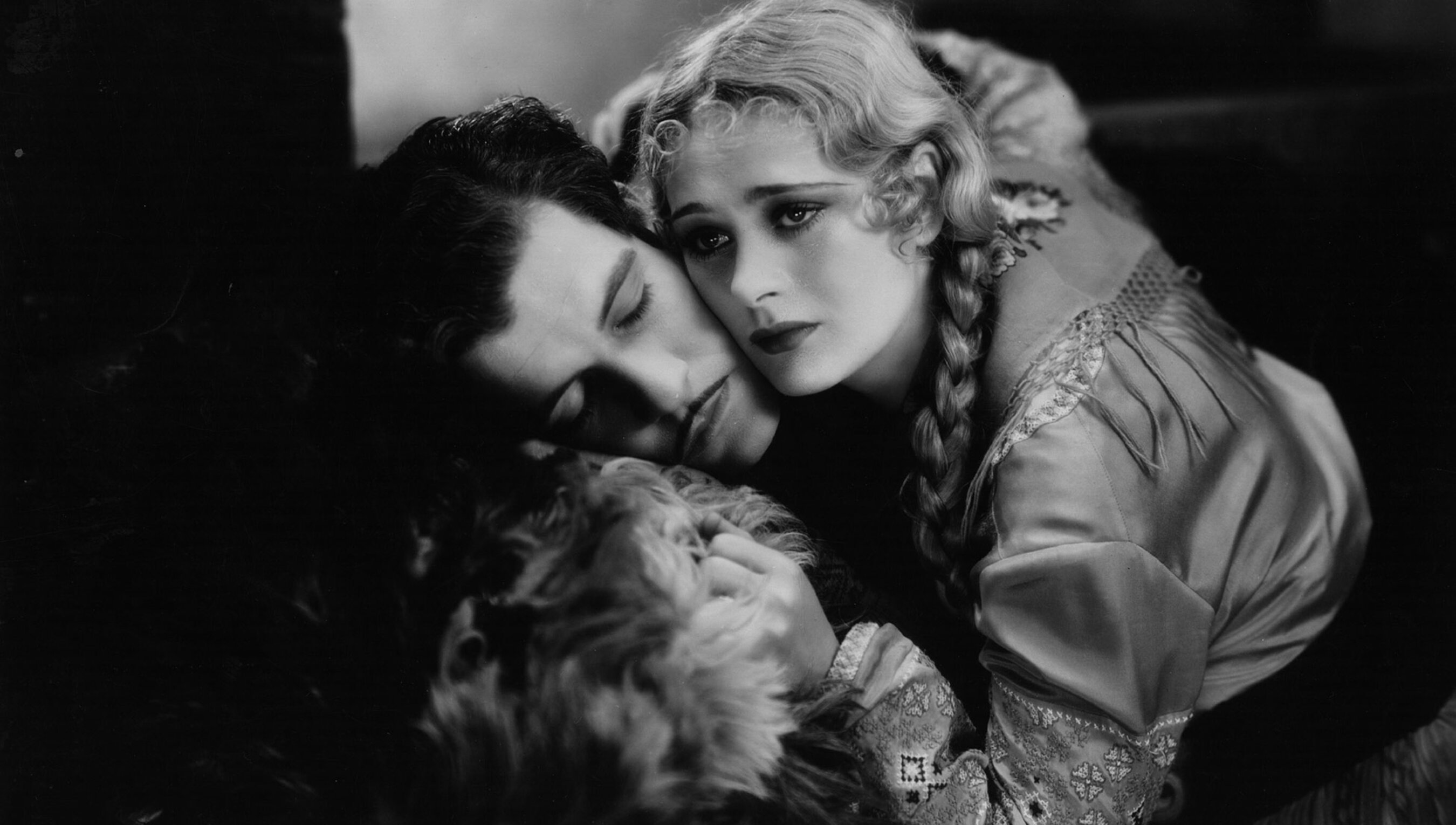 Grant Withers and Dolores Costello in the film Hearts in Exile (1929). Photo by Mack Elliott/Margaret Chute/Getty

Heartbreak is more than a metaphor. Are you at risk?

Grant Withers and Dolores Costello in the film Hearts in Exile (1929). Photo by Mack Elliott/Margaret Chute/Getty

is emeritus professor of cardiac pharmacology at Imperial College London. She is the author of The Exquisite Machine The New Science of the Heart (2022).

Heartbreak is nothing new. For millennia, humankind has written stories, crafted poems and sung songs about the link between our heart and our emotions. Even 5,000 years ago, hearts were aching. In one Ancient Sumerian proverb, carved into stone, an unknown author pleads with a goddess to ease their suffering:

May Inana pour oil on my heart that aches.

Over time, as science began to uncover the body’s secrets, the source of our emotional pain shifted. The brain became the seat of human emotion, and ‘heartbreak’ seemed destined to become nothing more than a metaphor. But even as science located emotions deeper within the brain, stories still circulated of hearts seeming to ‘break’: of long-married couples dying within days of each other; of parents dying after the loss of a child; or of physical heart-centred pain during periods of grief. Statistics are now bearing this out. You are almost twice as likely to die in the first three months after the death of a spouse.

But how much medical truth is there to ‘heartbreak’? This was a not a question that was taken particularly seriously – not until an unusual syndrome began appearing in Japanese hospitals in the 1990s. In X-rays, doctors saw the hearts of traumatised patients changing shape. They resembled takotsubo, the small clay pots used in Japan to catch octopus. The story of Takotsubo syndrome, and how it got its name, is the story of how heartbreak became more than a metaphor.

The reports began in the 1990s, in the wake of deadly earthquakes. Following each disaster, Japanese hospitals filled not only with patients who were physically injured, but also people with suspected heart attacks. The cause remained unknown until those suffering from heart attacks showed up at Hiroshima City Hospital, where doctors were using state-of-the-art imaging techniques to visualise the coronary arteries, the blood vessels that supply blood to the heart muscles. To determine the cause of a heart attack, cardiologists can inject an opaque contrast solution into the blood vessels and use an X-ray camera to see whether a clot or ruptured plaque has led to a blockage. Doctors in Hiroshima used a new procedure. They injected contrast solution directly into the heart and recorded moving images to reveal its shape as it contracted.

In some patients, they saw two things that amazed and puzzled them. First, there was no blockage, despite the patients having all the signs of a typical heart attack. Second, the heart was contracting into a shape that the doctors in Hiroshima had never seen before. The top of the heart near the atria (called the base) was contracting extremely vigorously, so much so that it was even blocking the flow of blood. But the bottom of the heart (or apex) was almost immobile. In X-rays, this produced a shape like a balloon or a narrow-necked pot. It reminded the Japanese doctors of the pots used for trapping octopus, called takotsubo. And so, the disease became known as ‘Takotsubo syndrome’, and later ‘stress cardiomyopathy’.

Once news of the disease spread, similar reports came in from all over the world. But the triggers were no longer just earthquakes and other natural disasters. They now included grief, trauma, arguments, even watching sport events. Bereavement seemed to be an especially strong trigger – the machinery of our hearts is exquisitely sensitive to emotional stress. It is this link with extreme grief that gave the phenomenon a third name: ‘broken-heart syndrome’. Sometimes a ‘broken heart’ is even associated with an ‘anniversary reaction’ where Takotsubo syndrome occurs around the anniversary of a loved one’s death.

Other features made this syndrome stand out to the doctors in Hiroshima. The first was that most patients were women, which was unusual as heart disease is more common in men – at least for younger or middle-aged people. Men younger than 64 years are twice as likely as women to have heart disease. That gap narrows in later life, after menopause, and many of the women with Takotsubo syndrome were postmenopausal. When we add up the figures of many studies, an astonishing 80-90 per cent of patients in the Takotsubo group are women. This had never been seen for a type of heart disease before.

An even more striking feature is that many of these patients recovered completely, with no sign of cardiac damage. There were some deaths ­– about 5 per cent of all patients –­ but most patients left the hospital disease-free in a matter of days, despite being admitted with severe chest pain and acute heart failure. Many never had a problem again. To scientists and doctors, this was highly intriguing. People with severe heart failure would usually have a very poor outlook. If the cardiologists had not seen the strange shape of the heart and its bizarre contraction on the X-ray, they would have thought that the patients had imagined or misinterpreted their symptoms.

Extreme stress can cause an extreme spike in adrenaline, putting the heart into overdrive

It’s sobering to think that women suffering from Takotsubo syndrome might have been dismissed as malingerers faking an illness before such imaging was possible. You can see how a middle-aged woman, distraught after an upsetting event, coming into hospital with severe chest pain, but then recovering quickly, might have been seen as having a ‘hysterical’ illness. This raises questions about other potential Takotsubo sufferers who have been dismissed as imagining their symptoms. Many people who have panic attacks feel as though they are having a heart attack but later feel fine. Maybe they were affected by the syndrome too?

However, Takotsubo syndrome is not the only ‘broken heart’ disease. The other one is commonly known as ‘sudden cardiac death’. Here the heart goes into a chaotic rhythm (or arrhythmia), known as ventricular fibrillation. The heart is said to look like a ‘bag of worms’ as its different parts wriggle and writhe instead of contracting together. Blood is not ejected from the heart, and the victim loses consciousness within a few minutes. Without the intervention of manual or electrical defibrillation, death is rapid. Sudden cardiac death has exactly the same set of triggers as Takotsubo syndrome, including bereavement, arguments, other extreme physical or emotional stress. But there is one big difference: this is a primarily male disease, at least for those younger than 50 years old.

What both diseases have in common is adrenaline. During moments of stress, the body naturally enters a fight-or-flight state in which adrenaline stimulates the heart and diverts blood to the muscles. However, extreme stress can cause an extreme spike in adrenaline, putting the heart into overdrive and disrupting its rhythm.

In 2014, a remarkable incident highlighted the different responses of men and women to extreme stress. A family of ardent Chilean football supporters ­– a husband, wife, and their three children – were watching the dramatic battle between Chile and Brazil for a place in the next round of the FIFA 2014 World Championships. The match resulted in a tense penalty shootout, but the last and deciding kick hit the goalpost, ending Chile’s hopes. The family immediately erupted into a ferocious quarrel that raged until the 58-year-old father clutched his chest in severe pain. He had a cardiac arrest and was rushed to an emergency room, where he was found to be in ventricular fibrillation and was given two rounds of defibrillation. Sadly, he did not survive.

When England lost to Argentina on 30 June 1998, myocardial infarction increased in England by 25 per cent

Shortly after he had the cardiac arrest, his 64-year-old wife began to feel chest pains. Soon, she was being treated in the very angiography laboratory where he had been only an hour earlier. When monitored by doctors, her heart showed the same electrical signals as her husband but did not go into ventricular fibrillation. Doctors could find no sign of a blockage. Instead, her heart was contracting strongly in one area but was almost immobile in another: this was clearly a case of Takotsubo syndrome. After being given some supportive treatment in the hospital, her heart gradually returned to normal, and she was discharged after making a full recovery.

The stressors here are important. Clearly, the football match was the first trigger, and the main one for the husband, with possible additional triggering from the argument. Watching football, and sports in general, has often been associated with cardiac events. One study reported that mortality due to heart attack and stroke increased when a local team played at home. The penalty shootout in football matches seems to be a particularly significant stress. When England lost to Argentina in a penalty shootout on 30 June 1998, myocardial infarction increased in England by 25 per cent – an increase that lasted for two days. However, in the case of the Chilean wife whose husband died in 2014, the stress of seeing her husband with a cardiac arrest was most likely another strong trigger, especially coming so soon after the penalty shootout and the ensuing argument. For her husband, the extreme stress of both the match and the argument had caused fatal arrhythmia. But, though the wife experienced similar emotions, they did not result in arrhythmia. Scientists now think that, paradoxically, any arrhythmias she might have experienced were likely avoided thanks to the Takotsubo syndrome itself.

Scientific experiments in my laboratory have shown that the changes to the heart in Takotsubo is a result of high levels of adrenaline, which would normally stimulate the heart (and potentially disturb its rhythm) but instead dampen its function. When I tried to prevent this switch from exciting to dampening in the laboratory models, the heart’s rhythm was immediately – and fatally – triggered. By dampening, or ‘shutting down’ the heart, Takotsubo syndrome is protecting it from something worse: sudden cardiac death.

So, why are males more susceptible to adrenaline-induced arrhythmia? Maybe a better question is why females are better protected from adrenaline? My hunch is that, without this protection, the extreme physical and emotional stress of labour and birth could overwhelm mothers with adrenaline. Perhaps this is why young females are protected from both sudden cardiac death and Takotsubo syndrome. Postmenopausal women seem to lose some of this protection but are still rescued from the worst consequences of an adrenaline surge. There are some deaths, but many are saved from fatal arrhythmia.

Heartbreak may be nothing new, but now it has a medical history. Experiencing the emotional pain of natural disasters, grief, trauma, arguments and even watching sports can potentially have very real physical consequences for our health and survival. We truly can be ‘heartbroken’. But the story of Takotsubo syndrome is not only the story of how heartbreak became more than a metaphor. It’s also a retelling of an old, familiar story in which the heart is fundamentally connected to our emotions, a story of how emotions hold sway over life and death. It’s one we’ve been telling since stories began.