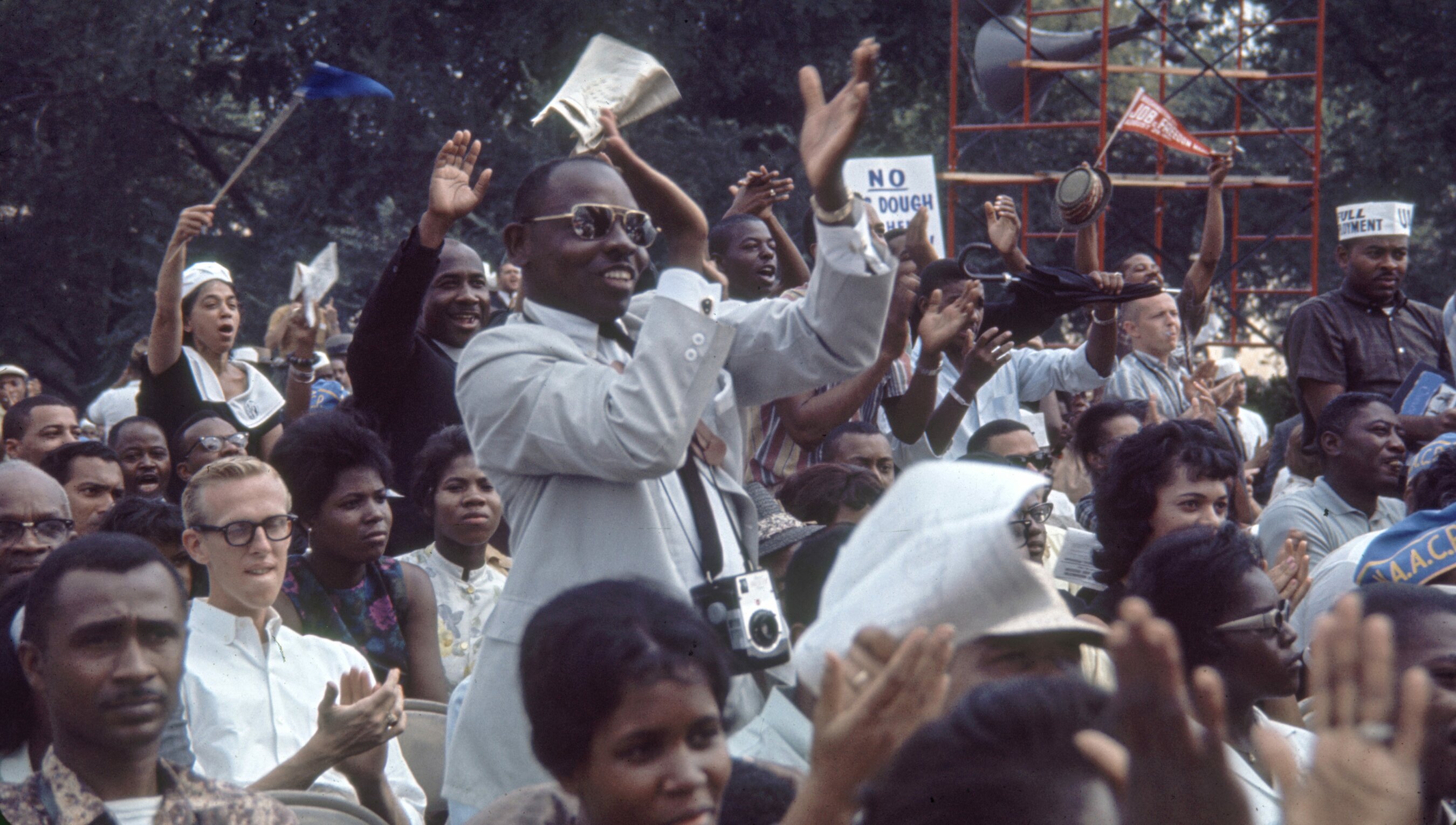 Even when optimism has been lost, hope has a role to play

is assistant professor of philosophy at the University of Victoria. She lives in Victoria, British Columbia.

is an assistant professor of philosophy at Ryerson University in Toronto.

In her essay ‘Home Is Always Worth It’ (2019), the American climate activist Mary Annaïse Heglar cautions against ‘rosy hopefulness’ as an unrealistic, emotionally immature attitude to cultivate in the face of climate change. She warns that the climate-change community’s insistence on hope can also be exhausting and ineffective, serving the most privileged among us who benefit from hopeful feelings at the expense of those whose everyday lives are already significantly harmed by climate injustice. Similarly, in her speech to world leaders at the World Economic Forum in 2019, the Swedish climate activist Greta Thunberg remarked:

These activists’ cautions against hope are a striking contrast to widespread calls for hope from other leaders, scientists and activists, and with the growing empirical literature on the benefits of hope in difficult times. Studies have found that hope is helpful for problem-solving, preventing and coping with physical illnesses and disabilities, enhanced feelings of self-worth, and the ability to cope with trauma and other psychological stressors. And we don’t need scientists to tell us the benefits of hope. We often urge one another not to give up hope because we feel hope’s benefits when we have it.

So, we might wonder: isn’t hope precisely what we need to keep us going, to prevent the inertia of despair? Hope seems to be all we have left when our actions cannot make certain that the outcomes we desire will come about. In this way, hope reminds us that we are ‘hopelessly “impure”’, as the philosopher Margaret Urban Walker interprets Bernard Williams’s sense of the term from his essay ‘Moral Luck’ (1981). He wrote: ‘One’s history as an agent is a web in which anything that is the product of the will is surrounded and held up and partly formed by things that are not …’ In hope, we both acknowledge our inherent vulnerability and lean into that vulnerability, opening ourselves up to the possibility of crushing disappointment or defeat.

And while some of us might be cautious about hope to protect ourselves from disappointment, Heglar and Thunberg urge us to consider two other serious disadvantages of hope: wishful thinking and complacency. If people are hopeful that scientists, engineers and governments will solve the crisis of climate change, we might wonder whether they have really confronted the evidence of the need for radical, immediate individual and collective action. Hope nourishes itself. In other words, the pleasures of hope comfort us in the midst of profound uncertainty, and this feature of hope can lead us to irrationally believe that the outcomes we hope for are more likely than they really are. So, we might become complacent, feeling that things will be okay, whereas panic – or unpleasant fear – might be a more effective source of motivation. Hope can even end up serving politicians and corporations with an interest in our collective wishful thinking and complacency, those who are invested in our hopes in the service of their own economic interests. And as the likelihood that we will avoid many of the worst-case scenarios continues to diminish, rational hope can seem far more out of reach.

Can we hope without these risks, without engaging in wishful thinking and becoming complacent when what we need is clarity of vision and effective action? Recent philosophical insights about the nature and value of hope can help us find a way to hope well in situations of profound uncertainty, and in the face of evidence that suggests our hopes are unlikely to be realised.

There is growing consensus in philosophy that hope involves at least the desire for something and the belief that what we desire is possible. It also involves some kind of favourable outlook. Metaphorically speaking, hope invites the person to view in a favourable light the possibility of fulfilling their desire. Philosophers don’t agree on what, exactly, this ‘favourable light’ aspect of hope amounts to, but we think of it as a kind of experience. When we hope to avoid the direst consequences of climate change, we not only desire this outcome and believe it’s possible, but also experience it as worth striving for. Hope can reveal what’s important in a similar way as everyday perceptual experience reveals the physical world around us. The moments in which we find ourselves hoping are, we think, occasions to reflect on our values. Just as our perceptual experiences can, hope can either guide us toward truth or mislead us.

We can’t rationally hope for a better world tomorrow. We can, instead, cultivate patient hope

Almost all contemporary theories of hope admit that it can be rational to ‘hope against hope’, or to maintain hope even when the chances of success are vanishingly small. Philosophers are quick to point out that hope is not optimism. While optimism is a confident attitude that something desirable will come about, hope requires only possibility. And we can believe, rationally, that the chances of success are low yet continue to see something as worth pursuing. Sometimes what we want in life is so important that the barest of possibilities is enough for us to go on. The person who rationally hopes against hope is pessimistic, expecting that the worst-case outcome is likely to obtain but persisting, nonetheless.

Hope isn’t always entirely pleasant, nor does it necessarily provide the sense of comfort that things will be okay. As the 17th-century philosopher Baruch Spinoza recognised, because fear and hope both respond to an uncertain future, ‘there is no hope without fear, and no fear without hope’. Hope can even be constituted by fear, where what the person is hoping for is a way out of a dangerous situation. So, Thunberg might be right that we should fear for – perhaps even panic about – the future of humanity and our planet, but these attitudes are consistent with experiencing the possibility of overcoming the threats we face as something worth striving for.

In the face of the significant and increasingly global challenges, it’s clear that we can’t rationally hope for a better world tomorrow. We can, instead, cultivate patient hope. Although there’s also a need for immediate individual and collective action, patient hope is oriented to a very distant, valuable future that remains possible even in the darkest of times. Such hopes don’t dominate one’s day-to-day thoughts, distracting one from the specific work that needs to be done. Instead, they function in the background of one’s psyche to foster and direct the concrete hopes that are steps toward realising an ethical ideal. For example, a patient hope of overcoming the ills of climate change might lead one to form the more probable hope that this particular bit of legislation might get passed.

Philosophy can help us to see that we don’t have to decide between the comfort of hope and taking positive action. Likewise, we don’t have to decide between naive, hopeful fantasies and a realistic outlook about the future. Hope does make us vulnerable to disappointment and failure. Yet attending to our fears and anxieties about the future, even embracing them as significant sources of knowledge and motivation, can prepare us emotionally for what is to come – including the worst-case outcomes we might need to expect. But hope is consistent with these other attitudes, orienting our attention to what is possible and valuable, and what is ultimately worth our efforts.

The American philosopher and activist W E B Du Bois once wrote of ‘a hope not hopeless but unhopeful’. And in his commentary on this passage, Joseph R Winters writes of ‘melancholic hope’ and hope coupled with ‘the anticipation of pain and suffering’. These scholars teach us that we can maintain hope without being hopeful – in the rosy sense of finding pleasure and comfort in the ideas that ‘things will be okay’ or that ‘good things will come’. Confronted with the most significant crises of our times, patient hope and hope tainted by fear are among the final forms of rational hope available that can prevent us from falling into despair.

Civic lifeEmotionsNature and the environment
8 June 2020