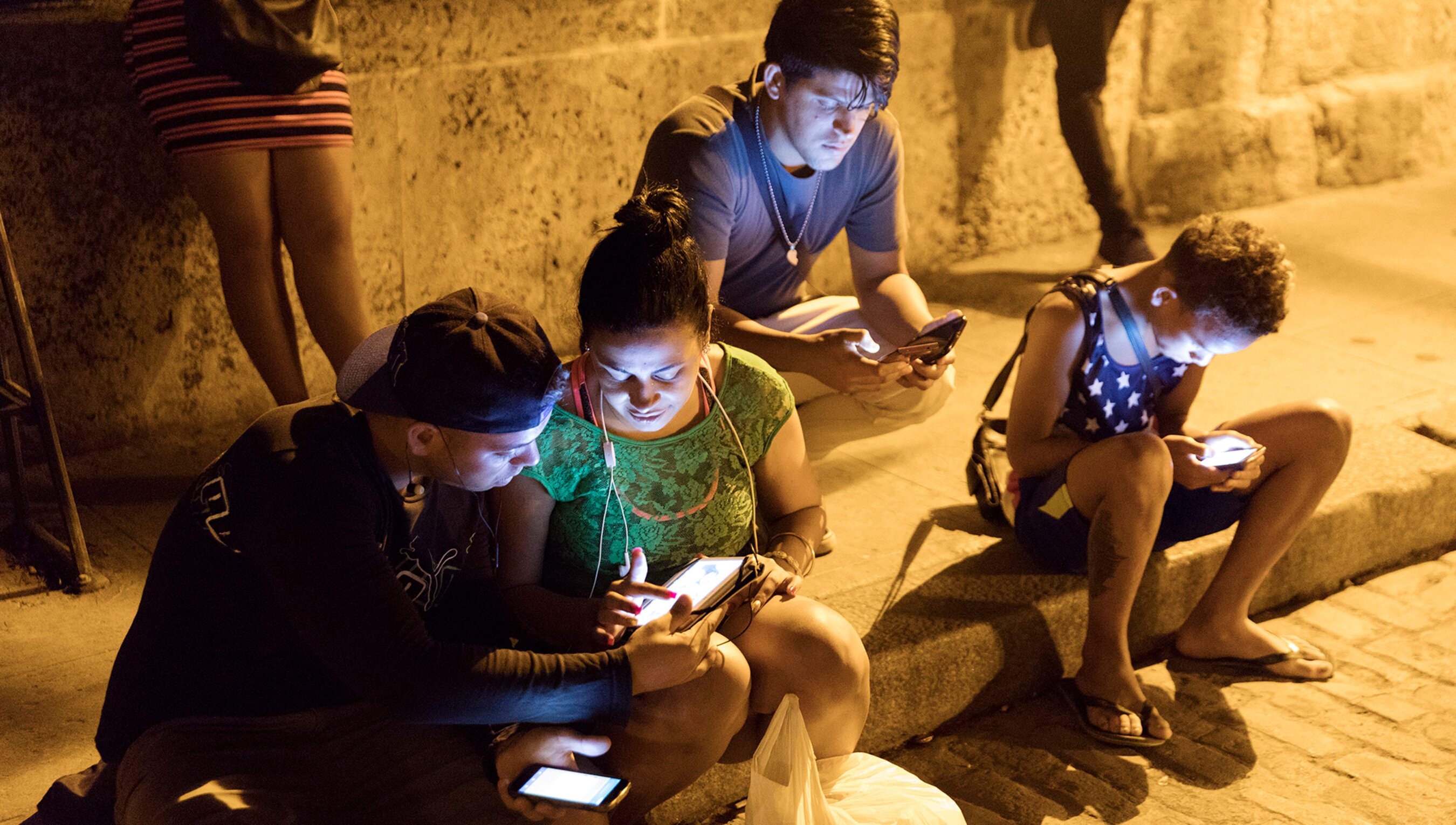 The antidote to fake news is to nourish our epistemic wellbeing

holds a PhD in philosophy from the University of Toronto. His philosophical work concerns the ways that we can best make sure that we learn from one another, and what goes wrong when we don’t.

We typically think about ‘wellbeing’ in terms of physical and mental health. To improve your physical wellbeing, it might be best to exercise; to increase your mental wellbeing, consider putting your phone down once in a while. There is another, less noted way in which we should think about our wellbeing: in terms of knowledge. Knowledge is good for us not only because we generally want to know the truth, but because knowledge dramatically affects our ability to navigate the world and accomplish our goals. Ignorance, on the other hand, is bad for us in that it prevents us from having an accurate representation of the world and stands in the way of our achieving those goals. Just as there are factors that affect our physical and mental wellbeing, there are factors that affect our epistemic wellbeing. It’s not exactly a new notion, but it can help us make better sense of what has been called our current ‘epistemic crisis’.

You’ve no doubt been exposed to this crisis in a number of ways: much has been written about our ‘post-truth’ era of media production and consumption, conspiracy theories are rampant, and a lot of nonsense is passed around on Facebook. Consuming media these days is exhausting and frustrating, having discussions with those you disagree with is more difficult than ever, and it can often seem hard to identify sources of information that can be trusted. While much has been said about why all of this is bad, here I want to focus on how it is specifically bad for us.

Epistemic wellbeing is your reasonably based sense that you’ll be able to know what you want and need to know about the world in order for your life to go well. This could involve knowledge in general – you want to feel like you can find answers to questions that you think are important to satiate your curiosity – as well as knowing more specific things – there will be some things you need to know in order to accomplish your life’s projects. If you have access to lots of good sources of information and can get your questions answered when you need them, then you have a high degree of epistemic wellbeing. If, on the other hand, you’re surrounded by liars, or just have no way of finding out what you need to know, you’re not doing nearly as well.

There are three components of epistemic wellbeing: access to truths; access to trustworthy sources of information; and opportunities to participate in productive dialogue. Let’s think about these each in turn.

When you’re presented with information or looking for answers to questions, you want to be confident that what you’re getting is the truth. Access to truth, the first component, is the basis of epistemic wellbeing. Access might be thwarted in many ways: you might be unable to go online, books might be banned, important information could be redacted. Or, in less extreme cases, you might be presented with different media outlets presenting conflicting information about an event. In this case, you might feel that you’re being prevented from accessing truths insofar as you’re unable to determine which information being presented is correct.

If you’ve ever been dismissed in conversation because of your race, gender, sex, then you’ve experienced epistemic injustice

The internet contains, for better or worse, a significant amount of humanity’s intellectual and creative outputs. It’s also a cesspool of outrageous falsehoods. Having access to so much information, then, is useful only if you’re able to separate the wheat from the chaff. For instance, the amount of information related to COVID-19 has been called an ‘infodemic’ by the World Health Organization: there is so much information that it’s impossible to keep up with all of it, and often difficult to determine what to believe. In order to make sure that we’re getting at the truth, then, we need to figure out which sources of information are good ones.

Here we have the second component of epistemic wellbeing, which is largely in service of the first: access to trustworthy sources of information. While we’re all interested in obtaining truths, we’re unable to acquire all of these truths on our own, and so we’re reliant on others. This is a good thing. Dividing the cognitive labour among many people means that we don’t have to be experts in everything in order to know much about the world. We can just rely on others to figure out things for us. Feeling as though we can find these trustworthy sources is crucial in being able to know what we need to know, and is thus an important component of our epistemic wellbeing.

Finally, while we rely on others for information, it’s not enough to passively receive information. We need to engage in discussion. Often the things we want to know about are complex and difficult, and figuring out these things requires more than just one-off answers to a question, and discussions with others can introduce us to new questions and interests. We also like to share what we know: if I know something that could be useful to others, then I want to be able to contribute. Here, then, is the third component of epistemic wellbeing: the feeling that you can participate in productive dialogue.

Lack of opportunity to participate in productive dialogue can be detrimental to your wellbeing. There are many ways in which you can be excluded explicitly or implicitly on the basis of facts about your identity, a phenomenon philosophers call epistemic injustice. If you’ve ever been denied the chance to have your input heard when you could have made an important contribution, or were assumed to be incapable when you weren’t, or otherwise dismissed in conversation because of your race, gender, sex, etc, then you’ve experienced epistemic injustice. These are all examples, then, of one way in which your epistemic wellbeing might be adversely affected. The notion I’m working with here, however, doesn’t necessarily depend on exclusions on these kinds of bases, and instead concerns any kind of sense of lacking opportunities to engage in productive dialogue (it remains the case, of course, that members of marginalised and minority groups will tend to experience these kinds of detriments most often).

Already, we can see how the current epistemic crisis might affect our epistemic wellbeing: the actual and perceived amount of false and misleading information that we’re exposed to by traditional and social media could make us feel as though we don’t have good access to truths. With so much competing information, and what looks to be people presenting information in bad faith, it might be difficult to identify trustworthy sources, and the experience of people being unwilling to engage in productive dialogue can make it seem that we’re significantly diminished in our ability to acquire and share information. No wonder things feel so difficult.

If we can’t get the epistemological crisis under control, the marketplace of ideas will cease to function, and so too will a well-functioning democracy

Thinking about our epistemic wellbeing can also help to explain why it is that the epistemic crisis isn’t getting any better. If people are, as I have suggested, driven by a pursuit of truth, trust and dialogue, then, when they feel they’re thwarted in these efforts, they’re going to pursue them by other means. One of the most lamentable aspects of our current epistemic situation is the rise of conspiratorial thinking: people are willing both to believe a whole host of outlandish theories, and to share them widely on social media. This might come about partly as a response to a decreased sense of epistemic wellbeing, with the result that we look to potentially surprising places to try to find truths, trustworthy sources and opportunities for dialogue. While it’s in an important sense irrational to believe in many conspiracy theories, the motivation behind doing so is not necessarily irrational.

Similar things can be said about another disturbing trend: the increasing distrust in experts. Consider the responses to the COVID-19 pandemic. Failures to believe in its severity, the effectiveness of preventative measures (such as social distancing and wearing masks) and scepticism towards the development of a vaccine have come about in part because of a feeling that those who are deemed experts can’t be trusted. This isn’t to say that people who don’t trust experts don’t care about finding trustworthy sources of information. Instead, trust is sought elsewhere – and often not in the best places, such as confident but ignorant Facebook friends. A decreased sense of epistemic wellbeing might be both a cause and a consequence of an epistemic crisis: if you feel unable to engage in dialogue, you’ll find alternative opportunities to do so, resulting in more extreme views, which in turn make it more difficult to engage in dialogue – a vicious cycle, harmful to epistemic wellbeing.

In a recent interview in The Atlantic magazine, Barack Obama warned of potentially dire consequences if we couldn’t get the epistemological crisis under control. The marketplace of ideas will cease to function, and so too will a well-functioning democracy. Part of the problem in addressing the epistemic crisis, I propose, will involve trying to balance various aspects of people’s epistemic wellbeing in the right way. It’s not clear what the best way of doing this is. Many social media outlets have taken measures to try to stem the tide of misinformation on their platforms, be it through fact-checking or banning users. These actions can help with the epistemic wellbeing of a platform’s users by trying to ensure that said users have access to truths. At the same time, they could be interpreted by some to be affecting their ability to engage in dialogue. As a result, users who are fact-checked or banned will look elsewhere to have their epistemic needs met. This isn’t to say that fact-checking is a bad idea, nor that it’s never appropriate to ban users from social media. It is to show that balancing people’s need for truths, trust and dialogue is not an easy task.

You have no doubt come across some advice about how to deal with the epistemic crisis already – we’re told to double-check the information we receive online, to look for indications that our sources are trustworthy, to block that certain uncle from our social media – and this can be similarly good advice when it comes to our epistemic wellbeing. It’s perhaps worthwhile to develop a habit of periodically auditing one’s epistemic habits. You might reflect on the ways in which you acquire information, and whether you’re listening to certain sources because they’re likely to lead you to the truth, or because they’re telling you what you want to hear. While there’s no panacea for all the problems the epistemic crisis has brought, conscientious self-reflection on the ways in which we seek knowledge is at least a good first step to increasing epistemic wellbeing.