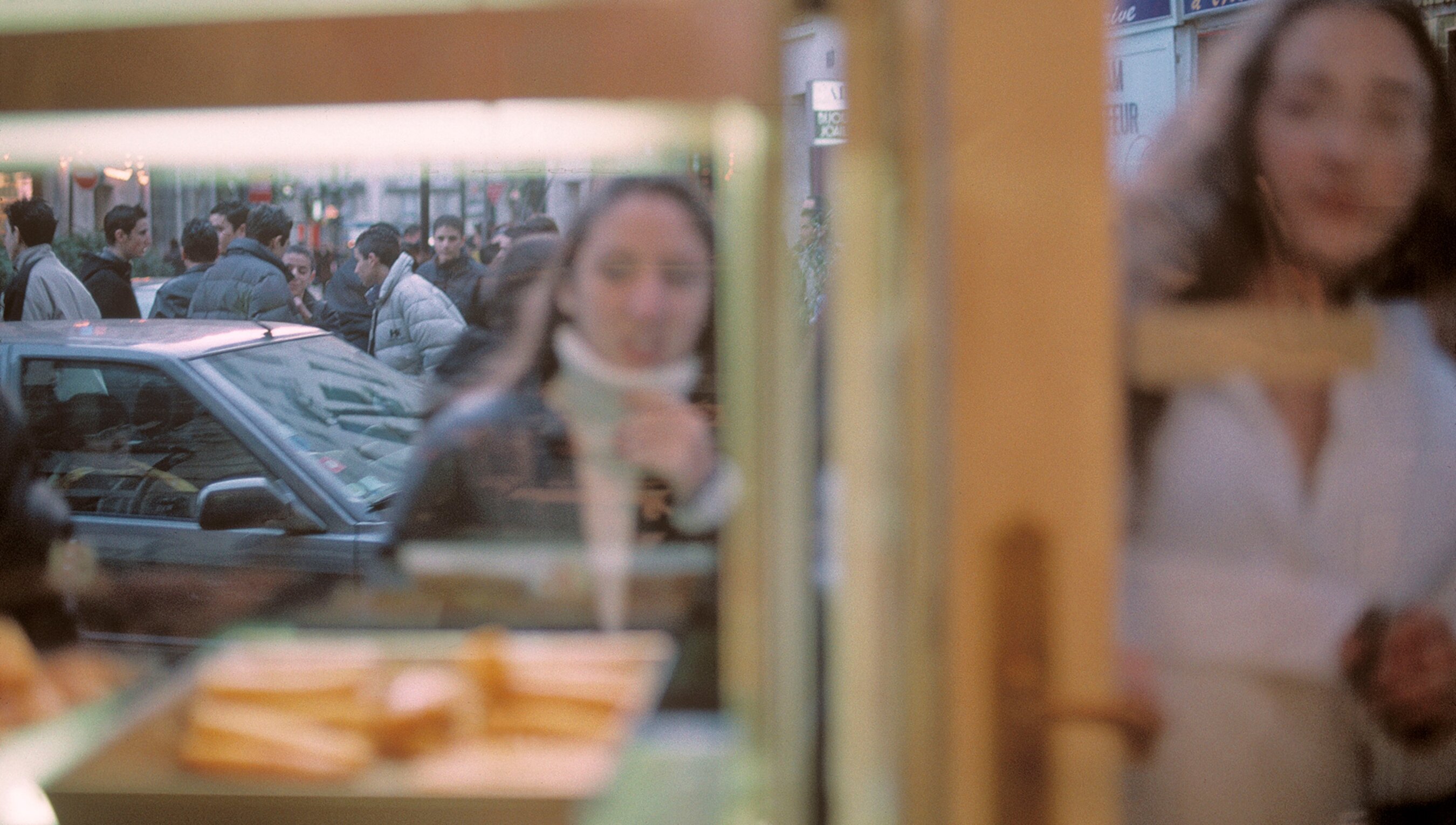 is a neuroscientist at the University of Cambridge, MRC Cognition and Brain Sciences Unit. She is currently writing a popular science book on the neuroscience of mental health and disorder. She lives in Cambridge.

How are you feeling right now? Your brain has many jobs, but its most important might be to answer this question. Perhaps you are hot, relaxed, hungry, in pain – or something else? Your ability to sense the physical state of your body in this way helps you survive. It helps you eat instead of starve. It tells you to call the hospital if you feel you might be having a heart attack. But how do you know how you feel?

Often, you can’t see, hear, touch, smell or taste information about the internal state of your body. Instead, you use a sense known as ‘interoception’ (in contrast to ‘exteroception’, which is how you sense the outside of the body via vision, taste, smell, touch and hearing). The notion of interoception was conceived more than 100 years ago when Charles Sherrington proposed the idea of there being specialised receptors inside the body that send information from our organ systems to the brain.

Of course, when I asked how you’re feeling right now, you might well have answered differently – you might have said you are feeling sad, stressed, excited, bored or some other emotional state. You don’t have an organ of boredom that communicates this internal sensation to the brain. However, interpreting your emotional feelings has a surprising amount in common with interpreting your bodily states. One example is judging whether you are feeling stressed rather than hungry. Both involve physical changes in the body: when you’re hungry, your stomach rumbles, you might feel weak; when you’re stressed, your heart and breathing rate increase, perhaps you even sweat or shiver. Perceiving and interpreting these physical changes in both cases involves interoception.

The overlap between bodily and emotional feelings goes much further. If you are feeling unwell, this often involves changes in both physical and mental health. For example, both the flu and the COVID-19 vaccines temporarily raise inflammation in the body, which can cause mild flu-like symptoms. Along with feeling achy and tired, the increased inflammatory state from a vaccine can also cause changes in mood. In a particularly extreme example, a medication called interferon alpha that’s used to treat hepatitis C and other conditions, and which increases inflammation, was found in one study to cause 40 per cent of hep-C patients to develop major depression.

The same is true in the other direction. Mental health conditions can profoundly change the sense of the physical condition of the body. In panic disorder, the majority of symptoms are physical: feeling faint, chest pain, heart palpitations and so on. Or consider eating disorders. For most people, hunger is aversive and satiety is pleasant, yet people with anorexia report how much better it feels to experience hunger rather than satiety. For them, satiety tends to arrive more rapidly, and normal fullness can cause discomfort, bloating, and even spontaneous vomiting. Bodily or ‘somatic’ symptoms are also commonly experienced in depression (eg, loss of appetite and sex drive); in anxiety (eg, gastrointestinal problems); and in post-traumatic stress disorder (eg, trembling and feeling nauseous).

None of us has a direct line of communication with our body. Anything we feel is a subjective sense, heavily influenced by other factors

When you close your eyes and assess how your body feels, you are using interoception. This is not a passive process – it’s not a simple case of unambiguous signals arising from receptors inside your body. Sometimes, different bodily sensations can feel very similar, making it hard to ascertain their origin. Do you feel hungry, or nauseous? Are you sweating from heat, or nerves? To read this uncertain signal, your brain uses clues from other factors: where you are, what you have recently done, what sensations your body has experienced before, and so on. That means that what you feel is a representation in the brain, only partly in response to actual input from the body. You can see why this would be useful when the input is so noisy, so hard to interpret. But the consequence is that even when you are very sure your body feels one thing (uncomfortably full, for example), you can never be certain, because none of us has a direct line of communication with our body. Anything we feel is a subjective sense, heavily influenced by other factors.

An important implication of this subjectivity is that the different bodily experiences associated with certain mental health disorders might not come directly from what’s happening in the stomach, heart or other internal organ, but rather from how the brain interprets and processes the signals arising from those organs. Indeed, interoception is experienced differently by people with various mental health diagnoses, which has led scientists to theorise recently that there might be a basic difference in how the brains of people with mental health conditions process bodily sensations.

To test this possibility, researchers have conducted many studies to measure the brain activity of people with mental health conditions during interoception. For example, they’ve invited volunteers with mental health conditions to lie in a brain scanner and count their heartbeats, or focus their attention on their stomach or bladder, or to hold their breath. These studies have discovered many brain regions that appear to function differently – being either over- or underactive during interoception – compared with healthy volunteers’ brains, including in the frontal, temporal and insular cortices, as well as in many deeper, subcortical regions, such as the thalamus and amygdala.

Because of the variety of brain differences uncovered in that previous work, a couple of years ago I started to wonder whether different mental health disorders had any common changes – that is, shared differences in the brain during interoception. To find out, I analysed previously collected neuroimaging data from more than 1,000 volunteers engaged in interoception, half of whom were patients with many different psychiatric diagnoses. I was looking for anywhere specific in the brain’s interoceptive system that was different across diagnoses, rather than for neural markers specific to one disorder or another. I took this approach knowing that the biological correlates of different types of mental health disorders often overlap. Moreover, mental health disorders are highly comorbid – people who experience one disorder or diagnosis are at increased vulnerability for other disorders. In other words, at a neurobiological level, there appear to be common factors driving poor mental health – and I reasoned that this might apply to interoception too. Still, I wasn’t that hopeful of finding a single, uniform brain difference across disorders. After all, different diagnoses could be driven by wholly different interoceptive changes. And even if I did find a common difference, I thought it was more likely that a whole bunch of regions would be implicated.

It could explain why, when you feel worse mentally, your physical pain might worsen; and why inflammation in your body can make you depressed

To my surprise, I found that, during interoception, patients with depression, bipolar disorder, anxiety, anorexia and schizophrenia all showed ‘abnormal’ activity in one specific brain region called the insula, compared with healthy control volunteers. I cannot say from this study if activity in the patients’ insula was overactive or underactive during interoception – it probably depends on the nature of the interoceptive task, and perhaps on the specific diagnosis. For example, when asked to focus on sensations from their stomach, people with anorexia showed decreased activity in this region, while people with substance use problems exhibited increased activity in this region during anticipation and experience of soft touch. Nonetheless, my results suggest that this one key region (other studies might discover more) shows an atypical amount of activation during interoception across patients with different kinds of mental health conditions, as compared with healthy controls.

The region I identified won’t surprise interoception scientists. The insula is well known as a key player in sensing the state of the body; it’s also involved in pain and emotion processing. But there is more to the story. Different insula subregions are involved in different functions, and the subregion where I found a difference in mental health patients was specifically the mid-insula. The mid-insula is distinctive anatomically because its cellular architecture is a hybrid: somewhere between the cells that make up the front of the insula (anterior insula) and the back of the insula (posterior insula). Moreover, this hybrid structure is relevant to this subregion’s connections, which allow it to communicate both with the more emotion-related anterior insula and the more body-sensing-related posterior insula. Perhaps then, the area of the insula affected in mental health disorders has a special role in a person’s subjective feelings, integrating input from the body with expectations and emotions related to the internal bodily state.

My study cannot tell us anything about why this region is commonly disrupted in psychiatric disorders, just that it is; nor what causal role it might or might not play in people’s symptoms. I hope to find out more in future experiments. If it does play a causal role, another important and potentially exciting goal is to find out whether mental health treatments could try to ‘normalise’ the function of the insula as a way to alleviate people’s difficulties. In fact, this might already be the basis for some established exercises and interventions. Both mindfulness treatments generally and slow breathing specifically are known to increase insula activation, and slowing the breath can reduce the experience of pain and negative emotions. This tells us there are therapeutic routes to target this brain region in mental health disorders. Similar ways of targeting the insula could be particularly useful for patients with more severely disrupted bodily experiences, such as people with panic disorder or chronic pain.

There is also the possibility of using interoception training as a form of mental health treatment. For example, a study by Sarah Garfinkel and Hugo Critchley in 2016 found heightened sensitivity to bodily sensations among autistic people, coupled with poorer-than-usual interoceptive accuracy (such as accurately counting one’s own heart-beat). Inspired by this, they recently ran a trial led by Lisa Quadt at the University of Sussex that involved training autistic volunteers with an anxiety disorder to detect their own heartbeat. Typical anxiety disorder treatments are often ineffective for this population, but Quadt’s team found that the heartbeat training improved interoception, and, for nearly a third of the participants, it significantly reduced their anxiety three months later, as compared with a control condition.

It’s increasingly apparent that interoception is essential for more than just survival. It’s the very filter through which we feel mentally and physically well, or unwell. My own research and that of others suggests that the brain basis of interoception can help explain the interconnectedness of physical and mental health – why, when you feel worse mentally, your physical pain might worsen; and why inflammation in your body can make you depressed. Furthermore, differences between people in their neural interoceptive processes could help to explain why we all experience our bodily states differently, which in some cases could drive worse mental health. These insights are shining a new light on existing treatments, and helping to inspire cutting-edge ways to improve interoception, raising the hope that we might be able to improve the treatment of mental health for some of the people who need it most.