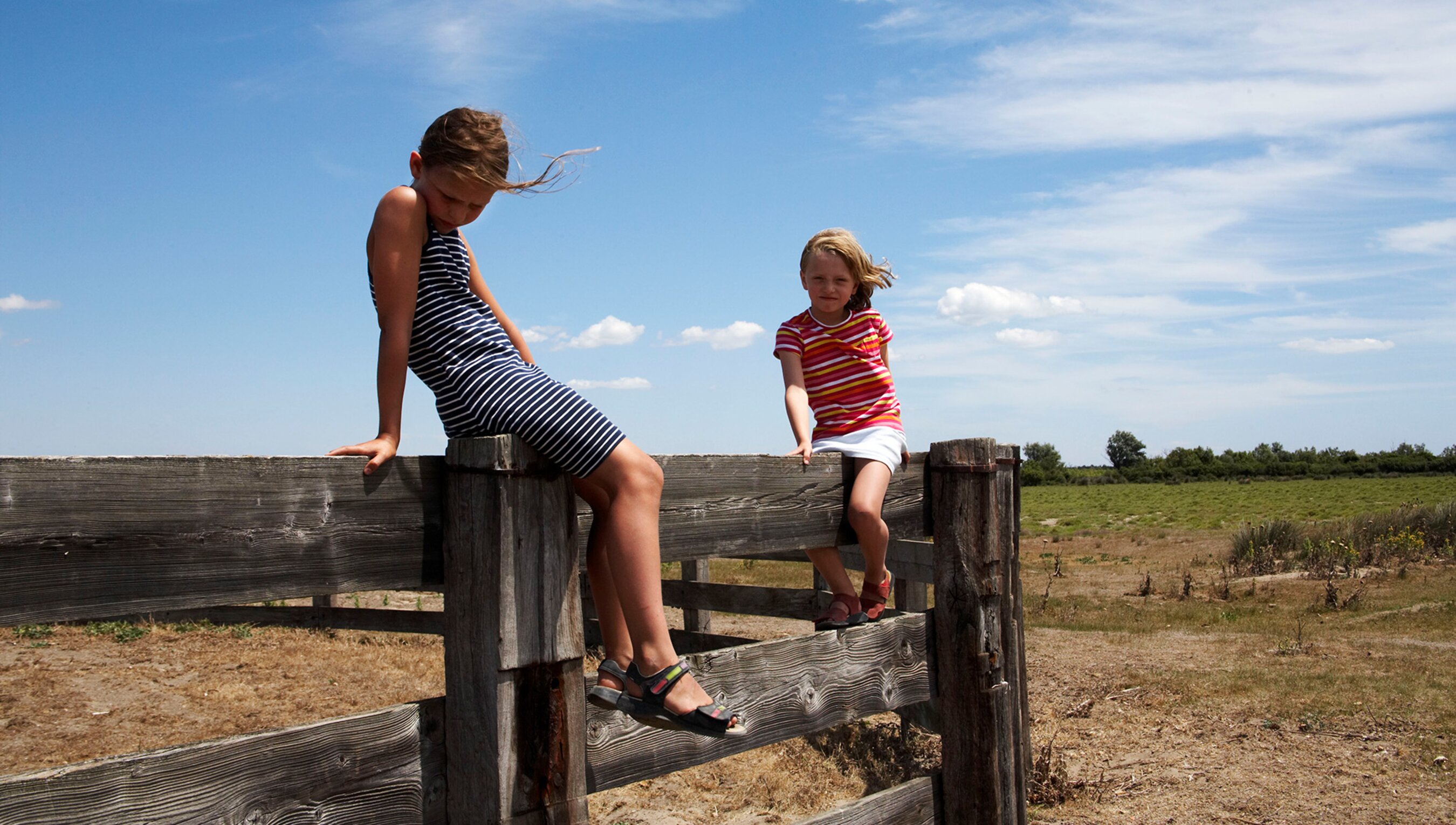 The fence is uncomfortable, but it affords the best view

is a professor of psychology at the University of Cologne in Germany. She studies difficulty and conflict in judgment and choice. She is especially interested in the benefits of doubt, uncertainty and ambivalence for decision-making. More about her work can be found at www.irisschneider.nl

To be human … means constantly to be in the grip of opposing emotions, to have daily to reconcile apparently conflicting tensions.
– Stephen Fry, Bafta Lecture, 2010

A few years ago, I’d just started a fantastic new job as an assistant professor at a large university. I would be researching what I loved; some of the best people in my field were down the hall. But I was in an unfamiliar country, I didn’t know anybody, and I didn’t yet speak the language. It wasn’t that I was unhappy and unexcited. It was just that, as well as being happy and excited, I was also scared and uncertain. I was experiencing ambivalence.

It’s appealing to think about the world in black and white. There are good guys and bad guys; things we like, and things we don’t. Sometimes we’re happy, and sometimes we’re sad. Although this simple view of our inner lives is tempting, day-to-day experience tells us that reality is more complicated and messy than that; it’s full of contradiction. As a consequence, our thoughts and feelings are often mixed and conflicted, and we feel ambivalent.

If you’re anything like me, you’ve probably experienced the nuance and complexity of ambivalence at some point in your life, especially around moments of change and transition, such as graduation, becoming a parent, or losing a loved one. But it’s not only around these milestones that it’s common to experience ambivalence. It’s quite normal to feel ambivalent about exercise and tasty but unhealthy food, or about topics we see in the news, such as immigration and climate change. We also typically experience ambivalence in our most important relationships, such as with our parents, our romantic partners, and our co-workers and frenemies.

Even though ambivalence is a common experience, as a concept it’s frequently misunderstood. It doesn’t mean that you don’t care about something or that you’re indifferent. Ambivalence refers to the presence of strong feelings, but in opposition. You love your parents but find them annoying. Your successful colleague inspires you, but you also envy her. Ambivalence is also different from ambiguity. Ambiguity is a state in which you’re unclear about the meaning – you don’t know what something is; for instance, reading the statement ‘I’m having an old friend for dinner’ could lead to feelings of ambiguity because it could have multiple, drastically different meanings. When experiencing ambivalence, you’re not uncertain about what’s going on: something is quite clearly both positive and negative, good and bad, pleasant and unpleasant, and you know it.

Most of us feel ambivalent about some things, at least some of the time. But apart from that moment-to-moment ambivalence, some people are also consistently more ambivalent than others, and more often. These people tend to see both the positive and negative sides to things, and feel conflicted about many topics. In psychological terms, they are high in ‘trait ambivalence’, defined as a tendency to experience more ambivalence about more issues.

Maybe you’re one of these ambivalent people (or perhaps you know someone who is). Do you often see the positive as well as the negative of an issue? Do you believe that there are pros and cons to almost anything? Do you often feel like you’re being torn between two sides of a debate? If your answer to these questions was consistently ‘yes’, then you might also be an ‘ambivalent’.

Apart from making you think more, ambivalence can also make you think better

If this is you, you’re in luck. Yes, it’s true that ambivalence is not a comfortable state to be in. Typically, our emotions provide a useful guide for what action to take. But when we’re ambivalent, our emotions are contradictory, there are multiple courses of action, and it’s not directly clear what we should do. This can make us feel anxious and uncertain. However, while being in a regular state of ambivalence isn’t easy, that doesn’t mean it’s bad. In fact, being ambivalent comes with many benefits.

First, being ambivalent makes you less impulsive. This is because ambivalence requires integrating opposing thoughts and ideas. By definition, this is a more complicated process than making decisions about topics about which you have strong feelings one way or the other. When you’re ambivalent about a decision, you need more time to process all the available information and to gather more if required. This careful and deliberate decision-making style makes it less likely you’ll jump to conclusions or do something rash that you might regret.

Apart from making you think more, ambivalence can also make you think better. It forces us to keep in mind multiple opposing thoughts, ideas and feelings. To deal with these contradictions, the mind stretches itself to think more broadly and be more flexible. This cognitive breadth and flexibility, in turn, helps you be more open-minded. That’s why, when people are in an ambivalent mindset, they search for more information and for information that’s more diverse. And because of the breadth of their thinking, ambivalent people can make more unexpected and broader connections between unrelated elements of a problem, leading to more creativity and innovation.

An ambivalent mindset also makes us fairer in our judgments about others. Often, when judging each other, we’ll attribute a person’s behaviour to their personality, yet fail to see that the circumstances played a significant role. However, people high in trait ambivalence don’t fall prey to this one-sided interpretation. Instead, they consider both the person’s personality as well as the circumstances, giving them a fairer shake.

Ambivalence also makes us fairer and more honest about ourselves. Often, when we learn we’ve performed poorly, we’ll blame the situation; yet, if we do well, we’ll credit our own efforts. This bias in thinking makes us feel good but prevents us from seeing the situation’s full reality, which can impair our ability to learn and self-correct. In contrast, ambivalent people will recognise that their success (or failure) resulted both from their efforts and their circumstances and, as such, they will have a more realistic assessment of the situation.

You might be wondering how you can take greater advantage of ambivalence in your own life. One way is to learn to become more ambivalent. You can do this by making a list of positives and negatives for issues you’re thinking about. This technique can make decision-making easier, but can also balance out your views on a particular issue. Use this writing exercise to create a habit of seeing the important things in life from both sides, the positive and the negative. Training yourself to have a more ambivalent mindset will allow you to benefit from more cognitive flexibility and less bias in your ideas and decisions.

A second fundamental step is not to be intimidated by your mixed feelings. For some people, the experience of ambivalence might be a little bit uncomfortable. You might also feel that you’re not assertive enough or that you are ‘wishy-washy’ (there’s an unfortunate misguided tendency these days to see expressions of ambivalence as indecisive, flip-flopping or weak). In fact, feeling ambivalent reflects that you have a balanced and nuanced view of things that’s more in tune with the complexity and multifaceted nature of reality. And if you ever – despite the above – do feel bad about feeling ambivalent, remember the words of the American novelist F Scott Fitzgerald: ‘The test of a first-rate intelligence is the ability to hold two opposed ideas in the mind at the same time, and still retain the ability to function.’

Decision-making and attentionPersonalityThinking and intelligence
10 March 2021