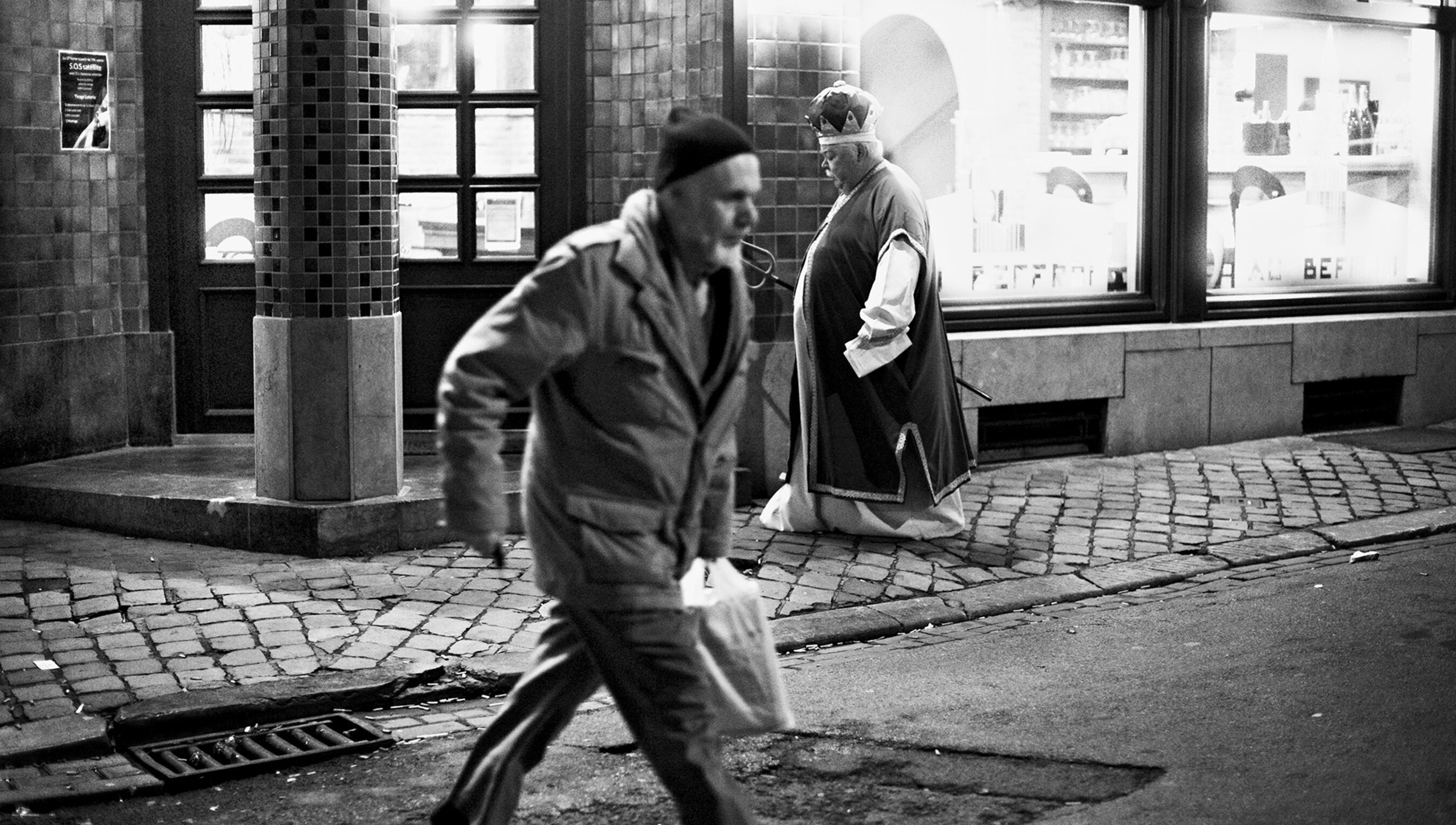 The ‘melancholic joy’ of living in our brutal, beautiful world

is the Charles S Casassa Chair in Social Values and professor of philosophy at Loyola Marymount University in Los Angeles, California. His latest book is Melancholic Joy: On Life Worth Living (2021).

It’s a challenging time to be an optimist. Climate change is widespread, rapid and intensifying. The threat of nuclear war is more complex and unpredictable than ever. Authoritarianism is resurgent. And these dangers were present even before we were beset by a historic pandemic.

Nevertheless, in a 2016 piece for Wired magazine, the then US president Barack Obama wrote (with characteristic optimism): ‘[T]he truth is, if you had to choose any time in the course of human history to be alive, you’d choose this one. Right here in America, right now.’ The following year, in his book C’était mieux avant! (‘It was better before!’), the French philosopher Michel Serres lauded the successes of science and reason while playfully mocking our tendency to view the past through the rose-tinted and selective lenses of nostalgia. Serres reminds us that ‘before’ there was more work, in more difficult conditions, with less support from technology. There was poor sanitation and less effective healthcare. There was more conflict, more violence. The ‘good ol’ days’ were, perhaps, not so good compared with the present. The Canadian psychologist Steven Pinker would defend a similar view just a year later in his book Enlightenment Now. The idea that the world is getting worse, he argued, is misguided, ‘not just a little wrong – wrong wrong, flat-Earth wrong’.

The data clearly show that Obama, Serres and Pinker are right about certain objective measures of wellbeing – yet many people feel dissatisfied. In some places, including the US, self-reported happiness has actually been on the decline. So how should we view the state of the world: with optimism or pessimism? In answering, we must contemplate the broad sweep of both the world’s goodness and its evils.

One can acknowledge that things have improved dramatically and still be more circumspect about our current situation and future prospects. The Israeli historian Yuval Noah Harari agrees with Pinker, but thinks he paints an incomplete picture: ‘Things for humans are better than ever,’ he said in conversation with Pinker in 2019. ‘Things are still quite bad. And things can get much, much worse.’ All those qualifiers are important: ‘for humans’ (consider the Sixth Mass Extinction), ‘quite bad’ (consider COVID-19), ‘much, much worse’ (consider climate change). And, to be fair, Pinker’s argument is that things have improved, not that things will necessarily continue to improve in the future.

Most people stumble through life coping with the darker side of reality through some mixture of ignorance, indifference and avoidance

More importantly, while historical advances should be celebrated, they can, if we’re not careful, distract us from dealing with difficult facts; and failing to come to terms with these difficult facts can prevent us from living well. When we look at the human condition, what things are more or less certain, whether we are rich or poor, young or old? Most obviously, death. In addition, there is the inevitability of suffering – both for us and, more disturbingly, for our loved ones. These things weigh on the consciousness of most people at some point. Many people experience the aching aloneness of life, our inability to ever fully communicate our experience to others or understand theirs. And despite various forms of progress, rampant injustices remain, even for those of us lucky enough to live in relatively stable societies.

Any more reflective souls also recognise our ultimate impotence in the grand scheme of things, even for the most successful people. The ephemeral nature of our projects and accomplishments, few of which endure for any meaningful length of time. Which leads us, in turn, to grapple with the uncertain meaning of it all, and the possibility that none of it means anything.

Of course, all else being equal, more life is a good thing. So is less poverty and less violence. But no matter how many extra years of life medical technology buys us, if a person is living a life she feels to be meaningless – or meaningful in a shallow way – extra years of life do not translate into extra years of satisfaction, much less fulfilment or joy. We know this is true on some abstract level, but we have a hard time facing up to it or understanding it. Instead, most people stumble through life coping with the darker side of reality through some mixture of ignorance, indifference and avoidance.

Perhaps the most compelling example of a person who fails to give the difficult facts of reality their due until it is too late is the protagonist of Leo Tolstoy’s novella The Death of Ivan Ilyich (1886). Ivan achieves everything we are taught to desire and pursue: education, social regard, financial stability, professional success. Ivan’s life ‘was most simple and uneventful’, Tolstoy writes, ‘and yet most terrible’. Struck down by a mysterious illness in the prime of life, Ivan comes to recognise that his life, obsessed as it was with keeping up appearances and trivial distractions such as whist, never gave him time to think seriously about the fact of his mortality, and his inability to control it.

So, one very obvious reason we ought to think more about the harsh reality of life is that we can’t avoid it. Facts have a funny way of imposing themselves on us. No amount of progress or wealth will allow us to ignore them forever. Eventually, our unwillingness to see reality for what it is leads to additional forms of suffering as a result of misaligned priorities: ‘midlife crises’ rooted in a lifetime of pursuing the wrong goals, or deathbed panic attacks like Ivan’s. Better to view reality with open eyes from the get-go, and order our priorities based on a clear assessment of things.

Yes, the world is full of suffering, marked by death, rent by entropy; but it is also filled with beauty, wonder and opportunities for love and compassion

Ignorance and avoidance also skew our evaluation of the wider world. When, distracted by our good fortune (health, wealth, security), we ignore harsh realities that we cannot ultimately avoid in our own life, we also tend to disregard the harsh realities that beset the lives of others, some of which can be avoided. We will never eliminate loss, decay, suffering and death from the world. However, if we simply accept the world as it is – whether because theodicy tells us it is perfect, or because the German philosopher Friedrich Nietzsche tells us we must say ‘yes’ to every ‘unspeakably small’ detail, or for some other reason – we are likely to act callously or indifferently towards particular instances of evil. For example, not the fact of loss itself, which is unavoidable, but the loss of this species or ecosystem to anthropogenic climate change. Not the fact of death, which is unavoidable, but the death of this refugee from avoidable hunger or disease. Purchasing happiness at the price of wilful ignorance or indifference ought to be beneath us.

The point is not to give in to despair or to dwell obsessively on the ways in which reality is not what it could be. That is no more advisable than closing one’s eyes to the world’s flaws. The point, rather, is to give reality its due. When we do, we find more than just catastrophe. If open eyes allow us to see the shipwrecks of the world more clearly, they also show us something else. As the author Annie Dillard observes in Pilgrim at Tinker Creek (1974):

Cruelty is a mystery, and the waste of pain. But if we describe a world to compass these things, a world that is a long, brute game, then we bump up against another mystery: the inrush of power and light, the canary that sings on the skull … [T]here seems to be such a thing as beauty, a grace wholly gratuitous.

Yes, the world is full of suffering, marked by death, rent by entropy; but it is also, equally undeniably, filled with beauty, wonder and opportunities for love and compassion. And we ought to actively acknowledge both facts.

If a clear-eyed honesty about things brings an end to naive or innocent happiness, it opens up the possibility for something more mature. Humans, so far as we can tell, are the only beings who, in addition to experiencing things as good in relation to our own desires, interests and goals, can also appreciate them as good-in-themselves, good regardless of their relationship to us, good independent of our very being. As a consequence, we have the possibility of looking at the world and being grateful for it – not pleased by it or happy about it, but thankful. We can look into the night sky and feel more than just the silent, infinite space that terrified the French philosopher Blaise Pascal. We can experience reality, and the astonishing and improbable chance we have to be here and appreciate it, as a gift.

In the end, both the optimist and the pessimist have it wrong, because each is looking at only part of the evidence. When we open our eyes to the fullness of reality, what we find is a chiaroscuro canvas of both darkness and light. The totality of evidence elicits in us something like ‘melancholic joy’: a grateful and uninhibited joy for the goodness of being, but one tinged by sadness at the pervasiveness of evil and melancholy because it all comes to an end. Seeing the evil in the world helps us to live well while we can, because death is coming for us all, and entropy is gnawing at the fringes of our existence. And seeing the goodness helps us to live gratefully, softening the sting of reality.