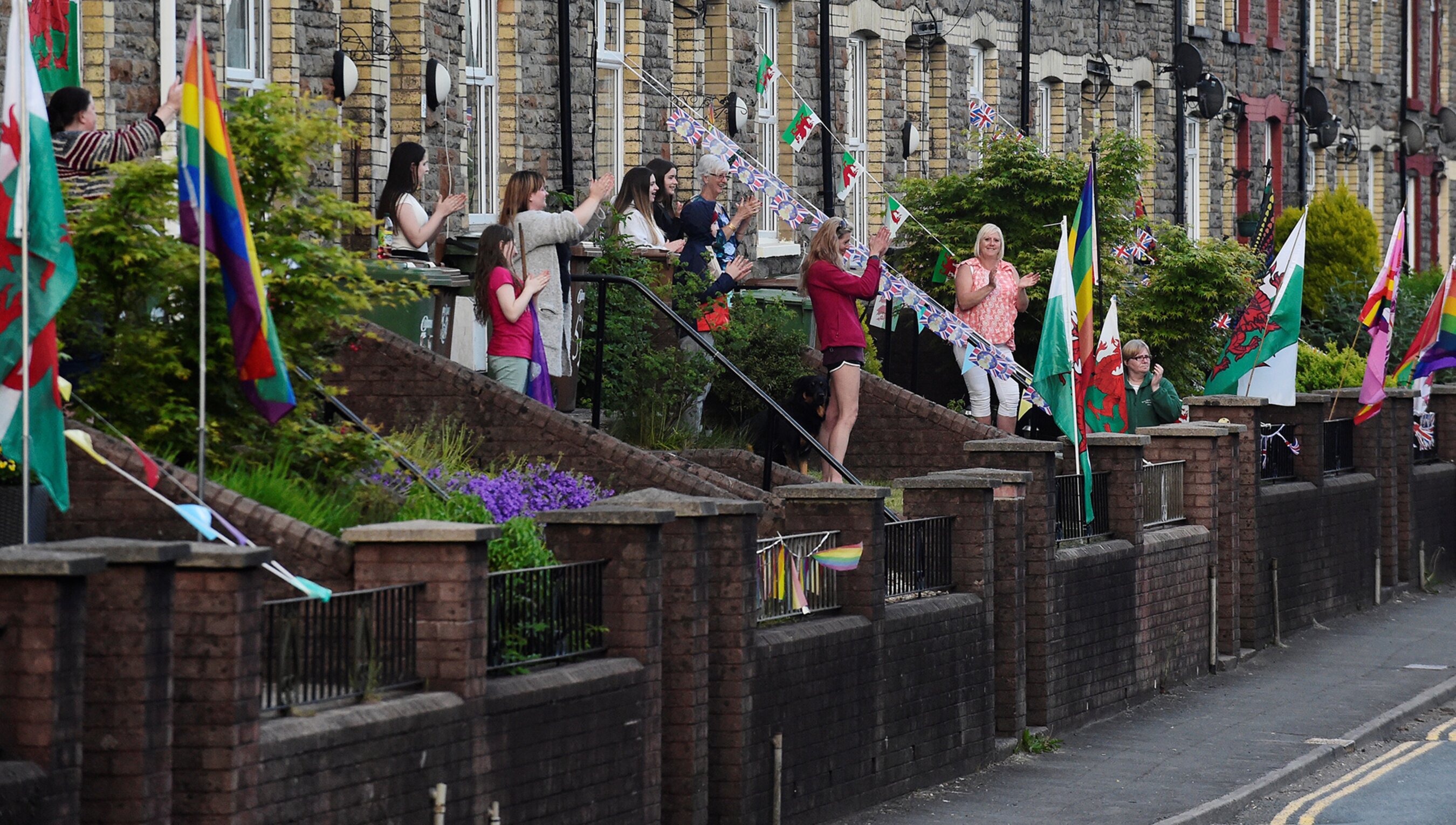 True gratitude is a communal emotion, not a wellness practice

is a doctoral candidate at the University of Chicago, where she studies how emotional phenomena circumscribe moral thought in early modern British literature. She also founded an interdisciplinary workshop for the study of emotion in the humanities and social sciences. Her writing and translation have appeared in The Rumpus and Ho! Literary Magazine.

In March 2020, Europeans started gathering on balconies and by windows to cheer, applaud and show gratitude to their healthcare workers providing life-saving services during the pandemic. The regular cheering and clapping became a symbol of hope: human solidarity triumphing over fear and enforced isolation. Contrast that scene with another. Following the remission of her COVID-19 symptoms in July, Jazmin Grimaldi (daughter of Albert II, Prince of Monaco) told her thousands of followers on Instagram: ‘I am so thankful that I am starting to finally feel like myself today … I am grateful to be alive and healthy at this present moment.’

How were these situations different? Why is it inspiring to hear about the people of Europe shouting thankfulness from their rooftops, whereas Grimaldi’s message, while it induces sympathy, doesn’t inspire?

Besides the obvious discrepancy in the magnitude of the two displays, another clue is found in the question: to whom were these people thankful? The gratitude of the European public toward their healthcare workers is highly relatable. We understand the sacrifices that medical professionals make, and know that we owe them a debt that can never be paid in full. Our inability to adequately reciprocate their efforts only increases our gratefulness. By contrast, Grimaldi’s gratitude, however heartfelt, lacked an addressee – as do similar public utterances made by countless others. It wafted into digital space and dispersed, clinging to no one in particular. Grimaldi’s message conveyed an understandable sense of happiness and relief, but her sentiment didn’t necessarily establish a bond with other people.

Grimaldi’s style of gratitude is part of a wider societal pattern. The disappearance of benefactors (or donors) from scenes of thanksgiving has become particularly endemic to current American thought about gratitude, as its focus has shifted from the interpersonal function of thankfulness to its personal advantages. This is partly down to the influence of positive psychology: in the past two decades, scientists have grown increasingly attuned to the contribution of gratitude to both personal and interpersonal flourishing, crediting it with improving emotional wellbeing and promoting prosocial behaviours, changing our brains to help emotion regulation, and even with relieving symptoms of asthma. However, only a minority of studies have highlighted the social nature of gratitude, with most focusing on its benefits for the grateful subject. The aforementioned studies privileged personal rather than interpersonal aspects of gratitude. Test subjects were instructed to keep a written record of things for which they felt grateful or to perform a gratitude meditation, rather than to share their thankfulness with anyone else.

Seen as a personal emotion with considerable benefits, gratitude is increasingly marketed as a self-help instrument, as epitomised in the popularity of gratitude journals such as Good Days Start with Gratitude (2017): diaries designed to keep track of events, people and circumstances for which one feels grateful. With promises that they will bring a host of personal benefits, these journals translate some of the scientific findings about thankfulness and wellbeing into a wellness practice. And since the journal is a private document meant only for the writer’s eyes, any benefactors mentioned in it will probably never learn about the journal-keeper’s feelings.

As I cupped my hands to take the coins, an image of holding burning coals flashed through my mind

The contemporary preoccupation with gratitude as an individual experience, and viewing it as a path to psychological wellness, is significantly different from how the emotion was understood historically. Whereas earlier theories of gratitude also concentrated on the importance of gratitude as an inward disposition, such theories nevertheless emphasised that gratitude derived its value from its interpersonal nature. In his treatise on religious affections, the 18th-century American preacher Jonathan Edwards described gratitude as a natural affection felt toward another who has benefited us. The power of gratitude is so great, according to Edwards, that it can momentarily induce positive feelings even toward our enemies (Edwards gives an example from the Old Testament with Saul’s thankfulness to his enemy David for sparing his life). By this view, although our gratitude might be rooted in a basic concern for our personal interests, its effect is decidedly interpersonal. Edwards considered gratitude one of the ‘better principles of human nature’ and viewed ingratitude as an especially heinous sin for its unnaturalness.

Recognition of the importance of gratitude as an interpersonal sentiment extends into antiquity, when bestowing gifts and reciprocating them was a central aspect of economic life. The Stoic philosopher Lucius Annaeus Seneca’s book On Benefits (composed after the year 56 CE, and newly translated by Miriam Griffin and Brad Inwood in 2011) offered the most extensive discussion of gratitude in the ancient world, and it continued to shape the Western concept of gratitude for centuries. In it, Seneca treats gratitude as a virtue that ought to be cultivated for social purposes:

That gratitude is an attitude to be chosen for itself follows from the fact that ingratitude is something to be avoided in itself, because nothing so dissolves and disrupts the harmony of mankind as this vice. For what else keeps us safe, except helping each other by reciprocal services? Only one thing protects our lives and fortifies them against sudden attacks: the exchange of benefits.

Seneca argues that the generosity of benefactors and the gratitude of recipients are the glue that holds society together and guarantees its survival. As a Stoic thinker who prioritised inner dispositions over outward circumstances, Seneca emphasised that feeling gratitude was more important than acting to reciprocate benefits received, but that the feeling was morally virtuous only insofar as it was directed at a benefactor. This interpersonal aspect of gratitude is essential: if a person only feels fortunate without crediting anyone for their good fortune (as in the social media messages and gratitude diary entries written by so many), they are not really being grateful at all. Contemporary philosophers even propose that being grateful for general states of affairs, rather than to any specific person, is a misnomer: when I am grateful for my general health, or grateful that it didn’t rain on my wedding day, what I’m actually feeling is not gratitude but appreciation.

Aside from positive psychology’s influence, why else is gratitude coming to be understood as a personal rather than interpersonal emotion, and even less as a virtue? Another part of the answer is surely that the interpersonal bonds and duties with which true gratitude saddles us are not always pleasant.

I remember a time when I was visiting my hometown in Israel and ran into a relative with whom I had a strained relationship. I’d popped into a coffee shop to change a large bill for coins for the bus, and she was there waiting on her order. Surprised but happy to see me, my relative insisted on giving me the change herself. It was a modest act of goodwill on her part but I found myself struggling to receive it: as I suppressed my instinct to refuse the gesture and cupped my hands to take the coins, an image of holding burning coals flashed through my mind. Why was I reacting so dramatically to such a small kindness? It wasn’t the monetary value of the gift that made me reluctant to accept it, but rather the interpersonal bond that accepting it would imply.

Like any emotion that connects us to other people, gratitude can also be psychologically challenging

The French sociologist Marcel Mauss captured the essence of my predicament when he wrote in 1950 that a gift is received ‘with a burden attached’ because it binds the recipient to the donor. My mother tongue, Hebrew, reflects this hold of benefactors over their recipients in the expression assir todah – the equivalent of the English word ‘grateful’, it means literally a prisoner of thankfulness. The coins my relative gave me had little value, but taking them placed me in a debt of gratitude that, given the history of our relationship, I found hard to accept. On this occasion, gratitude did not feel good.

Literature too sometimes pushes against the claims of positive psychology about the personal benefits of gratitude. For example, in Samuel Beckett’s novel Molloy (1951), the titular protagonist, old and disabled, is apprehended by the police and interrogated aggressively at the police station. At last, he is approached by a woman whom he suspects to be a social worker. When she offers him a cup of tea, Molloy reflects:

Against the charitable gesture there is no defence, that I know of. You sink your head, you put out your hands all trembling and twined together and you say, Thank you, thank you lady, thank you kind lady.

The feeling that Molloy identifies with effusive thanksgiving is not gratitude in the contemporary sense, nor appreciation even, but rather humiliation. Even if he hadn’t wanted a cup of tea in the first place and preferred to be left alone, the cultural expectation to reciprocate the social worker’s kindness with an equal or greater measure of gratitude placed him in her immediate debt. To be grateful, Molloy says, is to cede power to the benefactor. By extension, Beckett’s protagonist offers a troubling alternative to Seneca’s egalitarian vision: for Seneca, gratitude offers a way in which even the poorest members of society can reciprocate the greatest benefits bestowed on them, simply by being thankful. But Molloy suggests that the expectation of gratitude risks deepening existing social gaps, since the less powerful in society will be forced into perpetual humiliating indebtedness, with the more powerful left to enjoy the role of charitable benefactors.

A similar concern about this aspect of gratitude is blown to an epic scale in John Milton’s Paradise Lost (1667). After leading an unsuccessful rebellion against God that cost him his heavenly position, Satan is on the brink of repentance:

What could be less than to afford him [God] praise,
The easiest recompense, and pay him thanks,
How due! Yet all his good proved ill in me,
And wrought but malice; lifted up so high
I sdeign’d subjection, and thought one step higher
Would set me high’st, and in a moment quit
The debt immense of endless gratitude, …

Satan faces a difficult problem: he understands that he ought to be grateful to God for everything he has received from him, but he can’t bear the emotional consequences. To be grateful would mean being burdened by the endless, joyless debt he owes his creator.

The recent popularity of gratitude as an instrument for enhancing personal wellbeing has obscured some of the complexity of this mental phenomenon: far from being only a personal emotion that points us to our blessings, it is primarily an interpersonal emotion that points us to our benefactors. This doesn’t mean that gratitude can’t feel good. More often than not, it does feel good to acknowledge others’ kindness toward us. But like any emotion that connects us to other people, gratitude can also be psychologically challenging. If as a society, we can recover the interpersonal significance of gratitude, it will confront us with the extent of our dependence on other people and their power over us. At the same time, and as Seneca argued, recognising this aspect of gratitude has the potential to bind us closer to one another, to strengthen our communities and relationships.

History of emotionsCommunityRituals and symbols
16 December 2020