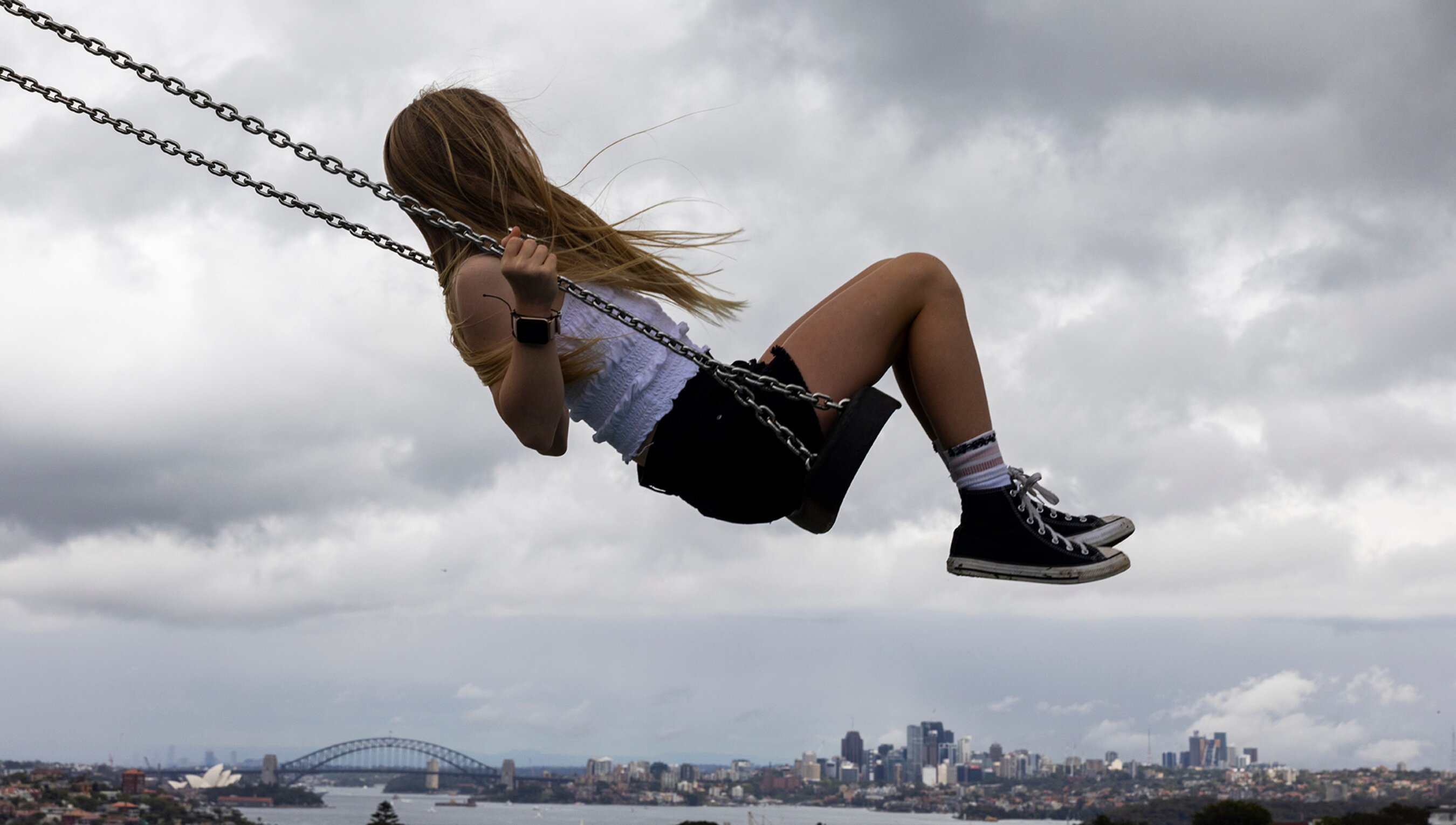 Why does early puberty pose a risk to girls’ mental health?

is a postdoctoral researcher in the department of psychiatry and behavioural sciences at the University of California, Davis. She lives in Eugene, Oregon.

is a senior lecturer at Monash University. She lives in Melbourne.

Whether your experience of puberty was mostly positive, mostly negative, or somewhere in between, you probably remember undergoing both biological and social transformations. Your skin changed, you grew taller, you developed sexual physical characteristics. But perhaps you also experienced changes in mood and sleep, changes in your social life, your first romantic relationships and other grown-up roles.

Of course, even among kids who are the same age, there can be large developmental differences. Maybe you suddenly got taller one year and your best friend stayed the same height. This reflects what scientists call ‘pubertal timing’ – how early or late one individual develops compared with others of the same age and sex. For girls, some of the physical developmental changes that take place can be especially visible, making certain girls look a lot older than others. The physical changes of puberty typically start to emerge between ages eight and 13 for girls, on average – driven by underlying increases in the body’s hormone levels – and these changes unfold during the biggest period of neural development since infancy.

With their bodies, brains and lives in flux, some adolescents thrive while others experience a new set of social and psychological challenges. From puberty onwards, girls are two to three times more likely than boys to experience depression. And research has shown that, when girls or boys go through puberty earlier than their peers (in other words, they have earlier pubertal timing), they’re at higher risk for depression and anxiety. This increased risk persists through adolescence, so those who started puberty earlier continue to be more likely to develop depression and anxiety than peers who started puberty later.

There are a number of theories about why early timing of puberty is linked to these negative mental health outcomes. These mechanisms might differ between boys and girls, because girls have different experiences from boys both socially and physically during puberty. While pubertal processes are important for wellbeing in boys and gender-diverse adolescents – and further studies involving these understudied populations are critical – more research to date has focused on the reasons why earlier-developing girls are at increased risk for depression and anxiety. One theory is that increased levels of the hormones that skyrocket at puberty (including oestradiol and testosterone) can affect the developing brain directly. Although it’s mostly based on animal research, the idea is that the brain might be more sensitive to these hormonal changes at an earlier age, changing the brain in ways that make it more reactive to stressful experiences.

Yet early biological changes can affect adolescents’ social lives, too. For example, some girls who develop earlier might have more negative feelings about their bodies because they don’t look like their friends do. Also, girls who look a lot older than they are might be treated differently by peers or adults who overestimate how socially or cognitively mature they are. That could include, for instance, being treated as people who are ready for sexual experiences when they are not. In short, they might be receiving attention that affects them negatively.

To test some of these different possibilities, we recently conducted a study of 174 adolescent girls at our lab at the University of Oregon. We assessed the timing of puberty in multiple ways, including through the levels of hormones in saliva, the ages at which girls got their first period, and the development of physical characteristics. We also measured depression and anxiety in more than one way, using questionnaires to assess symptoms and clinical interviews to establish a diagnosis.

When the timing of puberty was assessed based on visible physical changes (such as the development of breasts), we found that earlier-developing girls were at higher risk for depression and anxiety. This is in line with previous research. However, when pubertal timing was measured directly by levels of hormones, we did not see any relation between timing and the risk of depression and anxiety. This brings into question the first hypothesis – that pubertal timing matters because of hormones directly impacting the developing brain. Most previous studies had not measured the timing of hormonal changes, so more research that captures both hormones and physical characteristics within the same sample is needed. But, based on our research, it seems that the timing of changes in visible physical characteristics might affect girls’ mood and behaviour more than hormonal changes do in themselves.

Why might the physical characteristics of puberty stand out as especially predictive of depression and anxiety in girls? Research is actively testing theories and considering how biological development interacts with changing social roles. For example, do girls who develop earlier feel more negatively about their bodies, and if so, why? Are early developing girls seen as more mature for their age, and therefore treated differently by others?

Stressful experiences such as sexual harassment are a risk factor for depression at any age. And indeed, research indicates that the amount of sexual harassment that girls experience – which has been linked to pubertal timing – is one reason why earlier timing is associated with depression.

Earlier pubertal timing has also been linked to lower self-esteem. In the sample of girls in our lab, we are finding evidence that girls’ views on their own physical appearance, specifically, are an explanatory factor in the link between early pubertal timing and development of depression. This is again mainly the case when we base pubertal timing on visible physical characteristics, suggesting it is about the changes they can see happening to their body.

These findings might partly explain why the gender discrepancy in depression begins at puberty: it is a time of obvious physical changes. Further, cultural roles for girls change after puberty, and not always in positive ways. Traditional marriage and childcare demands, and biased presentation of professional roles and identities might show girls that their roles are devalued. For example, many teenage girls live in societies where a wage gap still exists, and where their female role models experience discrimination and job inequality. Interestingly, some research in cultures where traditionally female roles are highly valued has found a smaller gender discrepancy in depression.

The social environment that developing girls grow up in can be supportive or detrimental, and this is important to health outcomes. Support from parents can reduce the risk for depression and anxiety in adolescents, and this might be especially important when a child has risk factors such as early pubertal timing or stressful experiences. For example, if girls look different from their peers or experience sexual harassment, talking about it with parents could help mitigate the impact on how they feel and how they view themselves.

Investing in healthy pubertal development is essential, and we believe that this could start with an increased focus by communities on gender equality. Schools and communities can also take measures to ensure that earlier developing girls – along with other young people at increased risk – are provided with psychological support if they do not have supportive home environments. Education about pubertal development should start early enough for earlier-developing girls, and it should normalise the physical changes, and variation between kids. Importantly, schools and community organisations must avoid shifting blame for negative experiences such as sexual harassment from the perpetrator to the victim. Instead, they should display ‘institutional courage’ and provide a climate that treats girls and boys as equals, values women’s roles, and protects girls from abuse.