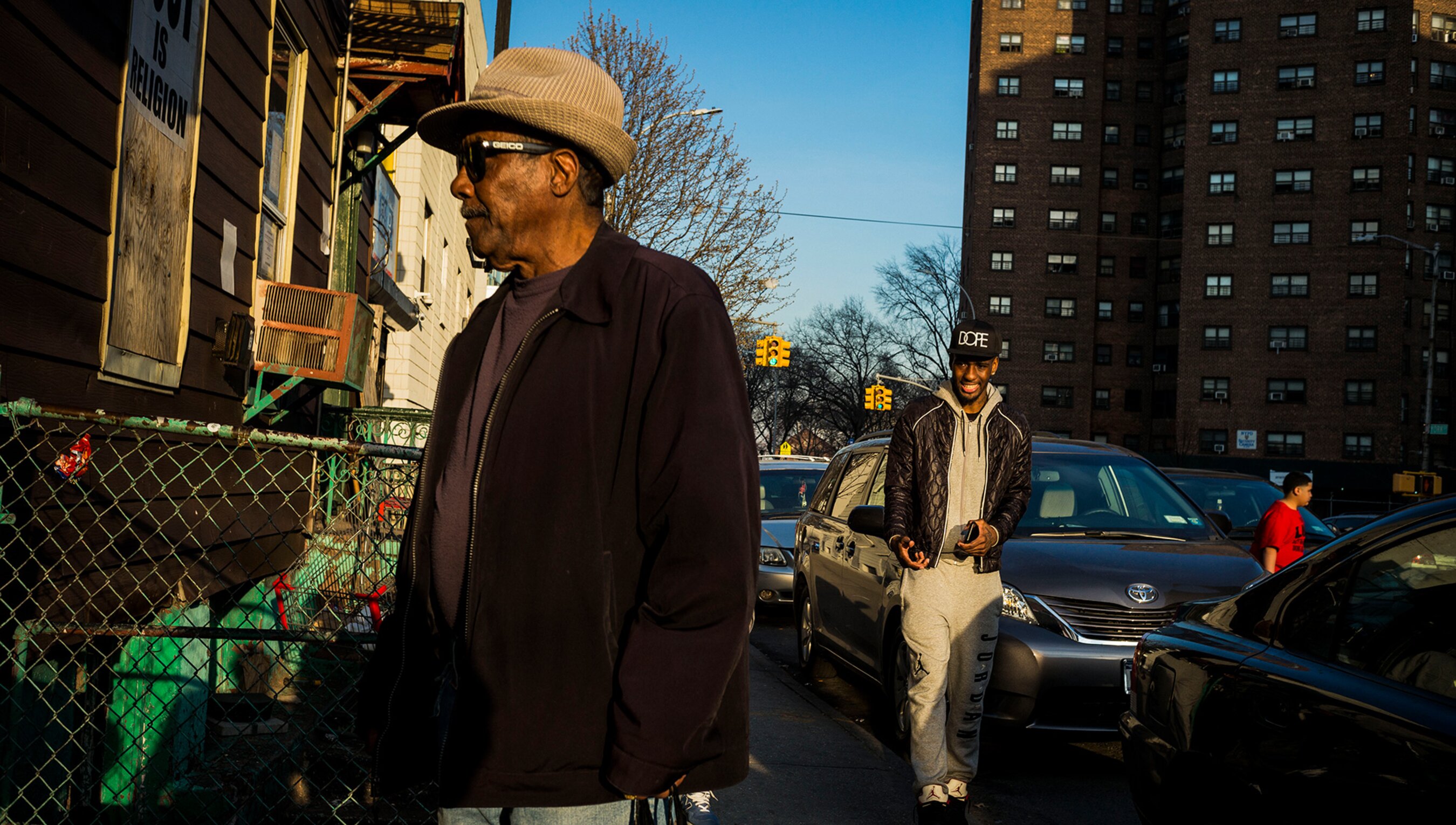 Why life is faster but depression is lower in bigger cities

is a doctoral student in integrative neuroscience at the University of Chicago. His research focuses on systematic understandings of thought content and mental health in cities.

Cities are bastions of opportunity. They are filled with vast numbers of people meeting friends and family, visiting restaurants, museums, concert halls and sporting events, and travelling to and from jobs. Yet many of us who live in cities have occasionally been overwhelmed by the activity. At other times, we might feel ‘alone in the crowd’. For decades, the conflicting experiences of city living have led urbanites and scholars to ask: are cities bad for mental health?

The conventional wisdom and scientific answer for more than half a century has been ‘yes’. This question is becoming increasingly important as global urbanisation unfolds: around two-thirds of the world’s population will live in cities by 2050. Bigger cities, which have more of what makes a city a city, would seem to be particularly bad for mental health. A typical explanation invokes factors such as noise, crime and short, callous social interactions (think about New York City’s reputation for rudeness) to argue that big cities create sensory and social burdens that city dwellers constantly have to combat psychologically. While this explanation appears to be supported by some evidence that rural areas might, on the whole, have lower depression rates than cities, there is scant evidence that these particular factors cause higher depression rates in cities, and no investigation of how bigger cities compare with smaller cities.

As it turns out, the relationship between cities and mental health is more complex than conventional explanations suggest. A study that I recently conducted with my colleagues at the University of Chicago demonstrates that larger cities in the United States actually have substantially lower rates of depression than smaller cities. Our team looked at depression rates calculated by the Centers for Disease Control and Prevention, other depression rates from the Substance Abuse and Mental Health Services Administration, and additional rates estimated by us, using geolocated Twitter posts and a machine-learning algorithm. Despite the fact that differing methods were used to assess depression rates – some were based on clinical criteria, one involved phone surveys, etc – and each source included different (though overlapping) sets of US cities, we found a consistent result. Specifically, a doubling of city population was associated with a 12 per cent decrease in depression rates, on average.

Lower rates of depression in larger cities seem to be a consequence of how cities are built and can be explained by a new scientific view of cities called urban scaling theory. Urban scaling theory has helped us understand why some experiences are common to all urbanites and provides us with new perspectives on how these collective experiences influence innovation, crime, economic productivity and, now, mental health.

For me, the hustle and bustle of life in the biggest cities became especially salient when I first travelled from my hometown of New York City to Chicago for college. When I stepped off the plane, the slower pace and midwestern ease of Chicago seemed to hang in the air. I found myself immediately slowing down and acclimatising to the somewhat more relaxed lifestyle of a metropolitan area of 9.6 million (compared with the New York metro area’s 20.1 million).

The infrastructure networks of cities are similar to the human circulatory system, and the branching patterns of trees

This experience was, in all likelihood, due to my internalisation of the fact that the pace of life is faster in bigger cities, a fact that is predicted quantitatively and precisely by urban scaling theory. In particular, a city with twice as many people as another city will have an approximately 12 per cent faster pace of life (the same percentage by which depression rates decrease). What does this mean concretely? Research shows that people literally walk faster in larger cities. People in towns with around 10,000 inhabitants tend to walk at a leisurely pace of 3.5 km per hour, while people in cities of around 1 million tend to walk at a pace of 5.8 km per hour, almost a jog.

In addition to walking speed, studies have found evidence that invention, job diversity, social interactions, restaurant diversity and crime also increase in bigger cities, and also follow the 12 per cent rule. There is some variability from city to city, but the average increase is 12 per cent per doubling of the population. These studies show that, in general, cities foster greater social interaction (both positive and negative), diversity, culture and generation of ideas. These principles are summarised by the 12 per cent rule (and a few others) and seem to apply across cultures and over time, as far back as 1150 BCE.

How is it possible that we can make such precise predictions given all the factors that make each city and neighbourhood unique? At its core, urban scaling theory is a collection of mathematical models explaining how cities are organised. These models, to borrow a phrase from Plato, ‘bring together in one idea the scattered particulars’ of modern city living, and explain and contextualise some of the experiences that city dwellers have every day. One key insight is that the physical layouts of cities follow simple rules. Cities have layered infrastructure networks – made up of electrical lines, streets, railway lines, etc – with larger components branching off into smaller ones that serve smaller groups of people. In this sense, the infrastructure networks of cities are similar to the human circulatory system’s network of branching arteries, veins and capillaries, and the branching patterns of trees. To add to this, people’s semirandom movement through cities is constrained by these infrastructure networks. This means that we can borrow some mathematical tools from physics to construct equations that describe how people move through cities.

With a few additional considerations, the equations of urban scaling theory ask what happens when we balance the costs and benefits associated with the movement of individuals, goods and information over cities’ infrastructure networks. While the maths is complicated, the results are simple relationships between the size of a city’s population and a variety of urban metrics. This is where the prediction of a 12 per cent increase in social metrics such as crime and innovation with a doubling of city size comes from: it is the result of how cities’ infrastructure networks are built and facilitate interactions between the people who move through them.

With regard to depression, the most important insight is that larger cities facilitate more social interactions. And yes, this too follows the 12 per cent rule. To ground this in some hypothetical numbers, if residents of a city of 1 million people averaged 43 social contacts within the same city, then residents of a city of 10 million people would be expected to average 63 social contacts. Why is this important for depression? For about 10 years, we have known that the number of social contacts people have is strongly associated with the risk for depression: the more people you interact with, the lower your risk of experiencing depressive symptoms. Given this, it makes sense that we have found that depression rates are lower in larger cities, and that this reduction in depression rates follows the 12 per cent rule.

The character of a city, the collective influence of its inhabitants, hangs in the air

This observation has profound implications for how we think about depression. In the context of an ongoing global pandemic, a notable one is that depression within cities can be partly understood as a collective ecological phenomenon. Individual factors are of course important for any one person’s experience with depression, but so is the larger social network in which people are embedded. Unfortunately, we still do not fully understand the exact dynamics that connect social interactions to depression. However, my research suggests that the effect of social interactions is cumulative: close, supportive friendships and family relationships might be more important than passing interactions with strangers, but it is likely that there is more of both (and every other type of social interaction) in bigger cities.

Importantly, the physical environment of the city – its roads, train and bus lines, sidewalks and bike paths – shapes these social networks. Specifically, at the level of entire cities, infrastructure facilitates the delivery of goods, services and information, which help support all of the opportunities that cities have to offer. At the same time, these infrastructure networks allow people to move throughout the city to access these opportunities and, as a result, they also facilitate opportunities for a greater diversity and number of social interactions.

In this sense, it is true that the character of a city, the collective influence of its inhabitants, hangs in the air, ready to have an effect on whoever is around to breathe it in.

This analogy takes on a more concrete meaning with respect to COVID-19 – which, unsurprisingly (since social contact facilitates airborne transmission), follows the same 12 per cent rule in the speed at which it spreads through cities. As is the case with infectious diseases such as COVID-19, there is a strong rationale for frequent, local measurements of depression rates. Depressive disorders appear to be increasingly prevalent, are extremely debilitating, and cost the global economy billions of dollars each year in lost economic production. I suspect such a tracking effort for depression would reveal better ways of distributing mental healthcare access to the communities that need it most.

In addition, repeated local tracking could pave the way for better understanding other mental health conditions. Some of these, such as anxiety, are highly comorbid with depression and probably follow similar patterns. Others, such as schizophrenia or autism, might show different patterns across cities of differing sizes. Such tracking might also help us understand why depression rates are lower in some rural areas despite the fact that social networks are generally smaller. Perhaps in rural areas, higher-quality social interactions make up for a lack of quantity, while in large cities quantity makes up for reduced quality?

Cities have historically had a bad reputation for mental and physical health. However, in a fast-urbanising world, the higher social connectivity of larger cities could have positive influences on city dwellers’ mental health. While more social contacts make containing epidemics such as COVID-19 harder, they also lead to greater economic opportunity, more political and technological innovation, and, apparently, lower rates of depression. As more people live in cities every year, it is important that we acknowledge, measure and internalise how the physical places we inhabit – and the people we share those spaces with – influence our wellbeing in ways we might not expect.