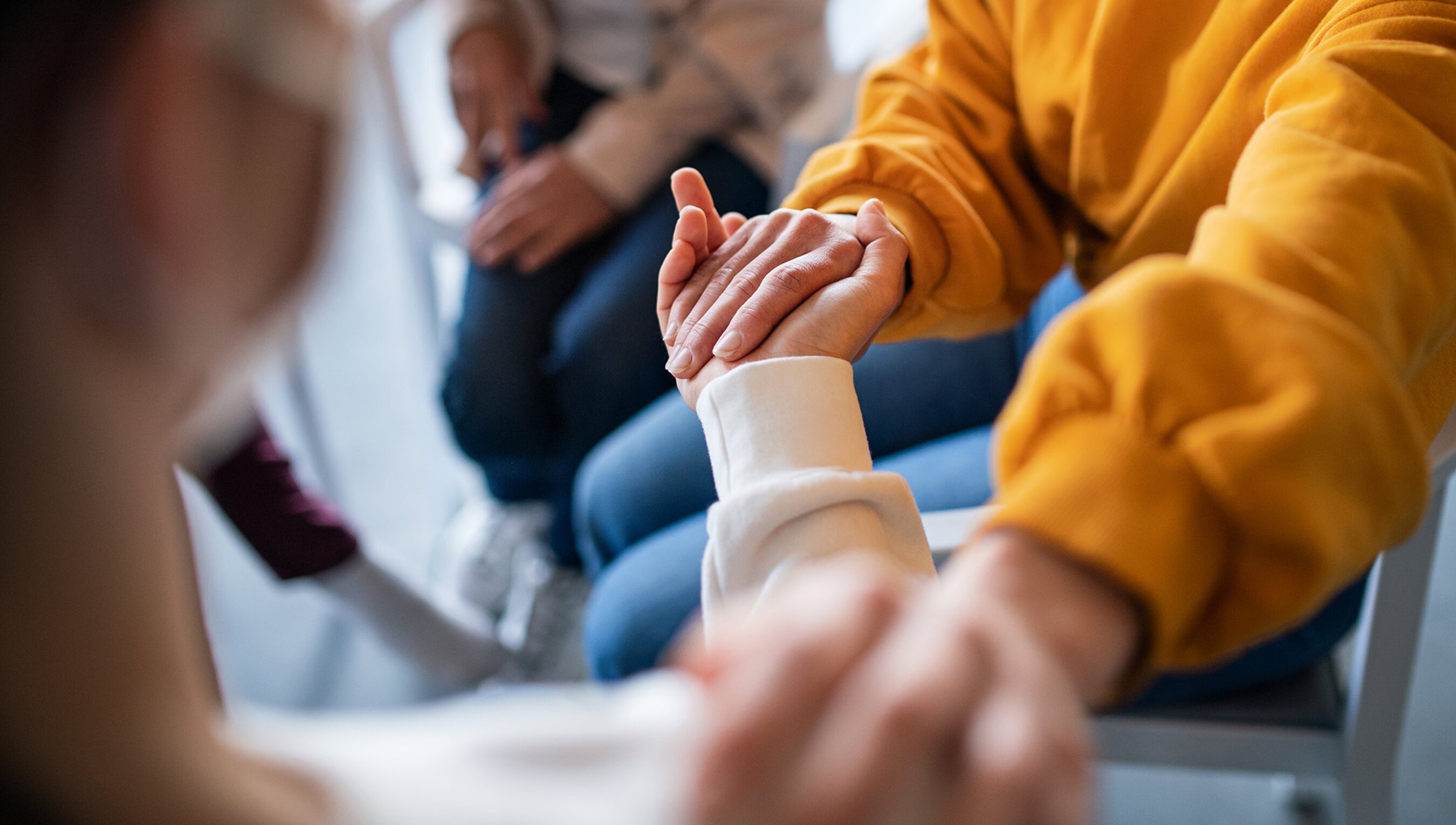 Why self-understanding could be important for empathising well

is a clinical psychologist in private practice with Plateau Psychology in Montreal, Canada.

Empathy, the ability to understand and share someone’s emotions, is foundational to our connections with other people. Research shows that it’s crucial for moral development, maintaining close relationships, fostering relations between groups, and inhibiting aggression. Because of its vital role in so many social processes, it’s important to understand the factors that promote empathy and make empathic behaviour more likely.

Most empathy-building interventions focus on improving the ability to take another person’s perspective. For example, someone can be instructed to imagine the thoughts and feelings of a specific person or group, or they can be presented with a video or letter in which another person describes their experience. Such interventions have been shown to successfully increase empathy and promote helping.

It’s sensible to try to build empathy by fostering an understanding of others. But there is reason to believe that, less intuitively, having a clear understanding of oneself is also important for the capacity to empathise.

To understand why having a clear self-concept is also relevant to empathy, we need to examine an aspect of empathy that’s often neglected. In order to empathise well, you need to not only understand and share in someone’s emotions, but also remain aware that the source of what you’re feeling is the other person, not something you are experiencing yourself. This requires fully appreciating that you and your experience are distinct from the other person and their experience. Some people are better able to make this self-other distinction than others.

Suddenly, your response isn’t really about your friend’s feelings, but your own

Importantly, researchers have suggested that the ability to make this distinction might be related to helpful ways of empathising. Empathic concern is an other-focused emotional response that often leads to a desire to help reduce the other person’s suffering. For example, imagine your distraught friend calls you and tells you that they’ve just broken up with their romantic partner. You might try to put yourself in your friend’s shoes to understand how they feel and, as a result, feel somewhat sad yourself. But if you’re able to hang on to the awareness that the source of this sadness is your friend’s break-up, not something that’s actually happening to you (self-other distinction), you’ll likely react with empathic concern and direct your attention to showing care for your friend – listening, expressing that you understand how they’re feeling, and maybe inviting them over for dinner.

Empathic concern can be contrasted with a more self-focused, aversive emotional response: personal distress. This kind of response could result from poor self-other distinction – losing sight of the fact that the other person’s experience, not your own, is the source of your emotional state. Overwhelming personal distress can actually get in the way of effective empathic responding, leading one to withdraw from the person in need rather than helping them. In the hypothetical conversation with your friend, a reaction marked by personal distress could look like this: you start vividly imagining what it must have felt like to go through the break-up, as if you had done so yourself. As a result, you feel overwhelmed with sadness and anxiety. Suddenly, your response isn’t really about your friend’s feelings, but your own. You might tell your friend: ‘I don’t know how I would cope with that. It’s so awful.’ After half-listening to your friend for a couple of minutes, you change the subject to something lighter to avoid the feelings that result from putting yourself in their shoes.

So what’s the role of self-concept clarity in all of this? Having a clear sense of self should make it easier to appreciate how you are different from other people, and to mentally separate yourself from them. This might in turn help you to share in another person’s emotional experience with an appropriate level of distance. By contrast, low self-concept clarity could lead to a blurring of boundaries between the self and others, which might make it challenging to separate your emotional experience from another person’s, resulting in unhelpful personal distress.

To test these ideas about self-concept and empathy, I conducted a series of studies during my PhD with my advisor, Jennifer Bartz. In an initial study, we had participants complete a questionnaire that assessed their self-concept clarity, asking how much they agreed with statements such as: ‘In general, I have a clear sense of who I am and what I am,’ or ‘If I were asked to describe my personality, my description might end up being different from one day to another’ (reflecting lower self-concept clarity). They also responded to items about their tendencies to experience empathic concern (eg, ‘I often have tender, concerned feelings for people less fortunate than me’) and personal distress (eg, ‘When I see someone who badly needs help in an emergency, I go to pieces’).

Based on these reports, we found that self-concept clarity was positively associated with the tendency to experience empathic concern and negatively associated with the tendency to experience personal distress. This suggests that people with a clearer sense of self are more likely to react to others’ distress with feelings of concern and are less likely to get overwhelmed by their own emotions. Of course, it’s possible that people were not accurately reporting how they generally react in empathy-inducing situations. To address this, we conducted a follow-up study in which participants were confronted with a person in need.

Participants listened to an experimenter-generated recording that was described as an episode of a university radio broadcast. They heard an interview with a young woman, Katie (in reality, an actor), who had lost her parents and one sibling in a car accident, leaving her with no money and two younger siblings to look after. Katie described struggling to support her siblings while also trying to finish her university degree. After listening to the interview, participants rated the extent to which different adjectives described their emotional reactions. Some of these represented feelings of personal distress (for example, ‘disturbed’, ‘alarmed’, ‘worried’) and others represented feelings of empathic concern (‘sympathetic’, ‘compassionate’, ‘tender’). Participants completed the questionnaire about self-concept clarity as well.

We also wanted to test our hypothesis that the link between an unclear sense of self and personal distress can be explained in part by a lack of self-other distinction. To this end, participants rated the extent to which a series of personality traits described them – and rated Katie on these same traits. The amount of overlap in a participant’s ratings of themselves and their ratings of Katie was one measure we used to assess their degree of self-other distinction.

Consistent with our earlier study, participants with high self-concept clarity felt more empathic concern and less personal distress when listening to Katie’s story. And, consistent with our predictions, people with low self-concept clarity seemed to have trouble distinguishing themselves from Katie, which appeared to help account for their greater personal distress.

Perhaps more importantly, self-concept clarity was also related to helping behaviour. After listening to the interview, participants had the opportunity to donate money to Katie. We found that people with lower self-concept clarity donated less money, which could be partially explained by their increased personal distress and lower empathic concern. So, not only might an unclear sense of self make one vulnerable to experiencing more self-focused distress and less concern for another person’s welfare, these emotional reactions could have tangible consequences for a person in need.

These findings could have implications for close relationships. Typically, the people we love are incorporated into our identity, which helps explain why we tend to feel the most empathy for the suffering of those closest to us. But, our findings suggest that close identification with loved ones should be complemented by a clear sense of self in order to allow for empathic concern. Otherwise, people might feel their loved ones’ distress too personally and intensely, making them (ironically) less likely to be helpful.

This work echoes theory and insights from developmental psychology. A critical milestone in human development occurs between around 15 and 18 months, when toddlers begin to recognise their own reflection in a mirror. This is understood as a marker of self-awareness and as evidence that the toddler has developed a sense of self. What’s interesting is that the ability to show care for another person and the desire to help them seem to appear only after the development of this self-awareness. Developmental psychologists take this as evidence that empathic responding meant to help a person in need hinges on the development of a sense of self. Our studies suggest that this continues to be true well into adulthood.

Our findings also raise the possibility that people could improve their ability to respond empathically to others by getting to know themselves better. One way of establishing a clearer sense of self is by identifying your values – the qualities that are important to you in life, such as honesty, spontaneity or ambition. Values help to answer the question: ‘What are you all about?’ Figuring out what matters to you is not always easy, however. For many, it can be helpful to work with a psychotherapist in trying to develop a clearer sense of self.

While empathy interventions commonly aim to help people see the world through another person’s eyes, our research indicates that the impact of these interventions might be limited when someone lacks a clear sense of who they are. In these cases, it could be beneficial to focus first on learning more about one’s self. Being clearer about who you are could make it easier to sense where you end and another person begins – and to respond to their feelings in a helpful way.

Compassion and empathyCommunication and languageThe self
19 July 2022