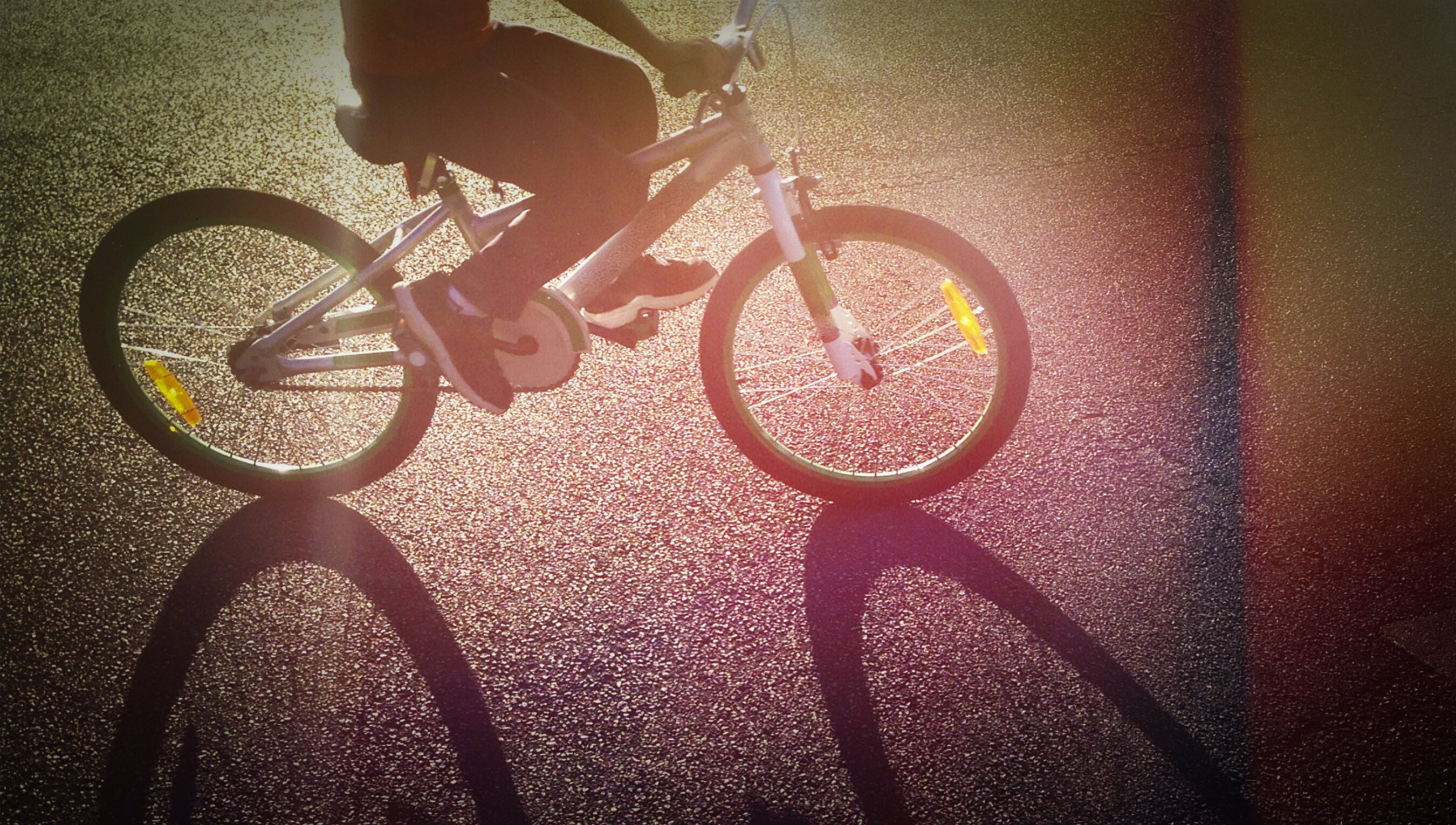 Benzos calmed my anxiety, but my memory became a deep fog

is a healthcare reporter for the National Public Radio station KCUR in Kansas City, Missouri. His reporting on healthcare policy, disparities and research is often featured on the NPR network and Kaiser Health News, and has appeared in other outlets including The Washington Post, Scientific American and The Guardian.

The year 2020 was a long one, and 2021 is feeling even longer. But we might have already forgotten a lot of it, if the research studies are right. A recent poll from the University of Chicago found that nearly one in three Americans reported ‘forgetting things’ that happened during May to August 2020. Forgetting hard times might seem welcome, maybe even a means of self-preservation but, in fact, memory serves a critical role in helping us steel ourselves when challenges arise. By giving this often-neglected faculty some much-deserved respect, we can do ourselves a favour in the long run.

For Mary Pat McAndrews, a clinical neuropsychologist at the University of Toronto, collective forgetfulness during a time of high anxiety comes as no surprise. She compares the effects of anxiety to distracted driving because it consumes processing power that the brain needs for other tasks. Over time, chronic stress can lead to a measurable ‘shrinkage’ of the hippocampus, one of the brain’s main centres for learning and memory.

But the way we treat anxiety can also hinder memory.

During this anxiety-plagued period, Americans have been prescribed huge quantities of benzodiazepines – psychoactive drugs that have a minor tranquillising effect. Express Scripts, one of the largest pharmacy companies in the United States, reported that prescriptions for these meds increased by more than a third during the first month that COVID-19 hit North America. The surge adds to the one in eight Americans who were already taking benzodiazepines, according to data from the National Survey on Drug Use and Health. Experts have also recently expressed concern about benzodiazepine use in England, France, Australia and Israel, as well as the growing number of people elsewhere around the world who take these meds.

For people who take benzodiazepines for more than a few weeks, cognitive effects can continue long after daily use ends. They might even be permanent

When I was first prescribed benzodiazepines in college, they appeared to offer an almost instant solution to the panic attacks that had stalked me since I left home. I had been thrilled by the prospect of taking college classes, meeting new friends and maybe starting a new band. After the excitement of starting freshman year faded, I began experiencing intense episodes of terror that seemed to spring from nowhere and cause me to bolt from a Spanish class or hide from friends on a Saturday night. Like tornado sirens that only I could hear, panic attacks overwhelmed me with the irrational but intense sensation that I was about to die unless I escaped immediately. Within 45 minutes of popping an orange Klonopin pill, however, everything returned to normal, and I could breathe. I was so grateful for the relief that I barely noticed the mental fog, which grew thicker as I began to rely more heavily upon them.

My doctor increased my daily Klonopin dose to keep creeping panic at bay. As he did, the details of my life – not to mention my academic studies – became irretrievable, like scribbled notes on loose pages, smudged and illegible. By junior year, I could spend a week with flash cards preparing for a geology exam, then sit down to take the test only to discover I had merely a nodding acquaintance with plate tectonics. I flunked classes for the first time. During a summer job at a music library, I struggled alphabetising composer biographies.

This couldn’t have been further from the person I’d been before medication. In high school, I was an insufferably nerdy fan of obscure old soul and funk music, and I hung out at parties spouting out the recording dates and personnel for songs that inspired other kids to dance. I filed away names, dates and addresses without effort, and they’d always been as clear in my mind as words printed in a textbook.

My benzodiazepine-fuelled spaciness led people to assume I was an easy-going pot smoker. In reality, I was a kid doing my best to get by, growing numb and indifferent to how memory problems were derailing my life.

Benzodiazepines, including Xanax, Klonopin and Valium, have come under fire in recent years for their potential for abuse and dependence; in the US, the Food and Drug Administration recently called for expanding warnings on these medications. For people who take these meds as prescribed, cognitive effects loom large.

That’s because of how the medications work. They reduce anxiety by enhancing the effect of a calming chemical called Gamma-aminobutyric acid (GABA), in the brain’s GABAa receptors, which causes a broad slowing of brain function and can also affect coordination and concentration, and cause sleepiness and emotional numbing. For people who take benzodiazepines for more than a few weeks, cognitive effects can continue long after daily use ends. They might even be permanent.

The potential toll on memory caused by the pandemic-inspired rush on benzodiazepines could be huge.

Though the cognitive effects of benzodiazepines are little-known to the public, they are well recognised by psychiatrists. Treatment guidelines, such as those issued by the National Health Service in the United Kingdom for anxiety, now generally recommend treatments including cognitive behavioural therapy (CBT) or antidepressants such as Zoloft instead of benzodiazepines, which should be used only to bridge the two or three weeks needed for antidepressants to kick in. A study from Harvard Medical School found that benzodiazepine prescribing among psychiatrists in the US has remained stable in recent years. The doubling of prescriptions from 2003 to 2015 was due, instead, to primary care doctors, who are often unfamiliar with current recommendations in psychiatry. In the US, benzodiazepine concerns have been largely ignored in the shadow of the opioid crisis, but many experts view these as similar epidemics that persist because no alternatives match the fast-acting efficacy that these meds provide.

‘Sometimes a clinician might decide to use a benzo just because they don’t really have other great options,’ says Bruce Landon, professor of health care policy at Harvard Medical School.

In short, benzodiazepines have been some of the most prescribed drugs for decades, but a clear understanding of their cognitive effects has emerged only recently. This is due in part to the paradox that both anxiety and its treatment with benzodiazepines can cause similar problems. A research review in 2018 from La Trobe University in Melbourne, Australia, of studies involving both anxious and nonanxious long-term benzodiazepine users found that some cognitive effects, including deficits in working and recent memory, lasted for both groups long after they stopped taking the drugs, even as much as three and a half years later. The results lead Simon Crowe, professor of neuroscience at La Trobe, to conclude that these effects can continue indefinitely.

Names and dates aren’t all that’s at stake. Memory impairment can cause us to be unmoored from who we are.

‘You actually get a loss of self in some ways, because you’ve no longer got that kind of identity and social fabric that stitches your life together from beginning to end,’ McAndrews said.

I thought I knew anxiety, but the months of weening off the meds were worse than anything I had previously experienced

Benzodiazepines probably saved my life. I would choose to take them again, but for a shorter period of time. I initially avoided taking medication for several months because I didn’t want to surrender to feelings I thought I should be able to handle. But chronic anxiety and panic attacks are intolerable and make everyday functioning impossible. By the time I saw a psychiatrist, the panic had grown beyond what I could manage, and I forced myself to endure a lot of unnecessary suffering while hoping to tough it out.

That being said, tolerance develops quickly. In my late 20s, a new doctor convinced me to slowly taper my high dose. Quitting benzos is notoriously difficult and dangerous, because the brain is suddenly deprived of the calming chemicals it had adapted to, forcing a recalibration. Stopping a high dose of benzodiazepines cold turkey can lead to seizures; instead, patients and clinicians today refer to the Ashton Manual – a step-by-step guide developed by Heather Ashton, the late British physician who in the 1980s established a clinic to help get patients off benzodiazepines. I thought I knew anxiety, but the months of weening off the meds were worse than anything I had previously experienced. It was during this time that I finally started figuring out new strategies for managing stress.

The cognitive effects of benzodiazepines are not necessarily irreversible. At least, they weren’t for me. As my dose decreased, I noticed a renewed mental sharpness, and I tested this at the piano, which I hadn’t touched in years. For an hour each day, I practised and tried to memorise easier Bach and Mozart pieces. Lingering mental sluggishness made these sessions painstaking but, after several months, I was playing better than ever.

Memory enhancement or restoration are active areas of research. It’s unclear whether game fads touted to boost brain function – such as Sudoku or Lumosity – help, because the mental skills that users develop might not transfer more broadly. However, research on neuroplasticity, which has demonstrated that the adult brain is far more malleable than once thought, and studies of elderly people who have remained mentally sharp, give McAndrews hope that participating in a variety of enjoyable, challenging activities and staying social can keep memory strong, even after damage.

As the world and my mood brightened, forgotten shapes emerged from the grey haze of my memory. Driving home or on break at work, small sensory details would appear in my mind, unlocking long-lost childhood impressions and leaving me in tears.

The handlebar grips on my first bike, which my dad taught me to ride.

The jingle of our family dog’s tags when we took her for walks.

The perfume my mom wore as my parents prepared for a Saturday night out.

The tiny glasses that my grandparents used to serve orange juice for breakfast when we visited during the summer.

These glimpses reminded me of a time before pills and panic attacks, when problems weren’t overwhelming. During my years in a benzo fog, I regarded memory as a helpful tool – a retrieval system for facts that had, for me, been inaccessible. When my memories improved, I recognised them as something more. Memories provide connections to our past and the raw material for developing resilience.

McAndrews explains that stressful periods can offer opportunities for learning how to cope if we pay attention. ‘If we can turn those specific episodes that we’re walking through now, and navigating through, and find ourselves on the other side with a positive signpost for resilience for the future, that’s actually a very positive effect,’ she told me.

This year, I have again felt the kind of anxiety and panic I’d hoped were behind me. But, with the help of daily exercise, an antidepressant and the lessons learned from having navigated these feelings before, the anxiety and panic haven’t been as overwhelming as they once were.

Anxiety this year, like in any year, is inevitable, but it can also make us stronger. Today, when I feel anxiety building, I take comfort in reminding myself that the challenges I’m facing will someday be memories.

This Idea is not a substitute for independent, professional medical or health advice tailored to your specific circumstances. If you are currently taking medication such as benzodiazepines it is important that any change in your medication is supervised medically and happens gradually. For more information see this helpful resource page.