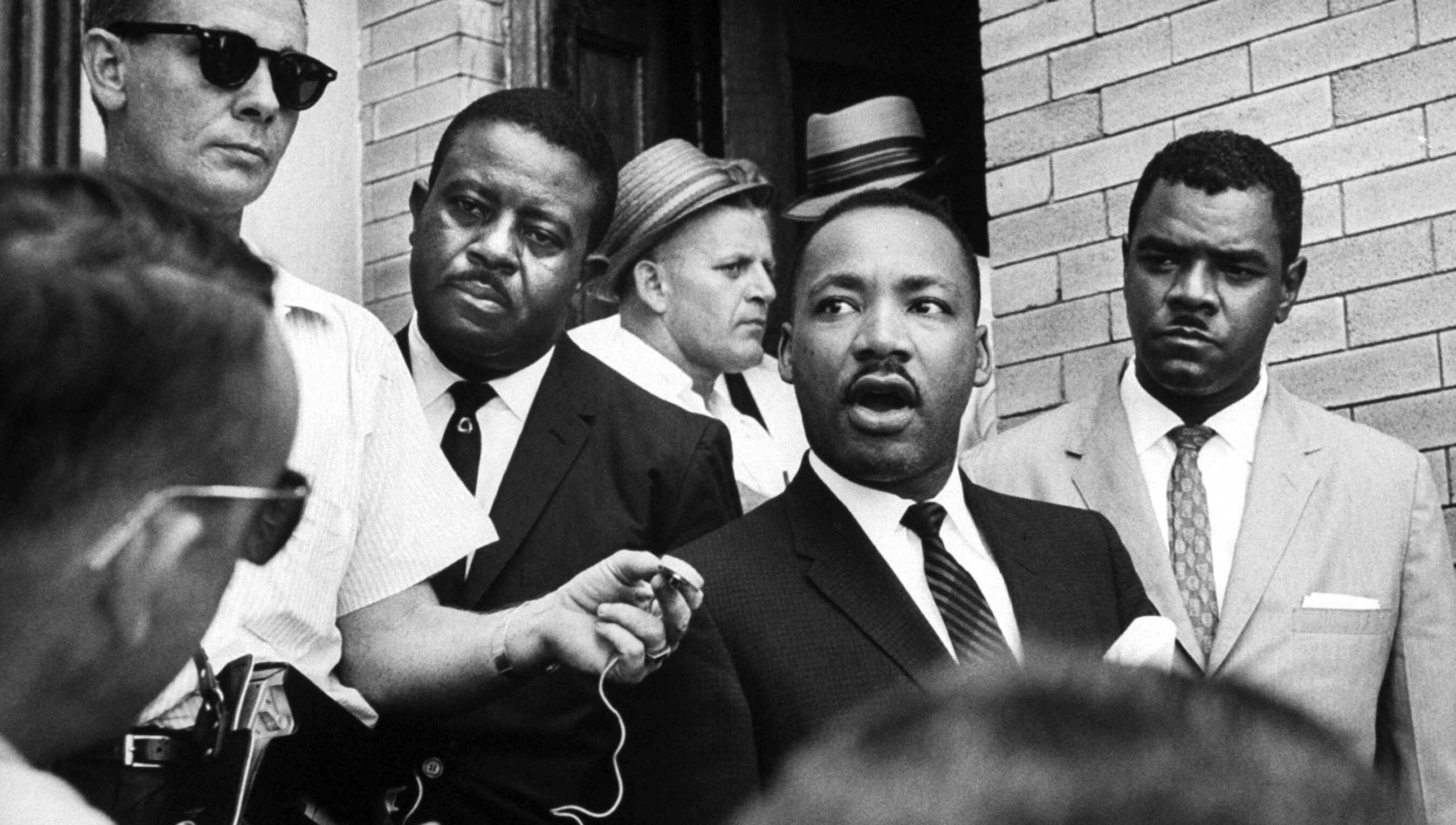 Democracy needs discomfort and distrust is a political virtue

is an assistant professor of philosophy at Queen’s University in Kingston, Ontario. She is currently writing a book, ‘The Emotions of Nonviolence’, on the political philosophy of Martin Luther King, Jr.

The American political theorist Danielle Allen worries about our tendency, from an early age, to avoid talking with strangers. She sees this as leading to a greater likelihood of distrusting people – people that we must trust and talk to, if we aspire to a healthy democracy. ‘Congealed distrust’, she argues in Talking to Strangers (2004), undermines the grounds for civic friendship – that is, friendship between citizens – which is necessary for a well-functioning and robust democracy. ‘Democracy depends on trustful talk among strangers,’ she writes. When this talk is ‘properly conducted’ it can ‘dissolve any divisions that block’ the effective functioning of democracy. When democracy depends on ‘trustful talk among strangers’, it is distrust between citizens that puts democracy at risk.

Yet, the fact that distrust makes trustful conversation and civic friendship more difficult does not make distrust itself morally objectionable. Sometimes distrust is not only appropriate but is also a way to initiate the conversation that’s needed for civic friendship. Distrust, in a democracy, can actually be a good thing.

Let’s start by considering what distrust is. In the standard case, distrust consists of at least three parts. First, distrust has a cognitive component. It’s the confident belief that others cannot be relied upon, that others will not do as they say they will. Distrust also involves non-reliance – we act on our supposition that they will not do what they have committed to doing: if I distrust my neighbour, then I won’t wait for her to pick me up from work, even if she has committed to doing so. Finally, distrust has an affective component. When we distrust people, we feel that we can’t count on them to fulfil their commitments, which is a disappointment. If we believe that the situation is unlikely to improve, we might even feel a sense of despair.

The civic value of distrust is evident when we reflect on the role it played in the Birmingham campaign during the American Civil Rights movement. Consider the response of Martin Luther King, Jr to the white moderates in his ‘Letter from Birmingham Jail’ (1963). The ‘Letter’ was an official response to the ‘Call for Unity’, which was made by eight Alabama clergymen. It was also written to other white moderates outside the Church, such as those within the Kennedy administration and readers of major newspapers and magazines. According to King, white moderates were those who explicitly agreed that racial segregation was wrong but did not personally join the movement and counselled those already in the movement not to demonstrate. Indeed, they advised King and his supporters to do nothing but engage in ‘honest and open’ discussion, encouraging them to wait patiently for the courts to end racial segregation. King saw this as asking him to patiently continue to accept injustice, exploitation and indignity – hardly a moral act. He was deeply disappointed by these white moderates, writing:

I must confess that over the past few years I have been gravely disappointed with the white moderate. I have almost reached the regrettable conclusion that the Negro’s great stumbling block in his stride toward freedom is not the White Citizens’ Counciler or the Ku Klux Klanner, but the white moderate, who is more devoted to ‘order’ than to justice; who prefers a negative peace which is the absence of tension to a positive peace which is the presence of justice; who constantly says: ‘I agree with you in the goal you seek, but I cannot agree with your methods of direct action.’

King distrusted the white moderates. He believed that he could not rely on the white moderates to meet their commitments to engage in the kind of action that was needed to promote racial equality and the end of racial segregation. That distrust was further confirmed after negotiations with the merchants of Birmingham. In September 1962, King met with the leaders of Birmingham’s economic community. During these negotiations, promises were made by business owners to remove ‘the stores’ humiliating racial signs’. As a result, all demonstrations were halted. However, King writes:

As the weeks and months went by, we realised that we were the victims of a broken promise. A few signs, briefly removed, returned; the others remained. As in so many past experiences, our hopes had been blasted, and the shadow of deep disappointment settled upon us. We had no alternative except to prepare for direct action, whereby we would present our very bodies as a means of laying our case before the conscience of the local and the national community.

Initiating trustful conversation in the presence of distrust is no easy task. As Allen acknowledges, where trust has completely disintegrated, someone has to go first. In writing his ‘Letter’, King went first: he called out the white moderates for being unreliable and for failing to meet their moral commitments. He took a further step when he made his way to the streets in Birmingham, making clear not only his distrust of the white moderates, but also his willingness to engage in the sacrifice that was required to publicly express it.

Whenever appropriate distrust is expressed, a typical and morally appropriate response on the part of those who are distrusted and of good will is to engage in actions to re-establish the grounds for trust, which involves making up for past wrongs. This kind of responsiveness is key to the kind of democratic conversation and civic friendship that Allen envisions.

At least, on one prominent reading of the Civil Rights movement, King’s expression of distrust in the ‘Letter’ was followed by a change in the behaviour and support of white moderates in the north. In the words of the reverend James H Cone, the white churches in the north were ‘embarrassed by the opposition and silence of their southern colleagues’ and they ‘were determined to let the world know that they supported King in his identification of segregation as a moral evil which must be exterminated’.

Soon after King published the ‘Letter’, the National Council of Churches (NCC) urged its 31 member denominations to initiate ‘nationwide demonstrations against racial discrimination’. The NCC said: ‘words and declarations are no longer useful in this struggle unless accompanied by sacrifice and commitment.’ In the following months, members of these white churches contributed to the movement financially and participated physically in the March on Washington, which took place after the Birmingham campaign. White Civil Rights activists were beaten, jailed and murdered for their actions alongside their fellow Black citizens. White Civil Rights activists were labelled ‘race traitors’, socially ostracised and publicly condemned. These newly committed white moderates demonstrated their willingness to make sacrifices for strangers – something that is essential to establishing trust, in Allen’s view.

These laws, born of distrust, created the conditions for more trustful conversation and civic friendship

While most people didn’t have this kind of active response to King’s expression of distrust, we do see that it occurred across the movement at other important moments. Consider the powerful speech that president John F Kennedy made on 11 June 1963, just months after King’s ‘Letter’ was published. In this speech, Kennedy set aside his previous moderate position, saying that: ‘The events in Birmingham and elsewhere have so increased the cries for equality that no city or state or legislative body can prudently choose to ignore them.’ With this speech, Kennedy announced his Civil Rights legislation, the codification into law of the movement’s moral position and the culmination of political action.

The Civil Rights Act (1964) and the Voting Rights Act (1965) were midwifed by the Birmingham campaign, the March on Washington for Jobs and Freedom, the Selma to Montgomery marches, and many smaller acts of protest, all of which required great sacrifices – physical, emotional, social, economic ­– of Black Americans. As Allen suggests, acts of self-sacrifice must be appropriately reciprocated in order to generate trust; when Kennedy and other white moderates began to meet their moral commitments and respond by proposing legislation and making their own sacrifices by contributing money to the movement and, in some cases, joining King on the streets, they took the first steps toward building trust.

These political laws and institutions were designed to foster civic friendship between Black and white individuals by requiring that power be shared between different racial groups – a further precondition of trust. Title I of the Civil Rights Act requires that voting rules and procedures be applied equally to all races, and the Voting Rights Act eliminated most voting qualifications beyond citizenship. These laws were passed to institutionalise the idea that everyone – including Black Americans – ought to have a voice in national decision-making, and that political wins and losses must be equitably negotiated and shared. These laws, born of distrust, created the conditions for more trustful conversation and ultimately sought to foster a broader sense of civic friendship among Black and white Americans across the nation.

Trust is not only the belief that you can rely on your fellow citizens to do what they commit to doing; it’s also, according to Allen, a feeling of ‘confidence, or a lack of fear, during a moment of vulnerability before other citizens’. Trusting democratic conversation requires that both sides be willing to engage in voluntary and equitable reciprocal sacrifice. In any contentious decision, some groups of citizens will win and others will lose; democracies need appropriate ways to moderate, acknowledge and appreciate those sacrifices, while assuring equitable reciprocity of sacrifice over the long run. This is the role of conversation in a democracy: when conversations demonstrate the participants’ willingness to engage in reciprocal sacrifice, citizens draw each other into a network of mutual responsibility, trustworthiness is established, and, over time, relationships of civic friendship are slowly built.

Somewhat paradoxically, distrust can play a role in building the kind of trust that Allen rightly sees as being essential to civic friendship: it can lead to the willingness to engage in reciprocal sacrifice that grounds trustful conversation and civic friendship.

But we must be cautious in our optimism about the potential for widespread civic friendship in the United States. In King’s mind, the 1964 adoption of the Civil Rights Act and the Voting Rights Act of 1965 completed only the ‘first phase’ of the freedom movement. After this, King planned to launch a second phase, which involved the struggle for ‘economic equality’ and would ensure that everyone had a basic level of income and access to reasonable healthcare, education and fair housing – the background conditions for a more deeply felt sense of trust and civic friendship.

This second phase received little support from white moderates of the North. In the white communities in Chicago, where marches for fair housing were taking place, King’s so-called liberal friends cried out in ‘horror’ and ‘dismay’, as he put it, claiming that King was creating ‘hostility’ and ‘hatred’, while telling him: ‘You are only developing a white backlash.’ In the end, King’s dream of economic justice remains unfulfilled and the promise of distrust and genuine civic friendship continues to be elusive.