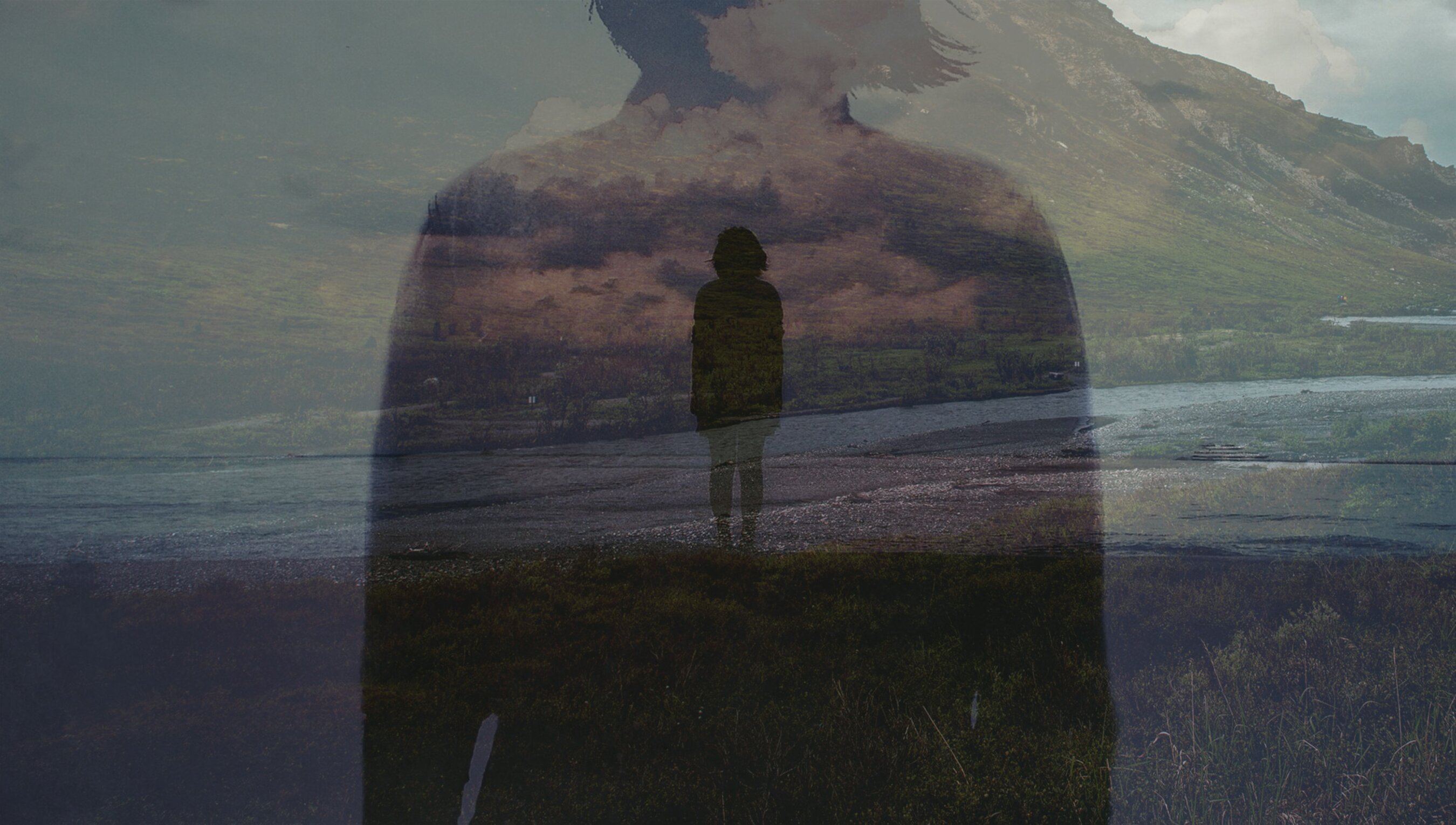 is a PhD candidate in the Department of Philosophy, Logic and Scientific Method at the London School of Economics and Political Science. She lives in London.

is an associate professor in philosophy at the London School of Economics and Political Science, and principal investigator on the Foundations of Animal Sentience project. He is the author of The Philosophy of Social Evolution (2017).

You’ve lost a habitable Earth. You’ve lost the invitation to live that the Universe extends to us at every moment. You’ve lost something that people don’t even know is. That’s why it’s so hard to explain.

This is one person’s experience of living with depression, as recounted in the psychologist Gail Hornstein’s book Agnes’s Jacket (2009). If you ask someone to describe what depression is like, they will often struggle to put it into words. We know a lot of the symptoms, but we still don’t understand the nature of the illness. We are like someone who knows that a fever, a cough, and loss of smell are all symptoms of something, but has no idea about the virus that causes them.

People who’ve never been through depression might assume it’s just an extreme form of feeling low. Don’t we all find that our daily activities can sometimes lose their sparkle? Yet, accounts of people with depression point in a different direction. As another person said to the psychologist Dorothy Rowe, recorded in her book The Experience of Depression (1978): ‘I awoke into a different world. It was as though all had changed while I slept: that I awoke not into normal consciousness but into a nightmare.’

Such reports support the idea that depression stands apart from other forms of everyday experience, as the philosopher Matthew Ratcliffe has emphasised in his book Experiences of Depression (2015). Depressed people often say it involves a fundamental shift, like entering a different ‘world’ – a world detached from ordinary reality and other people. Depression seems to be a more totalising kind of experience than some others. Perhaps it is even a distinct state of consciousness, and can, in turn, reveal something about the nature of consciousness itself.

The self-reports of people with depression point to a deep and interesting connection with consciousness. To make sense of this idea, think about the effect of sleeping and dreaming on your mental life, or the experience of emerging from dreamless sleep into wakeful consciousness. In these transitions, our consciousness undergoes a profound structural shift. Consider, for example, how your experience of the passage of time when dreaming diverges from your experience of time when awake: we frequently experience days and weeks passing in a dream in the space of a few waking hours. Similarly, our sense of self and identity is highly malleable in the dream: we sometimes perceive ourselves from the ‘outside’ looking down at our bodies, dream of being someone other than ourselves, or dream of being detached from a body altogether.

Similar sorts of structural changes to conscious experience occur after taking psychedelics. Examples include the well-documented phenomenon known as ‘ego dissolution’ – the breakdown and loss of self in its entirety – or the dramatic warping of space in the psychedelic state. In both dreams and psychedelic states, people report robust, wide-ranging alterations that disturb and alter not only their sensory experiences but their conception of themselves and their connection to reality and other people.

Neuroscientists and philosophers of consciousness have recently coined a new term – the global state of consciousness – to describe the structural properties of experience that varies between ordinary wakefulness, dreaming, the psychedelic state and the minimally conscious state. These states are called ‘global’ because the whole of conscious experience is altered, not just a particular element. The fine detail of what we experience in everyday waking life changes all the time (sounds, colours, odours all come and go), but the structure stays largely fixed: I feel myself to be present in the world, at the centre of an integrated, coherent point of view; time carries on flowing at the same rate; space has the same geometric structure. The global state is this overarching structure and ordinarily stays constant as particular experiences pass us by. When we dream, take psychedelics or suffer a brain injury, this structure can be altered, and we enter a different global state.

Could depression belong in this family too? What people with depression describe as their ‘world’ or their ‘nightmare’ might be a distinctive global state, in which some of the structural pillars of ordinary experience (such as the sense of self, space and time) are distorted. Not a ‘dream’ or a ‘trip’, but a state that belongs in the same group.

One clear and telling theme in reports of depression is the idea of inhabiting or falling into another ‘world’ or ‘place’. ‘For me, depression was a place,’ wrote the late journalist Sally Brampton in a 2003 article in The Telegraph. ‘The landscape is cold and black and empty. It is more terrifying and more horrible than anywhere I have ever been, even in my nightmares.’

We’d suggest this talk isn’t merely metaphorical. While depressed people are not literally in a different world, they are in a different state of consciousness – one they can become awake to and, hopefully, awake from.

Seeing depression along with other altered global states of consciousness is a theoretical rather than a clinical shift – but it could make a difference to how we treat depression further along the line. In particular, the idea can shed light on the success of psychedelic psychiatry, a recent and growing research field, which looks to treat various mental disorders with psychedelics such as ketamine, mescaline and psilocybin (the active ingredient in magic mushrooms). While psychedelic psychiatry is still in its early days, initial results for depression have been promising, and major research centres have now been set up at Imperial College London and Johns Hopkins University.

Many of us have dreamt or been drunk or high. We know about other alterations to the structure of experience

The idea is that psychedelics might work to reset or reboot a patient’s global state of consciousness. On this hypothesis, being depressed is like being stuck in a dream from which you cannot wake. Psychedelics are the jolt that finally wakes you up. As Brampton wrote in her memoir Shoot the Damn Dog (2008): ‘It is like living through a waking nightmare. What we most want is somebody to take our hand, to try to connect us back to the world.’

Another theme in reports of depression is fear and alienation arising from a lack of understanding. The depressed person knows something bad is happening, but they don’t know what this is or what is causing it. Being unable to describe or relate what is happening, whether to yourself or others, can be particularly distressing. ‘It’s so difficult to describe [depression] to someone who’s never been there because it’s not sadness,’ said the author J K Rowling.

For people living with depression, can thinking about their illness as a global state of consciousness provide any immediate assistance? Knowing that you’re in an altered state of consciousness won’t make that state go away, but it might help you make sense of your experience, and recount it to others. Not everyone has been depressed, but many of us have dreamt or been drunk or high. We know about other alterations to the structure of experience, and so might have a bridge to grasping what is happening to our friends and loved ones.

We need to move away from the common but mistaken view of depression as a form of sadness, which people can simply ‘pull themselves out of’. Seeing depression as a global state moves us in the right direction. The global state stays the same while specific experiences, including emotional experiences of joy and sadness, come and go. Particular emotions are like particular events in a house, whereas depression changes the structure of the house.

Consciousness science should be able to shed light on depression – but the reverse is true too. It’s well known that ‘abnormal’ states of consciousness, such as dreaming or the psychedelic state, allow us to better understand the features of the ‘normal’ state that a healthy person occupies when awake. By distorting the experience of time, space and self, for example, we can learn about what is involved in the ordinary grasp of time, space and self. Yet, researchers have long faced a problem: the changes wrought by psychedelics are so dramatic that the intervention is a crude one, like taking a sledgehammer to the ordinary conscious state. The differences between dreaming and wakefulness can be less obvious, but a sleeping subject can’t report directly and reliably on them.

This is where the depressed state could be valuable. It involves sometimes subtle changes to ordinary wakefulness – more like the work of a scalpel than a sledgehammer – but that can be probed by interviewing people. As a result, the depressed state could be incredibly useful for exposing elusive aspects of the conscious waking state that we often take for granted. For example, by examining the changes to a depressed person’s experience of time, space and self, we come to better understand how time, space and self contribute to our ordinary experience of the world.

The psychologist Andrew Solomon hints at some of these transformations in his memoir The Noonday Demon (2001):

When you are depressed, the past and future are absorbed entirely by the present moment, as in the world of a three-year-old. You cannot remember a time when you felt better, at least not clearly; and you certainly cannot imagine a future time when you will feel better. Being upset, even profoundly upset, is a temporal experience, while depression is atemporal. Breakdowns leave you with no point of view.

Paying attention to ways in which depression alters our lives could lead to interesting new hypotheses about the function(s) of consciousness – what consciousness does for organisms. What can a person do in their ordinary state of consciousness that they can no longer do as well in a depressed state, or vice versa? How do these structural changes to time, space and self affect other mental activities? This will be an exciting direction for the next generation of philosophers and consciousness scientists.