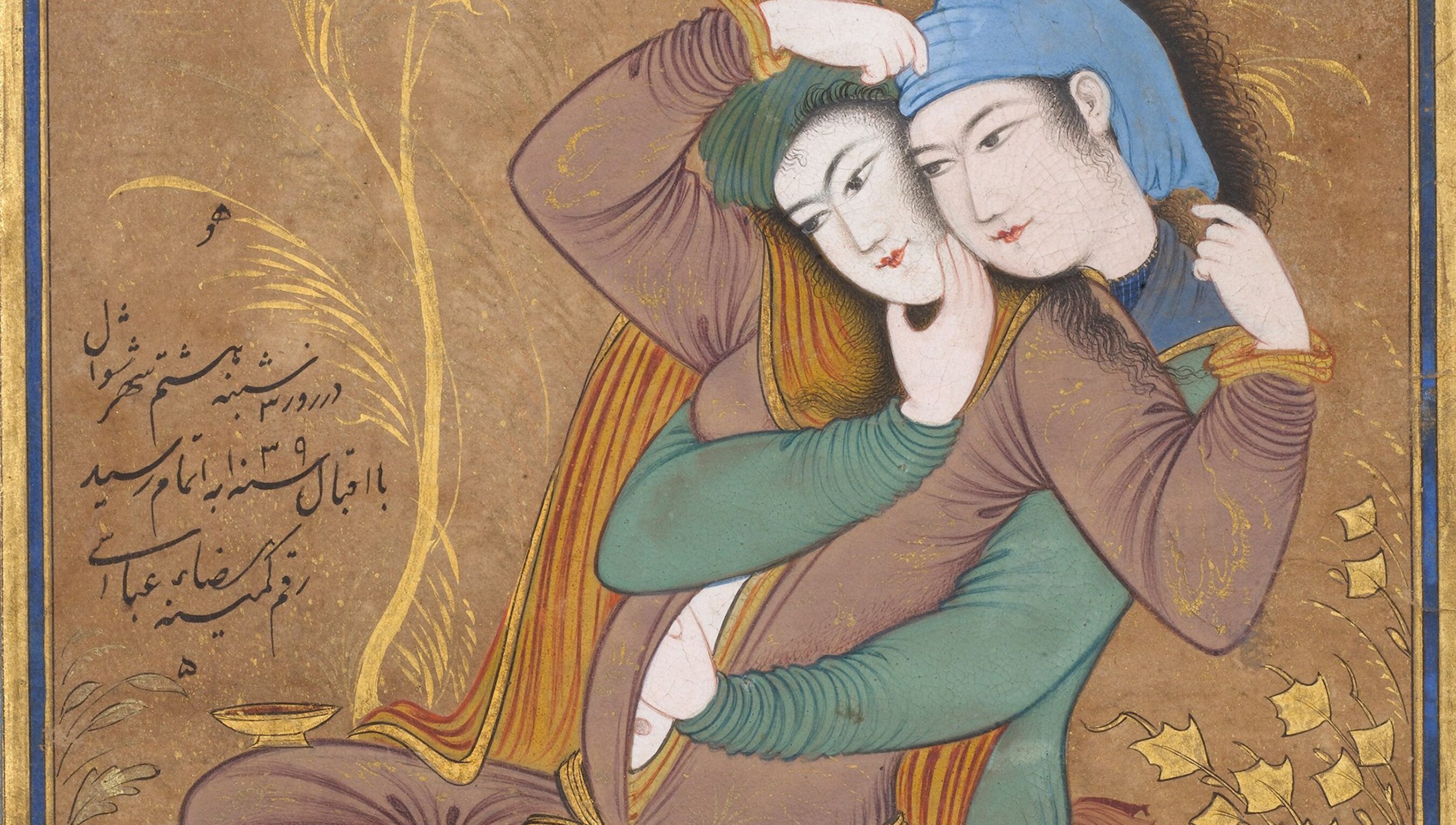 teaches psychology and philosophy in Cairo, specialising in Arabic literature and philosophy. She is interested in gender studies, metaphysics and language.

For a generation or more, we have heard about the ugliness and terror of Islam. There’s been a narrative of absolute oppression surrounding Islam, especially concerning how feminism and sexual and reproductive rights are somehow part of a foreign agenda that is anti-Muslim. The Taliban, for example, claim to be ‘protecting’ Afghan women from the intrusions forced on them by the imperialist West. Their version of ‘protection’ entails, of course, a rollback of all the efforts to empower or educate women because they are incongruent with their Islam.

Another example of less extreme interpretations of Islam that are nonetheless still seen as preventing Muslim women from fully acquiring the autonomy they deserve is that women don’t inherit equally to their male counterparts; a law that aims to rectify this is being currently discussed in the Egyptian parliament. In some countries, such as Saudi Arabia and Qatar, as well as some Egyptian villages, and even within some Muslim communities in Europe and the United States, women aren’t able to travel freely, pursue higher education or, in some extreme cases, even seek immediate medical attention without the consent of their male guardians.

Muslim women are still fighting for the right to be fully assimilated in the public space, undeterred by those calling for them to stay in the home. When this is the milieu in which Muslim women are currently forced to exist, then perhaps we must appeal to our historical grounding to validate our public presence, and provide our evidence to the rest of the world that Islam shouldn’t be defined by the narrow perceptions of the ideologues. Once, Islam entailed a pioneering spirit of openness and freedom that is now sadly extinguished.

Feminism has become in many circles a dirty word. A concept that was propagated by the West will always be viewed with distrust, a front for imperialism and finally, inevitably, rejected as a bid‘ah, an innovation. In the US, discussion is under way to ban abortion, jeopardising decades of female autonomy and reproductive rights. Meanwhile, historically, Islam has granted women the right to abortion under certain conditions – yet if a Muslim person dares to speak about this, they will be automatically charged with being Westernised and decadent. The truth is that any attempt to achieve Islamic progress must primarily emanate from Muslim history. It must be a continuation of the efforts of Muslims; of those who preceded us. Among them are former lovers who were intoxicated with divine love and saw its manifestation mirrored in human relations: lovers such as Muhyi al-Din Ibn al-‘Arabi, the 12th-century Andalusian Sufi scholar, whose writings have inspired many worldwide ever since. Ibn al-‘Arabi believed that sexuality is the metaphysical path, par excellence, towards the divine.

Sexuality has always been a central issue even within orthodox Islam. As a non-Muslim man once explained to me: of course men want to embrace Islam – they get to take four wives! Needless to say, polygamy is one of the most popular and widely publicised characteristics of our religion. Men, who can’t be expected to control their unrelenting lust, are allowed not only to marry up to four women concurrently, but could also keep as many concubines as they chose, back in the day. This sexual positivity was normalised, codified in law, and granted to men – but it didn’t exactly extend to women, or not in the same way at least. Rather, the sexual core of orthodox Islam has been manifest in shrouding women with garbs that conceal any elusive signs of femininity that could arouse base desires in the feeble hearts of men. In this view, women were condemned for their sexuality, and sometimes this sexuality was utterly eradicated – whether metaphorically, by assuming that women aren’t entitled to sexual feelings, or physically, which in some extreme cases led to female genital mutilation, even if the practice is outlawed in Egypt, for example, and is repudiated as un-Islamic by al-Azhar and Dar al-Iftaa, the most prestigious Muslim institutions in the region. This sordid form of thought still reigns over women’s lives and is allowed to mutilate women’s bodies.

These pervasive conceptions enshrined for me the idea that spirituality and sexuality, at least for women, are two separate spheres that can meet only to collide. Even if my household – mainly constituted of women, except for my father – didn’t diligently impose restrictions on interactions with the opposite sex or enforce a certain kind of attire, still the shadow of fear that good Muslim girls should strictly adhere to stern teachings caused a form of internal dissonance. I was perplexed and torn, with the calm feeling inside my home starkly contradicting what was mandated to me outside it. This is why I found myself naturally gravitating to the Akbarian realm, based on Ibn al-‘Arabi’s teachings, where the religion of love usurps the religion of fear.

Ibn al-‘Arabi presents an understanding of women and sexual relations at odds with much of today’s Muslim orthodoxy. For him, sexual union is the multifaceted path towards witnessing the imminent divine presence. It is a path that allows humanity to know, to be and to witness His presence in the multiplicity of His existence. Ibn al-‘Arabi sees feminine and masculine elements that suffuse all existence, and the yearning between woman and man parallels this quality of the Universe. For Ibn al-‘Arabi:

The synchronicity between feminine and masculine elements in the cosmological or ontological realms creates an impenetrable circle of life through complimenting masculinity with its Other. Here, Ibn al-‘Arabi’s thought has roots in ancient Greece, especially in Plato whom Ibn al-‘Arabi calls a sage. The relationship between masculine and feminine isn’t one of utility for Ibn al-‘Arabi – rather, it is one of unison and complementarity, where each is drawn to the other because of the apparition of a memory of prior unity. The ancient story of creation offers clues about the flames of desire between feminine and masculine.

Women and men both seek, with vehemence, a unity that fulfils their original teleology, which culminates in sexual union

In The Bezels of Wisdom, Ibn al-‘Arabi wrote:

Man and woman both recollect the androgynous prototype of the being they once were. The feeling that man has towards woman is one of lack, where the whole yearns for its part, while woman’s feeling is that of a being severed from her origin, her home. Man signifying home for a woman marks a reversal of the Western philosophical depiction, where women were associated with home ever since Aristotle’s distinction between the public and the private realm placed man in the public space and woman in the private, or home. This is opposite to the Akbarian situation, where man is associated with the home. Though Ibn al-‘Arabi’s associations emanate from the ‘archaic’ primordial story of creation, he presents the feminine and masculine as an organic duo who desire each other with the same intensity. Women, in Ibn al-‘Arabi’s reading of this story, do not reach out to men due to society’s patriarchal structures, which inform them that their public presence isn’t welcomed. Women and men both seek, with vehemence, a unity that fulfils their original teleology, which culminates in sexual union.

For Ibn al-‘Arabi, sexual intercourse isn’t merely about the orgiastic union of feminine and masculine whose lust drives them to unite on the physical realm. It also ushers an opening towards the metaphysical horizon that mimics the initial act of creation. Describing the sexual union as divine, he wrote:

The greatest union is that between man and woman, corresponding as it does to the turning of God toward the one He has created in His own image, to make him His vicegerent, so that He might behold Himself in him.

Within this union of feminine and masculine, an intimate space opens – one that is both creative and interpretive. Because in this communal horizon of intermingling, feminine and masculine identities are constantly reinterpreted rather than abolished. Instead, their relation is dialogical, since in their yoking together there is no domination of one over the other. Enmeshed as one in fleeting orgasmic pleasure compels the question ‘Who am I?’ within the bewilderment of sexual ecstasy. Ibn al-‘Arabi emphasises that the pleasure one experiences is the pleasure of encountering the divine.

Thus, it is the face of the divine veiled from the eyes of humanity that calls us to unite on the physical plane to approach through orgasm the beauty and awe that can be experienced in the divine presence. It is through pleasure, happiness and the dizzying heights of ecstasy that we were meant to experience the sweetness of faith.