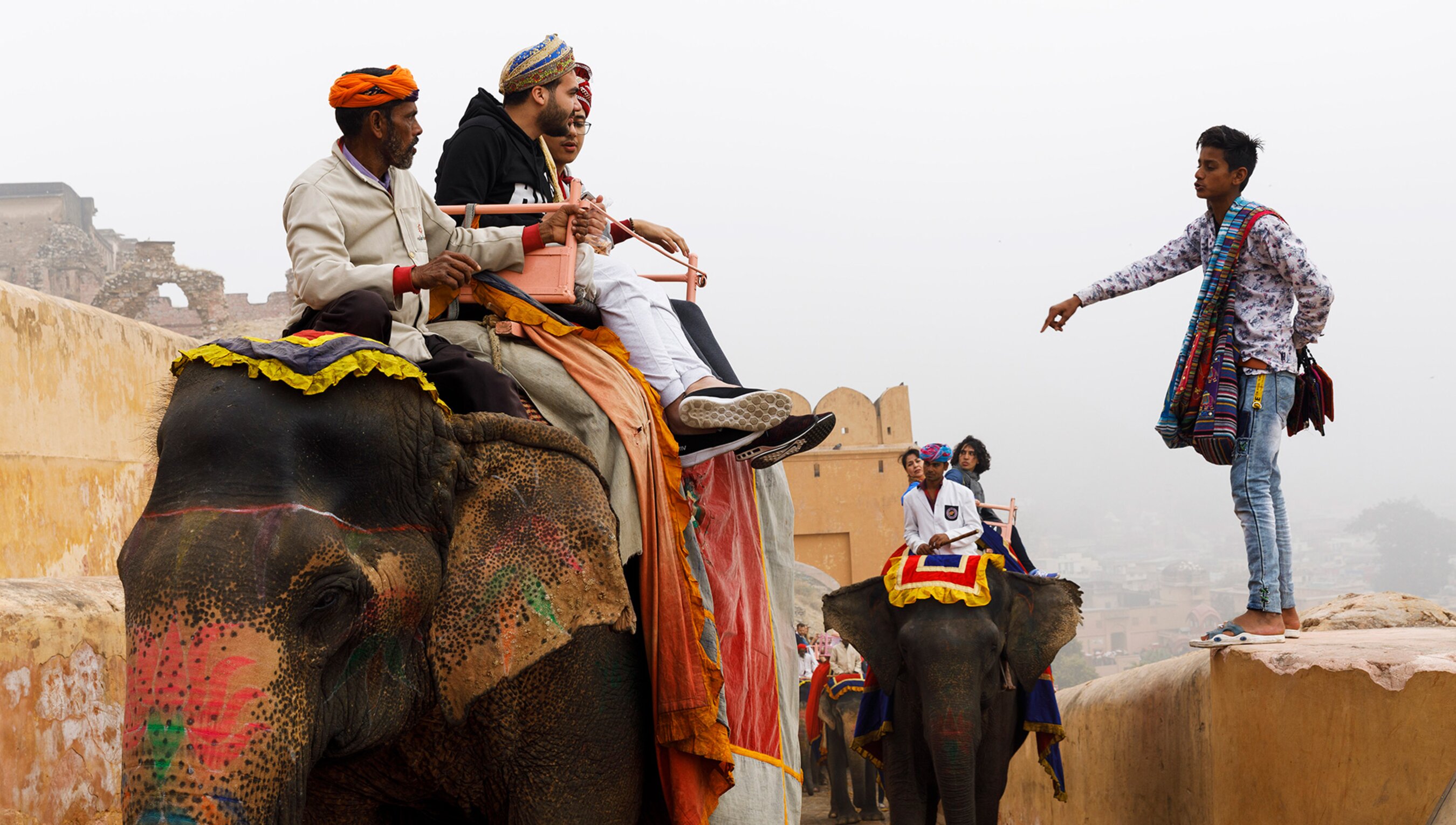 In Nyāya philosophy, only some debates are worth having

In premodern India, debates were entertainment in courtly settings, a sport for profiteers and clever men who enjoyed a quick turn of phrase or put-down. Successful debaters gained followers, fame, even wealth. Those pragmatic aims intertwined with nobler ones: religious believers and nonbelievers debated over deep religious truths. Both inside and outside religious traditions, participants sparred over controversies with significant social implications. Even the efficacy of medical cures was hard-fought in the debate arena.

During the 9th to 10th century CE, Vācaspati Miśra, an Indian philosopher who was part of a Hindu tradition called ‘Nyāya’ (or ‘reason’) argued that debate benefits society when it aims for truth. He thought, too, that debate helps us humans achieve ultimate happiness in our short, fragile and often painful human lives. But if debate has such noble aims, should we care about winning or losing? And if debate leads us to the truth, should we always debate everyone, everywhere? To understand Vācaspati’s answer, we must first understand the Nyāya philosophy of debate.

For Nyāya philosophers, we acquire ultimate happiness by ending the self’s painful cycle of rebirth, its journey from life to life, always bound to our past actions. Before we can end this cycle, we must rid ourselves of ethical vices. And this requires knowing the truth. This is why, for Nyāya thinkers, a certain kind of debate is important, as it helps us learn the truth. This truth-seeking debate is called ‘discussion’ (vāda). This required putting forward your own thesis and criticising a contrary thesis through a specific type of inference designed to convince your opponent of the truth. Discussion was hardcore, technical stuff. Still, Nyāya discussion for truth doesn’t use obtuse language. Its goal isn’t rhetorical trickery but making someone know something. If the components of inference are in place, and the thesis presented is true, then your conversation partner would actually come to know the truth. But to work, that inference must have certain necessary components, put together in a particular form.

One component part of Nyāya inference is a reason that both parties agree with. It’s a fallacy to use controversial or unproven reasons – a fallacy which, if you’re caught out on it, would disqualify you in a debate. Vācaspati discusses the example of an argument about the nature of sound based on it not having certain characteristics. But the problem is when the interlocutors don’t agree on whether those characteristics are decisive – just as light can be a wave or a particle, there’s an open enquiry about what to conclude from the observation. Until the controversy is settled, Nyāya philosophers reject any argument about sound based on these particular features. So when those engaged in a discussion have opposing views, they are to put forward their best evidence in a convincing way. Even while challenging each other, they draw each other in. Bridge-building is, in some sense, built into discussion for the truth.

And agreement wasn’t always easy to come by for Indian thinkers. There was intense disagreement over religious texts foundational for much of society’s structure, the Vedas. For example, Buddhists rejected these texts and – depending on which scholars you believe – much of the societal structure that came with them. They also interpret ordinary experience differently than Nyāya philosophers. Think there’s a coffee cup over there? For some Buddhists, that cup is not a cup but a construction of your mind. For others, it’s merely a cluster of atomic bits you call a ‘cup’. Think you have a self? Not so fast, says the self-denying Buddhist.

And yet, despite the chasm between them, we have evidence that Buddhists and Nyāya philosophers debated, in person and through generations of written conversation. So are Nyāya philosophers premodern free-speech absolutists, for whom the desire for unbridled debate is above all else? Is debate for them an almost salvific activity, to be entered into with all comers, at all times? Would they, for instance, agree with the signatories of a recent letter to Harper’s who argue that restricting debate ‘invariably hurts those who lack power’ and that the ‘way to defeat bad ideas is by exposure, argument, and persuasion, not by trying to silence or wish them away’?

For Vācaspati and other Nyāya philosophers, debate works only under certain conditions. It won’t always, everywhere, for everyone, result in a turn towards truth. In the background to Nyāya thinking about debate are older texts, such as Caraka’s Compendium, which urges medical experts to consider their own rhetorical and intellectual abilities, the hostility or friendliness of the audience, and the abilities of their interlocutor, before agreeing to a debate. Vācaspati adds additional dimensions to this calculus: the ethical stakes and the moral qualities of one’s conversation partner. And he draws the lines for our dialectic practices by distinguishing between three kinds of debate: discussion (vāda), disputation (jalpa) and wrangling (vitaṇḍā). Vācaspati used these categories to work out how debate’s practical aims (victory, material gain) are related to its epistemic ones (convincing, truth-seeking).

Discussion involves two truth-seekers coming together to learn from one another. For instance, students and teachers engage in discussion. But sometimes debate participants are focused only on winning, are prideful about their supposed ‘knowledge’, aren’t responsive to facts, and are looking for money or fame. Vācaspati points out that sometimes debate occurs between such less-than-honest interlocutors in front of powerful people who hold sway over large populations. In India, this was the royal court, where the winner might influence the establishment of a religion by decree. Today, this could include the court of social media, where powerful, Tweet-happy politicians influence society with a click of a mouse.

In his context, Vācaspati allows you to stoop to an apparently lower standard of rationality: faced with a powerful person spouting dangerous falsehoods and misleading people who depend on them, you might use fallacies to ‘refute’ them. This is the second kind of debate, known as disputation (jalpa). In disputation, whether your argument is genuinely good matters less than its ability to convince the watching judges or crowd. Twist your opponent’s words, read them literally instead of metaphorically, engage in bad reasoning – it’s all fair game in a disputation. Of course, returning fallacy for falsehood might not be a robust way of undermining a lie, but it could convince an easily swayed audience.

Should a virologist agree to a debate with a vaccine sceptic?

You could even engage in a third form of debate, wrangling (vitaṇḍā) – putting forward no position, but leaving that aside for the sake of merely knocking down a dangerous person. Wrangling is often condemned as a performative contradiction: one can’t truly lack a position when arguing against someone else. Why would you criticise someone’s view if you didn’t think the opposite, or something close, were true? Imagine arguing against a flat-Earther, painstakingly showing their fallacious use of science and their cherrypicking of evidence. When they ask: ‘And what do you think?’, you shrug. You’re just playing devil’s advocate. Nyāya thinkers find this attitude, which they identify in some Buddhists, dubious. A wrangler is a kind of sceptic lacking any intellectual core. Today we might think of trolls, the kind found in the darker corners of the internet, meme-generators who seem to lack any position of their own, having only glee in attacking others.

Taking up either strategy, disputation or wrangling, is risky and could backfire. If a judge identifies your fallacies, you lose the debate. Worse yet, your audience will conclude that your opponent is right. In Vācaspati’s view, when high-stakes debates occur over moral issues, if an audience is swayed, this could damage the correct order of things in a profound way. So when should a truth-seeker engage in debate with an opponent who holds opposing views, views they find morally reprehensible and potentially dangerous? Academics face this situation now and again: should a virologist agree to a debate with a vaccine sceptic? What if that debate were to be held at a local middle school, where the audience is young students without the relevant education to identify bad science? For Vācaspati, the answer is that our debate practices depend on our circumstances.

In considering what to do, Vācaspati considers the ethical views of his opponents, worrying about the ‘collapse of righteousness’ (dharma-viplava) in the situation where a malicious debater argues in front of powerful people. Yet he doesn’t draw hard-and-fast lines about whom to debate based just on their views. Those people who seem to have no position of their own? They’re welcome to join into discussion of the truth, if they’re genuinely interested in learning. And those people whose views challenge your religious perspective? Nyāya philosophers famously oppose Buddhists who don’t just disagree about abstract metaphysical ideas, but who challenge the religious orthodoxy of the day. And yet, over time, Nyāya thinkers engage with, and even learn from, their opponents.

Vācaspati doesn’t offer a flowchart about whom to debate and when. But in prioritising debate for truth, this Nyāya philosopher encourages rational discussion that finds common ground even in intense disagreement. When a conversation partner ceases to participate in the joint project of truth-seeking, playing by different rules, losing any sensitivity to reality, Vācaspati thinks we have a choice. We can meet them at that level with disputation or wrangling. But that strategy comes with risks and, as Vācaspati warns, it shouldn’t be done for fame or profit. It’s a defensive move most appropriate for gullible audiences, one compared to putting up thorns around young plants.

Ideally, through rational training – of the sort that Nyāya offered – people would become less gullible, growing into hardy plants immune to bad reasoning. In that case, recourse to disputation or wrangling is unnecessary. Truth-seeking discussion could draw out the best reasons for and against any particular position, convincing the open-minded of what is right. But when society is like a tender sprout, vulnerable to fallacies and persuasive sophistry, debate over high-stakes moral issues isn’t always the best option, because the conditions for truth-seeking discussion to take hold are missing. At that point, perhaps Vācaspati would encourage a more rudimentary focus: teaching principles of reason to prepare the soil for advanced debate.