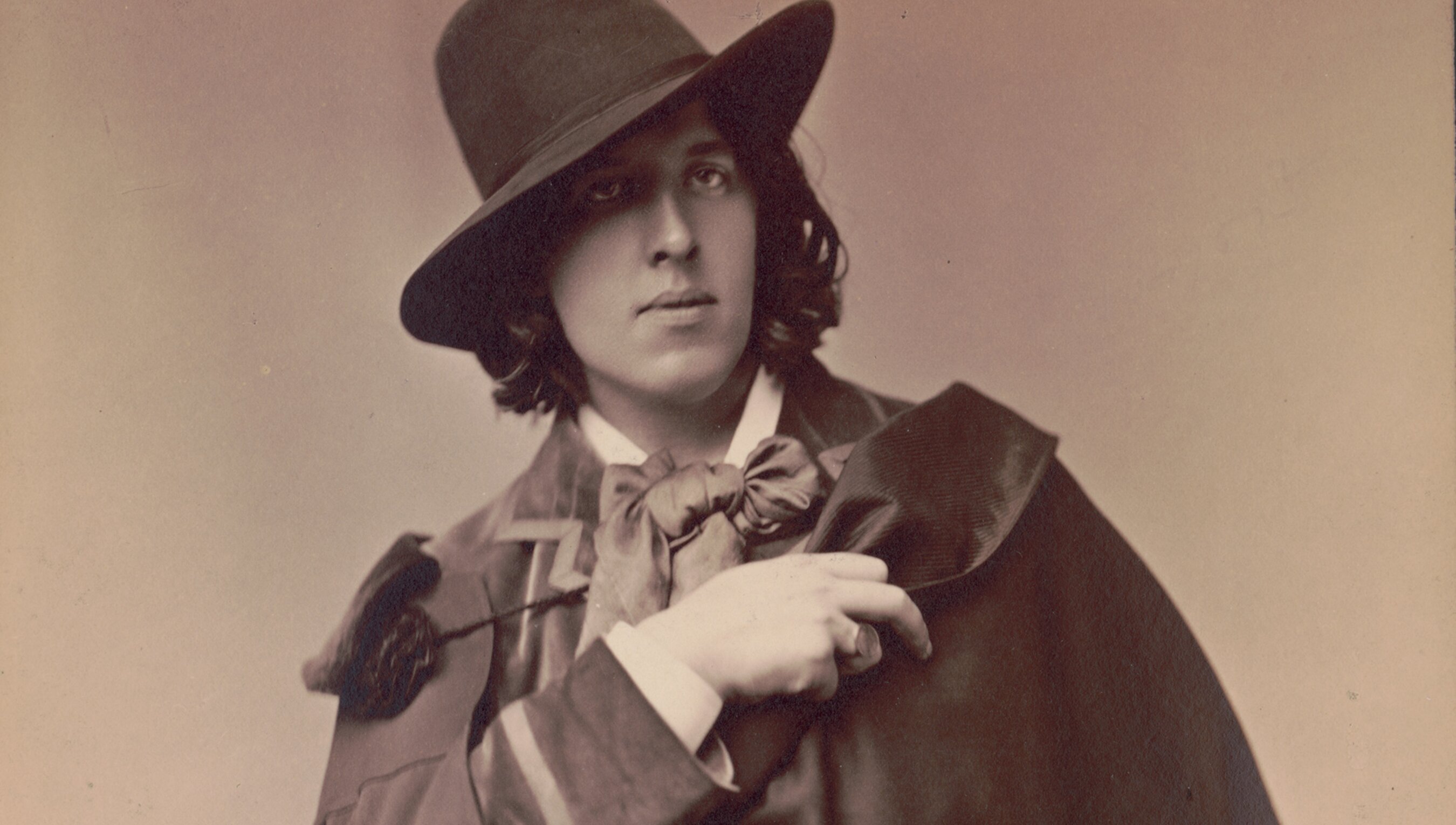 is a Leverhulme Early Career Fellow in the Department of English Studies at Durham University and an AHRC/BBC New Generation Thinker. She is the author of Hard Language: Stevie Smith and the Aphorism (forthcoming, 2021) and A Flat Place (forthcoming, 2023).

Neither the sun nor death can be looked at steadily.
– from Reflections: Or Sentences and Moral Maxims (1665) by François de La Rochefoucauld (1613-1680)

At first glance, the form of the aphorism – a short text, of the sort that pops up everywhere from the Bible to Noël Coward – seems authoritative. It promises a universal truth, pithy wisdom, summed up with piercing snap. Aphorisms declaim their opinions, admitting no doubt. The poet W H Auden described them as ‘aristocratic’, signalling power, confidence and prestige. Many aphorists – La Rochefoucauld, for instance, the 17th-century nobleman who wrote maxims – were indeed wealthy or influential. Or Wilde, son of the philanthropist Sir William Wilde, whose poised, polished witticisms seem to bear the marks of his prosperous upbringing, and register an expectation to be heard and admired.

The critic Susan Sontag underlined the same point in her diary of 1980: ‘Aphorism is aristocratic thinking: this is all the aristocrat is willing to tell you; he thinks you should get it fast, without spelling out all the details.’ But this isn’t quite right. Part of the charm of the aphorism, and mystery, is that it doesn’t really expect its audience to ‘get it fast’, or even get it at all. Its slick form sets out to confound and stymie as much as educate.

This mystical quality is partly, as Sontag notes, a power move. But why else might aphorisms not always want to be heard? What sort of speech, and by whom, might deliberately avoid being heard, registered or fully understood?

The qualities that make aphorisms sound aristocratic also fit them, ironically, to the uses of the powerless. Aphorisms make their points quickly and strikingly. This makes them suited to the way that women and minorities have long had to speak. Women are interrupted more than men are in conversation. To be registered, the speech of the marginalised needs to be both brief and thunderous. As the author of the medieval work The Cloud of Unknowing put it: ‘Short prayer penetrates heaven.’ Advice circulates today, on social media, about the pithiest ways for women to complain or express themselves in a way that, in a patriarchy, might change minds.

If brevity and aphorisms lend themselves to fighting misogyny, why are so few aphorisms attributed to women (with exceptions, such as the poet Dorothy Parker)? Why is the form dominated by men? Perhaps short texts by women have tended, historically, to be anonymous – absorbed into the wider, less prestigious form of ‘proverb’, and circulated without attribution. If we read a line such as ‘A cat may look at a king’ in a collection from an 18th-century aphorist such as Vauvenargues or Chamfort, we’d admire its multilayered brilliance – yet, because it’s categorised as a ‘proverb’, we barely give it a second glance. The association of the aphoristic and the powerful is so strong that we can simply fail to see aphoristic women and their work.

Resistance to being seen, or heard, is a part of how aphorism works. Often, we’re so bowled over by the slickness of an aphorism that we don’t actually register what it’s saying. The sound of the sentence impresses us before our mind has caught up.

The most attractive sentences are not perhaps the wisest, but the surest and soundest.
– from the 1842 journal of Henry David Thoreau (1817-62)

The act of quoting aphorisms, giving voice to their ‘sureness and soundness’, is pleasurable. It often outweighs the meaning; we might barely notice when a glossy aphorism expresses a dull or incorrect idea.

Strangely, while aphorisms can be striking, the gloss of aphoristic form can offer an excuse to not actually listen to the texts. Aphorisms can offer a space in which one might express a serious message, but make it unhearable or unusable.

Many writers of aphorisms – while publishing and publicising other works – wrote aphorisms in secret, or left them unpublished. After Wilde and Nietzsche, aphorisms seem an offensively self-aggrandising, distinctly public form. But the German satirist Georg Christoph Lichtenberg wrote his aphorisms privately, and Blaise Pascal’s Pensées remained unpublished during the French philosopher’s life. Titling his aphorisms ‘Waste’, Kraus staged the discarding of his own aphorisms even as he published them.

If it’s screaming, it’s screaming into a pillow; if it’s release, it’s unscrewing a fizzed-up bottle a tiny, dramatic bit at a time

Aphorism, in other words, allows its speakers to use it as the site of an open secret. Pain, for instance. Everyone has it, most people want to talk about it, yet no one really wants to hear about it. Talking about one’s pain makes one boring and embarrassing. It imposes on the sympathy and energy of others. The pithy turn of aphorism, however, lets one talk about pain without making emotional demands. So when Auden wrote in 1956: ‘A suffering, a weakness, which cannot be expressed as an aphorism should not be mentioned,’ his point was partly about the importance of making the particular general – aphorisms tend to abstract into universal truths – but along with this abstraction comes a sanitising of individual suffering that relieves the listeners of having to sympathise. They can instead laugh, or nod along sagely.

Pain can, in this way, be safely expressed – especially structural pain, pain about which no individual can do anything – without inviting an accusation of moaning. One can speak without risking oneself.

Carefully polished speech, like the aphorism, signals an effort toward emotional regulation. Its affects have been managed, corralled. If it’s screaming, it’s screaming into a pillow; if it’s release, it’s unscrewing a fizzed-up bottle a tiny, dramatic bit at a time. Release occurs but is controlled. Boundaries are placed around the feeling; it can be expressed without placing demands on the listener.

We can sometimes assume that dialogue is always productive: that the marketplace of ideas weeds out bad ones. But there are also questions around dialogue, possibilities that it might not be useful: that logic isn’t enough to change people’s minds, or to override their instinctive allegiances.

How few things can be demonstrated! Proofs only convince the mind…
– from the Pensées of Pascal (1623-62)

When one loses faith in dialogue, speech can become indifferent to its audience. It doesn’t expect to change minds, but finds relief in the act of expression. The polished boundaries of aphorism signal that dialogue is unwelcome; no reply is necessary.

The brevity of aphorisms, then – refusing both explanation and dialogue – can either be a power move or in fact a lack-of-power move: a way of expressing oneself safely by remaining unheard. But what are the ethics of this mode of unhearable speech? Is aphorism a powerful venue for minoritarian speech – or a way of supporting the status quo, by refusing dialogic confrontation? Perhaps both. Aphorism makes explicit an urgent contemporary problem: that we live within political and plutocratic structures that are unthreatened even by the revelation of new information or insights. If I can’t change your mind, signals the aphorism, at least I can protect myself, and express myself, with hard rhetorical boundaries.

Stories and literaturePoetryStigma and taboo
1 June 2021