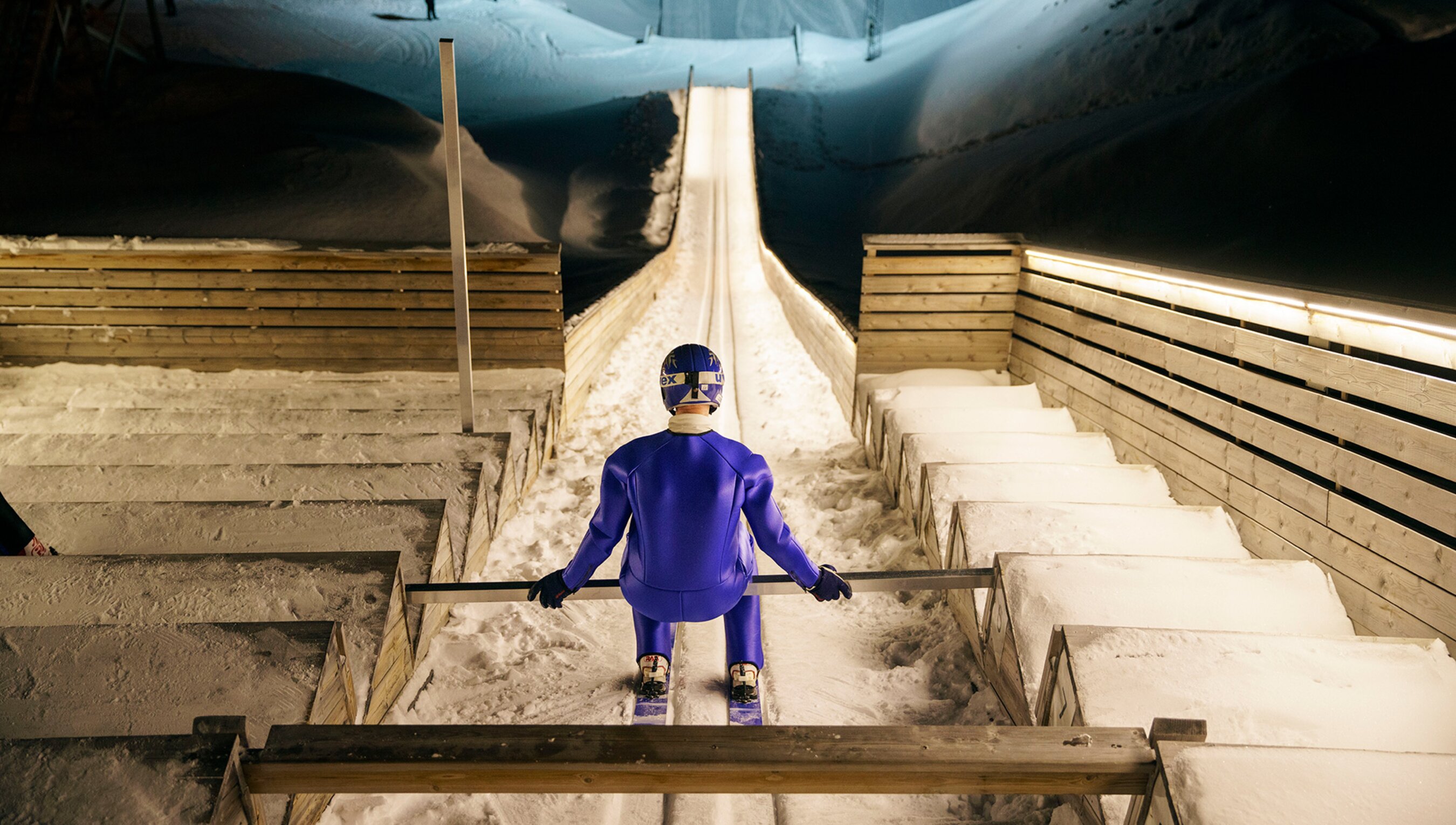 is an affective scientist, and professor and head in the Department of Psychological and Brain Sciences at Texas A&M University. Her research focuses on emotions as the foundation of cognitive and social processes, particularly how people think about their futures. Her work has been covered in multiple outlets such as Wired and Business Insider, awarded by the American Psychological Association, and supported by the National Science Foundation and the John Templeton Foundation working group on Virtue, Happiness, and Meaning in Life.

These days, we hear a lot about the supposed benefits of positive thinking, with an ever-increasing number of apps and social media platforms claiming to help promote our happiness and optimism. This focus has partly arisen from decades of research showing that positive thinking benefits our physical and mental health. Promoting positivity and optimism sounds laudable, but you might have wondered if it’s overly simplistic – after all, what about the possible costs?

If people always expect to reach their goals and for the future to be bright, doesn’t that risk complacency as they sit back and wait for the good things to happen? And what if they fail to reach their goals? Won’t they feel intensely disappointed because they had such positive expectations? My colleagues and I sought to address these questions in our recent research. Together with work by others, our findings suggest ways you can benefit from being optimistic about your goals, while minimising the costs.

Our specific project grew out of decades of research showing that expectations matter for people and that, on the whole, people are often overly optimistic. What you expect to happen in the future drives your decisions. This is true for small decisions, such as whether or not to bring an umbrella based on the likelihood of rain. It is also true for more consequential decisions, such as choosing a career path based on the likelihood of success and satisfaction. Your expectations about the future affect whether or not you pursue a goal, how much effort you put in, and when you give up. Your expectations also impact your emotions. People feel good when the future looks like it will align with their desires and feel bad when the future looks bleak or when hopes are suddenly crushed by failure.

Even though expectations about what is likely in the future are critical to choices, they are often wrong. What’s more interesting is that they are consistently wrong in being too optimistic. On average, people expect good things to happen and bad things to not happen, and these optimistic beliefs are more positive than can be justified by reality.

Most people’s unrealistic optimism applies to everything from acing a test to avoiding unemployment or a favourite sports team winning the game. Your desires for good things to happen lead you to believe that what you want is likely to occur. Optimism about upcoming events is also surprisingly resilient. Most people remain optimistic even when it is made clear to them that there is no rational basis for their optimism and even in the face of negative feedback or previous failures. This is not to say that everybody is optimistic all the time about everything (an exception to this general tendency is people diagnosed with depression who tend to have more negative and realistic expectations). Rather, the point is that the average tendency across all people and situations is to believe that good things are likely to occur.

The consistency of these optimistically wrong expectations suggests that they are a feature of the human mind that has provided some evolutionary advantage. In an influential 2009 paper, the psychologist Ryan McKay and the philosopher Daniel Dennett applied the evolutionary frame of error management theory (which had been developed earlier by the evolutionary psychologists David Buss and Martie Haselton) to predict some of the possible benefits. Their argument was that consistently inaccurate beliefs should persist only if they bring some overall benefit that outweighs the cost. What are the potential benefits to being optimistic? One is that optimistic expectations are motivating. If you do not expect to succeed in attaining your goals, you will not try. In the absence of optimism, the pursuit seems hopeless. Expectations of success, by contrast, can motivate your efforts. Students who expect a good grade on an exam might see it as more worthwhile to invest effort in studying. Of course, the more they study, the more likely they are to actually get a good grade, creating a ‘self-fulfilling prophecy’. It is important to note that this is possible only in situations where effort can translate into success. Unfortunately, optimistically expecting your favourite sports team to win is not actually going to help them win.

Optimistic expectations predicted actually getting better grades on the exam, and this was accounted for by studying

A second possible benefit of optimism has to do with stress. Expecting future experiences to be positive could reduce how much you stress and worry. For instance, students who expect a good grade on an exam might have the benefit of feeling confident and less stressed about the upcoming exam. This reduces the potential physical toll of stress, with the added bonus of permitting students to concentrate on studying instead of worrying. There is also a potential emotional downside to optimistically expecting success during goal pursuit. If you expect positive outcomes, you risk potential shock and disappointment when negative events occur and you didn’t see them coming.

We decided to test these predictions about the potential benefits and costs of optimism in our work. To do that, we conducted several studies that asked people to share their expectations for two future events that were important for their lives. These events were students taking their first exam in a college course, and medical students making decisions about their residency programme as they completed training. We followed up with our participants multiple times to see how much effort they invested in their goal, whether or not they succeeded, and how they felt after success or failure.

In our first study, we asked more than 1,000 students at two different universities to report their study efforts and what grade they expected to achieve on their first major test in a college course. Overall, their expectations were high two weeks before the test: a majority (63 per cent) expected an A on the upcoming exam, and only 2 per cent expected a grade below a B. We asked them more questions the day before the exam and two days after the grades were posted. On average, the students had been overly optimistic, with 68 per cent expecting a better grade than they actually achieved. But being optimistic was beneficial. Students who expected higher grades two weeks before the exam invested more effort, and by the day before the exam, they had studied more hours for the test and were more satisfied with the quality of their studying. Optimistic expectations also predicted actually getting better grades on the exam, and this was accounted for by studying. In other words, optimism predicted effort, which then predicted success. Students who expected higher grades two weeks before the exam were also happier the day before the test. There was no evidence of a downside to having high expectations. High initial optimism predicted greater satisfaction with the received grade and with studying effort, as well as greater happiness in the week after finding out the test grade.

In a second study, we recruited medical students undergoing what’s called ‘Match Day’. After completing medical school training, students apply to residency programmes nationwide, which determines their future career including specialisation and placements. The applicants and programmes then rate one another, and a central service pairs students to programmes. The process requires a level of planning and strategy on the part of the students – for instance, in deciding how many programmes to apply to and how to rank-order the programmes. On Match Day, all applicants find out where they will go and are obligated to go wherever they are matched. If they are not matched by the system, students have to scramble to find, and apply to, any open position.

In our study, the applicants did well overall, with almost all of them matching and about half matching with their favoured programme. That said, the students were also overly optimistic, on average: 30 per cent expected to match to their top-choice programme when they did not. Optimism once again had benefits. Students who expected to match to their top choice were more satisfied with their decision-making and more likely to match to their top choice. This wasn’t because optimistic students were more competitive (based on their test scores or experiences), but rather their positive expectations changed their decision-making in a way that resulted in greater success. We don’t know what exactly they did differently, but based on the findings of our first study, we think it likely they expended more effort on the matching process. Students who expected to match to their top choice also experienced emotional benefits before Match Day: they were happier and reported less stress. At the same time, there didn’t seem to be a cost to having unmet high expectations. Students were relatively unhappy when they didn’t match their preferred programme, but about equally unhappy regardless of whether or not they expected this negative outcome.

If there is nothing you can do about a future event, optimism won’t affect the outcome. However, being optimistic could lower your stress levels

All in all, our findings support the notion that humans evolved to be overly optimistic because optimism’s benefits outweigh the potential costs, such as heightened disappointment. So how do you develop optimism to reap the benefits? An important message from our work and that of others is that expecting good things to happen is not enough. Optimism is beneficial when it translates into action in pursuit of goals. You can expect good things, but you have to be willing to put in the effort to make the good things happen. This combination of optimism and action helps work up the motivation to achieve goals and also helps you persist when you encounter challenges or obstacles.

It’s also important to note that having positive expectations is not the same as fantasising. A programme of research by the psychologist Gabriele Oettingen and her colleagues has shown that visually imagining the success is not helpful. Creating fantasies can lull you into overconfidence and complacency, leading you to perform worse and lowering your motivation. But instead of elaborate positive fantasies, our findings suggest that a belief that success is possible is what helps us succeed, so long as there is scope for effort to influence outcomes. If there is nothing you can do about a future event, optimism will not affect the outcome. However, even in such scenarios, being optimistic could lower your stress levels.

Although our optimistic participants didn’t report feeling worse in the weeks after their expectations hadn’t been met, that does not necessarily mean they weren’t disappointed immediately after they found out that they’d failed to reach their goal. If you build up your optimism, it’s certainly possible you might feel heightened disappointment when your positive expectations are not met. Fortunately, there is a fairly simple way to reduce this cost. Studies by the psychologist James Shepperd and his colleagues have shown that initial disappointment can be mitigated by ‘bracing for the worst’ right before you find out whether you succeeded or failed. If you succeed, you will be pleasantly surprised; if you fail, you won’t be as disappointed. But this is the case only immediately before and after the event – there is no evidence that pessimistic expectations have benefits outside of that very narrow time frame.