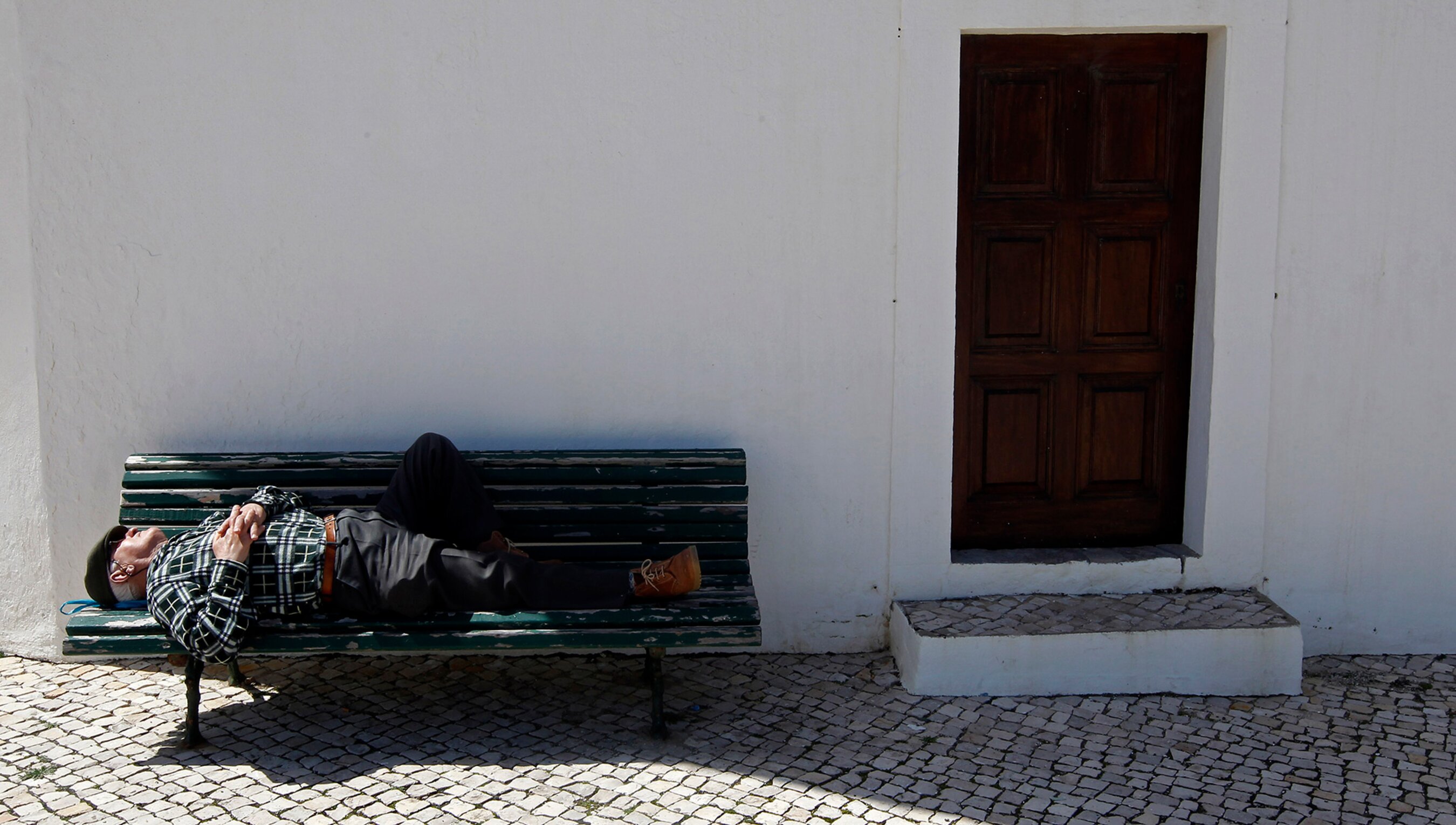 Why efficiency is dangerous and slowing down makes life better

is an emeritus professor of psychology at Swarthmore College in Pennsylvania, and a visiting professor at Haas School of Business at the University of California, Berkeley. He is the author of The Paradox of Choice (2004) and Why We Work (2015), among others.

We worship efficiency. Use less to get more. Same-day delivery. Multitask; text on one device while emailing on a second, and perhaps conversing on a third. Efficiency is seen as good. Inefficiency as wasteful.

There’s a sound rationale for thinking this way. Economists teach us that increased efficiency is the major way to improve our standard of living. If your company gives you a pay rise without becoming more efficient, it will also have to raise its prices to make up the shortfall. If all companies do the same, everyone ends up running in place – you’ll need your higher wages to match the higher prices of the things you buy. So, if we want to make material progress, we must become more efficient. Streamlined supply chains, just-in-time deliveries and no slack in the workforce all serve to raise efficiency. Achieve this, and all our lives will get better and better, or so we’re promised.

For automobile manufacturers, who wish to squeeze as many miles per gallon as possible out of their car designs, air resistance and the grab of the road are the enemies of efficiency. In the world of finance, it is at the point of exchange that most friction arises. Before money, the potato farmer had to use sacks of potatoes to trade for eggs and milk. As the British historian Niall Ferguson reminds us in his book The Ascent of Money (2008), the invention of money went a long way toward reducing this inefficiency, and much that has happened in the financial world over the past 200 years can be seen as a continuation of that revolution.

Credit, for example, meant that you could go shopping for eggs and milk even without having the money right now. Financial markets have since taken this efficiency to another level. The creation of ‘option markets’ means that you don’t have to go to the trouble of buying a stock that you’re going to be selling soon anyway. You can just promise to buy it, and then sell it at a price and date specified by the option contract. And then you can trade the option rather than the underlying stock.

Each of these developments and many others have made it easier to do one’s business without wasted time and energy – without friction. Each has made economic transactions quicker and more efficient. That’s obviously good in some ways. But the financial crisis of 2008 suggested that maybe there could be too much of a good thing. If mortgages and other loans hadn’t been transformed into tradable assets (‘securities’), then bankers might have taken the time to assess the credit-worthiness of each applicant. If people had to visit a bank to withdraw cash, they might spend less and save more. This is not mere speculation – for instance, research reviewed by the Nobel Prize-winning economist Richard Thaler shows that people will pay more for an item with a credit card than with cash. Arguably, a little friction to slow us down would have enabled both institutions and individuals to make better financial decisions.

A decade ago, the American psychologist Adam Grant and I argued in a journal paper that this ‘too much of a good thing’ phenomenon might be a general rule. Some motivation produces excellent performance; too much motivation produces choking. Some group collaboration produces cohesion and enhances productivity; too much of it leads to staleness. Some empathy enables you to understand what another person is going through; too much could prevent you from saying and doing hard things. Similarly, in my book The Paradox of Choice (2004), I argued that, whereas a life with no freedom to choose is not worth living, a life with too much choice leads to paralysis, bad decisions and dissatisfaction. Finding the right amount – what Aristotle called the ‘mean’ – of motivation, collaboration, empathy, choice and many other aspects of life, including efficiency, is a key challenge we face, both as individuals and as a society.

To be better prepared next time, we need to learn to live less efficiently in the here and now

But finding the mean isn’t easy. As the English poet William Blake observed in The Marriage of Heaven and Hell (1790-93): ‘You never know what is enough unless you know what is more than enough.’

If the financial crisis taught us that we had become too efficient with our transactions, what of the COVID-19 pandemic? Why hadn’t we stockpiled key supplies and machines, built up hospital capacity, or ensured the robustness of our supply chains? The reason, of course, is that it would have been seen as inefficient and profit-robbing. Money spent on masks and gowns gathering dust in a warehouse could always be put to more ‘productive’ use in the marketplace. Likewise, employing more people than needed under ‘ordinary’ circumstances, or making products yourself rather than relying on international supply chains, would have been seen as inefficient. One lesson, then, is that to be better prepared next time, we need to learn to live less ‘efficiently’ in the here and now.

Seen in this light, at least some inefficiency is like an insurance policy. Think about your own situation. Every year that you don’t get into a car accident and your house doesn’t burn down and you stay healthy, you could think to yourself that you have ‘wasted’ your money on various pointless insurance products, and that you’d be financially better off without all those insurance premiums to pay.

Most of us don’t like the sense that we’re wasting money on insurance. We would rather be wearing that money, or eating it, or driving it. Some years ago, with a struggle, I convinced my ageing mother to supplement her basic health insurance policy with a more comprehensive insurance product. Her resources were modest and the policy wasn’t cheap. The year went by and, happily, she had no serious medical conditions that required the use of the extra cover. When the time came to renew, my mother resisted, because, indeed, the money she spent the year before had been ‘wasted’. My reply, perhaps unduly snarky, was to suggest to her that maybe the next year she would get lucky, have a really serious illness, and get her money’s worth out of her insurance.

Thankfully, in many domains, government regulations protect us from our desire for ever-greater personal financial efficiency by forcing us to have insurance. Laws require that our cars be insured, and mortgagers require the same for our homes. In the United States, ‘Obamacare’ (the Affordable Care Act enacted in 2010, designed to increase the number of US citizens covered by health insurance) essentially compelled people to have health insurance, until tax laws passed in 2017 rendered this unenforceable by repealing the penalties for not having cover. I suspect that many of us are underinsured in general, but the problem would be much worse without these various, state-imposed insurance requirements.

One way to think about insurance, however inefficient it might feel, is that it enables us to be resilient against shocks that could befall us from a world that is radically uncertain. And the world is radically uncertain. As the British economists John Kay and Mervyn King point out in their book Radical Uncertainty (2020), efforts to quantify risk by attaching probabilities to various unlikely future states of the world are mostly science fiction. The world is much messier than a roulette wheel or a pair of dice.

What should we do in the face of this radical uncertainty? When making decisions, instead of asking ourselves which option will give us the best results, we should be asking which option will give us good-enough results under the widest range of future states of the world. Instead of trying to maximise return on investment in our retirement account, we should be setting a financial goal and then choosing investments that will allow us to achieve that goal under the widest set of future financial circumstances. Instead of looking for the ‘best’ job, we should be looking for a job that will be good enough – satisfying enough – as co-workers and managers come and go, and the future economy gyrates. Instead of choosing the best college to go to, we should be choosing a college that will be good enough, even with an obnoxious roommate and a boring Bio 1 teacher.

The term used to describe this approach to decision-making is satisficing. And satisficing with an eye toward a radically uncertain future might be called robust satisficing. Satisficing is a form of insurance – insurance against financial meltdowns, global pandemics, nasty bosses, boring teachers and crappy roommates. Insurance can seem stodgy – like the guy who wears a belt and suspenders. Perhaps we don’t need both, but what happens if we have neither?

I think the real flaw in capitalism revealed by the 2008 financial crisis was its unbridled, single-minded pursuit of profit and efficiency. And perhaps the real flaw revealed in our lack of readiness for the 2019-20 pandemic was a manifestation of the same thing. Capitalism needn’t be either unbridled or single-minded. It isn’t in other societies with high standards of living, and it hasn’t been at all points in history in the US. So perhaps it’s time to rekindle certain social norms that serve to slow us down. For example, if people thought about their homes less as financial investments and more as places to live, full of the friction of kids, dogs, friends, neighbours and community, there might be less property speculation with an eye toward buying and selling houses merely for profit. If companies felt the friction of being caretakers of their communities, they might look differently at streamlining their operations by eliminating jobs.

We’d all like a car that gets 100 miles to a gallon. The forces of friction that slow us down are an expensive annoyance. When we’re driving, we know where we’re going and we’re in control, so fast feels good, though even here, a little bit of friction can forestall disaster when you encounter an icy road.

Driving is perilous enough, and life is not as predictable as driving. We don’t always know where we’re going. We’re not always in control. Black ice is everywhere. A little something to slow us down in the uncertain world we inhabit could be a life-saver. Building friction into our lives, as individuals and as a society, is building resilience into the system. It could be our insurance policy against catastrophe.