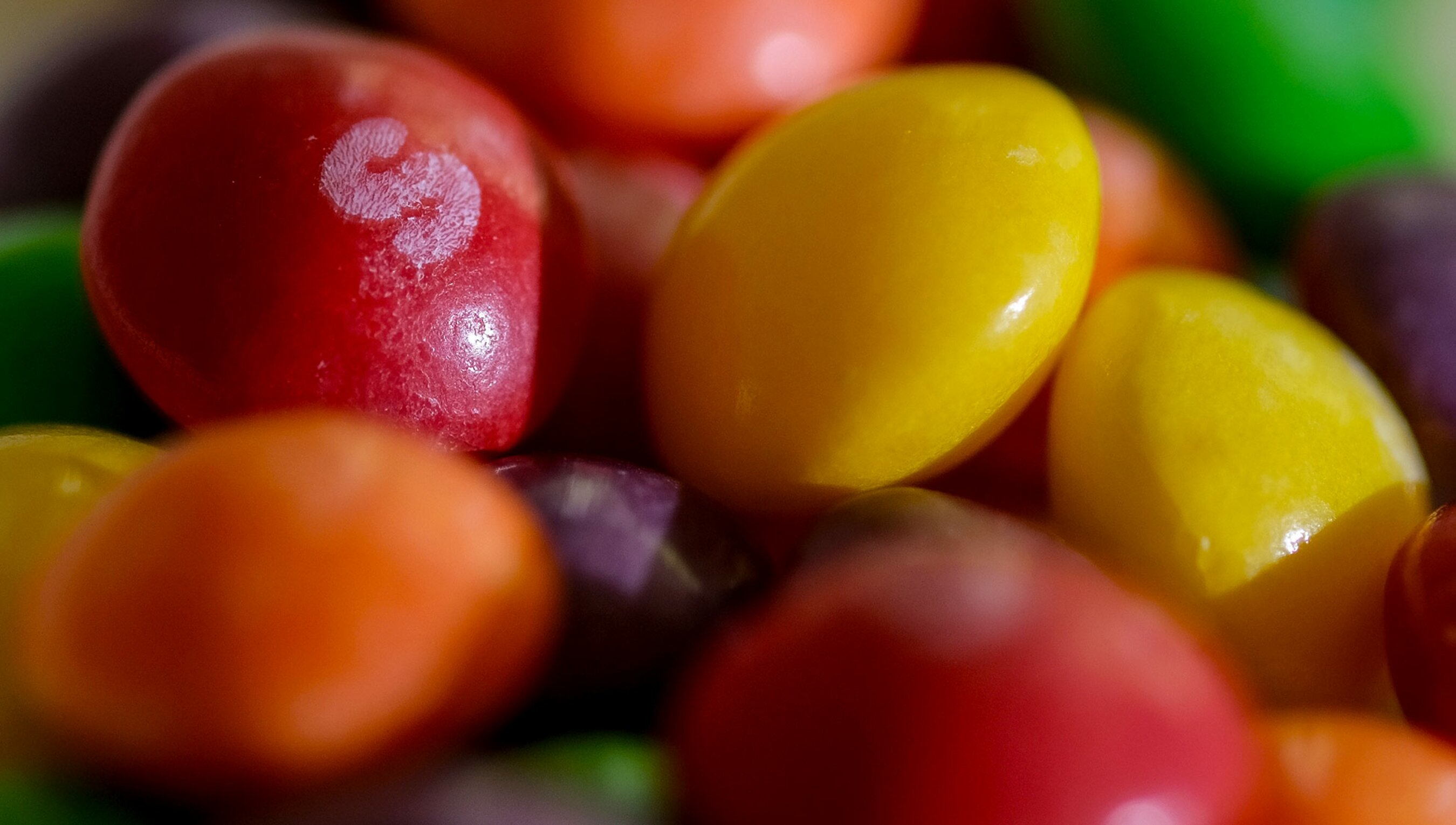 by Darwin A Guevarra & Kari A Leibowitz + BIO

is a postdoctoral scholar at the University of California, San Francisco. He is broadly interested in emotional wellbeing, how to improve it, and its implications for psychological and physical health. He continues to pursue work on placebo effects and how they can be leveraged to improve emotional wellbeing interventions.

is a health psychologist, speaker and writer. She received her PhD from Stanford University, where she conducted research in the Stanford Mind and Body Lab to harness mindsets to improve health and wellbeing. She delivers workshops on the power of mindset to international audiences, and her writing has appeared in The Atlantic and The New York Times, among others. She lives in San Francisco.

In 2014, the American footballer Marshawn Lynch – a former NFL running back nicknamed ‘Beast Mode’ because he bulldozed and ran over would-be tacklers – signed an endorsement deal with Skittles. This was more than business. To Lynch, Skittles aren’t just Skittles. Since he was young, the button-shaped candies have been his secret weapon.

As a rising football star in high school, Lynch was often struck by anxiety in advance of his games. It was often so extreme it caused an intense upset stomach. Young Lynch tried several over-the-counter remedies, but nothing seemed to work. Then one day, his mother, Delisa Lynch, told him that Skittles would settle his stomach. Not only that, but she said the Skittles would also make him play better: ‘They’re going to make you run fast, and they’re going to make you play good.’ And, somehow, they did.

No offence to Skittles lovers, but there’s nothing special about them. They’re mostly sugar, corn syrup and artificial flavours. Yet, throughout his college football and illustrious NFL career, Lynch held on to the belief that Skittles helped his game, and he always ate them before taking the field. You might assume that the Skittles were, for him, just a silly pre-game ritual. But by eating the Skittles and believing that they helped improve his performance, Lynch was taking advantage of a very real phenomenon: the placebo effect.

The placebo effect occurs when someone experiences a benefit due primarily to the belief that something they are doing – taking a medication, engaging in a ritual, or getting treatment – will have a beneficial effect. Placebos are far more powerful than most people realise. They’ve been shown in research trials to help reduce anxiety, depression, pain, asthma, the motor symptoms of Parkinson’s disease, and recovery from osteoarthritis of the knee. It’s worth noting that these benefits aren’t just seen in terms of how people feel, although that alone is important, but also in terms of measurable physiological improvements.

Even though the placebo pills contained no active ingredients, and despite the patients knowing they’d been taking placebos, they reported fewer IBS symptoms

Given that placebos are such a powerful treatment on their own, we might ask ourselves: why are they not being used as a treatment more widely?

One of the biggest barriers is an ethical dilemma. On the one hand, placebos are highly effective for certain symptoms and conditions, and can have a real therapeutic effect. On the other hand, to benefit from placebos, the predominant thinking has been that people need to be misled into believing they’re taking an active treatment. Since most medical authorities worldwide have agreed – for good reasons – that lying to patients isn’t a best practice, this reliance on deception has prevented the widespread use of placebos as treatments in and of themselves.

But what about the case of Marshawn Lynch? Of course, he knows that Skittles don’t really have magical powers. He also knows the actual ingredients of Skittles can’t make him run faster or play better. And yet, he continues taking them, believing in and apparently enjoying their beneficial effects.

Lynch’s experience reflects an emerging research trend to study the possible beneficial effects of placebos given without deception, also known as ‘open-label placebos’ or ‘non-deceptive placebos’. In a foundational study in 2010, researchers at Harvard Medical School randomised patients experiencing irritable bowel syndrome (IBS) symptoms into either an open-label placebo group or a no-treatment control group – and crucially, all the patients knew which group they were in. The researchers told patients in the open-label placebo group that the placebo effect is powerful, that the body can respond automatically to taking placebo pills (similar to the classic conditioning example of Pavlov’s dogs, who salivated at the sound of the dinner bell), that a positive attitude helps but is not required, and that it is vital to take the pills faithfully for the entire 21-day study period, regardless of their belief in the pills. By the end of the study, even though the placebo pills contained no active ingredients, and despite the patients knowing they’d been taking placebos, they reported fewer IBS symptoms and more improvement in overall quality of life than patients in the no-treatment control group.

This paradigm of giving non-deceptive placebo pills as treatment has been repeated, including a recent replication of the benefit for IBS, while other trials have shown benefits for patients with ADHD and hay fever. Unsurprisingly, further research suggests that open-label placebos can also work in non-clinical settings. Together with colleagues, one of us (Darwin) showed in 2020 that an open-label placebo nasal spray reduced the distress provoked by looking at emotionally upsetting images. Like Lynch’s Skittles, the open-label placebo we used helped our volunteers manage their feelings and anxiety, an effect that was even visible in their electrical brain activity.

So what’s really going on here? It’s not the sugar pill itself that leads to these changes in psychology and physiology, and it’s not magic either. Research in medicine and psychology on both traditional and open-label placebos suggests several mechanisms at play.

One is people’s expectations, or the positive belief that a treatment might have beneficial effects. In open-label placebo studies, including Darwin’s nasal spray study mentioned above, people are often told that a belief in the placebo isn’t necessary, but they are encouraged to keep an open mind. Some of the clinical studies have involved volunteers for whom many other treatments have failed, and so they have added reason to hope that this experimental, slightly unorthodox treatment might work for them. Emerging research suggests that this belief might be partially responsible for the benefits. For example, a study one of us (Kari) ran as part of her PhD showed that open-label placebos led to a reduction in allergic response from a histamine skin-prick test, but only for those volunteers who believed strongly in the beneficial power of placebos.

Another possible mechanism is conditioning, in which the body learns to associate beneficial effects with an action or ritual. Many of us have had repeated experiences of taking pills that help reduce our symptoms – ibuprofen for a headache, NyQuil for a cold, or Pepto Bismol for an upset stomach. Over time, the body may learn to associate taking a pill with symptom relief. So the very act of taking a pill itself can catalyse the body’s own capacity for healing.

There are also other, less well-studied mechanisms that may be at play in open-label placebo effects. For example, when someone starts taking a treatment – placebo or not – they often begin paying closer attention to their own minds and bodies. Most conditions and symptoms fluctuate over time. For example, when we are experiencing a headache, even if we don’t take any medication or other action, the severity of that headache will naturally decrease over time. People who take open-label placebo pills may hope for improvement, making them more attuned to times when their symptoms subside. Other research shows that medical rituals – whether that’s taking a pill, getting an injection, or merely having a cup of tea and taking a hot bath – can evoke both expectations for healing and a conditioned response. Thus, the act of taking pills faithfully can become a healing medical ritual in and of itself.

The pharmaceutical industry has no incentive to promote this kind of medication over patented, privatised medications

Of no small consideration is the fact that, with little money to be made from prescribing sugar pills, the influential pharmaceutical industry has no incentive to promote this kind of medication over patented, privatised medications and treatments. In many ways, research on open-label placebos is still in its infancy. The next 10 years may determine the ultimate impact of this research. As the field progresses, one of us (Darwin) plans to continue to investigate and optimise open-label placebo effects on stress, anxiety and depression in both clinical and non-clinical settings.

On an individual level, while taking open-label placebos – or Skittles – isn’t a substitute for seeking medical advice or treatment, if you’re trying to be like Marshawn Lynch, you could begin to think about how you might use open-label placebos in your own life. As a starting point, when you take a real medication, such as Tylenol (paracetamol), you could try to boost some of the relevant mechanisms – such as expectations and conditioning – for example, by reminding yourself of the benefits you expect. You could consider using some of your own open-label placebos for minor issues that don’t require medical intervention, such as aches and minor pains, stress and anxiety, difficulty sleeping, or mild upset stomach. You can drink tea (reminding yourself that lots of herbal teas do actually contain active healing ingredients), take a hot bath (which can also have medical benefits), or do other rituals that help you feel better while deliberately focusing on their healing benefits. Try finding your own version of an open-label placebo to help you in times of need. The science says it just might work.