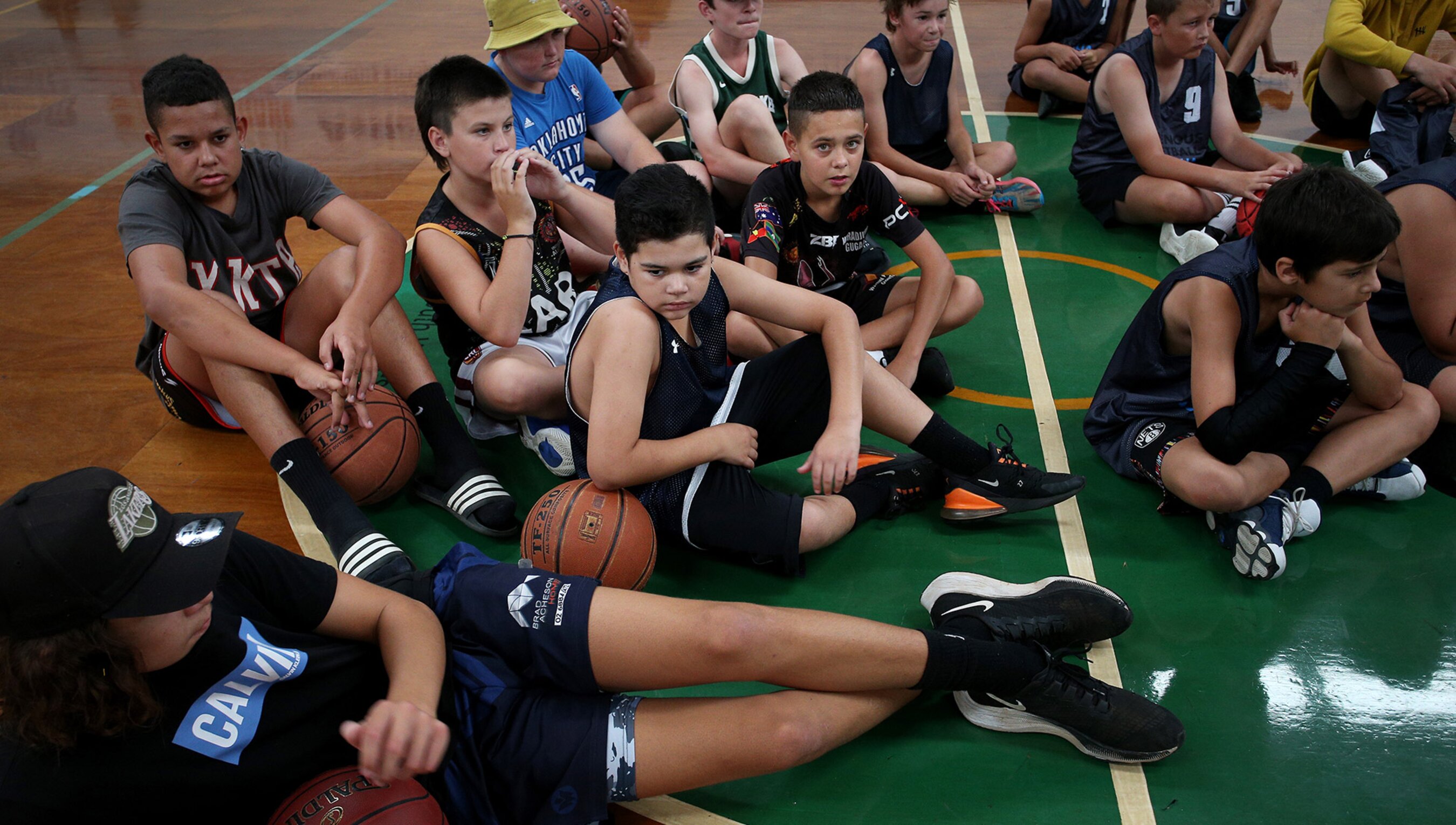 Why some teams boost motivation while others totally sap it

is a PhD student in psychology at TU Dortmund University in Germany.

is a postdoctoral researcher at the Institute for Psychology at TU Dortmund University in Germany.

is professor for social, work, and organisational psychology at TU Dortmund University in Germany.

A student meets her classmates on campus for a joint project. It’s due in less than a week, but the group has not accomplished much yet. The student, bored with the task, leans back in her chair and thinks to herself: Someone else will make sure the job gets done. After all, there are four other people working on the project. She starts to daydream as the others read and discuss.

The next day, the same student dives into a large swimming pool, her arms and legs propelling her down the lane. She catches a glimpse of other swimmers next to her. Her relay team is in second place, with the swimmer in the neighbouring lane just a little ahead. Her team members stand on the edge of the pool, cheering her on. Her lungs are about to burst, her arms and legs are burning. Even so, she steps it up a notch as she approaches the finish. With a racing heart, she pushes forward and passes ahead of the competition.

Why might a person let her team down in one situation but give it her all in a different one? Sometimes, as in the first scenario, teamwork is demotivating. In fact, in German, ‘team’ is an acronym for Toll, ein anderer macht’s, meaning ‘Great, someone else does it.’ To psychologists, the phenomenon in which people reduce their effort when they team up on a task is known as social loafing. The idea that working in a team can lead people to work less hard has long dominated theorising about teamwork. Researchers from the Ohio State University suggested in 1979 that ‘social loafing can be regarded as a kind of social disease’.

Today, this kind of thinking is still prominent. A researcher from the University of Florida has argued that teamwork can represent a social dilemma, in which people seemingly have to choose between what is best for the team (ie, working hard to obtain a good team performance) and what is best for themselves (ie, withholding effort to save resources).

However, in our recent analysis of the research to date, we found that teamwork does not have a motivating or demotivating effect per se. We studied previously collected data from more than 320,000 participants, primarily from the United States but also from countries including Germany, the United Kingdom, South Africa and China. The studies included undergraduates, sports teams, regular employees, and even children, and involved a variety of tasks, both physical (eg, swimming) and cognitive (eg, brainstorming), performed in the lab or in the real world. Our analysis of the data shows that whether teamwork boosts motivation or saps it strongly depends on how the work is designed.

For example, when people who are working as part of a team perceive their own work as dispensable – as not making a meaningful contribution to the performance of their team – they tend to show less effort than they would when working alone. (Typically, studies use performance as an indicator of effort.) In cases of such ‘effort losses’, as they are called, people feel that their effort is not needed and so it is only reasonable for them to save their energy. This feeling of dispensability can occur, for instance, when your team’s performance depends solely on the strongest member, but you know that this person is not you, or when your input to the team performance appears to be redundant.

In contrast, when people perceive their contribution to the team’s outcome as indispensable, they tend to show greater effort than they would when working alone. These ‘effort gains’ can be due to team members aiming to be prosocial: they care about others and want to make a difference to the team. By helping their team succeed, members also feel better about themselves – they can see themselves as helpful and competent human beings.

The desire to evaluate oneself is a basic one, and when working in a team, individuals commonly compare their own performance with their teammates’ performances. People often strive to match or exceed the performance of others, which makes working with slightly better teammates a very motivating experience. However, when team members differ too much in their abilities, or when the specific task that one performs is personally irrelevant, that motivating effect is less likely to occur. For example, one group of researchers gave people false feedback about their team member’s ability. When they told participants that their teammate was always twice as good, participants showed weaker effort gains. Working with a clearly superior teammate can even lead to frustration and feelings of failure.

Managers, instructors, coaches and other leaders can use this knowledge to design teamwork that boosts team members’ efforts. Remember the student from the introduction: maybe she felt that she could not contribute much to the academic team because the project did not include a specific (sub-)task for her to work on and to feel responsible for. If the instructor or a teammate had broken down the project into subtasks for each member, she might have felt that her efforts were indispensable.

Another way to accomplish this aim could be to organise work as a sequence of successive tasks, such that team members can start to work only when a teammate has successfully finished their part. Recall that this was exactly the case when the student competed as the last swimmer in her team’s swimming relay. In sequential work, members working later can compensate for previous members’ suboptimal performances, which can feel especially motivating. In fact, we found that being indispensable was even more important in newly formed teams, as well as when people worked on a rather boring or meaningless task.

Managers could make team members’ inputs visible to everyone on the team, just as in some companies the sales performance of individual employees is displayed

In our example of group work in school, you might think that the instructor should have merely closely monitored how the student performed to increase her motivation. Indeed, it is true that being evaluated by others can prevent people from ‘hiding in the crowd’ and doing little for the team (as our student did). However, we found a hint in the research that just monitoring people does not lead them to do their best. Instead, as suggested earlier, managers, instructors and other leaders can boost people’s motivation during teamwork by enabling team members to engage in social comparisons.

For people to be able to meaningfully compare themselves with others, their own individual performance should be clearly identifiable, as should the performance of their teammate(s). Therefore, it might be advisable for managers to make team members’ inputs visible to everyone on the team, just as in some companies the sales performance of individual employees is displayed. Two researchers from the Ohio State University were able to boost employees’ motivation during teamwork by publicly posting their performances. In sports, teammates could benefit from training together, where everyone can directly see each other’s performance. However, remember that the effect is more likely when a team member can compare themselves with a moderately superior fellow member. Thus, it is advisable to compose a team such that members are similar in their abilities, but with some of them being somewhat superior to boost the others’ motivation.

Teamwork is omnipresent in everyday life. Besides sports and school, important and difficult tasks are often tackled in teams: surgeries are conducted by teams, pilots always have a co-pilot, and lone individuals typically do not make for a government. In teams, members can provide mutual support, one person can compensate for the other, and teammates can learn from each other’s knowledge and skills. There are obvious benefits of teamwork in terms of help and shared knowledge.

As the research makes clear, there can also be benefits in terms of motivation, depending on the circumstances. The example of the swimming relay reminds us that being part of a team can lead people to ‘go the extra mile’. People often work hard for their team, even despite being in pain (think of Kobe Bryant continuing to play after dislocating and relocating a finger). In addition to the (de)motivating factors we have described, there are certainly others at play: people are likely to feel more motivated when their teammates socially support them (eg, by cheering), for instance, or when they work on a task that can fulfil their need for relatedness.

In our analysis, we found that team members actually tend to show less pronounced effort losses in the ‘real world’ as compared with when working as part of a study in a research lab. This observation might be due to the fact that, in the lab, people usually form teams with colleagues they did not know before the experiment and perhaps will not meet again – and often work on simple tasks that have little relevance to them personally.

Individual motivation within teams is among the oldest research topics in psychology, but there is still a lot to learn about how to design teamwork in a way that improves motivation. We hope that growing knowledge about how teams work best will lead to more of the right kind of team spirit: not ‘great, someone else does it’, but rather, ‘together, everyone achieves more’.