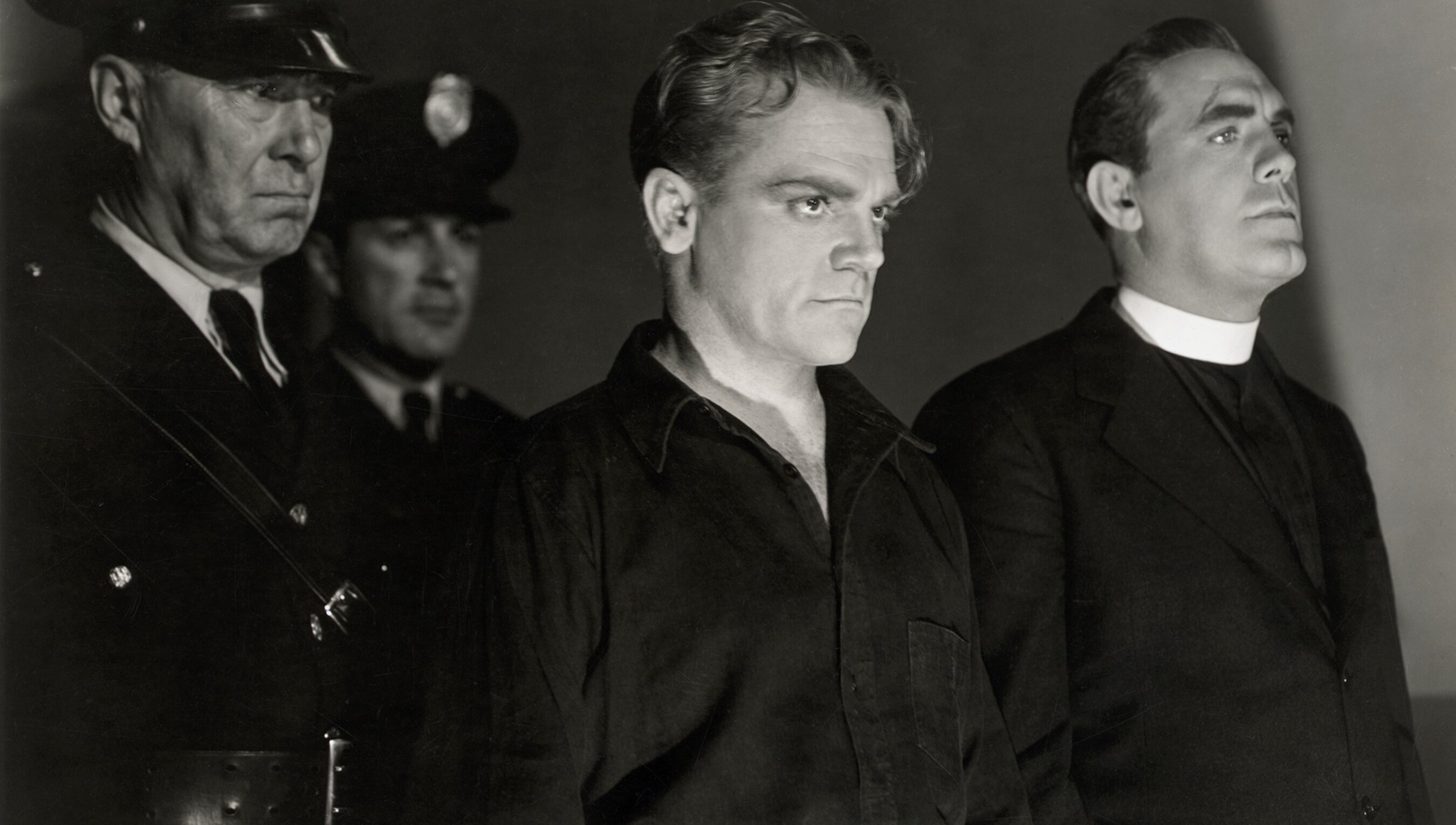 Are people with dark personality traits more likely to succeed?

is distinguished research professor, ECI academic fellow, licensed psychologist, and associate director of clinical training in the Department of Psychology at the University of North Texas.

is a humanistic psychologist who has taught courses on intelligence, creativity and wellbeing at Columbia University, New York University, the University of Pennsylvania, and elsewhere. He hosts The Psychology Podcast, and is author and/or editor of nine books, including Transcend: The New Science of Self-Actualization (2020), Wired to Create: Unravelling the Mysteries of the Creative Mind (2015), coauthored with Carolyn Gregoire, and Ungifted: Intelligence Redefined (2013). He lives in Los Angeles.

‘Dark’ personalities come in various shades, but at the core of all of them is a tendency to callously use others for personal gain. What is it that these types of people are really gaining, though? Might a benevolent approach to life and others be even more advantageous?

For 15 years, research into dark personality traits (including narcissism, psychopathy and Machiavellianism) has been rapidly expanding. We now know that these traits are far more evident, on average, in men than women. We know that approximately 1-2 per cent of individuals in the general population display extremely dark personality features – enough to meet the clinical threshold for a personality disorder – and about 10-20 per cent of individuals have moderately elevated levels. We know that even people with moderate levels of dark traits can wreak havoc: they are more likely to lie and cheat, show racist attitudes, and be violent towards others.

As researchers, we have studied these traits ourselves. But in a bid to balance out the extensive literature on dark traits, we have recently started to focus on the light side of human personality instead – the ‘everyday saints’ among us. These people are genuinely interested in others and treat them well without question, not as a means to an end. They applaud the success of others, believe in the fundamental goodness of humans, and respect the dignity of everyone. Our recent study of more than 36,000 adults suggests that these traits are common: around 30-50 per cent of people show prominent light personality trait profiles, depending on world region, and these traits are particularly common in women.

We wanted to understand which personality profile – dark or light – leads to more success and happiness in the long run. There is an oft-touted saying that ‘Nice guys finish last’ and, on the face of it, this might seem correct. If you’re always expending your energy caring about others, perhaps you’re bound to get left behind. If you’re willing to deceive and exploit others without worrying about their feelings, you can look after ‘number one’ and rise faster to the top. But does the research back this up?

Experimental studies support the idea of a ‘successful’ dark personality, but only up to a point. One study found that people with psychopathic personality traits win more points on a negotiation task where they are required to compete with a partner, but fewer points on a task that involves cooperation. Those with dark traits are more likely to ‘defect’ in the classic Prisoner’s Dilemma task – an approach that means maximising your own outcome while duping the other participant.

But their success in the real world is questionable. In corporate settings, those with dark personality traits are slightly more likely to emerge as leaders and are seen as charismatic but, when it comes to getting the job done, they tend to achieve less and are considered poor team players. Our recent study also found that political figures with dark personality traits are more likely to get elected and hold their positions, but other studies show that they are much poorer at getting legislation passed. Hedge fund managers with these traits generally obtain significantly lower financial returns on the investment funds they manage. Overall, individuals with dark traits engage in more counterproductive work behaviour, such as theft and abusive supervision. Perhaps unsurprisingly, they don’t end up with higher average incomes than their peers with light personalities.

Through deceitful manipulation and callous use of others, these individuals are cutting off the very (social) branch they’re sitting on

On top of this, those with dark personality traits don’t have much luck outside of work. Even if they manage to avoid prison (imprisonment being a high possibility for those with extreme traits), they are at increased risk of suicide and violent death. They are also not particularly happy: people with dark traits tend to report poor self-image, an inability to intimately connect with others, and little life satisfaction. In contrast, we found that those with light personality trait profiles have fulfilling, intrinsically rewarding lives: they generally have a more positive view of themselves, more positive connections with others and find life more satisfying.

The key factor here seems to be empathy: the capacity to resonate with – and understand the perspective of – the emotional experiences of others. Individuals with light personality traits show a great deal of empathy for others, while those with dark personality traits tend to show very little. In our new research, we found that this seems to be what leads to a more satisfying life. Similarly, being prosocial – acting kindly, cooperatively and with compassion toward others – is also significantly linked with higher wellbeing.

As a species, we’re fundamentally built for social connectedness, and we depend on cooperation and trust. When those with dark personalities try to take advantage of this for their own personal gain, they do so at their own peril. In essence, through deceitful manipulation and callous use of others, these individuals are cutting off the very (social) branch they’re sitting on. While those with dark traits might initially capture the attention of others, their social behaviour ultimately leads to limited success in work or politics, and little satisfaction with their lives.

So far, we have made it seem as though people fall into one of two binary groups: dark or light. But in reality, there’s a third group: we found that about 40 per cent of individuals show a balance of dark and light traits. People in this mixed group are similar to the light group when it comes to critical variables involving empathy and social connectedness, but they still show some dark tendencies – hampering their relationships to some degree with deceitful, self-absorbed or hurtful behaviour toward others.

Some might think that the mixed group is the optimal place to be: you’re able to have some connection with others, but won’t be taken as a pushover. But compared with those with a light personality, mixed individuals have lower levels of life satisfaction and a less positive self-image. It seems that the mixed group are on the way to the light personality profile, so to speak, but fall short of the full expression – and the added dark traits are what’s holding them back.

Regardless of where you fall on these dimensions of personality, we believe in the fundamental ability to grow and change. Large-scale studies have documented that your general personality (eg, neuroticism, extraversion, conscientiousness) continues to change throughout your lifetime, and we’ve found the same to be true when it comes to light and dark traits.

Specifically, we found that the extent to which you exhibit light or dark personality traits tends to shift as you get older. As people age – particularly as they progress from 30 to 40 – they become more likely to display light personality trait profiles. Other research has shown that moral character traits, such as conscientiousness and self-control, are generally more common in older people. Age doesn’t completely account for the results – younger people can display light personality traits – but the research suggests that what can fundamentally differentiate light and dark profiles is a process of psychological maturation.

We are born with an innate sense of fairness, though this is a limited ability. Thus, like language, it is a skill that requires further development. Our research, and studies of our closest relatives, nonhuman primates, both show that moral behaviour can emerge and change across development – in large part through cooperative social interactions. Thus, by embracing and trusting social connections, we can progress toward a light personality trait profile – a pathway that appears to lead to healthy self-actualisation and even transcendence.

If you’re curious about where you fall on the light vs dark personality spectrum, you can answer the questions we used in our study. We have now tested more than 250,000 individuals from across the globe, and you can see how your responses compare with the average. And remember, there is always scope for change: we believe in the fundamental ability to grow and transcend self-centredness through deliberate and sustained changes in our patterns of behaviour and thinking.

The most important thing is to want to change. Unfortunately, most people with extreme levels of dark personality traits don’t want to change who they are. Despite not being particularly happy with their lives, they remain fixated on what they think they need: more and more power, wealth and domination over others.

Of course, some days we’re all motivated to shut out other people, and simply look out for ourselves. This can be especially true when it seems that those who cheat, deceive and take advantage of others are somehow getting ahead. But rest assured that this doesn’t seem to be the case. We have found that being empathic and connected to others – capitalising on our fundamentally social nature – is ultimately the pathway to a more rewarding life.