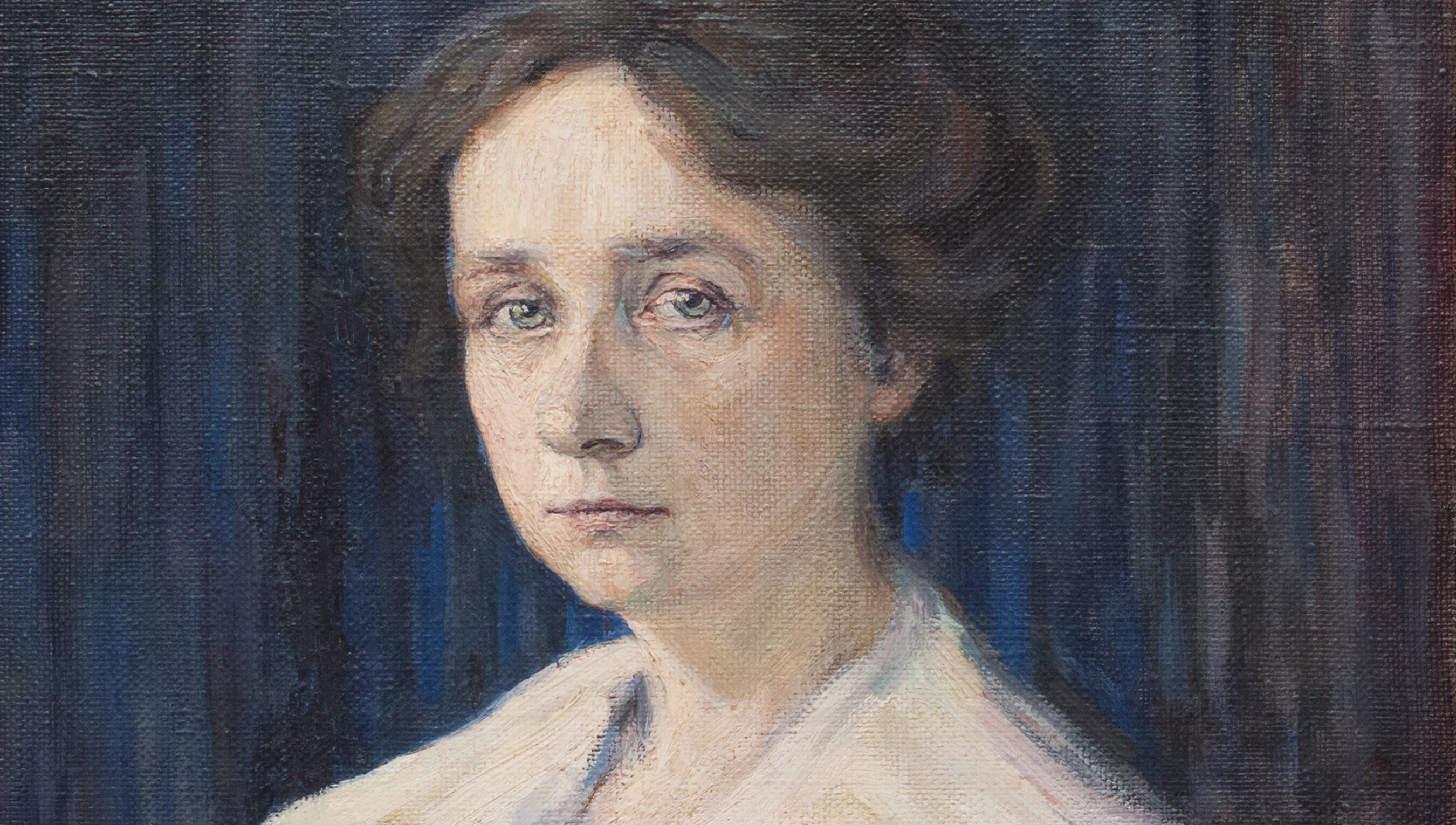 Are you sure you know what emotions are?

is a cognitive scientist and professor emeritus of education, psychology and computer science at Northwestern University in Illinois. He is a fellow of the American Psychological Association and of the Association for Psychological Science. He has published more than 100 articles in academic journals, and co-authored the 1988 book The Cognitive Structure of Emotions (2nd edition forthcoming) and edited Metaphor and Thought (2nd ed, 1993).

For centuries, the idea that there were four elements – earth, air, fire and water – dominated Western scientific and popular thought, meaning that people’s understanding of the external world was fundamentally wrong. Might our understanding of the internal world – of minds and, in particular, emotions – be similarly flawed? Some common ways of thinking about emotions suggest that our current conceptions of them might suffer from a comparable problem. Many emotion theorists, including psychologists, neuroscientists and philosophers, use the term emotion to refer to mental states that others believe are not emotions. And while some of these theorists strongly believe that there exists a small set of ‘basic’ emotions, this privileged status is sometimes bestowed (both within and outside academic circles) upon what seem like non-emotions. The persistence of these ideas indicates that many people think they know what emotions are, but don’t.

If you ask someone to explain to you what an emotion is, they will probably start by offering a few examples, listing mental states such as happiness, sadness, anger and fear, hoping that you’ll get the general idea. And for everyday purposes, this is a reasonable way to proceed. But for scientific purposes, more precision is needed.

Emotion theorists study the causes and consequences of emotions and their relation to other aspects of the mind, so they ought to be able to explain what makes an emotion an emotion rather than some other mental state. However, not only do emotion theorists, especially psychologists, not agree about what emotions are, many seem to finesse the question by acknowledging it, on the one hand, but failing to address it on the other (although the emotion researcher Agnes Moors is an important counterexample). For instance, in his seminal book The Emotions (1986), the Dutch psychologist Nico Frijda argued that one cannot start with a definition of the concept; rather, any definition has to follow on the heels of a theory. But then, one might ask, on the heels of a theory about what?

Nor do we get much help from the American Psychological Association’s Dictionary of Psychology, which defines emotion as ‘a complex reaction pattern, involving experiential, behavioural, and physiological elements, by which an individual attempts to deal with a personally significant matter or event’ – a definition altogether too broad. States such as thirst and pain, which one might be loath to call emotions, satisfy this definition, and all kinds of actions and reactions, from eating a meal to scratching an itch, involve ‘experiential, behavioural, and physiological elements’.

One cannot be experiencing an emotion about something while being indifferent about it. This is what it means to say that emotions are valenced

Since emotion theorists have yet to agree on what emotions are, it is not surprising that different theorists have different criteria for what counts as a ‘basic’ emotion – that putative special category of emotions that are thought to be pan-cultural and hard-wired. The most popular criteria depend on dubious claims relating to the facial expression of emotions and/or on various evolutionary considerations. The arbitrariness of the criteria results in varying numbers of proposed basic emotions. Nevertheless, the general idea that there are basic emotions remains influential among emotion theorists, as well as in the popular press and in other domains in which emotions are important (such as human-computer interaction). Based on work in the 1970s by the US psychologist Paul Ekman and colleagues, the most favoured presumption is that there are six basic emotions – happiness, sadness, anger, fear, disgust and surprise – even though, over the years, Ekman himself has expanded his list of basic emotions.

The widespread commitment to a suspect notion of basic emotions only muddies the waters with respect to the question of what an emotion is. Logically, anything that is a ‘basic’ emotion must be an emotion. Yet, as we’ll see, even this simple expectation is in jeopardy.

When we define a concept, such as emotion, we generally want to specify the conditions for something to be a member of the category corresponding to that concept. What makes it challenging to define emotion is the difficulty of specifying all of the necessary conditions for something to be an emotion. However, the fact that it is hard to define what an emotion is does not justify ignoring the question. One should at least be able to specify and agree upon some, even if not all, of the necessary conditions.

Consider the definition of emotion from the online Random House Unabridged Dictionary (2021): ‘an affective state of consciousness in which joy, sorrow, fear, hate and the like is experienced, as distinguished from cognitive and volitional states of consciousness.’ To say that an emotion is an affective state is to say that emotions are intrinsically valenced (necessarily positive or negative), which is why cognitive and volitional states are excluded. Cognitive states relate to things that we know or believe (eg, confusion, interest), while volitional states involve things that we are motivated to do, broadly speaking (eg, hunger). This dictionary does a better job than many emotion theorists in saying that emotions are affective and also conscious.

As I explained in a recent paper, a strong case can be made for stipulating that emotions are necessarily:

If one is experiencing an emotional state, one necessarily feels good or feels bad, or possibly, as in the case of nostalgia, one feels both – but one cannot feel neither good nor bad. One cannot be experiencing an emotion about something while being indifferent about it. This is what it means to say that emotions are affective, or valenced.

The condition that emotions are about something is needed to distinguish emotions from more general affective states such as moods. If we wake up in the morning in a good mood, our good mood is an affective (positive) state that is not about anything in particular. Moods are best thought of as general affective states (in contrast to specific, emotional states) that are predispositions to get into mood-compatible emotional states. We don’t say that we’re in a bad mood about a flat tyre, although we might get into a bad mood as a result of the flat tyre – often along with other annoyances. Thus, a mood itself is not directed at anything, whereas the specific emotion of, say, anger – which we easily get into when we’re in a bad mood – must be directed at something. When we are angry, we are angry about what someone did, or that something happened.

It is perfectly possible to be surprised but indifferent, as when one learns that China has only one time zone

Emotions are also states of which we are conscious. Some psychologists have argued that there can be unconscious emotions, but such arguments can be countered, especially but not only because their proponents point to general positive or negative states (as opposed to specific emotions such as anger or pride) that they claim are the explanations of changes in behaviour. Non-specific affect can certainly influence behaviour and judgments without one’s awareness (think subliminal advertising), but this is unconscious affect at work, not an unconscious (specific) emotion.

Some in the emotion research community, of which I have been a member for several decades, will likely resist even these proposals, preferring to retain their emphasis on external aspects of emotions (eg, facial expressions) along with their commitment to the notion of basic emotions. And to be sure, my three conditions are not sufficient to constitute a satisfactory definition of emotion. But they do provide reasonable minimal requirements – a first step towards a consensual account of what distinguishes emotions from other mental states.

One questionable member of Ekman’s original six basic emotions (and other groupings) is surprise. There are many reasons for supposing that surprise is not an emotion. For example, surprise violates our first condition that an emotion is necessarily valenced. Granted, surprise is sometimes valenced, but it need not be. It is perfectly possible to be surprised but indifferent, as when one learns that China has only one time zone – surprising, probably; interesting, possibly; emotional, for most of us, probably not. Surprise is not intrinsically valenced. To make it positive or negative, we qualify it with words such as ‘pleasant’ or ‘unpleasant’, and those words, it seems, are doing the emotional work. Surprise is a cognitive state – about things we know and believe – and it is just one example of a so-called basic emotion whose status as an emotion is debatable. Interest, acceptance and desire are others. It doesn’t make much sense to talk about ‘basic emotions’ if some hypothesised instances aren’t even emotions.

Importantly, the problem of definition is not the only one that plagues emotion research. For example, an Anglocentric bias results in unwarranted reliance on high-frequency English words that come readily to mind, thus making the corresponding emotions seem important, perhaps even basic, while in other cultures and languages these emotion concepts might be less psychologically significant. Further, emotions are often viewed as fixed entities waiting to be released when the time is right (a view that is compatible with, if not implied by, the basic emotions idea). But emotions are much more fluid; like ideas, they emerge as conscious experiences from often-unconscious mental processes as we interact with what’s going on around us.

What should we make of all these issues, taken together? The answer is that we should probably resist uncritically accepting claims (such as that there are six basic emotions) for which the evidentiary basis is unsound. We can instead embrace a more flexible view – perhaps of the kind suggested by the proposal that emotions are mental ‘constructions’, meaning that they emerge from mental activity in much the same way as ideas do.

When in the late 18th-century people slowly began to accept the fact that their four elements were not the ultimate constituents of matter, they couldn’t yet conceive of synthetic fabrics, semiconductors or nuclear power. It is usually only in hindsight that we can see the potential benefits of getting the science right. So, whether a more realistic understanding of emotions will benefit psychotherapy or human-machine interaction or security surveillance techniques remains to be seen, but we should at least aspire to getting the science right, even if only for its own sake. Meanwhile, the average person has every right to be confused (a cognitive state) and disappointed (an emotional state) by the fact that such an important aspect of everyday life is not better understood by those who spend their lives studying it.