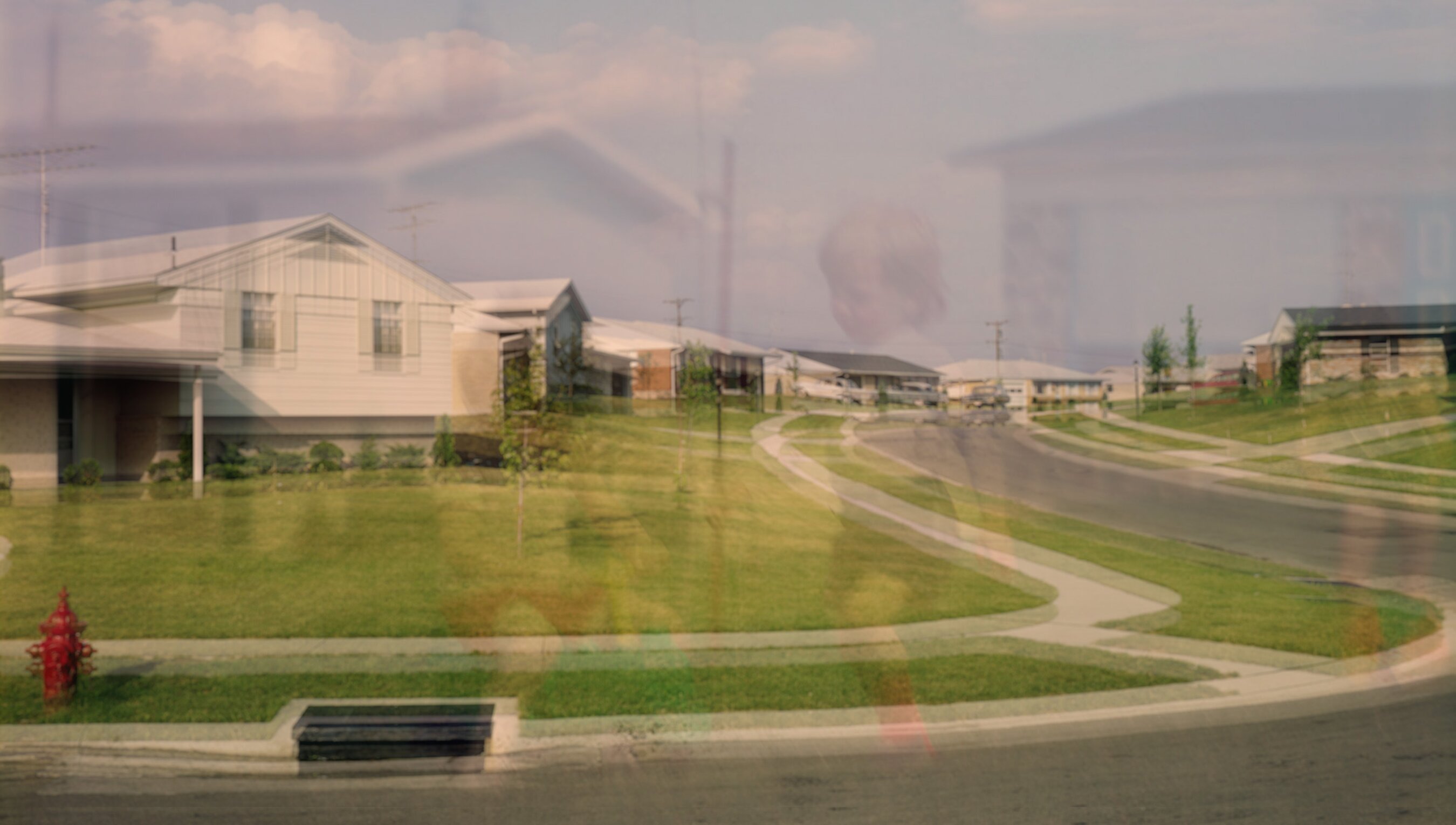 is a Jungian psychotherapist based in Bern, Switzerland. He trained at the C G Jung Institute, and has published research on dream analysis, precognition, and déjà experiences. He is responsible for the Deja Experience Research website.

I was 16, and it was the spring of 1956. I remember the new leaves were beginning to sprout on the elm trees near where we lived in Oklahoma. I recall how happy we were that the road outside our home had finally been paved – it was now a lot quieter when cars drove past (and less dusty, too). And I remember that the high-school ‘sock hop’ dances had begun, where DJs played Elvis Presley’s first hit ‘Heartbreak Hotel’. But what I remember most from that spring was my first unsettling encounter with the impossible.

It started with a game. My friends and I decided to play hide-and-seek on our bicycles. One of us rode off to hide and, after some time, the rest fanned out throughout the neighbourhood trying to find him. This was in a small town on the northwest edge of Oklahoma City, which consisted mainly of small suburban homes with fenced yards, car garages and sheds, as well as trees and bushes that provided ideal camouflage. It didn’t take long until we decided that searching was hopeless: there were just too many places where he could be hiding. We gave up. But while riding back, an image appeared in my mind’s eye: I saw our quarry laying down his bicycle in the front yard of my house. We couldn’t have seen this directly because the yard was blocked by other houses. And yet, as we rounded the corner, I saw exactly what I’d pictured: our friend laying down his bicycle in the grass. I had seen it before seeing it – and in exquisite detail!

This experience, and others like it, contradicted everything I thought I knew about how reality functions and launched me on a quest that continues to the present day. At first, in the late 1950s and early ’60s, no one around me had any idea what I was talking about when I tried to explain these experiences. It wasn’t until 1970, while at the library of the National Institutes of Health near Washington, DC, that I finally found a knowledgeable librarian who knew that such experiences are called déjà vu, a French phrase meaning ‘already seen’. I learned that many others had had similar impossible experiences, too. I was not alone. This whetted my appetite. But my discovery of déjà vu led only to more questions. The deeper I delved, the more complex it became. ‘Déjà vu’ was not one thing. In fact, it was a better understood as a variety of experiences: ‘déjà experiences’.

For me, the defining features of a true déjà experience are sudden shock and bafflement, accompanied by the unsettling conviction that what one is experiencing is impossible – and yet it’s happening. This is different to feelings of vague familiarity with things that remind you of something from your past, or someone you know or have known. Such experiences are not uncommon. In 1992, the researcher John W Fox had a study published on ‘reported paranormal experiences’, including déjà vu. Out of a sample of 3,885 US adults, around 65 per cent said that déjà vu had happened to them, from once or twice to often. Roughly the same percentage has been found by surveys in other cultures as well.

Historically, ‘déjà vu’ has been used as an umbrella term to describe a range of possible déjà experiences. In his book The Deja Vu Experience (2004), Alan S Brown lists 32 phrases that have been used to describe déjà vu, 53 different definitions for it, and has devoted several whole chapters to the hypotheses put forward to explain it. Physiologists, for instance, have opined that its origin lies in delayed communication between the cerebral hemispheres; psychologists figure these experiences must be due to memory glitches (that the person has seen something in his or her past, and a present situation recalls it); neurologists say they are often caused by temporal lobe epilepsy; and some parapsychologists say they may arise from precognitive dreams. Others prefer reincarnation as an explanation.

The term déjà vécu (‘already lived’) would have been a better choice because such experiences entail all the senses, not just vision

The earliest mention of a déjà experience that I’ve found appears in the novel Guy Mannering; or, The Astrologer (1815) by the Scottish historian Walter Scott. While wandering through a ruined castle, the protagonist muses about a ‘shadowy recollection’ of events that have not yet taken place, and unfamiliar places ‘not entirely strange to me’:

[W]hy is it that some scenes awaken thoughts which belong as it were to dreams of early and shadowy recollection, such as my old Brahmin Moonshie would have ascribed to a state of previous existence? Is it the visions of our sleep that float confusedly in our memory, and are recalled by the appearance of such real objects as in any respect correspond to the phantoms they presented to our imagination? How often do we find ourselves in society which we have never before met, and yet feel impressed with a mysterious and ill-defined consciousness that neither the scene, the speakers, nor the subject are entirely new; nay, feel as if we could anticipate that part of the conversation which has not yet taken place!

Some years later, Charles Dickens reflected on a similar sensation in David Copperfield (1850):

We have all some experience of a feeling, that comes over us occasionally, of what we are saying and doing having been said and done before, in a remote time – of our having been surrounded, dim ages ago, by the same faces, objects, and circumstances – of our knowing perfectly what will be said next, as if we suddenly remembered it!

Toward the turn of the century, many terms were used to designate these experiences. So how did one term come to serve a proxy for this wider suite of uncanny sensations? It seems ‘déjà vu’ first entered the scientific literature in 1876. Émile Boirac, a professor of philosophy at a classical high school in the French city of Poitiers, had a letter published in the Révue Philosophique in which he described ‘le sentiment du déjà vu’. He shared his own experiences and classified them as one type of illusionary memory. However, his use of the terminology was forgotten or ignored. ‘Déjà vu’ didn’t appear again until 1893, when the French philosopher André Lalande and others were credited with using it.

The term was officially proposed in 1896 when the Société Medico-Psychologique met in Paris to designate the phenomenon. The French psychiatrist Francois-Léon Arnaud objected to the other suggested terms, such as ‘false recognition’, ‘false memory’, ‘paramnesia’ and ‘reminiscence’, because they were too broad. He felt that ‘already seen’ more neatly fitted the experience (and was also more neutral from a theoretical point of view). Not everyone agreed. As several authors insisted, déjà vécu (‘already lived’) would probably have been more accurate and a better choice because such experiences entail all the senses, not just vision. However, déjà vécu and other alternatives never gained wide acceptance and ‘already seen’ was taken up by several writers, including the pioneering psychologist Pierre Janet, who had been present at that 1896 meeting. The term quickly entered popular parlance and, as a result, a panoply of unsettling experiences collectively gained the name ‘déjà vu’.

The problem here is that real progress – a deeper understanding of the phenomenon – will be possible only once more accurate terminology is developed and used in a well-differentiated way. With better terms, we can be more precise about the experiences that are out there and the conditions that surround their occurrence.

Déjà visité is when you find yourself in a place you know you’ve never been before, but you still somehow know your way around

In his 1981 doctoral thesis, the South African neuropsychiatrist Vernon Neppe, now director of the Pacific Neuropsychiatric Institute in Seattle, enumerated 21 variants of déjà vu. Among them were the aforementioned déjà vécu, as well as déjà visité (‘already visited’), déjà rêvé (‘already dreamt’), déjà entendu (‘already heard’), déjà senti (‘already smelt’), and déjà lu (‘already read’). It was Neppe, in fact, who first proposed that we place the various types under the heading ‘déjà experiences’.

Each form may well have its own cause and explanation. In my research, I have concentrated on the two forms of déjà experience that I believe are the most prevalent: déjà visité and déjà vécu. Déjà visité is when you find yourself in place you know you’ve never been before, but you still somehow know your way around or it seems amazingly familiar. Déjà vécu is when a person relives a situation for the second time – the most common déjà experience people describe. They’re what the former Time magazine journalist James Geary in 1997 described as ‘Been There, Done That’. In terms of explanation, some instances of déjà visité could be understood through theories of reincarnation. However, these wouldn’t explain déjà vécu because the clothes people are wearing and many of the things they talk about would not have been present in a previous lifetime.

As part of the search for other explanations, several attempts have been made to reproduce déjà experiences and, in some of them, feelings of familiarity have been evoked but, as far as I know, none were accompanied by strong feelings of startle and bafflement. Some general characteristics of déjà experiences, though, are known and/or agreed upon. For most people, they occur sporadically and are unpredictable. Some people have them often and others have them rarely. They tend to be more frequent and intense when the person is young, say between 15 and 25, and taper off and lose intensity as they get older. They usually don’t last very long. Since, like dreams, déjà experiences cannot be reliably reproduced in the laboratory, all theories are necessarily ad hoc, and it may well be that many of them are true, depending on which form of déjà experience the person has had.

I myself explain my déjà vécu experiences as arising from precognitive dreams that were not remembered until they ‘came true’. I am far from saying that every instance of déjà vécu or déjà visité is caused by a preceding precognitive dream, but many are. When I have given lectures about it, I usually ask the audience how many are convinced their déjà experiences come from dreams they’ve had. About one-third have raised their hands, so I’m certainly not alone.

Some just find the experiences an intriguing quirk, something fun to think about and ponder. Then there are those who find them scary: they’re afraid everything is predetermined and that they have no free will. Some say they find it reassuring – it suggests that they’re on the right track in life. For others, the precognitive element opens them up to metaphysical and non-materialistic views of reality. I’ve been so intrigued by these encounters that I’ve wanted to learn as much as I can.