How 12th-century Genoese merchants invented the idea of risk

is professor of Italian and Mediterranean Studies and chair of the Department of Middle East Studies at the University of Michigan. She is the author of The Kingdom of Sicily, 1100-1250: A Literary History (2005), European Modernity and the Arab Mediterranean (2010), and Lives of the Great Languages: Arabic and Latin in the Medieval Mediterranean (2021).

Lately, we have all become risk assessment and risk management experts, thinking, talking and Tweeting about the chances we take when we engage in once-mundane activities. It’s hard to imagine doing without risk: the analytical instrument we use to calculate the advisability of undertakings that can result in gain or loss. Yet when the word risk entered the languages of western Europe during the 12th century (at roughly the same time as other words used to jigger the scales of Fortune: hazard and chance), it took some time to catch on. Niccolò Machiavelli (1469-1527) and Francesco Guicciardini (1483-1540) – the two great writers of the Italian 15th and 16th centuries who wrote about contingency and power while everything was collapsing around them – did not use the Italian rischio in the works for which they are best remembered, even though the Italians were early adopters of the word and the speculative behaviours it names.

The first known usage of the Latin word resicum – cognate and distant ancestor of the English risk – occurs in a notary contract recorded in Genoa on 26 April 1156. The captain of a ship contracts with an investor to travel to Valencia with the sum invested. The contract allocates the ‘resicum’ to the investor. In a typical arrangement, the captain received 25 per cent of the profit at the end of the journey. The investor or investors pocketed the resicum payout: the remaining 75 per cent. This contract also reminds us that the medieval Italian ship’s crew was an egalitarian society. It specifies that the voyage would be extended from Valencia to trade at Alexandria before returning to Genoa, but only if a majority of the men on board agreed.

Resicum worked a kind of practical magic in these early contracts. Canon law forbade the payment of interest on loans in medieval Europe (as Islamic law did in the eastern and southern Mediterranean). By inventing a bonus paid to the investor in the event of the successful completion of a journey, the resicum provided a workaround for venture capitalists and for the captain seeking capital. It also gave those who could not journey an opportunity to earn investment income. A small but significant proportion of the investors in these maritime contracts were retired seamen or women. Finally, it parcelled out the risk assumed by those who undertook the trans-Mediterranean journey.

Mediterranean shipping could be enormously profitable, but it was risky. A sudden storm could annihilate ship, crew and cargo. Piracy was rampant. A captain had no way of knowing conditions at the port of destination at the time he set sail. He might set out for Valencia with the intention of buying fine silk, only to find that regime change or plague had gutted the economy and scattered the spinners and sellers of silk. Before the innovation of the resicum, captain and crew took on the risks of the journey alone: only they would shoulder the burdens (and pocket the profits). But resicum shared out potential profit and loss among a broader community. It put a number on contingency, and in so doing it rationalised risk.

Where did this wonder-worker of a word come from? Historians believe that resicum derived from an Arabic word, al-rizq. The Arabic rizq is Quranic. It refers to God’s provision for creation. This verse, for instance, uses the noun and a verb derived from the same lexical root, and refers to the sustenance that God provides for all of creation: ‘And how many a creature does not carry its own provision [rizq]! God provides for them and for you: he is the All-Hearing, the All-Knowing.’ During the Middle Ages, the word was used to name the daily subsistence pay given to soldiers. In the dialect of al-Andalus (Arab Spain), it referred to chance or good fortune. Rizq, it seems, bounced from port to port around the Mediterranean, until it landed on the worktable of a scribe in Genoa recording a strategy used to share out the risk of trans-Mediterranean trading ventures by betting against catastrophe.

From here, resicum would go on to much broader success. What worked for trans-Mediterranean shipping worked equally well for a broad range of contracts, from premium-based damage insurance to policies written on the lives of enslaved people, especially enslaved women who were pregnant and whose lives were therefore particularly precarious. The enterprising punter could even take out a resicum policy on the life expectancy of famous people. By the end of the 14th century, resicum contracts written in Genoa and Venice ranged from a form of insurance to what we would call gambling.

As the new word passed into the vernacular, it found modest success among writers in Italian. The Italian language was young at this point, a fledgling vernacular. During the 14th century, the Italian word rischio appears in poetry, histories and moral treatises and in early vernacular law codes, most often as a synonym for danger. It does not retain its technical meaning of a payout used to incentivise investment in ventures that may or may not turn a profit. It recognises that, in a given situation, loss is possible – without putting a number on that possibility.

The 15th and 16th centuries in Italy provided an abundance of opportunities to reflect on danger and risk. The presence of mercenaries, invited to fight on behalf of Italian factions from Milan to Rome, and the contention between Angevin and Aragonese claimants to the Kingdom of Naples in the south dominated the first half of the 15th century. The Ottoman conquest of Constantinople in 1453 performed a morality play of rise and fall on another scale, as Muslims pushed aside Byzantine Christians to claim an ancient imperial capital that Italians themselves had conquered in 1204, during the Fourth Crusade. During the 16th century, French and Spanish armies stormed the peninsula, fighting proxy wars on Italian soil.

Risk still connoted the back-of-the-envelope calculations that couch-cushion entrepreneurs made with a sailor, hard bargains captured in the rough Latin of the notaries

No writers are more intimately associated with the upheavals of these centuries than Machiavelli and Guicciardini, both political appointees who wrote works reflecting on the machinery of politics. Machiavelli’s The Prince became one of the best-known treatises on statecraft of the Renaissance, still reprinted and imitated today. Guicciardini wrote his thoughts in a commonplace book; known as the Ricordi (Reflections or Memories), it was published only after his death. Both men reflect on chance or fate, and both write about fortune. Machiavelli created a famous image to describe fortune:

fortune is a woman and if she is to be submissive it is necessary to beat and coerce her … Always, being a woman, she favours young men, because they are less circumspect and more ardent, and because they command her with greater audacity.

Because Guicciardini wrote only for himself, and he himself was not a prince, his reflections were more unguarded:

Whoever considers the matter well cannot deny that in human affairs fortune has great power, because one sees great men tossed about by fortuitous accidents, and one sees that they cannot predict or escape them; and although the attention and the care of men can moderate many matters, still that is not enough; they also need good fortune.

The two authors described the tumultuous changes of their age. They wrote about the Roman goddess, Fortuna, and about fate and danger. Yet neither Guicciardini in the Ricordi nor Machiavelli in The Prince used the word risk, nor did they use the quantitative analytics then emerging to scrutinise the winding path of fate. Why is that? Possibly because they used their Latin to think. Fortune, fate, danger: in Italian, these words came from the Latin. The philosophers and theologians used them. Risk, however – a word that traced its origin to the Quran – had not yet found a place in the world of Machiavelli and Guicciardini. Risk still connoted the back-of-the-envelope calculations that couch-cushion entrepreneurs made with a sailor, hard bargains captured in the rough Latin of the notaries. Risk management was in the hands of actors at the lower end of the social spectrum. Those who invested in trans-Mediterranean shipping or took out resicum policies on the lives of the rich and famous were not the princes and governors whose favour Machiavelli and Guicciardini craved.

By the end of the 16th century, the word and the practices it described reached France, Spain, England, the Netherlands and Germany. Resicum entered the vernaculars, in a number of spellings and pronunciations in each language. Risk assessment and management practices would mature over the course of the ensuing centuries, until (in Ulrich Beck’s phrase) ‘risk societies’ emerged: modern regimes of risk management that use probability and statistics to calculate the likely outcome of events. We think of risk assessment as a matter for the experts with their actuary tables and calculators, those we hire to tell us what will happen and what it will cost us. But we don’t need the experts to haggle with fate. Risk is a story that we tell ourselves about the future. When I’m assessing the risk of accepting a social invitation in 2021, I like to remember those men and women who calculated their resicum on the dock in Genoa in 1156, with one eye on their handful of coins and the other on the horizon.

HistoryHistory of emotionsHistory of ideas
2 November 2021 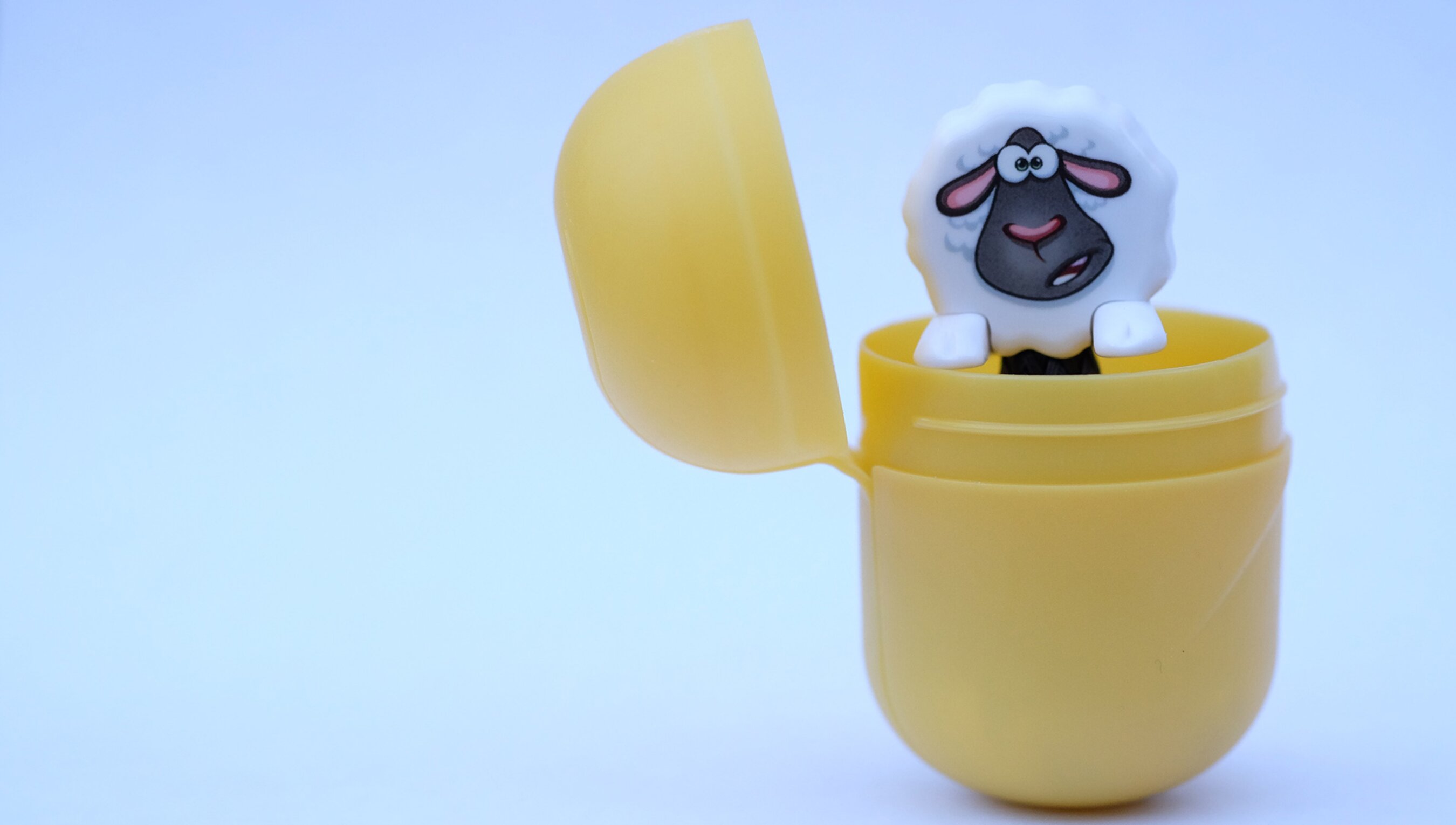 The pleasure in not understanding a language can be awesome 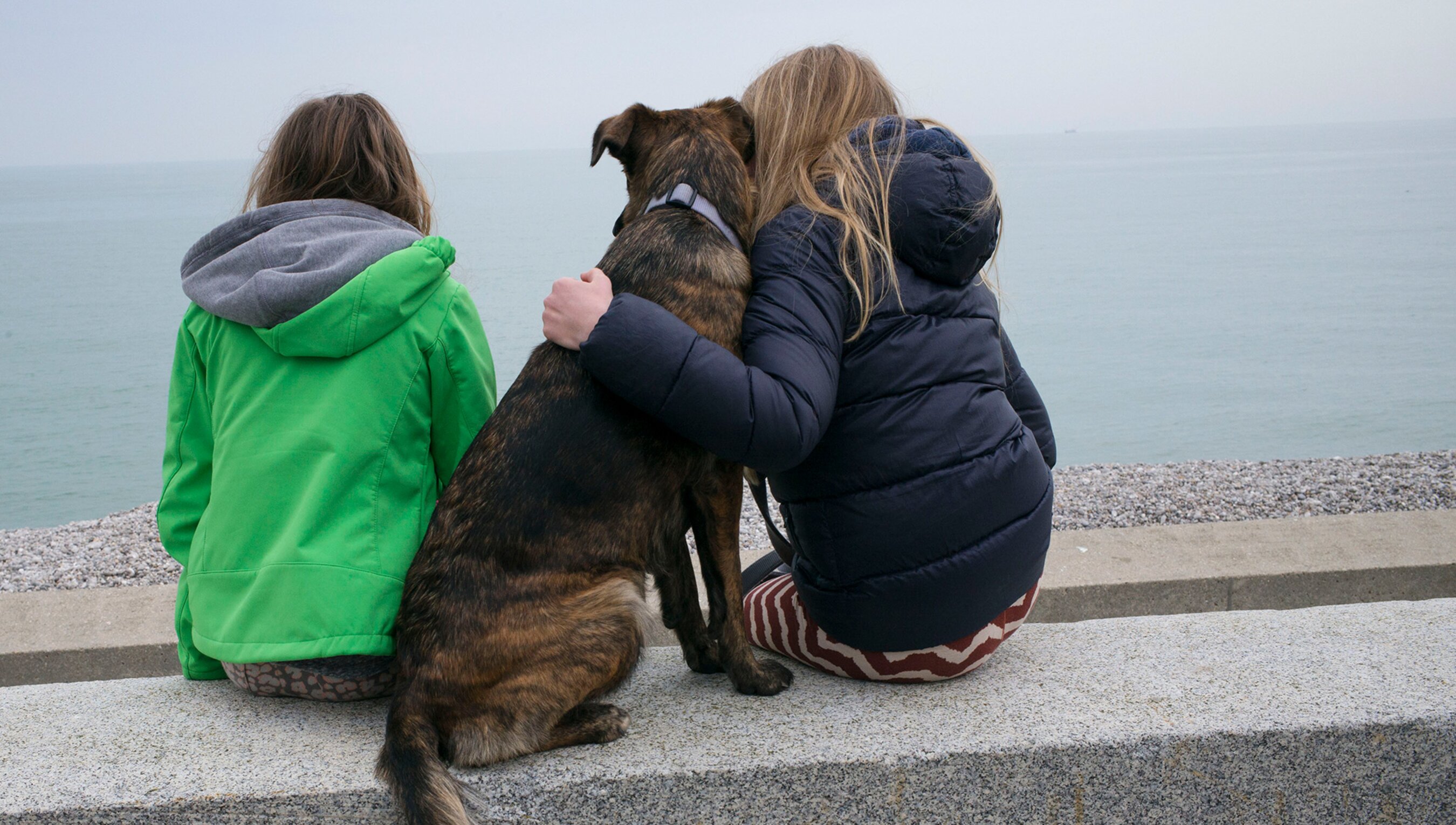