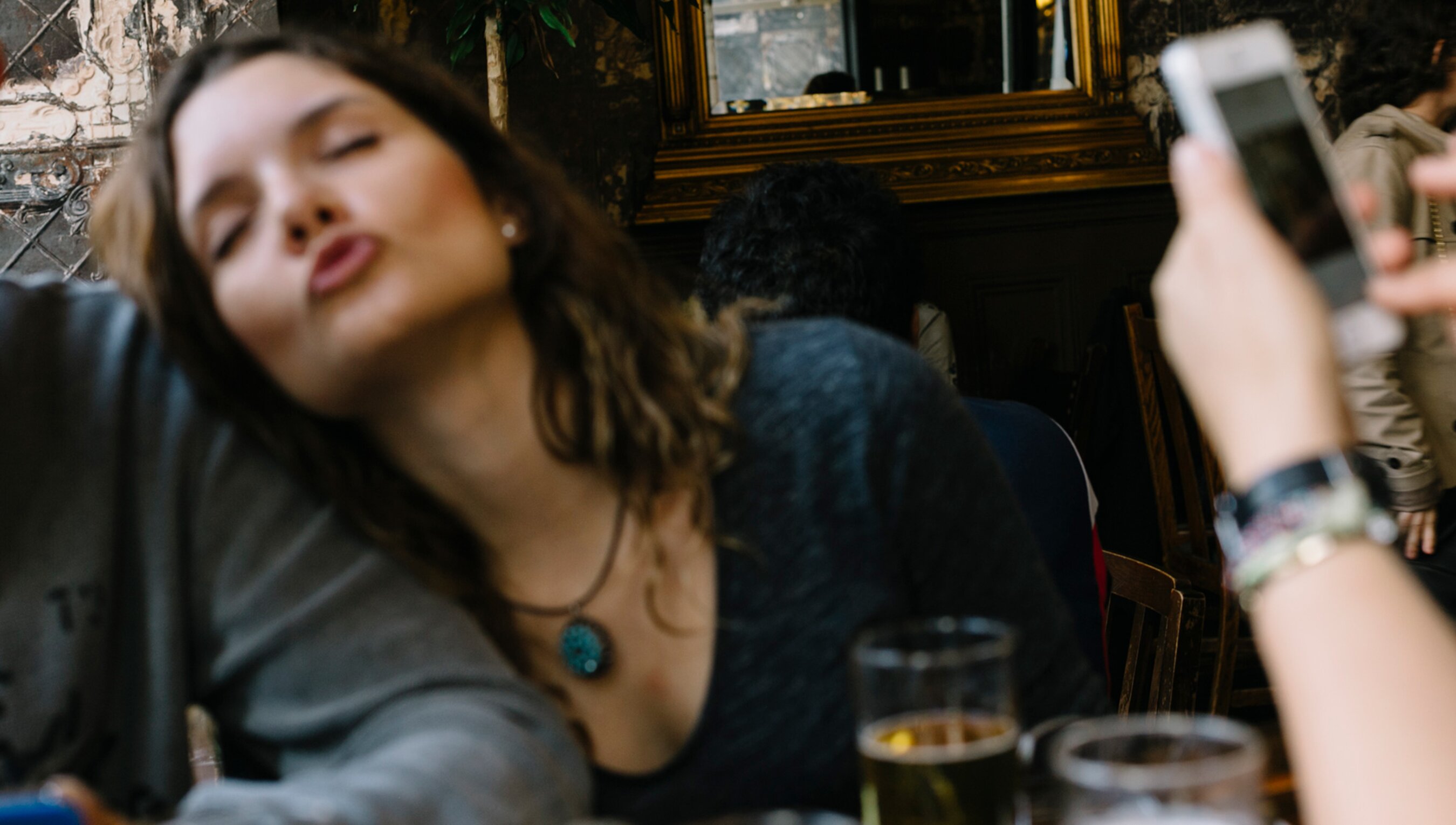 is a post-doctoral researcher in the Mental Health Research and Treatment Center at Ruhr University Bochum in Germany.

Sometimes, the most interesting research findings are the ones you were not looking for. This happened to me in late 2007 when I was interviewing a participant about her experience of a study she had just completed that involved imagining positive scenarios every day at home for one week. The focus of the interview was about how helpful she’d found the sessions, what she thought of their length and frequency and so on. It wasn’t until my standard final question, ‘Is there anything else you’d like to mention?’, that the participant gave a reply – ‘Well, there was this one thing…’ – that completely changed my perspective on the depression intervention we were developing, and that continues to have a significant influence on my research to this day.

The woman, a graduate student in her 20s who was experiencing an episode of major depression, described to me how, during the study, certain mental images had begun popping into her mind spontaneously as she had been going about her day-to-day life. For most people, spontaneous mental imagery of various kinds is a common experience. Many of these images are associated with a phenomenon termed ‘mental time travel’, in which we relive events from the past or ‘pre-live’ possible events in the future. For example, hearing a particular song might trigger a memory from your childhood or youth, which could range from a still ‘picture’ in your mind’s eye, to a more complex immersive scene including sights, sounds, smells and the emotions you experienced at the time. Or, on a long Friday at work, you might find your mind wandering off and repeatedly playing out whatever it is you plan to do to unwind at the end of the day. My research participant’s description suggested that, inadvertently, our intervention seemed to have influenced these processes.

This was a particularly intriguing possibility for various reasons. Spontaneous mental imagery of future events is thought to serve important functions in daily life, for example in the context of planning, decision-making and guiding our ongoing behaviour. Via such imagery flashing into your mind, even if just briefly, you can experience a brief ‘pre-experiencing’ of an event, a taste of how it might be and how you might feel – for example, how enjoyable it could be. This can not only lift your mood in the moment, but lead to changes in your behaviour – you might take steps to make it more likely that the pictured event will indeed occur. In fact, some research has found that generating positive mental imagery of events or activities can lead to increased engagement in goal-directed behaviour, including increased engagement in exercise or completion of tasks that people had been putting off.

It’s worth noting that there is huge variation between people, both in the frequency with which they experience spontaneous imagery in daily life, and the quality of the imagery experienced. For example, research has found that people who are more optimistic tend to experience more positive and vivid future-oriented thoughts in daily life – they can easily see a positive future in their mind’s eye. Conversely, research indicates the opposite pattern for people who are depressed or have chronic low mood: they experience spontaneous positive future-oriented imagery less often, and it tends to be less vivid; in extreme cases, they might be completely unable to imagine anything positive happening in their future, even if they try.

It is easy to see how these differences in the experience of spontaneous mental imagery could have an impact in daily life. Imagery-rich mental time travel appears to be a ‘default’ activity that the mind turns to when it is otherwise unoccupied, meaning that such spontaneous imagery can be thought of as providing a kind of ‘background music’ to your life; the extent to which this imagery is relatively positive or negative could therefore have a broad impact on your mood and general outlook over the course of a day. The frequency and characteristics of spontaneous imagery might be even more consequential than the mental imagery we generate on purpose. Data from observational studies, in which participants kept a diary of spontaneous thoughts in daily life, suggest that spontaneously occurring future-oriented thoughts have a greater impact on emotion and behaviour than deliberate thoughts.

When this positive imagery popped into the woman’s mind, it seemed to have a positive impact not only on how she felt, but also on what she did next

Returning to the participant who had such an impact on my work, the depression intervention she’d completed included a series of training sessions, during which she and the other participants listened to audio descriptions of mostly everyday situations structured such that the outcome was uncertain (ie, things might go well or badly), but in fact they always resolved positively. As they listened to the recordings, the participants had to imagine themselves in the scenarios as they unfolded. Our rationale for the study was that, via repeated practice imagining positive outcomes for initially ambiguous situations in the training, participants would start automatically imagining positive outcomes for the similarly ambiguous situations they encountered in their daily life, counteracting the negative thinking styles that characterise depression.

For example, a scenario might begin: ‘You are having dinner at a friend’s, and they have also invited a couple of other guests whom you’ve never met before. You are talking about what you do and your interests, and you can tell that everyone is …’ At this point, someone with a negative bias might imagine everyone to be thoroughly bored and uninterested. However, the scenario then ends ‘… listening attentively and very interested to hear what you have to say.’ Crucially, this participant I interviewed told me that, while she was going about her day, these positive scenarios she had imagined during the training would sometimes pop back spontaneously into her mind – an outcome my colleagues and I had not anticipated. Even more exciting for us, when this positive imagery popped into the woman’s mind, she said it seemed to have a positive impact not only on how she felt, but also on what she did next. She gave an example of standing in the canteen one day at lunch and, as she picked up her tray of food and moved to sit down, the dinner scenario outlined above popped into her head. This prompted her to sit down with some people she did not know very well and become talkative and outgoing, whereas normally she would have sat quietly on her own.

I found these apparent effects of our intervention extremely striking and intriguing. Over the remainder of this study, and during a subsequent larger clinical trial, I started to ask participants directly whether they had had similar such experiences. Many of those participants who had experienced huge reductions in their depression symptoms told me they had experienced something similar. For example, one participant reported that a scenario about going for a walk and feeling invigorated popped into her head one day, and prompted her to go out for a walk – which she would not have normally done.

These accounts from participants started me thinking more seriously about the potential of using our simple imagery-based training intervention as a method to increase the occurrence of spontaneous positive imagery in people’s daily lives. Of course, what I’ve shared with you so far are only anecdotal reports, which isn’t robust evidence. More recently, my colleagues and I have therefore started to investigate this phenomenon experimentally. In a first lab-based study, participants completed a training similar to that in our clinical study: they listened through headphones to 40 brief (approximately 10 to 20 seconds long) descriptions of everyday situations, structured so that they started ambiguously but always ended positively. As before, participants were instructed to imagine themselves in the scenarios as they unfolded. This time, however, we asked them to carry a simple paper diary for the next three days and note any involuntary memories they experienced of the imagined scenes. Excitingly, we found the imagery procedure was successful in inducing involuntary memories (albeit only a small number) of the imagined positive scenes in the participants’ daily lives.

Exploring our data further, we found that it was the participants who generated more vivid imagery who experienced a greater number of related involuntary memories. Also, we included some of the imagined scenes in a memory test at the end of the lab sessions, and participants more often experienced involuntary memories related to these scenes. We are currently aiming to replicate these findings, and we’re also investigating further the relationship between recalling the positive training scenarios – whether deliberately or spontaneously – and potential clinical benefits for patients with depression.

For example, several studies have found that an exercise involving repeatedly imagining a ‘best possible self’ – a personal future in which events have turned out in the best possible way – can lead to increases in a tendency toward optimism. In a typical study, participants might spend about 15 minutes writing about their best possible self and future, then spend another 5 minutes visualising this future as vividly as they can, repeating this daily over a two-week period (if you search online for ‘best possible self intervention’ you will find detailed instructions to try this for yourself). Another technique that’s been tested as a depression intervention is to select specific positive memories that have special positive personal meaning for you, and then replay these vividly in your mind so that they become easier to recall when needed, for example when you’re feeling down or bad about yourself.

Once a positive event or image is stored in your memory, there are things you could try doing to increase the chance of it popping back to mind spontaneously later on. Most involuntary memories seem to be triggered by cues in the environment, such as sights, sounds or smells, although sometimes also by internal states such as other thoughts or internal bodily sensations (eg, hunger). To increase the occurrence of involuntary memories, try taking control of these cues. Many of us do something along these lines already, perhaps without thinking of it in this way ­– for example, by carrying photos of loved ones with us or having them as the background image on our phones.

A more sophisticated strategy might be to train pairings between commonly occurring cues in your everyday environment and specific positive memories. For example, one line of research has investigated using the ancient ‘method of loci’ technique to pair specific positive memories with landmarks on a frequently travelled route (eg, from home to work). So far, researchers have studied the effect of this technique only on deliberate recall, but it seems likely that pairing frequently encountered landmarks with positive memories or imagery could lead to a greater likelihood of this imagery being retrieved spontaneously, too. These suggestions remain somewhat speculative given the current state of the research, but as interest grows in this area so too will empirical support for these or other strategies.

In fact, drawing all the evidence together from observational, experimental and clinical data, it seems highly plausible that experiencing an increased amount of spontaneous positive imagery might help improve your mood and motivation, increase your sense of optimism and buffer you against stress. However, these propositions have not been tested directly. The hypotheses I’ve put forward about the functions and importance of positive imagery in daily life, and the potential benefits of increasing its occurrence, remain for now just that – hypotheses – based on or extrapolated from observational or otherwise indirect data. I’m hopeful that investigating these ideas further will open a wide range of possibilities to capitalise on the properties and functions of positive mental imagery in everyday life.