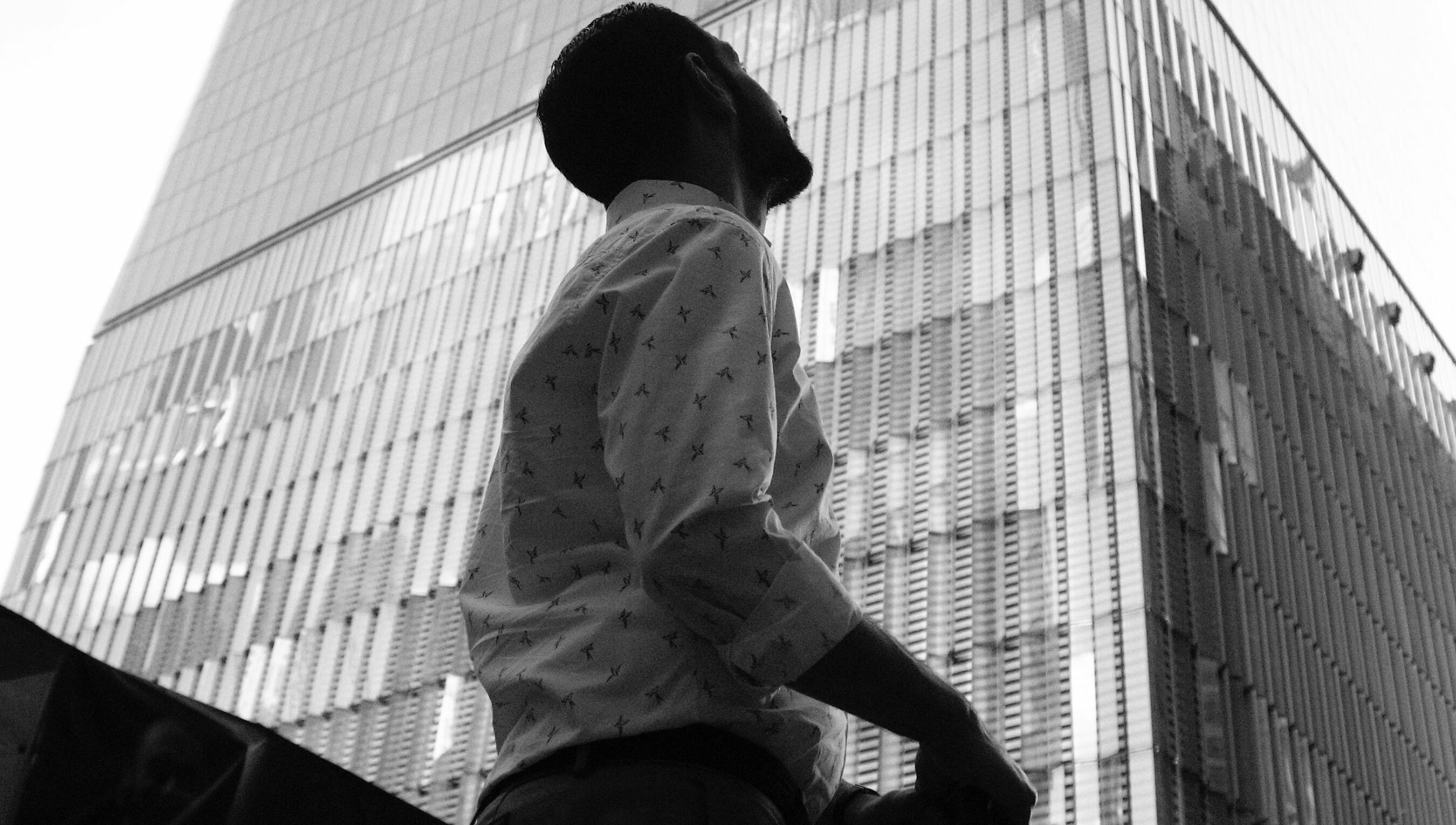 Life coaching is unregulated and growing rapidly. Should it be reined in?

is a psychiatrist, researcher and author at Stanford University in California, where he is director of the Stanford OCD Clinic. He has published several peer reviewed studies and four books, including Virtually You: The Dangerous Powers of the e-Personality (2011) and Compulsive Acts: A Psychiatrist’s Tales of Ritual and Obsession (2008).

Life coaches – and their close cousins, executive coaches – promise to improve people’s lives and careers, but they’re keen to emphasise that ‘coaching is not therapy’. As a psychiatrist, I’d long wondered how they managed to draw such confident boundaries. Then I saw Ed, a Silicon Valley executive, in my practice, and his story confirmed my doubts.

After graduating from engineering school, Ed rose rapidly through the ranks of his medical device company. As a former lab scientist, he lacked both traditional business training and management experience – but through a combination of hard work, fundraising prowess and good timing, he soon became a senior executive. Before he could appreciate what this meant or adjust to his new responsibilities, he had several dozen direct reports and oversaw a large portfolio of products. This all made him the perfect candidate for his company’s leadership training efforts, and they offered him two hours of executive coaching a week to help improve his game.

Some of the work with Ed’s coach was predictable. She emphasised that good leaders shift from managing things to managing people; she said leaders gain their sense of achievement through inspiring others to do something rather than doing it themselves. But alongside the expected, something surprising was unfolding. As Ed continued meeting with his coach, he began to experience flashbacks to the psychotherapy he had undergone years earlier, when he was struggling to recover from a breakup. Only now he wasn’t seeing an actual therapist.

Increasingly, he found himself debating the roots of his insomnia with his coach: was it worry about an upcoming presentation to the board, or a symptom of an anxiety disorder? When they discussed how he should manage his feuding colleagues, he started talking about his conflict-resolution skills within his marriage. When they debated how his personality meshed with his boss, he brought up clashes with his son.

He grew uncomfortable with how the professional seemed to automatically intertwine itself with the personal, and how the management tips he was being taught, helpful as they were, felt like psychological advice. In a moment of truth, Ed asked his coach what formal psychological training she possessed. When she told him she had no training in psychotherapy, he decided to end the coaching sessions for good.

The International Coaching Federation, founded in the United States in 1995, defines coaching as ‘partnering with clients in a thought-provoking and creative process that inspires them to maximise their personal and professional potential’. From origins in 19th-century sport and tutoring, the word coach entered the business lexicon in the late 20th century with the term ‘executive coach’, a professional who aimed to optimise leaders’ performance and guide employee development. Around the same time, the word took on a small prefix – life – that hugely expanded its purview. Thus was born the life coach: a professional who, theoretically, could help with anything.

It’s easy to become a coach. Aided by low barriers to entering the profession, coaching has grown into an industry of more than 53,000 practitioners worldwide in 2018. In the US alone, its market value exceeds $1 billion. In some respects, this growth is good. It says that as a culture we want to improve ourselves, and we’re willing to seek help. But where does this leave psychotherapists, whose focus can also include improving performance – at work and in all domains of living – and how do we keep the two professions distinct?

Coaching is intended for individuals without mental health problems. It’s also supposed to be more collaborative, brief, focused, future-oriented and informal than psychotherapy. Yet it must be difficult for a coach to come across as anything other than a therapist. Common topics for leadership coaches – performance maximisation, workplace relationships and professional anxiety – are the bread and butter of many a therapy session. The confusion is even greater with coaching outside of the work environment, which can encompass, as the ‘life coach’ moniker makes clear, just about anything.

More importantly, the idea that coaching is meant for clients with no psychiatric illness doesn’t really work in practice, since it carries a serious assumption: that coaches can recognise mental illness when they see it. Given that coaches are not required to undergo psychological training, this is a faulty and potentially dangerous differentiator. Indeed, clients themselves might not be aware that the nature of their problems are rooted in mental health issues, and that a therapist is more appropriate for their needs.

Psychotherapy itself has also changed, further blurring any attempted distinctions with coaching. Since ‘client-centred’ therapy emerged in the 1940s, the nexus of power within the therapy relationship has gradually shifted away from the God-like therapist figure toward a more equal partnership. Cognitive-behavioural therapy (CBT) further dethroned the therapist in favour of manualised, time-limited interventions that target specific issues in a granular fashion rather than explore problems open-endedly as in psychoanalysis. CBT is also more focused on the present and the future, rather than being preoccupied with the past.

Aided by the telemedicine revolution and around-the-clock access to therapy apps, the field of psychotherapy has evolved towards even more flexibility and less formality. There is flexibility around session time and location – ‘Emotions can’t be scheduled’ is the slogan of a popular mobile therapy platform. With some apps, even the therapist is optional. In other words, psychotherapy itself has changed as coaching has emerged. Those who argue that the two fields are separate make comparisons with a form of therapy that is no longer commonly practised.

But there is still a clear distinction: whether in person or online, psychologists and psychiatrists provide therapy in the context of heavily regulated, highly scrutinised professions. Despite coaching organisations calling for it, coaches still have no formal requirements for education, training or licensing, and largely practise in a legal and regulatory vacuum. One can understand, then, why formally trained therapists might have therapy-worthy fears of professional replacement. The situation mirrors gig economy takeovers, such as Uber versus cab drivers: the overthrow of an established profession by a new group allowed to operate under a different set of rules. Only when it comes to therapy, the ‘passengers’ to worry about might be vulnerable patients.

The solution is not to eliminate coaching. A new helping profession is a welcome development – the more help, the better. Instead, steps should be taken to make coaching safer and more responsible for everyone.

One possibility is that mental health professionals could screen potential coaching clients before they embark on coaching. Another is that coaches could complete formal training in mental health diagnostics, so that they could do this screening themselves. If a potential client was found to have high levels of psychological distress or a diagnosable mental disorder, they could be directed towards a therapist. Alternatively, a coach could play an adjunctive role to a mental health professional, who oversees the coaching process and provides targeted mental health treatment in parallel. Regardless of what regulatory elements are considered, there should also be more research into the efficacy and safety of coaching – in line with that of other psychological interventions.

Finally, there should be a conversation about the broader factors that have contributed to the rise of coaching. One possibility relates to the persistence of stigma around psychological treatment: our society is moving in more progressive, help-seeking directions, but still lagging behind in its acceptance of mental illness. People who are concerned about stigma might think that coaching offers a creative workaround – a malleable means of offering therapy under a different guise and a different name. While the motivation might be noble and understandable, the reality is scary. Coaching must be clearly defined and regulated, so that mental health interventions can be offered by the experts trained to deliver them.