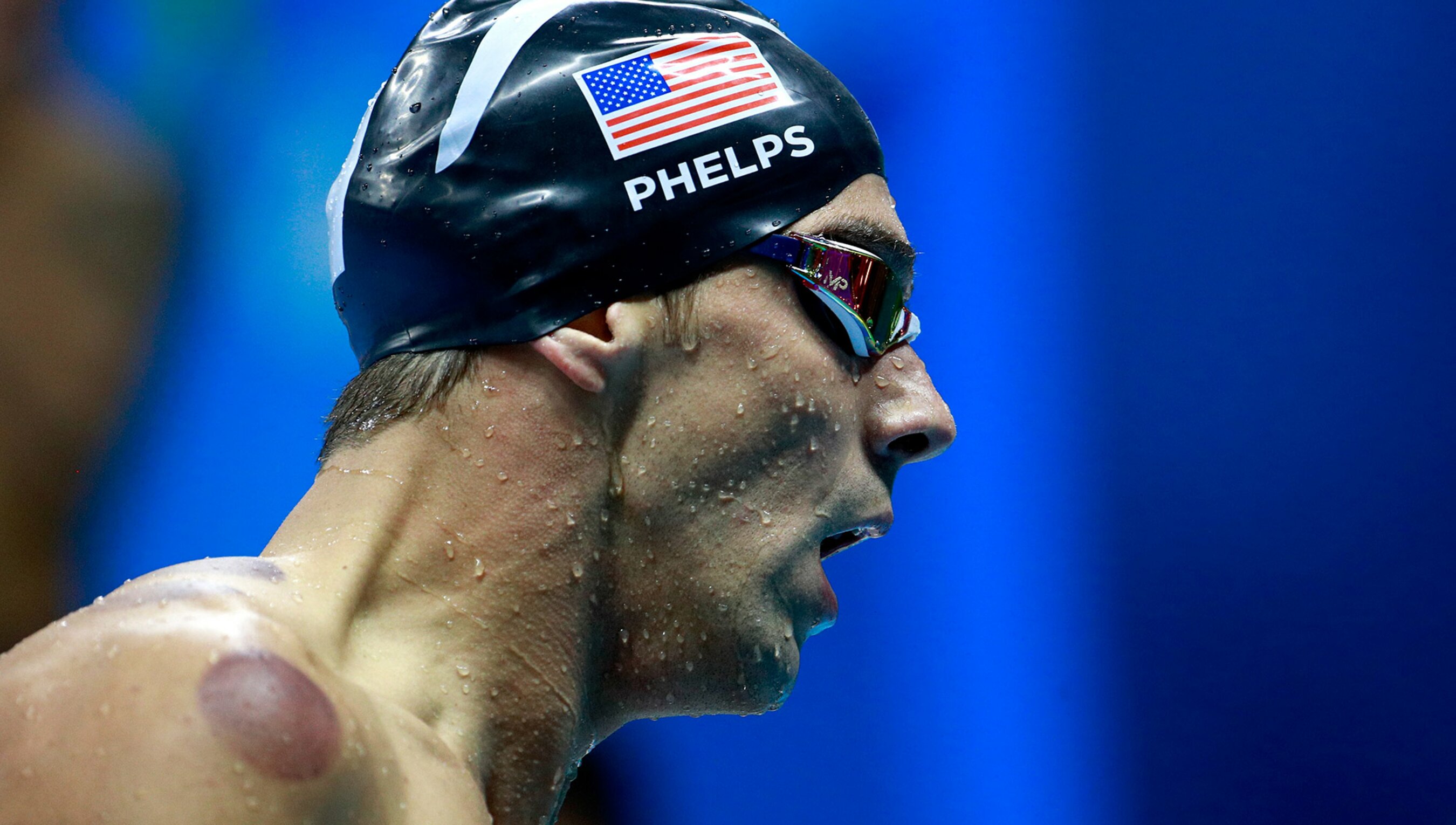 Why do so many athletes turn to extreme and unproven remedies?

is a senior researcher in applied physiology at Harbor-UCLA Medical Center and a columnist at Skeptical Inquirer magazine. He is the author of The Skeptic’s Guide to Sports Science (2020). He lives in Los Angeles.

Elite athletes typically train two or three times per day, six days a week. Such arduous training places their bodies under considerable strain, exacerbating the need for effective forms of recovery. As a result, athletes are prime targets for marketing rhetoric used in the sale of health and fitness products, many of which fall outside of the medical and scientific mainstream. Indeed, complementary and alternative medicine (CAM) is highly pervasive in sport, mostly for treating musculoskeletal issues. Some 50 to 80 per cent of athletes use alternative therapies compared with an estimated 40 per cent of the general public. This represents something of a paradox: athletes, who are generally at an increased need for effective recovery, are more likely to invest in unproven, potentially harmful interventions that are likely to be partially or entirely dependent on nothing more than a placebo effect.

To appreciate the bizarre and sometimes risky nature of some of the alternative medical practices used in high-level sport, it helps to consider some real-world examples. Take Michael Phelps, the most successful Olympian in history. When he lined up on the starting blocks for the swimming finals at the 2016 Rio Games, one could clearly see large, circular bruises across his back and shoulders. Those purple blemishes were the result of cupping – an ancient Chinese medicine that involves covering sites of soreness or injury with small glass cups, in which a suction is created using a suction device or a heated mechanism. Dry cupping is premised on the idea that the suction will stimulate ‘energy flow’, whereas wet cupping involves piercing the skin and bleeding the area to remove ‘stagnant blood’ and toxins. Cupping has been widely discredited by the scientific community, with numerous reports showing no benefit beyond basic placebo effects that hinge on the recipient’s expectation of, and belief in, the intervention’s benefits. At the same time, there is evidence that cupping is potentially harmful, causing skin burns and possible infection, making it difficult to justify the practice.

Or consider ‘whole-body cryotherapy’ – another alternative therapy popularised by high-profile athletes, such as the basketball player LeBron James and the boxer Floyd Mayweather, and embraced by teams in the NFL, NBA and professional soccer. Athletes use it on the premise that it reduces muscle and joint inflammation. In this way, whole-body cryotherapy exploits the same conventional wisdom that, for decades, saw ice baths being used to treat sore muscles when, in fact, ice bathing likely has a detrimental effect on muscle repair after strenuous exercise. During a typical two- to four-minute cryotherapy exposure, the athlete enters an upright tank about the size of a large closet. Inside, the air has been cooled to between -150°C (-238°F) and -200°C (-328°F). Commercial claims propose that the intervention promotes ‘faster recovery, anti-inflammation, pain management, enhanced mood, stress, skin, and sleep’, but the scientific evidence to support those claims is unconvincing. Despite this lack of evidence, many athletes at the 2021 Tokyo Olympic Games used cryotherapy.

Here’s one further, even more extreme example of alternative-therapy use by a high-level athlete. In 2009, Robin van Persie, widely regarded as one of the best soccer strikers of his generation, tore ligaments in his ankle while playing for his native Netherlands in a friendly against Italy. To expedite his return from injury, Van Persie visited a physiotherapist who massaged horse placenta onto his injured ankle. According to media reports at the time, Van Persie stated: ‘I will fly to the Balkans to meet with a female doctor … She is vague about her methods but I know she massages you using fluid from a placenta. I am going to try. It cannot hurt … I have been in contact with Arsenal physiotherapists and they have let me do it.’ There is no scientific consensus on the benefits of horse placenta for ligament injury, nor is there a plausible mechanism of action for its purported benefits. Nevertheless, Van Persie’s statement offers a valuable insight into a key motive behind his decision: ie, What’s the harm?

There are multifaceted reasons why athletes are drawn to alternative therapies. First and foremost, all humans are conditioned for the ‘quick fix’. We evolved to take mental shortcuts called heuristics that lead to rapid but imperfect solutions, and this seems to especially manifest when we make decisions regarding health and fitness. Proponents of some alternative therapies exploit this economy heuristic by offering grand rewards for comparatively little investment. Indeed, marketing strategies are designed to exploit biases in human reasoning in order to sell products. Athletes are particularly susceptible because elite sport encourages a ‘win at all costs’ mentality. With all but the highest earners making modest salaries, athletes are under intense pressure to perform to secure prize money and sponsorship. Moreover, they are perpetually conscious of the way in which sporting successes influence their career trajectories. When the difference between gold and silver can be infinitesimally small, it is perhaps understandable that athletes will often pursue any potential advantage they can, regardless of how alternative it might seem.

Second, placebo products can have powerful psychobiological effects. Some experts consider psychological advantages in sport to be more important than physical ones. When an athlete is tired and in pain, desperate to get back to training, scientific integrity may not be at the forefront of their minds. Most elite athletes (67 per cent), when surveyed, said they would happily engage in a placebo-mediated deception as long as it were effective at improving their performance. I have been there myself. As an ultramarathon runner, I usually finish races with blistered feet and damaged muscles. Eager to get back on the trails, I have been tempted to try any number of ‘therapies’ on the off chance they would expedite my recovery.

Another explanation for the popularity of CAM in elite sport is a dissatisfaction in or distrust of conventional science, and/or a rejection of societal norms. Regarding nutritional advice, many athletes admit to trusting the opinions of their peers over those of qualified experts, and this is a symptom of a broader societal problem. As discussed by the US academic Tom Nichols in his book The Death of Expertise (2017), the past decade has seen an upswing in anti-science movements and unprecedented attacks on scientists around the world, including harassment from climate-change denialists and the anti-vaccine lobby. As such, a therapy can become popular simply because it defies the established order.

Athlete sponsorship is yet another important factor. For winning an Olympic gold medal, US athletes receive only $37,500 in prize money, while British athletes receive no prize money at all. Accordingly, many athletes choose to strike sponsorship deals with marketing agencies, often leveraging their large social media followings into an advertising base. It is axiomatic that this says nothing of the product’s efficacy.

Finally, professional athletes rarely train and recover in isolation. Most athletes in the West, particularly at the elite level, are supported by a network of physicians, physiologists, nutritionists and psychologists, and they often become dependent on their coaches and scientific advisers for many aspects of their training, nutrition and recovery. Although interventions are generally discussed as a group, sometimes choices are made by the performance director or coach that then filter down to the athletic squad. Accordingly, the respective teams of Phelps, LeBron and Van Persie were at the very least complicit in the use of CAM, and this speaks volumes about the perceived importance of a ‘psychological edge’ in elite sport.

Indeed, when 96 coaches from regional to international level were surveyed, about 44 per cent disclosed that they had tried to influence their athletes’ performances using placebos, with the greatest prevalence (60 per cent) at the elite level. In addition, a survey of the American Medical Society for Sports Medicine revealed that 88 per cent of physician members had prescribed at least one type of CAM for sports medicine pathologies in the preceding year, mostly chiropractic, acupuncture and yoga. Thus, many athletes likely use CAM and other placebos because they were prescribed to do so by their coaches and doctors. Other evidence suggests that around 10 per cent of athletes would take an ‘unknown supplement’ from their coach without questioning its effects or legal status. This offers an insight into how some athletes consider that the ends justify the means.

Unfortunately, the widespread use of CAM in health and sport could have profound adverse implications for clinical practice. On the basis that they might be seen as authorities in health and fitness, and given the influence they have on their large social media followings, revered athletes are considered to have pioneered rising trends in the use of CAM among the wider population, and not only for sports purposes. Indeed, it is impossible and unrealistic for high-profile athletes to condone placebo-based interventions only for minor ailments and sports performance. Inevitably, some individuals with a sincere belief in the effectiveness of a CAM will attempt to use it to treat a potentially serious condition, sometimes with fatal consequences. There are many media and scientific reports to that effect. In fact, online databases have documented close to 370,000 deaths and approximately $3 billion of economic damages over the years attributable to the use of unproven and unregulated alternative therapies. Some specific, relatively widespread practices, such as chiropractic and acupuncture, come with documented cases of injury and death.

It might yet be possible for alternative treatments to complement those endorsed by modern science, but safe practice requires drawing a clear distinction between the use of those ‘therapies’ for minor sporting issues and their use in place of modern medicine. There is no evidence yet that such a distinction is consistently possible. Moreover, advocating for the use of so-called ‘placebo products’ requires medics and scientists to compromise their intellectual integrity for the sake of sporting performance, with potential downstream implications for population health and clinical practice.

One solution that has been proposed is for athletes and coaches to invest their resources in performance aids that are underpinned by both empiricism and powerful expectation/belief effects – for example, supplements such as caffeine that have both physiological and psychosomatic outcomes. In doing so, the industry can strive to optimise sports performance while retaining its ethical standards.

Unfortunately, pseudoscience remains a major barrier to both evidence-based practice and science education. Moreover, by using strategies that merely seem scientific, athletes risk squandering time and resources on ineffective means of fast-tracking performance rather than focusing on more influential factors, such as training programmes, nutrition and rest/recovery. I believe there must be greater efforts to integrate critical thinking into grassroots education, so that athletes, and the population at large, are able to better distinguish science from pseudoscience, and information from misinformation. In turn, this will almost certainly inform better decisions, behaviours and policies at all levels of society.