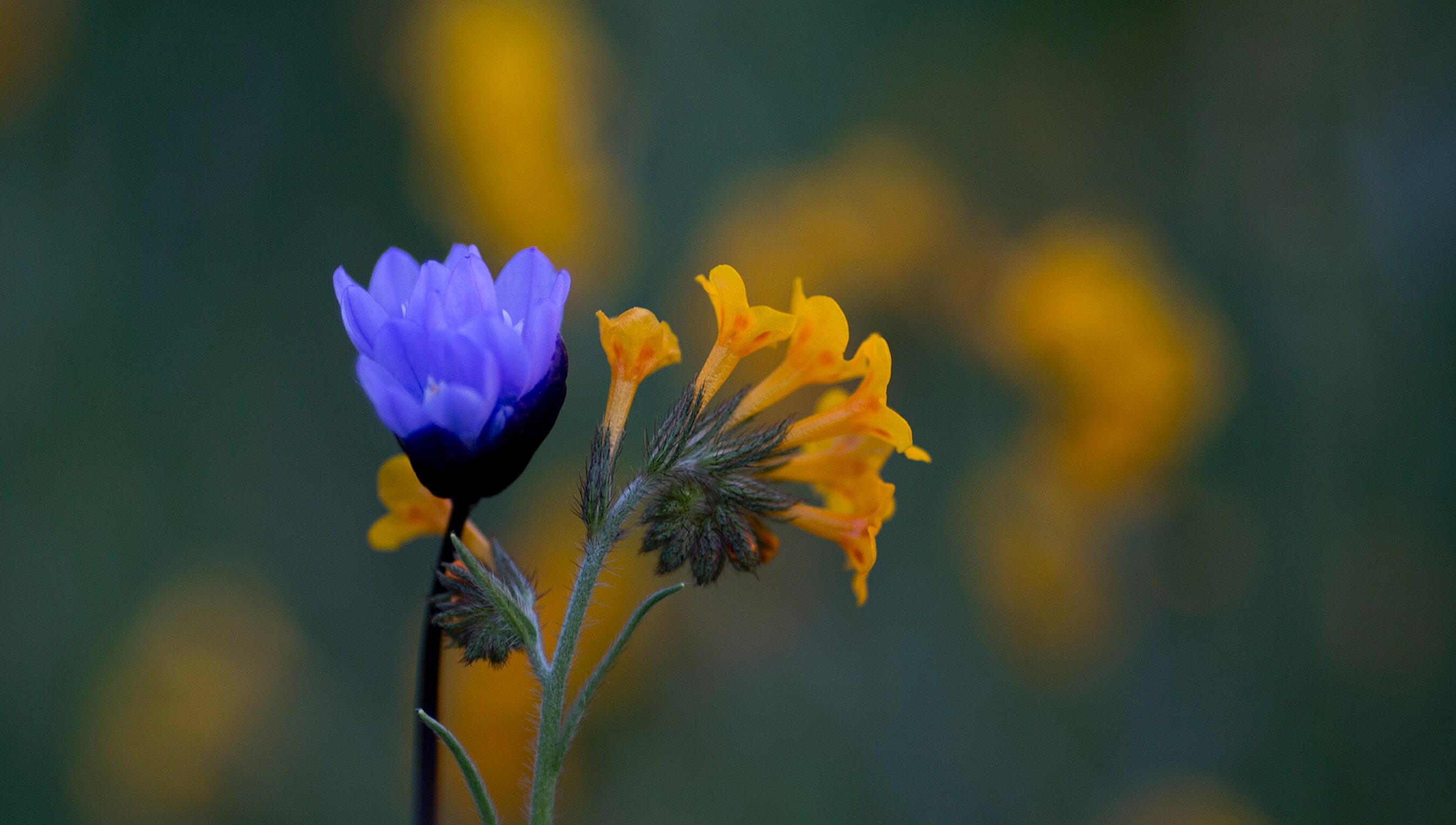 Slow down, it’s what your brain has been begging for

is a postdoctoral fellow in the Department of Psychology at the University of Arizona. She is interested in how the brain changes as we age. She blogs at Curious Cortex, and her writing has also appeared in Scientific American, HuffPost Science, and Medium, among others. She lives in Tucson.

It wasn’t until I moved to the desert that I noticed the rain. Pregnant dark clouds smudge the sharp contrasts drawn by the punishing summer sun. The palette changes from verdant amber to moody violet. A sweet earthy smell wafts through the air. Bird songs and cricket chirps are hushed, replaced by booming clouds and howling winds. A pause. And then, in a grandiose and fearsome display, mile-wide opaque curtains of rain drench the scorched earth.

In the desert, the monsoon season slows down the pace of life and refreshes the arid landscape. In this time-pressed, deadline-obsessed, attention-less society, a monsoon season is what our brains are thirsting for.

Attention shapes our entire experience of the world. As defined by the Spanish philosopher José Ortega y Gasset in 1940, attention is ‘the function charged with giving the mind its structure and cohesion’. Yet, our attention is not our own. A third of all Americans clock 45 hours or more of work per week, with 8 million reporting 60-plus hours. Our down time isn’t ours either. Compared with 1940, individuals now consume almost 90 times more screen-fed information. That’s 82 hours per week – or 69 per cent of our waking hours. That’s a lot.

Even though the brain is a marvel of neurobiological engineering, it cannot sustain this type of data onslaught. Our focus drops off after somewhere between 90-120 minutes, with multitasking creating a ‘bottleneck’ effect, clogging information from one part of the brain to another. No wonder we engage in daydreaming 47 per cent of the time: we simply can’t keep up with today’s attentional demands.

Paying attention and daydreaming arise from activity between two brain networks. In the same way that a seasoned conductor unifies the sound of performers and controls the pace of the music, the executive control network (ECN) masterfully integrates and directs the activity of different brain regions to complete a specific task. During intermission, the conductor leaves the stage, and the default mode network (DMN) raises the house lights for a mental break. The DMN underlies delicious escapes into one’s own past or future, expansive imaginary flights into the plots of books or movies, and even manipulations of moral gambits. Ideally, the two networks oscillate in opposition: the intermission does not interrupt the performance, and the performance does not start unexpectedly during the intermission. This see-saw action creates harmonious mental states associated with increased creativity, mindfulness, and psychological wellbeing.

A perpetual state of distraction is not just personally detrimental, but societally devastating

For some, however, there is no harmony. Unforgiving work schedules, demanding family lives, negative news cycles and a social media addiction fracture attention and disturb the delicate balance between the ECN and DMN. We remain in a perpetual state of distraction. In a speech to an audience of college students in 2009, the US essayist William Deresiewicz warns that, by spending too much time on social media and chained to the news cycle:

You are marinating yourself in the conventional wisdom. In other people’s reality: for others, not for yourself. You are creating a cacophony in which it is impossible to hear your own voice …

With no access to our own personal music that relies on sparking the brain’s DMN, melodies conducted by an erratic ECN become discordant, and mental health is severely compromised.

This permanent obsession with speed, as Milan Kundera noted in the novel Slowness (1995), ‘is the form of ecstasy the technical revolution has bestowed on man’. Each piece of technology seductively blinks, beeps and chimes, begging for our attention. In her Master’s thesis while at Stanford University, Devangi Vivrekar catalogued several forms of persuasive design used by sites such as Facebook and LinkedIn. Here are some you may be familiar with, and why they are effective:

In the same way that a dog is rewarded with a treat, when we succumb to a notification, waves of dopamine surge through our brains, giving us a sense of pleasure. Over time, this addictive pattern erodes the natural cognitive coastline, making us slaves to our devices.

A perpetual state of distraction is not just personally detrimental, but societally devastating. Through a phenomenon called attentional bias, perception can be affected by select environmental factors. For example, attentional bias can be used to elevate fear levels by bombarding someone with threatening stimuli, such as fearful propaganda. Fear, in turn, can influence our unconscious, implicit biases, and lead to aversion toward groups of people we once thought harmless. If paying attention truly creates our reality, then what we pay attention to determines our actions within that reality.

Laziness is not something we need to fix or overcome with caffeine or longer hours, but a sign that you need to slow down

On 11 March 2020, the world’s frenetic rhythm stopped. Soon, the COVID-19 pandemic placed the world in lockdown and, for some, afforded a much-needed mental slowdown. In what has been termed the Great Resignation in the United States, millions quit their jobs. Many realised that ‘Productivity is a trap. Becoming more efficient just makes you more rushed, and trying to clear the decks simply makes them fill up again faster,’ as Oliver Burkeman writes in his book Four Thousand Weeks: Time Management for Mortals (2021). Slowing down during the pandemic allowed the DMN to illuminate the harsh reality of our unbalanced daily routines.

Inevitably, the world will return to its frenetic rhythm. But we don’t have to. In his book Laziness Does Not Exist (2021), the social psychologist Devon Price writes personally about burnout, and explains that laziness is not a deficit or something we need to fix or overcome with caffeine or longer work hours, but is actually a sign that you probably need to slow down. While countries such as the United Arab Emirates and Iceland are adopting shorter working weeks, some argue that expanding the weekend is as helpful as slowing down the pace of the working day, so that a proper balance between DMN and ECN can be found.

One way to achieve a new rhythm is by reconnecting with our senses. So deep is our disconnection that we seldom notice the natural world around us. In her book The Anthropology of Turquoise (2002), Ellen Meloy advises:

Each of us possesses five fundamental, enthralling maps to the natural world: sight, touch, taste, hearing, smell. As we unravel the threads that bind us to nature, as denizens of data and artifice, amid crowds and clutter, we become miserly with these loyal and exquisite guides, we numb our sensory intelligence. This failure of attention will make orphans of us all.

Simply walking in nature – or, as the Japanese call it, shinrin-yoku – has been shown to reduce blood pressure and increase relaxation. Attuning to nature’s rhythm has also been associated with reduced neural activity in brain areas linked to risk for mental illness and inspired the attention restoration theory, which holds that nature replenishes our ability to concentrate and pay attention. Paying attention to the moment during a walk shifts focus away from the internally generated, anxiety-provoking scenarios, creating much-needed space.

A present-oriented mindset is one of the hallmarks of resiliency, the ability to beneficially reshape our emotional landscape during and after a stressful event (such as a global pandemic). Neuroscience research has shown that mindfulness in highly resilient individuals operates much like a conductor leading a soothing melody while the DMN keeps the lights dimmed low. In a similar vein, deep listening – the practice of giving attention to what is perceived both acoustically and psychologically – has been shown to not only foster personal resilience but to bridge divides between those of different backgrounds. In the same way that negative attentional bias can create fear-based perceptions, positive attentional bias can increase social engagement and decrease emotionally withdrawn behaviour. If we can control what we pay attention to, why not refocus our lens towards the positive aspects of the present moment?

In her book How to Do Nothing: Resisting the Attention Economy (2019), the artist Jenny Odell describes how, through the simple act of learning to identify local plant and animal species, her preconceived reality was deconstructed:

[Attention] can also mean the discovery of new worlds and new ways of moving through them … It can open doors where we didn’t see any, creating landscapes in new dimensions that we can eventually inhabit with others. In so doing, we not only remake the world but are ourselves remade.

It is no small task to live a life of sustained attention. It wasn’t until I moved to the desert that I noticed what happens after the rain. The temperature drops, the air freshens with the sticky scent of desert sage, and a variety of animals emerge from their underground homes, adding to the chorus of chirps and croaks. I too, surface anew.

Mind and brainNeuroscienceFocus and attention
1 June 2022 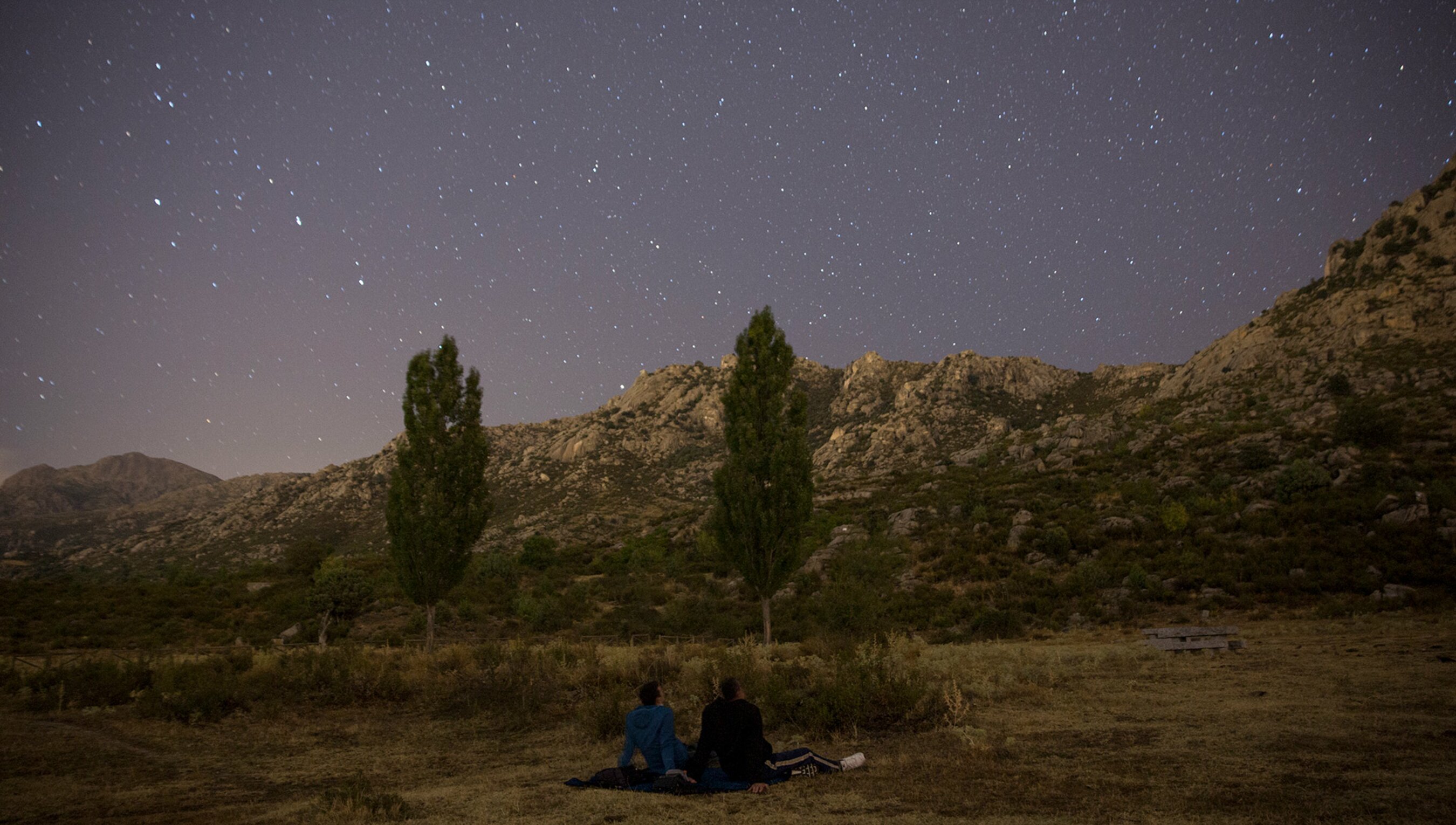 Nature and the environment

Why people across the world see constellations, not just stars 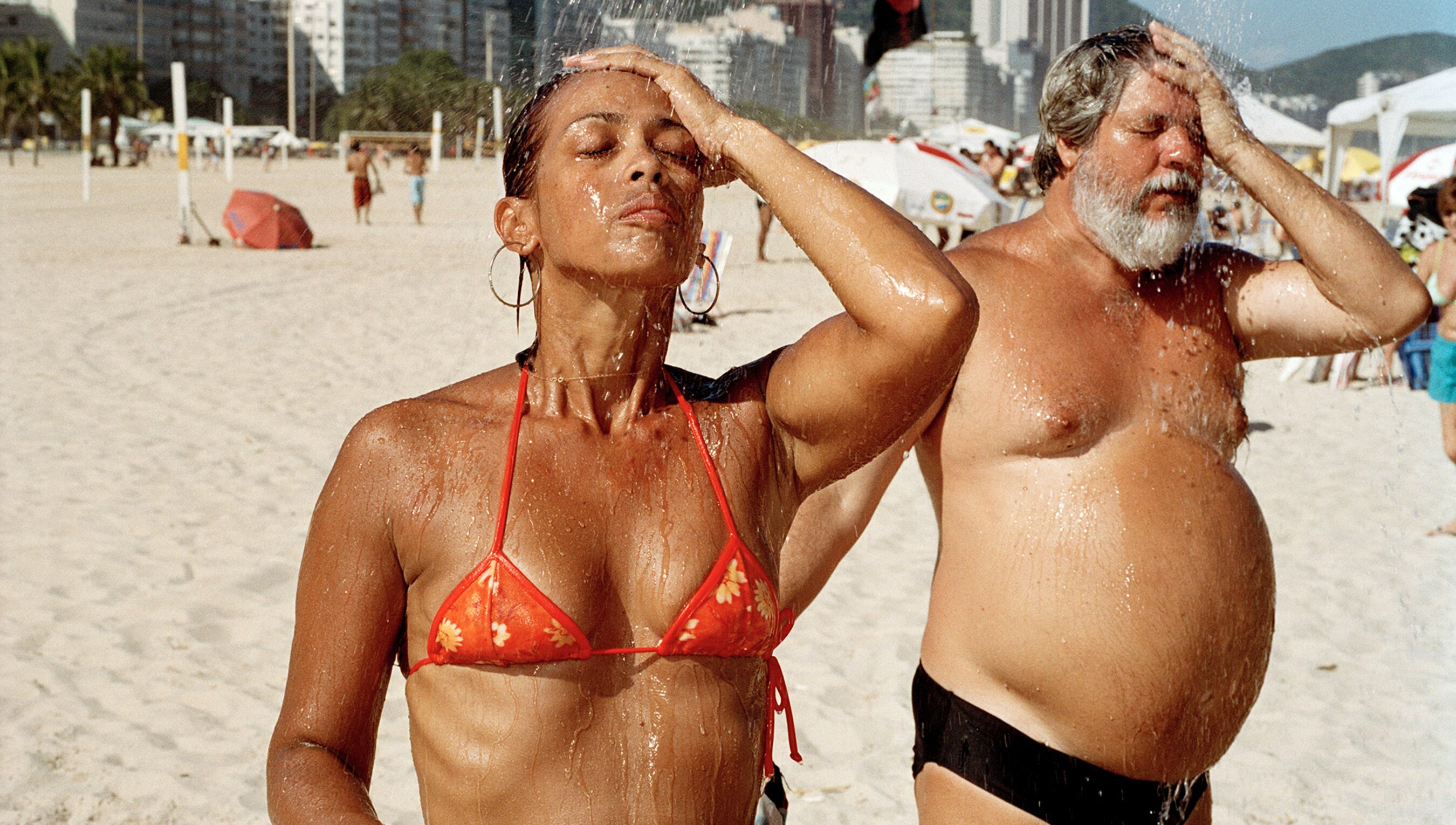 What sex-difference science misses about the messy reality of sex 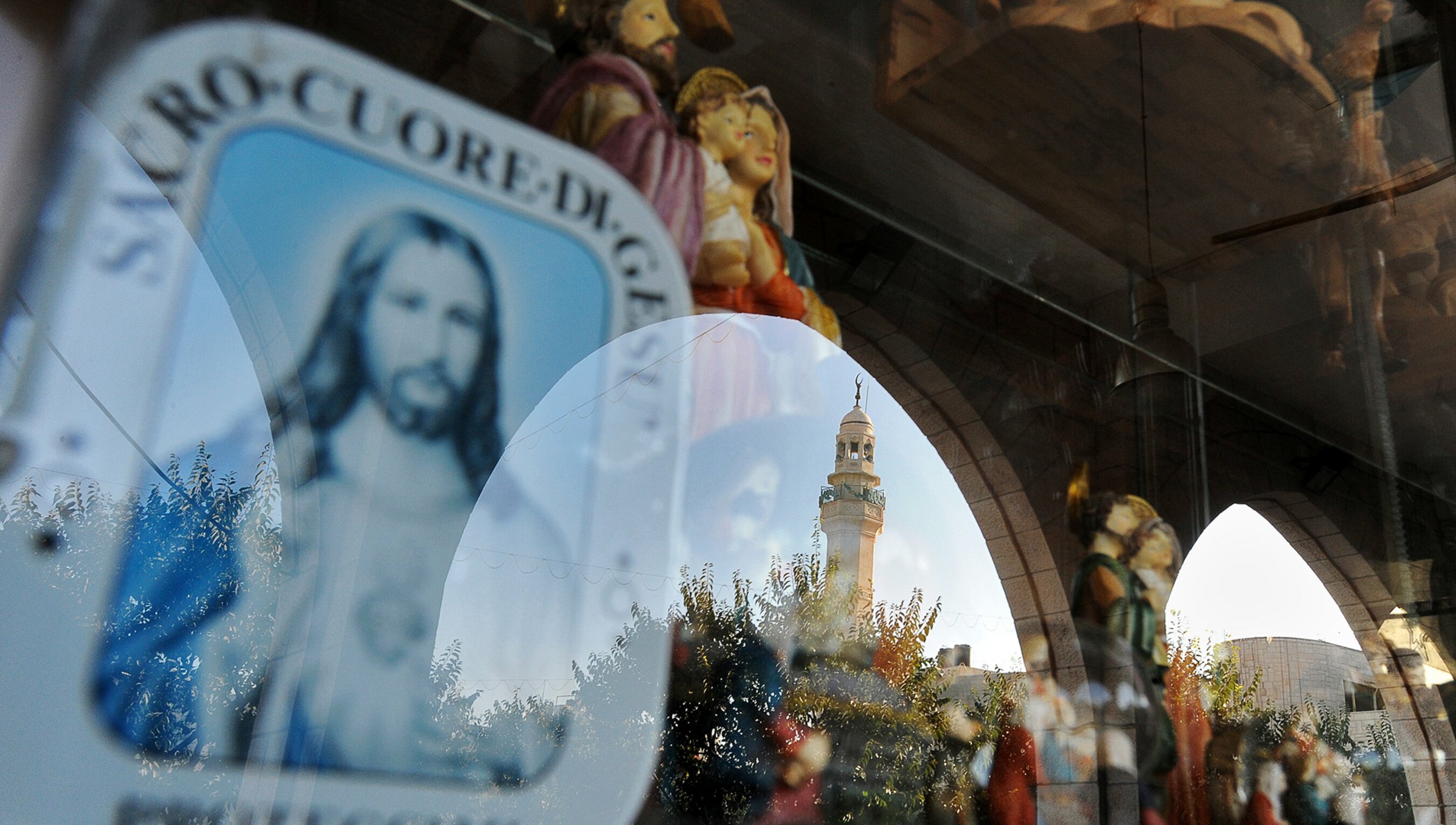 One good way to understand religion is to break it apart