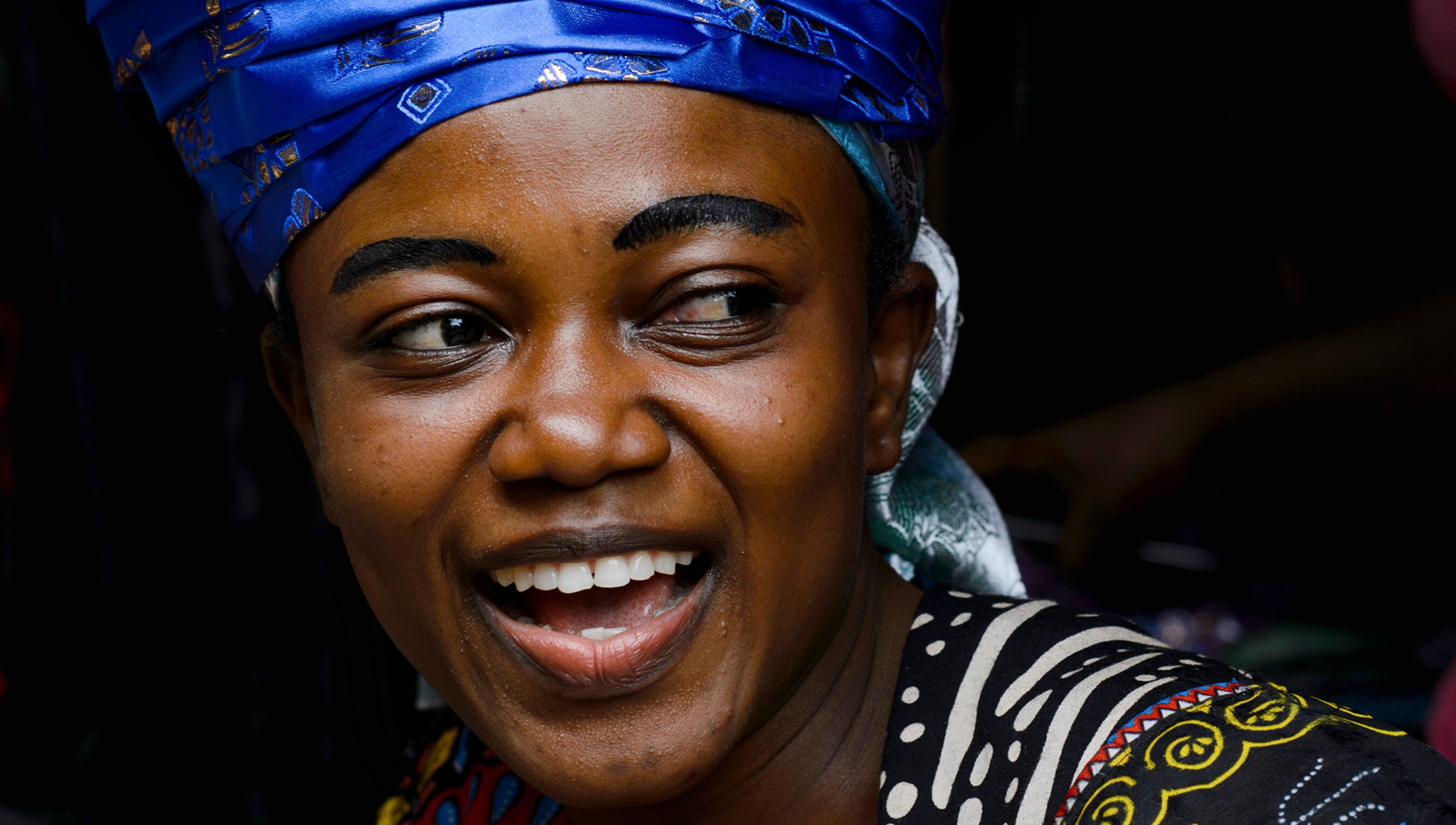 The fascinating science of pleasure goes way beyond dopamine

is a neuroscientist and author. His books include The Idiot Brain (2016), The Happy Brain (2018) and Psycho-Logical: Why Mental Health Goes Wrong, and How to Make Sense of It (2021). He lives in Cardiff, Wales.

If you’ve been a neuroscientist for two decades and counting, you take notice when your field begins popping up in the mainstream discourse. While this is usually a good thing (it’s mostly helpful when one’s field receives public attention), it can also go too far, introducing confusion and misunderstanding into an already complex matter.

Case in point: dopamine, one of the many, many chemicals (aka neurotransmitters) found in the human brain, where it has many functions. However, if you were to go solely by the context in which dopamine is mentioned in much of modern culture, you’d be forgiven for concluding that it has just one fundamental, very specific, function in the human brain – producing happiness and pleasure.

‘Here’s How To Boost Your Dopamine Levels’; ‘Simple Tips To Get Your Dopamine Flowing’; ‘The New Trend For Dopamine Fasting’; ‘This [Website/App/Device/Activity] Is Compelling Because It Manipulates Your Dopamine System’: these are just a few examples from online news stories and blogs, out of tens of thousands. The overall message from such articles is consistent and clear: the more dopamine there is in your brain, the more pleasure you experience, and the happier you will be.

To be fair, it’s by no means a bad thing if people are more aware of the biological workings of their brains, and dopamine is indeed an integral component in the neuroscience of how we experience happiness.

Our ability to experience pleasure, as in the fundamental sensation of something being enjoyable or ‘nice’, is a product of what’s known as the ‘reward pathway’, a small but crucial circuit found deep within the brain. As you might suspect, dopamine is the main neurotransmitter involved in the function of the reward pathway. Hence why it’s often called the dopamine reward pathway. So, if the activity of dopamine in the brain makes a vital contribution to the sensation of pleasure, and pleasure is a key aspect of happiness, then it stands to reason that boosting your dopamine levels will make you happier, right?

There’s a superficial logic to this way of looking at things. Unfortunately, the logic doesn’t hold given the daunting complexity and interconnectedness of our brains. There’s a wealth of evidence to demonstrate that simply ‘boosting your dopamine’ doesn’t automatically result in happiness. And it comes via research into Parkinson’s disease.

Dopamine is to happiness what petrol is to a car: integral to making it work, but if you fill your car with petrol till it’s leaking out the windows, it wouldn’t help anyone

Basically, levodopa directly boosts dopamine levels. If increasing dopamine levels in the brain automatically led to pleasure and happiness, then levodopa should be one of the most popular recreational drugs in history. But that’s not the case at all. Taking levodopa is actually quite unpleasant, hence why you don’t see Parkinson’s patients in a constant state of euphoria.

Clearly, a blanket increase in dopamine doesn’t trigger a corresponding increase in happiness. It makes you feel worse, if anything. This isn’t to say that dopamine isn’t a key biological contributor to our ability to feel happy; it’s just that there’s so much more to it than that. You could say that dopamine is to happiness what petrol is to a car; it’s an integral part of making it work, but if you were to literally fill your car with petrol, to the point where it’s leaking out the windows, that wouldn’t help anyone.

The truth is that the action of the reward pathway, and therefore our experience of happiness and pleasure, is determined by so many more factors than just how much dopamine is sloshing around in our brains. Yes, dopamine is necessary for the reward pathway to function, but many other chemicals are involved in various ways.

Endorphins, the brain’s natural opiates, are an obvious example. The opiate class of drugs (heroin, morphine, etc) interact with the opioid receptors in the brain and nervous system that the endorphins lock on to. Both endorphins, and the associated drugs that mimic them, stimulate activity in the reward pathway, inducing a sense of euphoria. This is why drugs that mimic endorphins are such potent narcotics. Again, the story is complicated, though. Rather than inducing pleasure or ‘making us happy’, the primary biological role of endorphins (and opiate drugs) seems to be more to do with preventing or managing pain.

Oxytocin, a neuropeptide, is another brain chemical that’s often mentioned in the context of happiness. Regularly referred to as ‘the cuddle hormone’ or ‘the love hormone’, oxytocin receives attention for the potent roles it plays in interpersonal relationships and human bonding. It’s released in response to positive social experiences and acts directly on the reward pathway neurons, which contributes to us feeling good about interacting with others in beneficial ways. Oxytocin levels are especially high during sexual or reproductive activity, which helps to explain why our lovers and offspring can be such a potent source of happiness.

Saying that, oxytocin doesn’t just ramp up positive emotional encounters. It seems to amplify all emotional encounters, even the negative ones. So, once again nuance is required, and calling it a ‘happiness-producing chemical’ is clearly not the whole story.

Serotonin is yet another brain chemical involved in happiness. It’s the neurotransmitter that’s targeted by the most commonly prescribed modern-day antidepressants, so surely it has an important role in making us happier? Well, not quite. It’s more of a mood and emotion modulator. Its presence means the neurological systems that control mood are better able to do their job. It essentially makes it easier for our brains to experience happiness and pleasure. If achieving happiness was the goal of a video game, serotonin wouldn’t be the hero, it would be the wizened old man handing out healing potions and power-ups. Helpful, sure, but indirectly.

There are yet more brain chemicals, lesser-known in the mainstream (but technically more important in the brain), that also have important roles in our experience of happiness. For example, glutamate is seldom mentioned in the trendy articles about wellbeing, despite being the most abundant and major excitatory neurotransmitter in the mammalian brain. Maybe that’s why it doesn’t get much media attention – it does too much for any one particular function to be attributed to it. However, one of these functions is activating the reward pathway. Indeed, the drug ketamine stimulates parts of the glutamate system, which could explain why it’s so potent and yet another popular narcotic. Researchers are also investigating the potential of ketamine as an antidepressant, further pointing to the role of glutamate in happiness.

Last but not least, consider the important role in happiness of GABA (gamma-Aminobutyric acid), the most common and potent inhibitory neurotransmitter in the human brain. While the majority of other neurotransmitters are excitatory, meaning they cause more activity in the neurons they interact with, GABA does the opposite – it suppresses or shuts down the activity in the neurons that it comes into contact with. GABA is like a red traffic light. If anything, this makes it more important; imagine a city traffic system that had only green lights.

Thus far I’ve suggested that pleasure, via activation of the reward pathway, is a core part of happiness, so it might seem odd for GABA, an inhibitory chemical, to play a role. But bear in mind that happiness can be caused by the absence of stress, or other negative emotions, leaving us happier by default. Indeed, among many of the neural areas that GABA ‘shuts down’ are those involved in stress and negative emotions. Moreover, a loss of GABA activity from brain regions involved in emotion, such as the amygdala, is thought to contribute to a number of anxiety disorders. Benzodiazepines, such as diazepam (originally marketed as Valium), work primarily by inducing the activity of GABA. Same goes for their chemically very similar, but even more potent predecessors, barbiturates. The fact that both benzodiazepines and barbiturates cause us to experience pleasure and are highly addictive (especially the latter) strongly suggests that GABA, despite shutting things down, can readily turn up our happiness.

I’m not arguing that these various brain chemicals, particularly dopamine, don’t have important, even crucial, roles to play in our experience of happiness. They clearly do. And maybe it’s good that our cultural view of happiness and wellbeing is gradually becoming more scientific in nature, rather than spiritual or ideological or anything else less tangible, and thus far more open to interpretation (and beneficial manipulation).

But there’s also the old maxim of a little knowledge being a dangerous thing. What concerns me isn’t so much the number of people insisting that dopamine is an important factor in how happiness works in our brains. I’m more troubled by the frequent implication, with varying degrees of extremity, that it’s the only factor at work; that dopamine is to happiness what the flow of hot water is to a shower.

As I’ve hopefully illustrated, this just isn’t the case. Insisting otherwise, whether intentionally or not, is unhelpful. And the thing is, even all that I’ve said here, as complex and as confusing as it might have seemed at times, is only one facet of a much bigger picture. It’s more helpful to look at the whole system, no matter how much we might want to break it down into individual components.

What I’m getting at is that the experience of happiness is an integral part of our mental health and wellbeing, and reducing it to a matter of basic chemicals – especially just one – is inaccurate and overly reductionist. It also risks the same logic being applied to other aspects of the human psyche. When complex conditions are viewed purely in terms of basic chemical interactions, we risk ignoring the complex psychological and sociological factors that determine a person’s wellbeing.

A lot of time and effort has gone into moving away from such a reductionist approach to mental health. If we go back to it, nobody’s going to be happy. Regardless of how much dopamine there is in their brain.