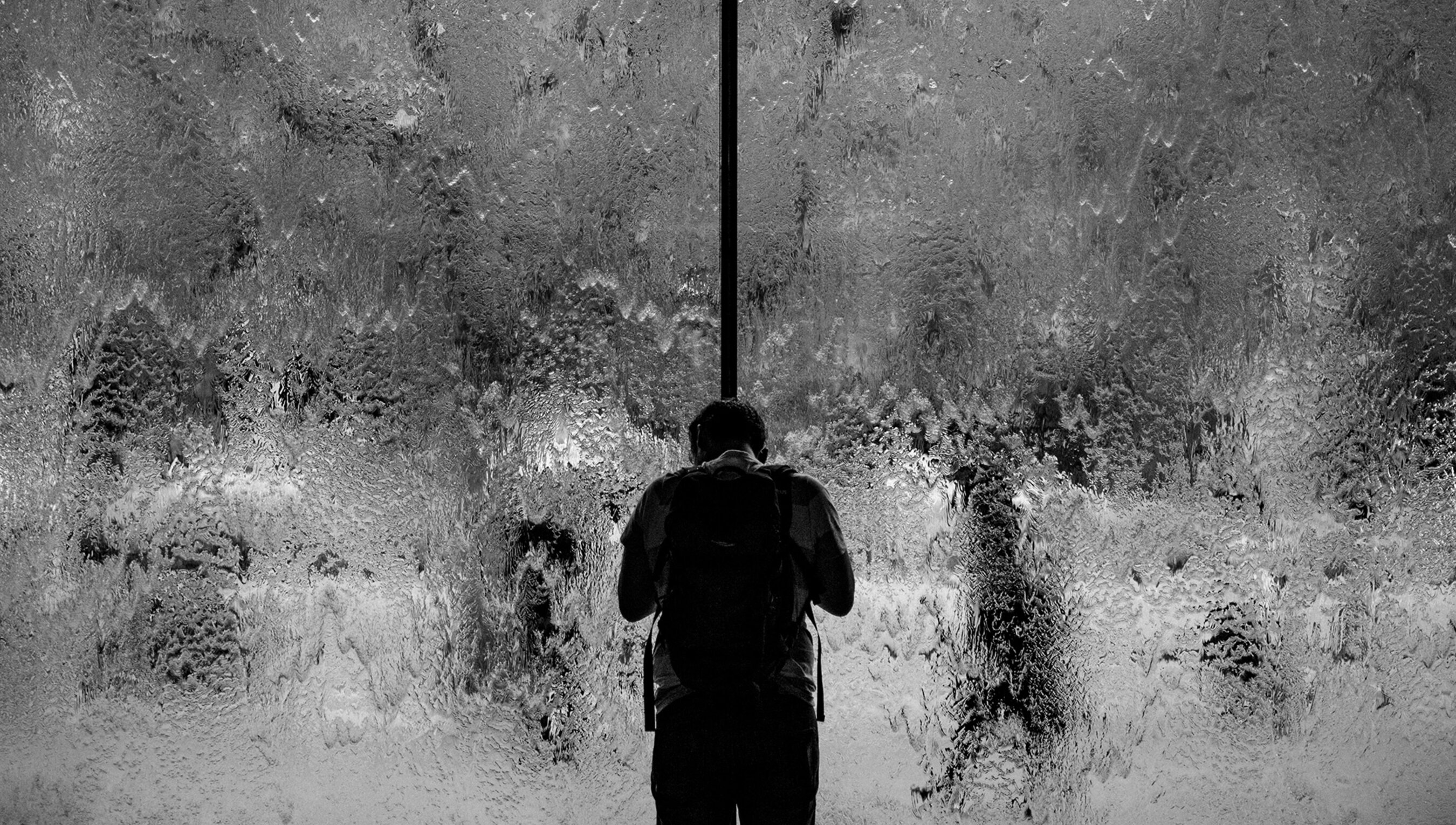 After Jenna discovered that her boyfriend was cheating on her, she went into an emotional tailspin. She was ‘crying all the time’, struggled to attend her university classes, slept a lot and avoided situations she normally enjoyed.

In recounting her emotional reaction, Jenna stressed to me its unreasonableness. Given that she and her boyfriend hadn’t been dating for long, she felt that she shouldn’t have been so upset. After a month, she decided that something was seriously amiss and that she needed professional help. She recalled her psychiatrist diagnosing depression and telling her the problem might be caused by a chemical imbalance in her brain, for which she was prescribed an antidepressant.

Jenna found her emotional reactions jarring. They defied her basic assumptions about herself as confident, mature and self-sufficient. She told me she welcomed the diagnosis of a neurobiological disorder, which confirmed her problem was ‘real’ – brought on by a physiological force external to her volition – and that it showed she’s not ‘just a slacker’.

At the same time, Jenna was careful to distance her experience from that of people who are, in her words, ‘crazy’ or ‘nuts’. Their illness means a loss of control and ability to function. By contrast, she sees her problem as a common and minor glitch in neurochemistry. No one, she insisted, should mistake her for the mentally ill.

Jenna was one of 80 diverse volunteers that a research team at the University of Virginia and I interviewed in Chicago, Baltimore, Boston and two small cities in central Virginia. We wanted to find out how people deal with common forms of psychological distress and challenging circumstances, such as: shyness and nervousness in social situations; underperformance at work or school; struggles after the loss of a significant relationship; and disappointment with how their lives are unfolding. A majority of our interviewees had received some form of psychotherapy and/or been diagnosed with a condition such as depression, social anxiety disorder or attention deficit disorder, and prescribed a psychiatric medication.

It was striking that many (though not all) at least partly explained their distress in terms of biological causes, particularly a neurochemical imbalance. Yet thinking of their problems in this way was a fraught process. Like Jenna, many interviewees sharply distinguished themselves from the mentally ill and cast the mentally ill in a very negative light. This stigmatising of people with serious mental illness wasn’t based on any first-hand experiences; rather, it was motivated by a desire to protect their own dignity and social standing. To justify the distinction between their own situation and mental illness, our interviewees rejected the idea that they had an ‘illness’ as such, detached themselves from any formal diagnosis using statements such as ‘that’s what the doctor calls it’ or, in some cases, they avoided seeking medical help altogether.

For people like Jenna, who embraced a neurobiological explanation for their problems, this created a conundrum, which many of them resolved by creating a separate classification for their own experience – what I have called a ‘third condition’. The people we spoke to did not give this ‘condition’ a name or explicit meaning. Rather it emerged in the rhetorical space opened up by the way they framed their personal struggle, distinguishing it from mental illness, on the one hand, and normality, on the other.

Consider the perspective of another of our interviewees, a young woman I’ll call Piper, who had been diagnosed with depression. When ‘you think mental illness’, according to Piper, ‘you think schizophrenia and crazy people, and I’m not crazy, I just get really nervous.’ In making this distinction, interviewees like Piper and Jenna not only claimed that they were less impaired than the seriously mentally ill, they also insisted that their experience was categorically different. Piper said of herself that biologically something is just ‘a little off’. She has ‘too little or too much or whatever it is that makes you have these issues’. Distinct from ‘crazy people’, she has control over her mind and her story. All she needs is a little pill. Yet at the same time, her ‘condition’ is also different from the mundane challenges that normal people might face. Piper was adamant that her nervousness in social situations is different from ordinary shyness. Her taking of medication is warranted. She has a third condition caused by an ‘imbalance’.

The ‘crazy people’ are shadowy, depersonalised figures – the damaged, uncontrolled ‘other’

To reconcile their perspective with the fact that they had received a psychiatric diagnosis, many interviewees credited a medical professional or a confidant for suggesting something like this third condition idea to them. Others emphasised the ordinariness of their experience and compared it to the types of routine problems that regular physicians treat. As one interviewee put it, ‘all you have to do is take a pill’.

There are echoes here of the messages conveyed in direct-to-consumer advertising for psychiatric medication. I’ve analysed the content of these adverts and found that distress, as listed in symptoms and portrayed in the patients’ stories, is often presented as a ‘real medical condition’ and yet unlike mental illness. The ads contain no references to psychiatrists or to the diagnostic manual of mental disorders from the American Psychiatric Association (APA), nor use of phrases such as ‘mental illness’ or ‘mental disorder’, and no depictions of those affected as anything but productive and successful citizens. In the words of our interviewees and in the advertising messages, the ‘crazy people’ are shadowy, depersonalised figures – the damaged, uncontrolled ‘other’ against whom the implicit comparisons are being drawn.

The views we encountered in our interviews are consistent with national surveys of public opinion about mental health. Today, with respect to mental health problems, the lay public much more freely endorses biological causes, the seeking of medical help and the use of psychoactive medications than in the past. Their views have converged with the biological perspectives long promoted in public campaigns to reduce the stigma of mental illness. According to the American anti-stigma organisation Bring Change to Mind, for instance: ‘The fact is, a mental illness is a disorder of the brain – your body’s most important organ.’ Among anti-stigma researchers and activists, the evolution in public attitudes toward biological psychiatry has been celebrated as a sign that the public has at long last become ‘literate’, with a ‘more scientific’ even ‘sophisticated’ understanding of mental illness.

In promoting a biogenetic causal theory, anti-stigma campaigners – as well as psychiatrists, the popular media, and others – hoped to convince people that mental illnesses are ‘just like’ other chronic physical ailments, such as ‘heart disease or diabetes’, to quote the APA, and could be medically addressed. This approach would, in turn, alleviate mental illness stigma and foster tolerance by reducing the (allegedly common) tendency to hold sufferers responsible for their condition. The result, it was confidently believed, would promote treatment optimism and increased help-seeking.

But something unexpected happened. The public embrace of neurobiology has not led to a more benevolent orientation toward the mentally ill. Rather, according to an editorial in the Journal of Psychiatry and Neuroscience in 2015, ‘well-conducted studies have concluded, almost uniformly’ that the stigma-reduction strategy of recent decades, informed by ‘biogenetic attribution of all mental disorders’, has ‘not only not worked, but also may have worsened public attitudes and behaviour toward those with mental illnesses’. Such studies have shown that the growing endorsement of biological causation has continued to exacerbate the stigmatising of mental illness among the general public, patients and professionals.

What accounts for this paradoxical result?

I believe that our interviews reveal a crucial reason. While people accepted a neurobiological explanation for their problems, they struggled against the dehumanising notion that their thoughts, feelings or behaviour were mechanistically caused. Drawing on clinicians, drug ads and the popular media, the caricature of the seriously mentally ill served as a pivotal image by which to contrast and affirm their own control and self-determination. Millions of Americans – and countless others in Western countries – likely find themselves sharing this or a similar perspective.

As I argue in my book Chemically Imbalanced (2020), to defeat this othering and reduce stigma, clinical practice needs to move away from biogenetic causal language. Psychiatric research doesn’t support the notion of simple cause and effect in mental health, instead uncovering a far more complex and indeterminate picture of vulnerabilities. There is no evidence to justify the continued promotion of one-dimensional theories such as ‘chemical imbalance’. Nor does the beneficial use of psychiatric medicines require it. In fact, their precise mechanism of action and relation to troublesome experience remains a mystery. It would be more truthful for mental health professionals and public health campaigns to acknowledge this.

It’s true, as interviewees such as Jenna made clear, that patients often find biogenetic language appealing. It provides a way to establish their suffering as both tangible and unfeigned, and it offers a simple account and positive prognosis for their struggles. However, the very notion that to be ‘real’, mental suffering must equate with some kind of physiological malfunction is deeply misguided. Dropping this reductionist premise could restore the deeper questions of phenomenological experience and meaning. What makes the difficult experience feel the way it does? How does the experience induce shame or anxiety or disappointment? How are people’s experiences connected to their relations with others and the world around them, and how are these relations disrupted?

The idea that one’s distress is primarily caused by a neurochemical deficiency that can be corrected by a drug is a fiction. The idea that it explains first-person experience or that it offers some exemption from responsibility is a fiction as well. As the interviews made clear, people adopted the biogenetic account because they thought it was based in science. The interviews also show how this account undermines the kinds of introspection and self-examination that can lead to meaningful self-knowledge.

Mental health treatment needs to re-engage with the language of persons. This means suspending the detached, third-person stance toward patients, and attending to their actual experience and circumstances. And it means encouraging patients themselves to avoid this stance and draw on the normal ways that people make sense of their emotions and actions. In this everyday language, we intuitively refer to intentions and desires and a person’s reasons for thinking, acting or feeling as they do. When explaining difficult experience, we don’t ordinarily speak of causation or mechanisms but presuppose of our own action and that of others some degree of freedom and control, and we pay attention to relationships, history and social context, such as adverse events, confounding circumstances or unrealised dreams. Even episodes of psychopathology can be explored in the language of persons, as when psychologists speak of hallucinations, delusions, compulsions and so on. Unlike the mechanical picture of a brain misfiring, this language permits a form of understanding that can bring unusual and challenging mental states into conversation with a person’s relation to the world.

Recovering this interpretive conversation means sharply circumscribing if not dropping biogenetic talk. It means seeking understanding, which is what people dealing with emotional suffering, like those we interviewed, yearn for. An understanding as persons, embodied and situated in a life-world. An understanding that is the enemy of fear and requires no othering.