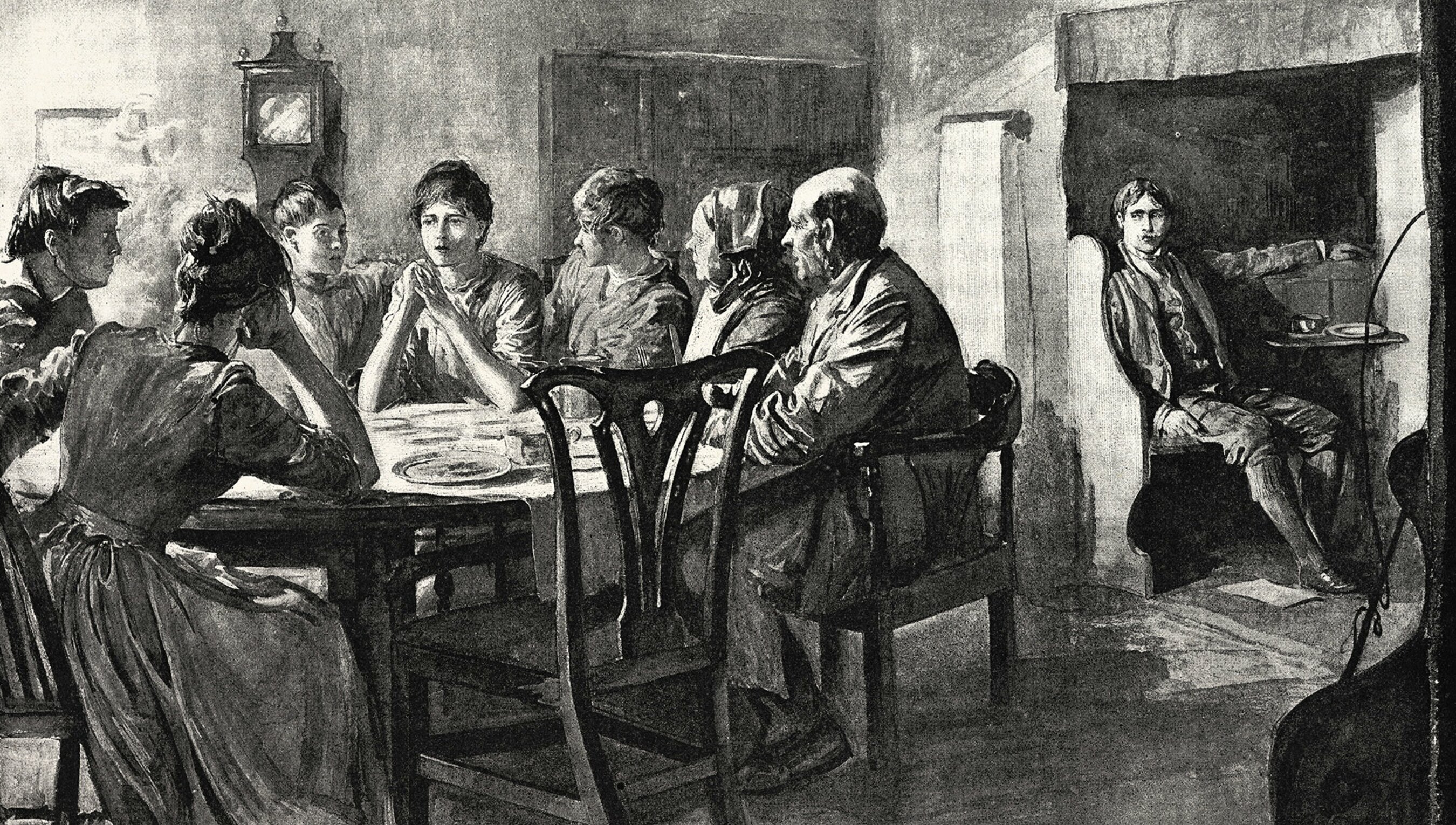 is an assistant professor in the Department of English at Harvard University and a junior fellow at the Harvard Society of Fellows. She is writing the book Spoken Words: Direct Speech in Nineteenth-Century British Novels for Princeton University Press. Her work has appeared in publications including The New York Times Book Review, The Los Angeles Review of Books, The Paris Review, and Public Books, where she co-edits the Literary Fiction section.

When you think of 19th-century novels, who do you remember? Most likely, you recall Jane Austen’s quick-witted heroines Elizabeth Bennet and Emma Woodhouse, Charlotte and Emily Brontë’s moody heroes Rochester and Heathcliff, or Charles Dickens’s eccentrics Miss Havisham and Ebenezer Scrooge. You might even remember their most distinctive lines: Oliver Twist’s plaintive ‘Please, sir, I want some more’; Darcy’s contemptuous ‘She is tolerable, but not handsome enough to tempt me’; or Cathy’s impassioned ‘I am Heathcliff!’ Although these distinctive characters and their memorable utterances take up most of our attention, they in fact make up only a small fraction of the population of 19th-century novels. Instead, most dialogue in novels of the period portrays complex personal relationships (familial, social, romantic, professional) between characters who know each other. But these novels are also full of forgettable, unnamed characters who speak a few, forgettable words.

These anonymous men and women typically speak a sentence or two and then disappear, never to be seen or heard from again. Most of these unnamed characters appear as participants in anonymous interactions – that is, fleeting and terminal verbal exchanges between two characters who are unknown to each other and unconnected by any enduring relation. These are often quick financial transactions (think of, for example, speaking to a cashier at a supermarket as you pay for your groceries) or brief encounters between strangers who exchange nothing but words (like talking to someone on the street after you both witness an accident).

This is a widespread phenomenon – anonymous interactions occur in works by authors including Dickens, Charlotte Brontë, Thomas Hardy, William Makepeace Thackeray, Anthony Trollope, and Arthur Conan Doyle. In Brontë’s Jane Eyre (1847), for example, 20 of the 66 speaking characters are unnamed; in Oliver Twist (1838) by Dickens, 42 speaking characters are named and 45 remain unnamed; of 105 characters who speak in Hardy’s Tess of the D’Urbervilles (1891), 38 are never named.

These unnamed marginal characters – ostlers, bakers, porters, milliners, waiters, policemen, shopkeepers, bank tellers – appear, at first, totally inconsequential. Readers learn very little about them (sometimes nothing other than the words they utter), and they rarely have any significance for the novels’ plots. But they make visible the interactions between strangers that are not only possible but prevalent in abstract, industrial society. Inconspicuous minor characters in 19th-century novels and the functional, banal words they speak can help us understand why encounters with strangers might somehow be, for middle-class subjects, both enervating and pleasurable.

Anonymous interactions in the 19th-century novel typically occur when a known, named character is participating in the transactional public sphere, and thus has to speak to someone they do not know. We see, for example, Becky Sharpe of Thackeray’s Vanity Fair (1848) speaking to a bank teller, Jane Eyre asking a postwoman if any letters have arrived for her, and John Thornton speaking to a shopman after ordering fruit in Elizabeth Gaskell’s North and South (1854):

… he went straight to the first fruit-shop in Milton, and chose out the bunch of purple grapes with the most delicate bloom upon them, – the richest-coloured peaches, – the freshest vine-leaves. They were packed into a basket, and the shopman awaited the answer to his inquiry, ‘Where shall we send them to, sir?’

There was no reply. ‘To Marlborough Mills, I suppose, sir?’

Each of these interactions (and others like them) are brief and mundane, but they invite us to, first, consider the public sphere that lies beyond the narrow set of relationships that stand at the centre of most novels; and, second, to contemplate the nature of relations between strangers in a modern, capitalist society.

It is not difficult to see why this kind of social contact can be enervating. Anonymous interactions in 19th-century novels reveal the disconnection between people living in close physical proximity that is definitive of life in modern society. When major characters communicate with unnamed strangers, we see the ways in which modern society is a collection of atomised, isolated individuals unconnected by meaningful bonds of duty or obligation. These interactions offer a glimpse of the alienation and estrangement that is characteristic of life in the modern public sphere.

But many 19th-century novels show that, despite all this, these exchanges are not simply negative. Interactions can reveal the indifference and detachment that is characteristic of life in modern society, but they also show the reliability and neutrality of the public sphere. Encounters with strangers in public often rely on cooperation – they are reciprocal (you pay for a coffee, you get a coffee), respectful (you ask for your coffee politely) and, while distant, also social (the barista asks you how your day was). Some amount of sociability is essential to every successful transaction. And, at the coffee shop (or restaurant or store or bank), interests can be clear and explicit: you want a coffee, you ask for it, you pay for it, you get it. In large societies in which most people are not connected by blood or community or religion, but rather by impersonal, rational ties, these anonymous interactions play a vital role in producing, and maintaining, civility.

Indeed, interactions in the public sphere might be dispassionate and impersonal but there is something reassuring, even comforting about this. The dual character of the transactional, outside world is perhaps particularly easy to see after the COVID-19 pandemic, which denied many people the opportunity to participate in society. It might be alienating to interact with people who are not bound to us in any meaningful way, but the anonymity that many experience in these brief encounters with strangers can also be a relief.

After being stuck inside for months, perhaps with people we now know only too well, and assiduously avoiding anyone we didn’t already know, there is something newly delightful, even liberating, about mundane, insignificant conversations with strangers who don’t know anything about us. To be clear, this is often true only for one of the two participants in any interaction. For the supermarket cashier or the mechanic or the shop assistant, for example, these interactions might be wholly alienating. But, for the middle-class consumer, there is both alienation and freedom to be found in anonymity. For this group of people, these kinds of daily interactions can feel less like necessary inconveniences and more like a chance to revel in the disinterested, but essentially cooperative, ways that we communicate with people we live alongside but do not know.

Stories and literatureConversationPleasures and pastimes
29 September 2021