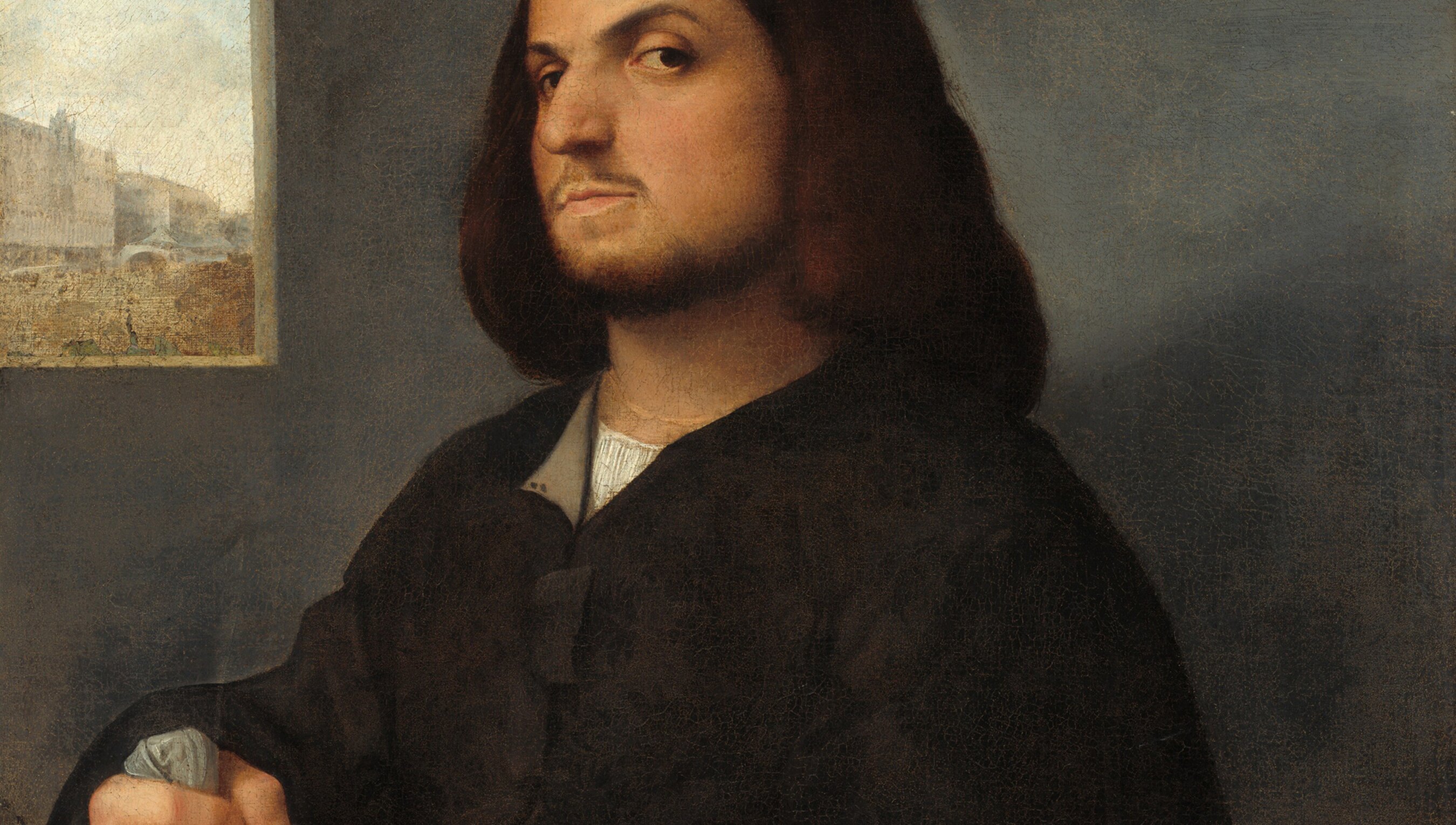 Portrait of a Venetian Gentleman (c1510-15) by Giovanni Cariani. Courtesy the National Gallery of Art, Washington

What makes hate a unique emotion – and why that matters

Portrait of a Venetian Gentleman (c1510-15) by Giovanni Cariani. Courtesy the National Gallery of Art, Washington

by Cristhian A Martínez + BIO

is a PhD candidate at the department of Experimental and Applied Psychology at Vrije Universiteit Amsterdam. His research focuses on understanding how people respond to transgressions in the social and political spheres from their value and belief systems.

Imagine John, an honest employee whose colleague is a bigot and a harasser of women. From their first interaction, John didn’t like the way his coworker made inappropriate jokes. He recently called John ‘too soft’ after John declined his proposal to steal from their company to make some ‘extra money’. While he might never openly admit to hating anyone, John privately thinks to himself: This guy represents the worst in our society; I hope something bad happens to him and he goes away; I hate him.

What does it mean to say that someone like John hates his coworker, rather than just disliking or feeling contempt for him? People claim to ‘hate’ all sorts of things in their daily lives: drama, traffic jams, math, broccoli, Mondays. But if they are asked about other people, especially specific individuals and groups, feelings of hate are usually not disclosed so easily. Hate is a heavy subject. When trying to understand prejudice, terrorism or genocide, people cannot help but think of hate as one of the primary causes.

Currently, there is no consensus among scholars about hate’s nature. Hate has been described widely as an emotion, but also as an attitude or a sentiment. Some scholars think that hate is an extreme version of anger or dislike; some describe hate as a blend of emotions such as anger, contempt and disgust; and others regard hate as a distinct and unique feeling. Theories also diverge in their descriptions of hate’s antecedents, triggers, functions and behavioural outcomes. Nevertheless, people confidently talk about hate speech, hate crime, or anti-hate campaigns.

What we do know is that hate is intense and enduring, and it seems to be based on a view of its targets as essentially bad and threatening. For example, when the Hutus slaughtered the Tutsis in the Rwanda genocide of 1994, the hate they experienced appears to have been based on the perception that the Tutsis were essentially evil and that they should be eliminated. The hate embodied by the Ku Klux Klan and other extremist groups often goes back decades or longer, transcending generations and sometimes lying dormant until finding a new trigger. We also know that people can hate close individuals such as family members, friends or romantic partners.

Still, there is a lack of empirical research examining hate’s distinctive features, partly because studying hate is methodologically difficult and research ethics boards are not very happy about inducing feelings of hate in study participants. So I recently set out to investigate how the feeling of hate is different from dislike, anger, contempt and disgust, conducting a series of studies with Jan-Willem van Prooijen and Paul Van Lange at the Vrije Universiteit Amsterdam. We asked participants in the US to anonymously describe their own experiences of feeling each of these negative emotions, either toward an individual or a group. They rated the emotional intensity and duration of each experience, how threatening they perceived the individual or group to be, and other dimensions of the experience. Under the condition of anonymity, most people openly described individuals and groups they hate – often with a cathartic level of detail – suggesting that experiencing hate is more frequent in people’s lives than we might imagine.

Our key finding is that, across the different dimensions, hate seems most distinct from dislike and anger, somewhat less distinct from contempt, and least distinct from disgust. For instance, compared with dislike, anger or contempt (but not disgust), participants rated their experiences of hate as more intense. And compared with dislike or anger toward specific individuals, they rated their experiences of hate as more enduring, perceived hated individuals as more threatening to society, and expressed a greater inclination to engage in behaviours such as confronting, harming or offending them. People also perceived hated individuals as more threatening to them personally than individuals toward whom they felt other negative emotions. These findings suggest that hate is a distinct feeling, but also that it shares some features with the other emotions, especially with contempt and disgust.

What explains these differences between hate and other negative emotions? The answer might lie partly in the reasons for which each emotion has evolved, and in the particular ways in which people see the targets of each emotion. Negative emotions are thought to have evolved as goal-oriented mechanisms that help individuals to coordinate their physiological, cognitive and behavioural systems for dealing with different threats. Dislike is a broad negative affective state that guides people’s preferences. When people dislike someone, that does not mean they necessarily wish to harm that person. Rather, they simply prefer not to be near them. Although hate, too, is a negative affective state, it implies that one really wants the other person out of one’s life completely (as in the case of John, who wishes his coworker would disappear), and might be willing to take steps to make that happen.

When we compare hate with anger, contempt and disgust, the differences are a bit more nuanced. People get angry when others misbehave, and the anger is aimed at changing the behaviour of the misbehaving person in the short-term. For example, if somebody lights a cigarette in a non-smoking area, people around might get angry, and their overt expression of anger (via direct remarks or body language) could induce the smoker to put out the cigarette or leave. However, unlike anger, hate seems to be aimed not at the targets’ behaviours, per se, but at the targets themselves (ie, who they are or what they represent). Hate’s goal is therefore not to change the target’s behaviours but to get rid of the targets, based on the perception that they are essentially bad and unchangeable. That is likely one reason why people tend to experience hate for significantly longer periods of time than anger, which often dissipates relatively quickly once the unwanted behaviours cease.

Contempt and disgust are, like hate, focused on an individual’s or group’s disposition. Contempt consists of ‘looking down’ at others or viewing them as inferior, and its goal is to derogate and exclude them. Disgust is evoked when people appraise others as immoral or undesirable, and the goal of disgust is to avoid or distance oneself from them. When people feel hate, however, the targets are not just perceived as inferior, immoral or undesirable, although they might be perceived as all of these. There is something else, something about them that motivates an especially strong reaction, to the point of wanting to eliminate them physically or symbolically (such as by eliminating a group’s symbols, in the case of intergroup hate), rather than only excluding or avoiding them.

So, what is it that people find so threatening about the targets of their hate? In a set of studies currently under review, we tested whether hate was triggered to a higher degree by threats to people’s resources and goals or by threats to their values and worldviews. We found that participants expressed significantly more hate toward individuals endorsing views that were opposite to their own on issues such as abortion, the legalisation of drugs, or same-sex marriage than toward individuals who blocked their goals and caused them to lose a reward. This could indicate that at least part of what people find particularly aversive about their hate targets is the perception that those individuals or groups endorse the opposite of what they believe is fair, noble and right, or their idea of what is a good life or a good society.

These beliefs are part and parcel of people’s identities, which adds an extra, threatening ingredient. People can dislike aspects of a person, or get temporarily angry at their behaviours, but hate seems to be related to fundamental and non-negotiable disagreements in core moral beliefs. While these disagreements could be present to some degree when people feel emotions such as contempt and disgust (helping to explain their closeness to hate), when people feel hate, these moral differences might be taken as personal threats, based on the importance of people’s values and beliefs to their sense of who they are. This could fuel a heightened emotional experience and prepare individuals for attacking rather than avoiding their targets.

Having a clear idea of what hate means and what its dynamics are is essential for identifying and responding to it. For instance, political ideologies that capitalise on identity threats, or on the supposedly evil character of certain groups, might be instilling much more than anger among followers – sowing the seeds for long-term aggression and fostering social division. Policymakers who are conscious of this might make stronger efforts to combat the spread of hate-triggering narratives and raise awareness among citizens. A clearer conceptualisation of hate might also, by extension, contribute to a better understanding of related concepts such as hate speech or hate crime, providing tools for legal actions or anti-hate initiatives. There is much more to learn about this strong negative emotion, but we are developing a better sense of what, in fact, it means to feel hate.