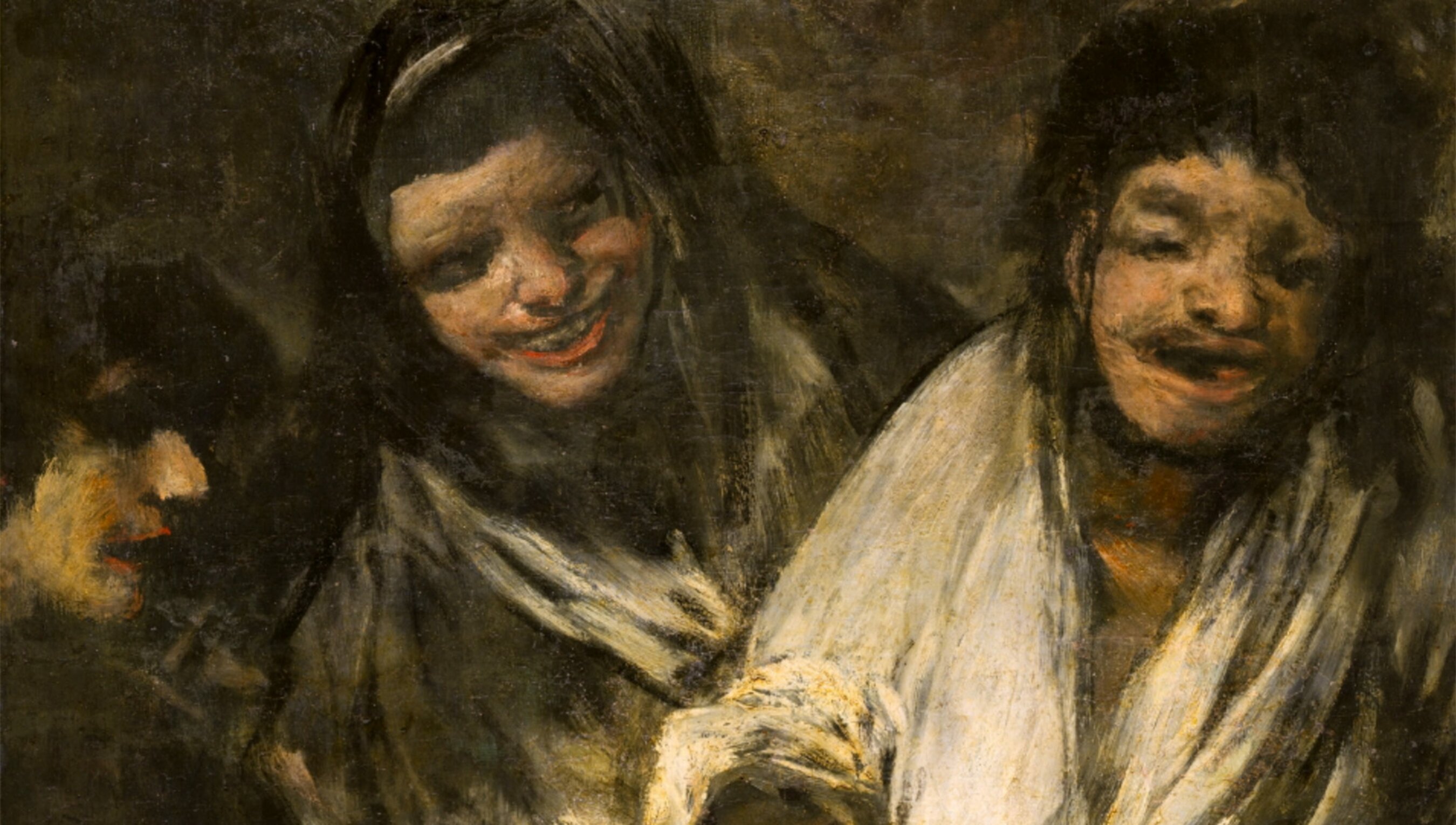 How a secret European language ‘made a rabbit’ and survived

holds the Byron and Anita Wien Chair in drama and in English and comparative literature at Harvard University. As general editor of the Norton Anthology of World Literature, he has brought 4,000 years of literature to students across the globe. He is the author of The Written World: The Power of Stories to Shape People, History, and Civilization (2017) and The Language of Thieves: My Family’s Obsession with a Secret Code the Nazis Tried to Eliminate (2020).

They started out as apprentices looking for masters, students looking for teachers, or soldiers looking for wars, but they ended up as travelling tinkers, peddlers, beggars and thieves, members of the itinerant underground of central Europe. Carrying forged papers and false names, they were feared by peasants, shunned by burghers and hunted by the police. Catholics and Protestants, Jews, Sinti and Roma – they had little in common, neither bonds of religion nor ethnicity, except for the life into which they had drifted, the life of the road.

The underground of central Europe, from the Middle Ages to the modern era, is all but inaccessible to us today. Those wandering its roads left few traces of themselves, except for the secret signs they carved on trees to warn each other of aggressive policemen and rabid dogs, or to recommend kindhearted householders willing to provide bread and water. These markings faded but there remains a way to catch glimpses of this lost world: its language. Over the course of hundreds of years, the people of the road evolved a distinct way of talking that strengthened their resilience, fostered solidarity and helped them survive. As it was purely spoken, this language, too, almost disappeared – had it not been for police forces across central Europe that decoded it like the cipher used by enemy powers. Collaborating across jurisdictions from the Middle Ages to the 20th century, the police recorded this language by arresting its speakers and forcing them to divulge their words and phrases. The police also named it: Rotwelsch.

Rot was a word for beggar (in Rotwelsch), and welsch could mean Italian but mostly it meant foreign and incomprehensible. There was some truth in the name, because Rotwelsch speakers freely mixed German, Yiddish, Hebrew, Czech and Romani, the language of the Sinti and Roma (who used to be called Gypsies because they were falsely believed to have originated in Egypt) in ways that were incomprehensible to outsiders. To German or Yiddish speakers, it sounded as if Rotwelsch speakers had stolen words and twisted their meaning.

Rotwelsch was a name for the language used not by the speakers themselves but by those who regarded vagrants as untrustworthy foreigners. While the police continued to believe that vagrants obscured their words deliberately to make it welsch to outsiders, in reality these vagrants’ words were only as incomprehensible as any language is to those who don’t speak it. The true purpose of Rotwelsch was not to keep things secret but to help these outcasts navigate their daily lives and to create community among them. A second name captured this reality, kochemer loshn, which, like many words in this language, came from Hebrew: chokmah, for wisdom; and loshn, for tongue or language. This name didn’t denounce the language as a beggar’s cant but celebrated it as a way of talking for those in the know, as the lingo of the wise guys.

For Rotwelsch (or kochemer loshn) speakers, who were in permanent flight from the law, there was little difference between trading and stealing, which is why they had a single word for both, as for traded and stolen goods: the Yiddish word sore, meaning trouble, problem, calamity. Words for food, sex, and lice – an affliction of itinerants everywhere – abounded in their language, as did words for police and for getting arrested.

The police realised that he had an unusual skill: he was a good scribe, thanks to years of forging papers

The worst that could happen was being sent to school, which meant going to prison, a phrase adapted from the German Schule (school), which had been transformed into the Yiddish word for synagogue. (Calling prison ‘school’ later became common in the American underground and was used, most recently, in Martin Scorsese’s film The Irishman). The 19th-century policeman Friedrich Avé-Lallemant, the first true scholar of Rotwelsch, would have much to say about this equation of school and prison. He studied Rotwelsch and its speakers, and drew a single lesson from the experience: the necessity for police reform.

To avoid being sent to school, Rotwelsch speakers had to cultivate the art of making a rabbit, by which they meant how best to make like a rabbit and dash off.

This witty and wise language, which mistrusted big words and official institutions, expressed with poetic precision what it was like to live in difficult circumstances, of being in a pickle. But why a pickle? Actually, the whole phrase was a misunderstanding, a false translation from Rotwelsch. The original Yiddish phrase (Zores und Jokreszeit) had nothing to do with pickles, only sounded like them (to German ears, like Saure Gurkenzeit, or ‘pickled cucumber time’), so that German speakers mistakenly started talking of pickles when they were in trouble. Before long, the phrase entered English, which means that you, too, dear reader, have been speaking Rotwelsch without realising it.

Ferdinand Baumhauer was one of the Rotwelsch speakers whose life is reconstructed in my recent book. Born in 1818 into a family of cotton weavers, Baumhauer had apprenticed himself to a cobbler at 13, and a few years later begun the customary stint as a journeyman, hoping to learn from other masters of the trade. But Baumhauer quarrelled with another apprentice and left his position. Seeking cheap accommodation for the night, he chanced upon a shelter favoured by tramps, his first contact with the secret world of the road. Something about them appealed to him. Perhaps he was tired of having to serve masters who were often strict and abusive. He decided to quit his life as a journeyman and begin the more precarious one as a vagrant.

When Baumhauer was arrested many years later, the police realised that he had an unusual skill for a vagrant: he was a good scribe, thanks to years of forging papers. The police asked him to write down scenes from life in the underground. Baumhauer complied, filling a book with scenes of vagrancy written in his underground language. Baumhauer was the perfect informant, a vagrant with good penmanship. He even provided the decryption key – the meanings of secret words – on the right-hand side of each page and added helpful information at the bottom in the form of footnotes, aware of how little the police would know about the life he was describing.

He wrote of a family led by Walter and his wife, known as Walteress, making a narrow escape. A mounted policeman stops Walter to check their papers (undoubtedly forged) while Walteress has gone to beg in a nearby village for some sore. Walter convinces the policeman that nothing untoward is happening, but then the policeman hears dogs barking in the village and senses that something isn’t right. Walter has already left by this time, and Walteress, thinking quickly on her feet, realises what a pickle she’s in, avoids the policeman and meets up with Walter away from the village. The policeman realises that the two have made a rabbit and pursues them. Fortunately, the Walter wagon races ahead and crosses the border to the next jurisdiction.

Baumhauer knew all about escape. Once he’d finished writing his stories, the police relaxed their vigilance and he fled. The Baumhauer case is an unusual example of how this secret language survived via police archives. These records of Rotwelsch came from the intent to police its speakers, but they allowed me to reverse-engineer the lives of the speakers who expressed their view of the world through its distinct idiom.

Early researchers of Rotwelsch, such as Avé-Lallemant, spoke of Rotwelsch as a ‘professional language’, the technical jargon of thieves comparable with that of doctors, lawyers, hunters (and professors). Today, linguists speak of it as a sociolect, the speech of any distinct sub-group. A sociolect doesn’t quite rise to the level of a full language because it doesn’t have its own grammar; in the case of Rotwelsch, it borrowed its grammar from German. But precisely because Rotwelsch wasn’t a regular language and instead consisted of words useful only to a specific group – words for police, for getting into pickles, for getting arrested, for different kinds of prisons, and for making a quick escape – it now works so well as a record of a particular way of life.

My uncle, a bohemian writer who had become obsessed with Rotwelsch, introduced me to it when I was a child. Over the course of many years, he had tracked down its remaining speakers and assembled a large archive on the language. When he died, I inherited his archive, a unique resource for studying the now-lost world of this itinerant underground.

My study of Rotwelsch has also revealed secrets from my own family history. My grandfather, I learned, had been obsessed with Rotwelsch as well, although for different reasons. An early member of the Nazi Party, he had attacked Rotwelsch as an uncouth mixture of German and Yiddish that proved, to his mind, that all Jews were criminals. He wanted the language eliminated. Soon, he would almost get his wish, when Rotwelsch vagrants were among the first to be sent to concentration camps. After the war, he managed to avoid prosecution and bury his past. After learning of my grandfather’s role, I better understood why my uncle had devoted so much time to preserving and reviving Rotwelsch, and why he had taught the language to me: in a form of linguistic rebellion, perhaps even atonement, he decided to undo some of his father’s work.

Throughout my research, I wondered what Rotwelsch sounded like. There would have been significant variations, depending on the different German dialects spoken in various regions of central Europe, from the Rhine to Prague, and from Hamburg to Zurich and Vienna, as well as dialects marked by Yiddish, Czech, Dutch and other regional languages. I was able to locate a documentary film about Gregor Gog, another Rotwelsch speaker I became fascinated with. Living in the first part of the 20th century, Gog tried to organise vagrants, which was why he became known as the King of the Tramps. For the same reason, he was one of the first vagrants to be sent to a Nazi concentration camp (fortunately he was able to make a rabbit and escape, ending up in the Soviet Union). The film documenting his reign is hidden deep in an archive in Berlin, housed in a former SS building, and difficult to access; disappointingly, it is silent.

When I imagine how Rotwelsch must have sounded, I hear my uncle’s voice, softened by his Bavarian dialect, speaking these mysterious words that so captivated me as a child and that have never quite lost their hold over me.

Communication and languageCommunityStories and literature
10 February 2021